Moscow is busy selling its own version of the war in Ukraine to Bosnian citizens – cynically using analogies with the 1995 genocide in Srebrenica to justify its invasion and destabilize Bosnia at the same time.

This was Economist correspondent Tim Judah’s gruelling eye-witness description of the streets of Bucha, Ukraine, after Russian forces left.

Judah, who covered the 1992-5 Bosnian war for the UK Times, spent the first weeks of the invasion in Ukraine, where he witnessed the consequences of crimes committed against civilians when, alongside other reporters, he entered Bucha, Hostomel and other cities, after Russian soldiers had pulled out.

The footage of killed civilians in Bucha caused shock and anger all over Europe. But, the despite extensive footage and testimonials from journalists like Judah who visited those places, Russia flatly insists the Bucha massacre was staged by the Ukrainians.

“The world saw another crime by the Ukrainian authorities in Bucha where they faked the alleged murder of civilians by the Russian military,” Maria Zaharova, spokeswoman of the Russian Foreign Ministry, said.

On April 20 the Russian embassy in Sarajevo conveyed its stand to Bosnian citizens, calling the crimes in Bucha in a post published on Telegram, “a well-planned provocation prepared with the help of American and European intelligence agencies”.

“The main task is to divert the attention of the world community from the [Ukrainian] nationalist battalions’ massacre of the Russian-speaking population.

“Of all suburbs of Kyiv, Bucha was not selected by accident, because for the English-speaking public, the term ‘massacre in Bucha’ (‘Butchery in Bucha’) makes the necessary wordplay,” the embassy announced. 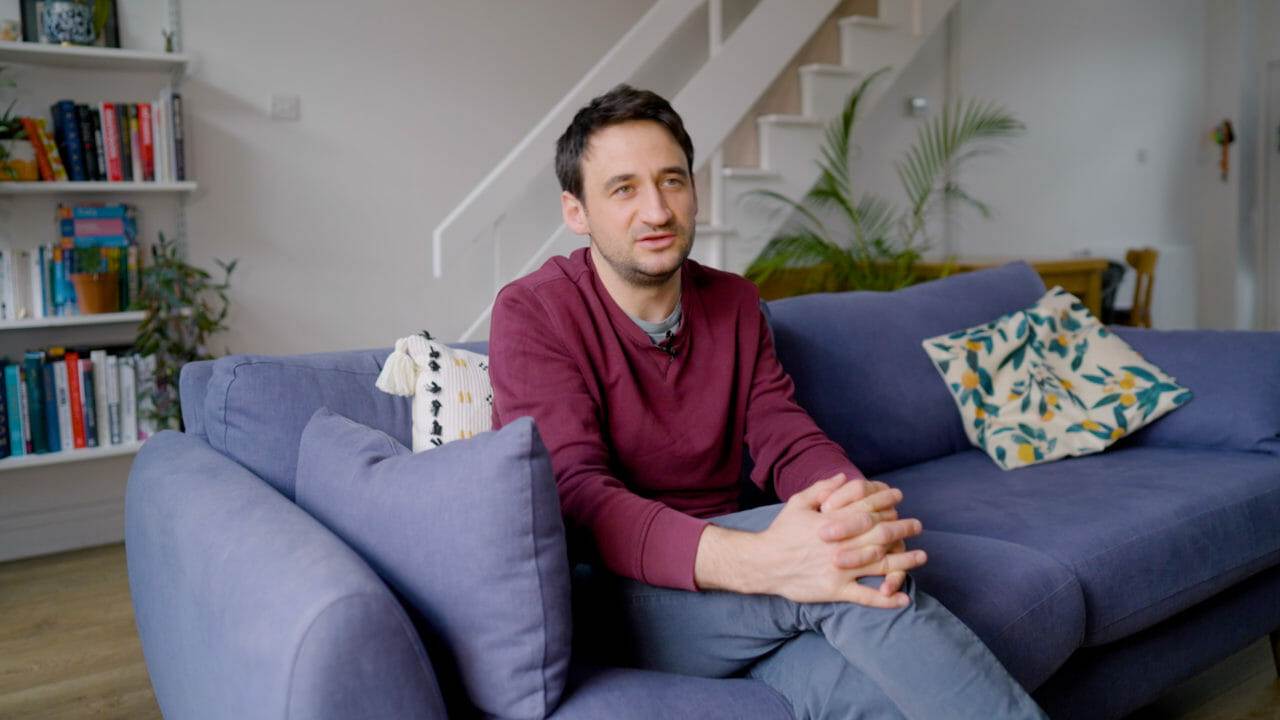 Nick Waters, a journalist from Bellingcat investigative media, recalled how New York Times journalists proved, using satellite imagery, that the bodies were lying in the streets of Bucha before Russian forces pulled out.

Bellingcat has exposed Russian fake news about Ukraine for years. From the beginning of the invasion in February, they have included data that citizens and authorities posted on the internet in their database, hoping this will serve later investigations into those responsible for the crimes.

Russia’s narrative about the crimes in Bucha being staged does not surprise him.

“This is the narrative that we see time and time and time again … I ’ve seen a huge amount [of such narratives] in Syria. We are starting to see them again in Ukraine, and these accusations come from the Russian government,” Waters said.

From the beginning of the Russian invasion, the Russian embassy in Bosnia has almost daily published announcements and translations of articles on the Ukrainian war, originally published in Russian on its social media accounts.

These deny allegations about crimes blamed on Russian soldiers, explain why Russia sent soldiers to Ukraine, and compare events in the eastern Ukraine with th infamous 1995 massacre of Bosnian Muslims in the eastern Bosnian town of Srebrenica.

Such messages concern experts interviewed by BIRN, particularly after Russia’s warning that it will react if Bosnia approaches NATO about joining the alliance.

Since the onset of the invasion, Russia has become more aggressive with its propaganda in Bosnia, the Dean of the Faculty of Political Sciences in Sarajevo, Sead Turcalo, told BIRN.

“They are much more honest in what they are communicating, in the sense that they are saying very clearly what they are against in Bosnia. The opposition they previously expressed towards NATO integration has now expanded to include [Bosnia’s] European integration as well,” Turcalo said. 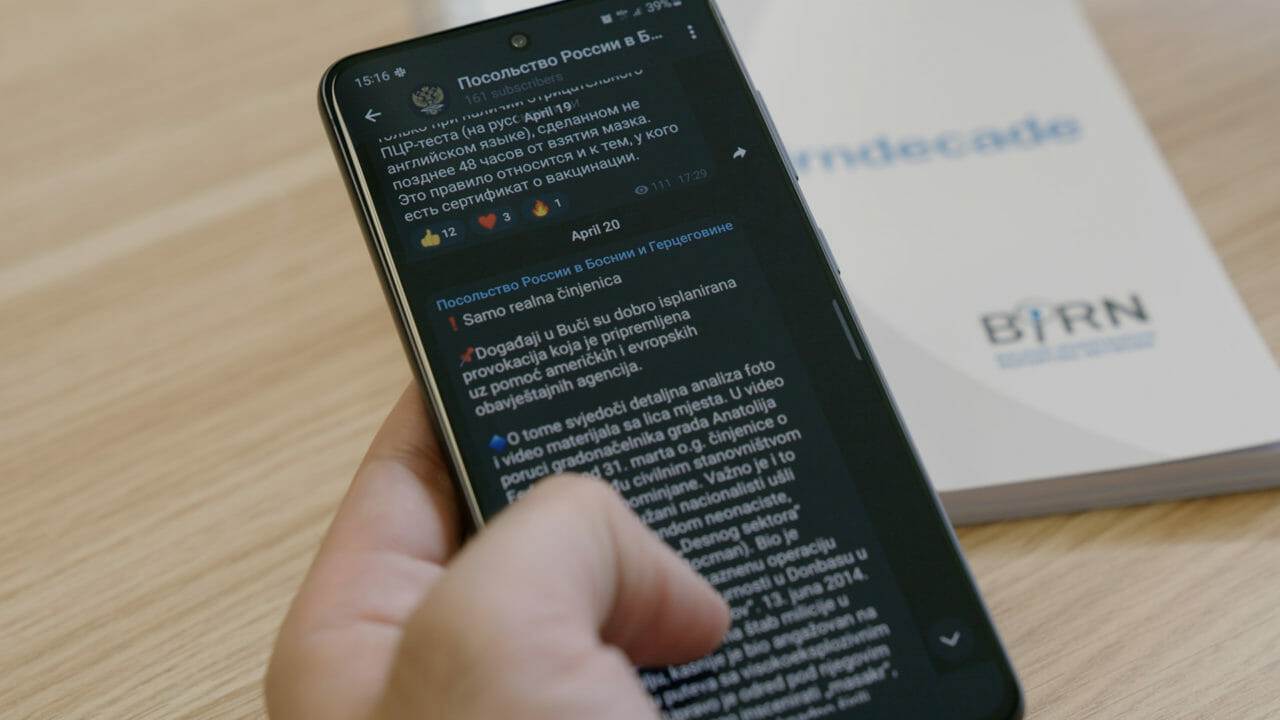 Russian institutions have begun to share their messages more frequently on Telegram, where content checks are not as strong as on Facebook. Since they launched their Telegram channel on the application on March 14, in less than two months they have shared nearly 70 posts in English, Russian and languages used in Bosnia.

The embassy has published a similar number of posts on its Facebook page since the start of the invasion in late-February, which is nearly twice the amount of content published in the same period of 2021.

Independent investigative media and fact-checking organizations have labelled much of what Russian authorities are imposing as the truth as untrue.

Before the invasion of Ukraine started on February 24, citing one reason for their troops entering another country, Russia mentioned Ukraine’s “genocide” against the Russian population in the eastern Ukrainian Donbas region. Russian authorities offered no clear evidence of such crimes with which independent international lawyers would agree, however.

Russian authorities previously compared the situation in Donbas with that in besieged Srebrenica, on several occasions.

Russian President Vladimir Putin back in 2017 predicted that “the massacre carried out by [Ukrainian] nationalist battalions [in eastern Ukraine] will be worse than the one in Srebrenica”.

However, in their official statements, Russian officials never use the term “genocide” for Srebrenica, although it is the official classification of the massacre by the UN and its court in the Hague. As BIRN previously reported, Russia also funds the promotion of reports denying the Srebrenica genocide.

In April this year, the spokeswoman of the Russian Foreign Ministry described the massacre in Srebrenica as staged. The association of “Mothers of Srebrenica and Zepa Enclaves” denounced the statement, accusing Russian authorities of genocide denial.

Genocide researcher Hikmet Karcic said that from the beginning of the war in Ukraine in 2014, Russia has waged an active disinformation campaign.

“The Russian state has never recognized the genocide in Srebrenica. They use Srebrenica as a manipulation tool, to justify what they already did in Donbas in 2014,” Karcic said, referring to Russia’s involvement in the carving out of separatist enclaves in eastern Ukraine.

However, Vojislav Savic, a political scientist from Banja Luka, a Serb- majority town in Bosnia, whom pro-Russian media often quote, says Russia is justified in using the comparison.

For genocide researchers, Russia’s denial of the facts about Srebrenica as determined by the UN tribunal in the Hague raises suspicion about other allegations of potential crimes committed in Ukraine.
Karcic says the first theories about made-up crimes in Ukraine emerged after the appearance of the first images of graves in Bucha.

“The same thing happened in the case of Kapija and Markale and Srebrenica,” he said, referring to claims that massacres in the Bosnian war were staged by Bosniaks themselves.

Turcalo considers that, for Russia, Srebrenica is a practical instrument, given that it “resonates” with the entire international community, including both those who recognize court verdicts on the massacre as genocide and those who reject them.

“Russia is using it very practically, linking ‘de-nazification’ in Ukraine with the prevention of Srebrenica-like crimes. It points to what a ‘nazified’ Ukraine might do,” Turcalo said.

Tanya Domi, a professor at the Columbia University in New York, told BIRN that statements like the one about Bucha as an orchestrated event, as said by Russian spokeswoman Maria Zaharova, were pure manipulation. “What they want is to confuse people and obfuscate the truth,” Domi said.

Besides the mass murders in Bucha, another massacre has also drawn sharp denials by Russia – the shelling of the railway station in Kramatorsk where at least 50 civilians were killed and more than 300 injured, according to Ukrainian authorities. In this case too, the Russian authorities have denied any responsibility.

“You can show footage of the shelling, and of the total destruction of cities, but they will say the footage is not accurate and you are making it up. When the railway station near Mariupol was shelled, they said it was like Markale – that Ukrainians staged it, just like the Bosniaks did,” Karcic said.

Bosnia seen as vulnerable to manipulation 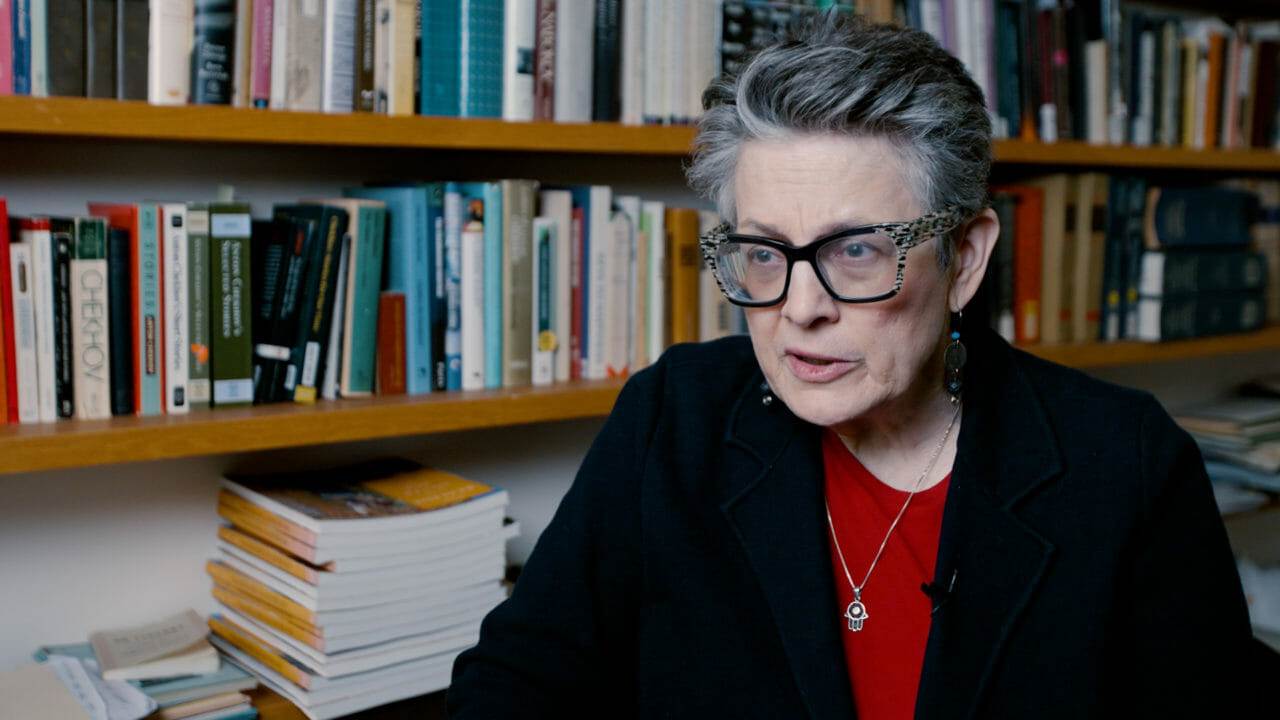 Bosnia is vulnerable place, Tanya Domi says, and Russia is pushing this representation of its own reality in order to spread fear.

“The reason they are posting this on their official websites, they want to flood the zone with all this disinformation about war crimes because it’s very upsetting”, Domi said, adding that she believed Russia’s proxies in Bosnia have also done a lot of damage, citing examples of what she calls obstruction of democracy by Bosnia’s Croat and Serb leaders, Dragan Covic and Milorad Dodik.

“This does a lot of damage to a fragile country that still is recovering from war and trying desperately to become a democracy,” Domi said.

For Turcalo, where Russian propaganda is strongly focussed, destabilization can be the result. “They generate these tensions … to distort the focus of the international community, which is afraid of the emergence of some low-intensity conflicts in those specific areas,” Turcalo said.

Ukraine’s chargé d’affaires in Bosnia, Serhii Miniailo, believes the Russian side is worried by the support that Ukraine is receiving, adding that the Balkans is an area of importance in terms of security in Europe.

“That is why they have to state their opinion so as not to let the entire Bosnia join the group of countries supporting Ukraine,” said Miniailo.

Russia’s embassy to Bosnia did not answer our request for an interview by time of publication.

Judah says the extent of Russia’s harmful influence on the Balkans will depend on the outcome of the war in Ukraine.

“Russia may have been weak economically, but it was still a strong military power. That looks a bit different now; the world has changed,” he said, stressing that the consequences of the war in Ukraine relate to the whole world, especially Europe, not only Bosnia.

Turcalo expects the next election campaign in Bosnia to be the worst since the war ended in Bosnia in 1995. The Bosnian state is in a political, but also a security crisis due to geopolitical happenings, Turcalo said.

“Russia will play its card and if the situation in Ukraine starts developing the way Russia desires, at that point, [the mainly Serbian entity] Republika Srpska will proceed with the secession process,” he warned.