Bosnian Serb leader Milorad Dodik is threatening to escalate his efforts to cut ties between the Republika Srpska and the rest of Bosnia. But how far are his threats and claims based in fact?

After meeting foreign diplomats on October 14, Bosnian Serb leader Milorad Dodik warned of the possibility that some countries may take a leaf out of Washington’s book and threaten sanctions on those deemed to be destabilising the region.

Seemingly undeterred, Dodik, the Serb member of Bosnia and Herzegovina’s tripartite presidency, listed several steps he planned to initiate in the predominantly Serb-populated Republika Srpska entity where his party is in power.

They included a move to declare invalid in the Republika Srpska all decisions taken by the Office of the High Representative, which has overseen the peace ever since a 1992-95 war that killed some 100,000 people.

Dodik blaming foreign powers for the tensions in Bosnia, accused them of wanting to create “a Muslim state” and warned that any move by the European Union to exclude the Republika Srpska from its initiatives in the country would only “cement the independence” of the entity.

He announced the takeover of military barracks in Republika Srpska, which are now managed by the Bosnian Armed Forces, along the model of Slovenia when it seceded from federal Yugoslavia in 1991. Everything would be peaceful, he said, despite the fact that dozens died during 10 days of fighting in Slovenia before the Serb-dominated Yugoslav army withdrew.

He said that a survey among soldiers in the Bosnian Armed Forces indicated strong support among Serbs for joining a Republika Srpska army, claimed that the Republika Srpska could count on Chinese support and revealed that he had requested support from Russia in the event the EU cut off its financial assistance.

BIRN took a closer look at the veracity of Dodik’s claims.

Can entities reject decisions taken by the High Representative? 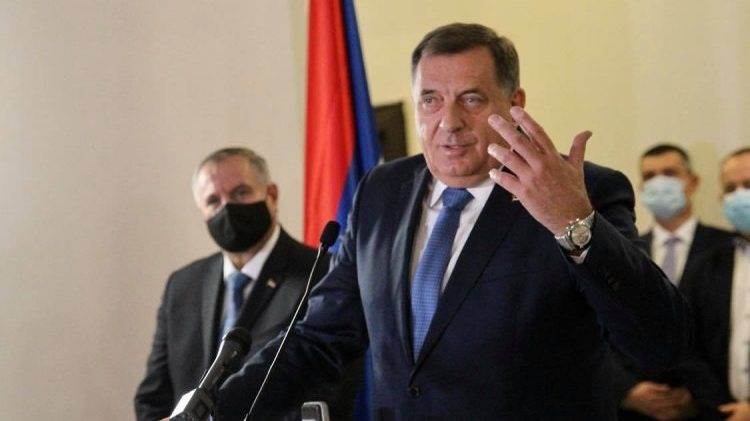 Addressing reporters, Dodik said that within days the Republika Srpska parliament would decide on withdrawing consent for the reform of the army, the High Judicial and Prosecutorial Council, HJPC, the fiscal system and other institutions.

“We shall pass laws declaring null and void and inapplicable the laws of Bosnia and Herzegovina which have been imposed by any High Representative ever,” he said. “In the territory of Republika Srpska, this includes around 140 laws, including the law on the court, prosecution, SIPA, intelligence service and others, and the law on public procurement, because that too has been taken away from Republika Srpska.”

Under the 1995 Dayton Peace Agreement that ended the war, the signatories shall refrain from any action, by threatening or using force or otherwise, against the territorial integrity or political independence of Bosnia and Herzegovina.

Under the Bosnian Constitution, which is Annex 4 to the Dayton Peace Agreement, the entities are obliged to comply with the state level Constitution in the laws they pass.

The laws that Dodik referred to – on the Prosecution and Court of Bosnia and Herzegovina, OSA and SIPA, as well as public procurement – were adopted by the Bosnian State Parliament.

Did Slovenia’s secession from Yugoslavia pass off peacefully?

Dodik announced that the work of the Bosnian Court and Prosecution would be prohibited on the territory of Republika Srpska. Asked by reporters how he planned to get the army, judges and prosecutors out, he cited the experience of Slovenia’s secession from Yugoslavia.

“I refer you to how nicely the Slovenians did that,” Dodik said. “They blocked the military barracks and said that those guys, whom they did not consider good and they also included some Bosniaks, as far as I know, had to leave.”

“We will not bother anyone, we will not touch a hair on anyone’s head; in the end, I believe that Bosniak and Croat soldiers will understand that.”

Slovenia was the first republic to secede from Yugoslavia, but it was not peaceful. After a huge majority voted in favour of independence in a December 1990 referendum, fighting broke out with the Yugoslav People’s Army that lasted 10 days.

According to official data, 44 members of the Yugoslav army died and 146 were wounded. Slovenian forces suffered 19 deaths and 182 wounded. Twelve foreign citizens were also killed. 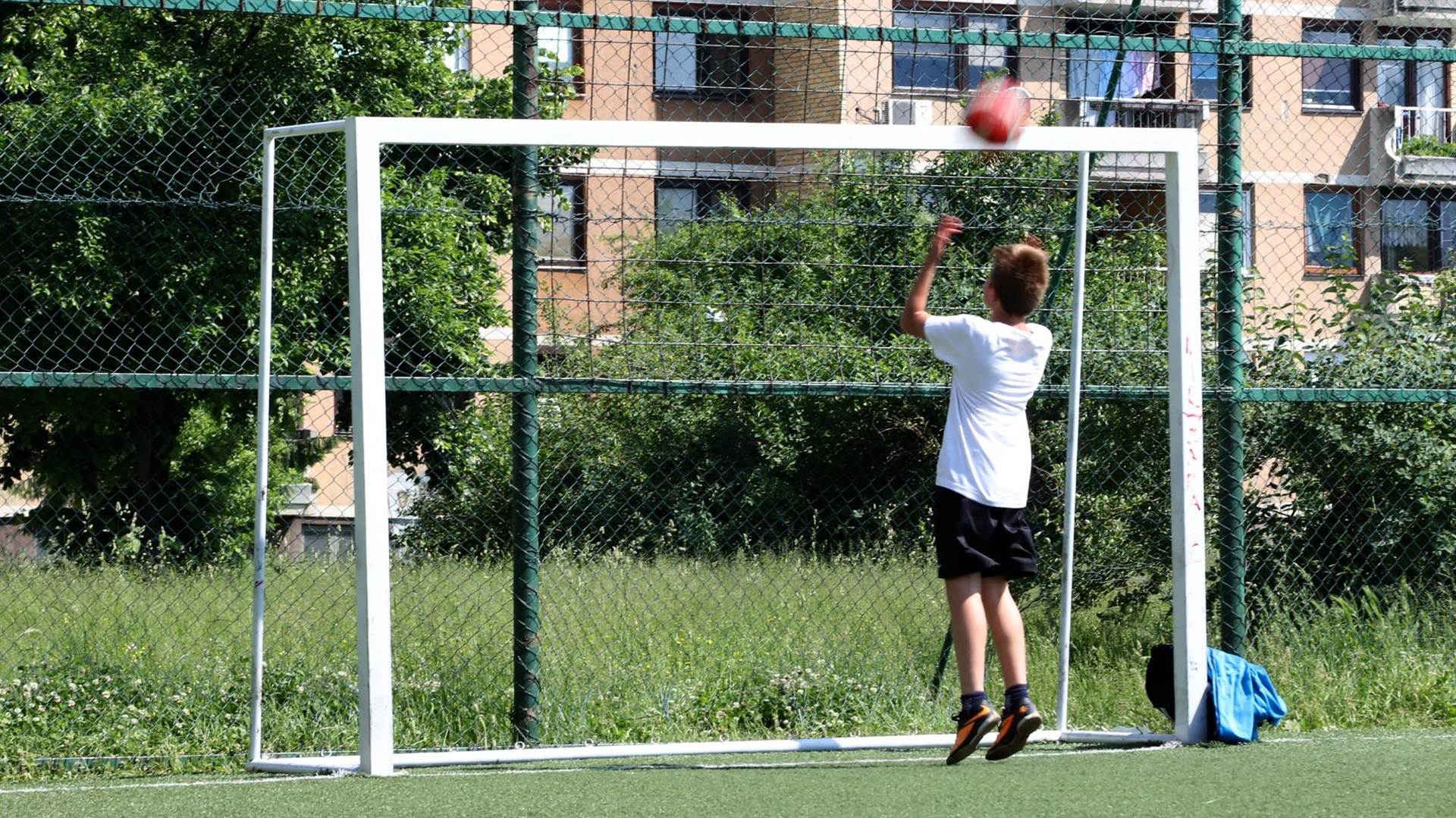 Dodik accused the EU of luring away workers educated and trained at great expense in the Republika Srpska.

“As a community, we set aside a huge amount of money to educate those young and capable people who grew up here, who became literate, who became experts,” Dodik said.

The demographic picture in the Republika Srpska is far from enviable.

No longer are only the poor and unemployed leaving; now, well-educated and highly-qualified individuals are emigrating and taking their families with them, searching out not only better pay but better conditions in which to raise their children, better quality of life and general security.

According to a 2017 study by the Centre for Electoral Studies, CIS, and the Heinrich Böll Foundation, unemployment is the still the biggest driver of emigration, but other reasons include the overall socio-economic environment, healthcare, instability and other issues.

Do most Serbs in the Bosnian Armed Forces want to move to the entity army? 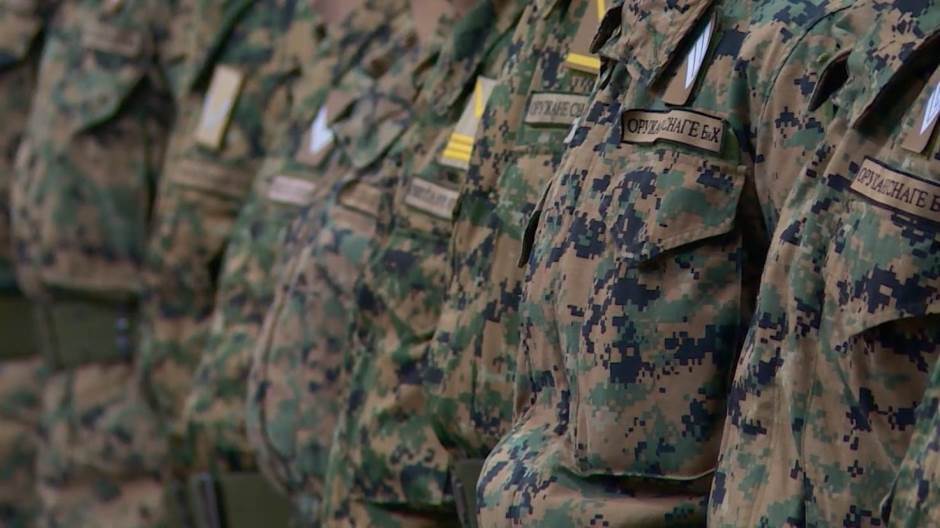 During the press conference, Dodik said that a poll had been conducted among members of the Bosnian Armed Forces, according to which around 80 per cent of Serb troops were ready to “leave the service and join the new structures in Republika Srpska following the adoption of the law on army”.

“As for those 20 per cent, we didn’t get to poll some of them and some perhaps do not want to,” Dodik said. He did not provide any details on who conducted the poll or when.

The chief of the Joint Headquarters of the Bosnian Armed Forces, Senad Masovic, refuted Dodik’s claim, telling Klix.ba that no such official poll had been carried out.

“Carrying out such a poll would represent a violation of the laws and procedures,” he said.

Can Republika Srpska get by without EU financial support?

Contemplating the possibility of the EU discontinuing its loans and donations to the Republika Srpska, Dodik said China would plug the gap.

“In that respect, Republika Srpska will not be left without investment,” he said.

When asked by journalists if he had sought some kind of help from Russia, Dodik said he had not sought military assistance.

“I asked for economic [aid], this and that. Air support. Whatever comes from Russia will come by plane. We need medical supplies, we need this and that,” Dodik said, laughing. He went on to suggest that he was joking.

The European Investment Bank, EIB, is the Republika Srpska’s largest creditor of with loans amounting to more than one billion KM [510 million euros]. That is equivalent to almost a third of all loans to Republika Srpska. The EIB was founded by the EU.

Another one billion KM of loans were issued by the Word Bank and the International Monetary Fund.

Republika Srpska’s creditors include several EU countries, such as Belgium, Spain, Portugal, Poland, German and Austrian banks, the European Commission and the European Bank for Reconstruction and Development, EBRD.

Out of the total debt, more than a half comes from EU countries.

According to official data of the Bosnian Finance Ministry to the end of 2020, China and Russia were not among the Republika Srpska’s creditors.

Central Bank data indicate that the major investors in Bosnia between May 1994 and December 2019 were Austria, Croatia, Serbia, Slovenia, the Netherlands, Russia, Germany, Italy, Great Britain and Switzerland.

According to a report on direct foreign investment, although there has been an increase in investment from Russia and the Middle East in recent years, EU states remain the most significant investors in Bosnia.

Only in the past few years has China made more significant investments in the Republika Srpska, giving loans for projects, mostly for infrastructure like highways or power plants for electricity production.