Mile Vujevic, Vukasin Draskovic, Gojko Stevanovic and Ljiljan Mitrovic were convicted of committing a crime against humanity for their involvement in killing 67 fleeing Bosniak civilians in Lokanj, near Zvornik, in 1992. 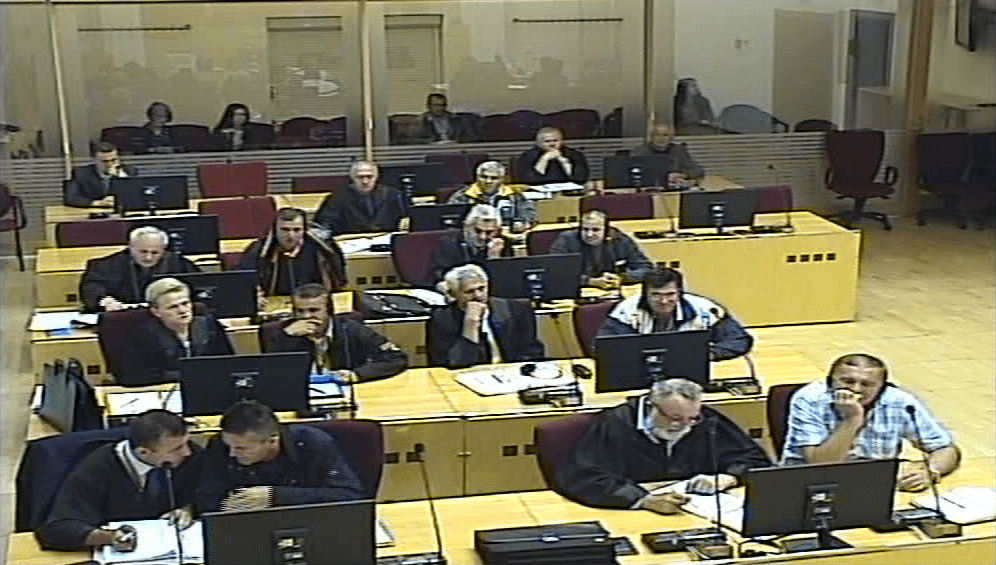 The Bosnian state court in Sarajevo on Friday sentenced Mile Vujevic, Vukasin Draskovic and Gojko Stevanovic to 15 years in prison each and Ljiljan Mitrovic to eight years for their involvement in attacking a column of fleeing civilians, 67 of whom were killed, on July 14, 1992 near the village of Lokanj in the Zvornik area.

The court found that Vujevic, Draskovic, Stevanovic and Mitrovic opened fire on the column of around 120 Bosniak civilians who were fleeing from the Teocak municipality.

Maksimovic was the commander of the Interventions Unit at the police’s Public Security Station in Ugljevik and Mitrovic was his deputy, while Peric was commander of the Lokanj Company of the Bosnian Serb Army’s Zvornik Brigade and the other defendants were members of his unit.

The court found that Mitrovic singled out one captured civilian and then ordered two policemen to shoot him.

The Bosnian Serb fighters then separated around ten Bosniaks from the others, after their names were called out by Mitrovic, and shot them behind the church in the village of Vidrovine.

Mitrovic was also convicted of separating a group of eight of the Bosniaks from the others. The eight captives were then taken to detention facilities.

“These were predominantly unarmed people, wearing civilian clothing, with only a few being dressed in hunting clothes, but they had the status of civilians,” said Gluhajic.

The judge said that the civilians’ goal was to reach territory outside Serb control in the Zvornik area.
Commenting on the acquittals, judge Gluhajic said the prosecution had not proved beyond reasonable doubt that Vinko Lazic issued an order to attack the column.

He added that, on the basis of the evidence presented, it had not been proven that Maksimovic shot at the column, nor that he mistreated the civilians.

Gluhajic said that it had also not been proved beyond reasonable doubt that Peric was the de facto commander of the Lokanj Company at that point in time and that Djordjic issued orders on the date of the crime.

As for the acquittals of Lazarevic and Manojlovic, the judge said that witnesses did not confirm their presence at the scene of the crime.