Nermina Kuloglija, a BIRN journalist from Bosnia and Herzegovina, was given a special mention by the judges of the CEI SEEMO journalism awards for outstanding merits in investigative journalism. 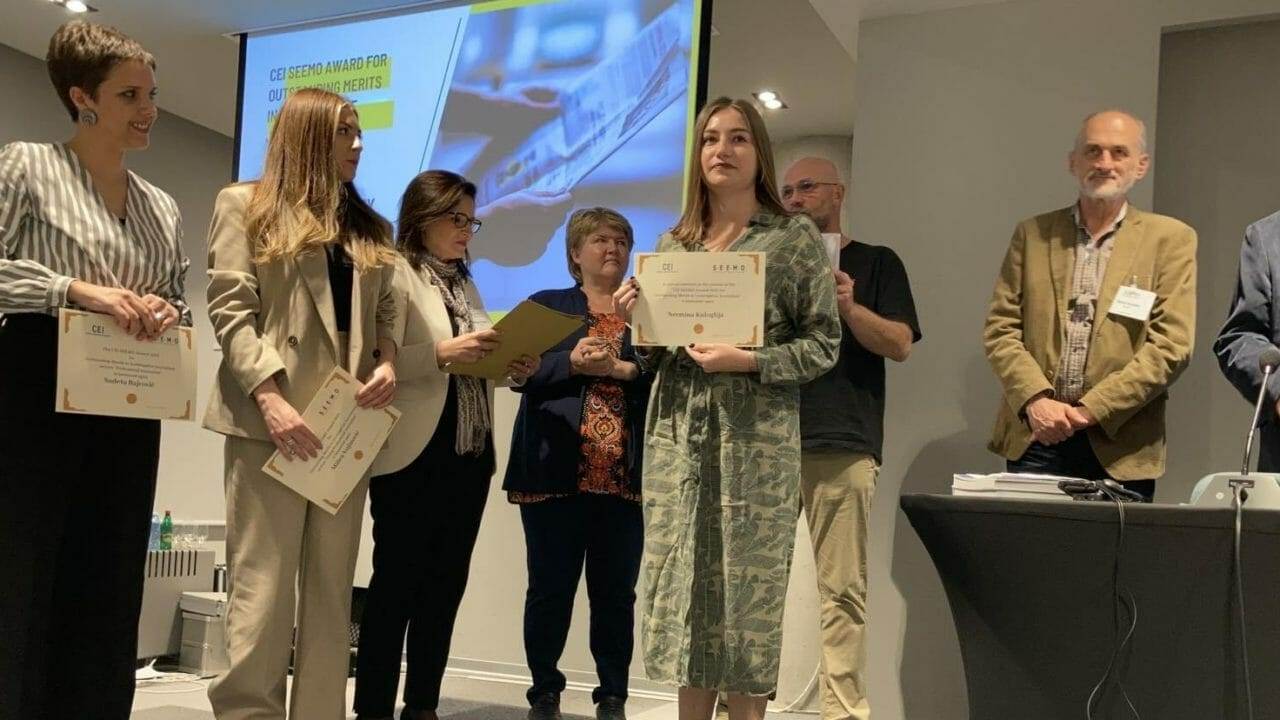 The judges at the CEI SEEMO journalism awards ceremony in Belgrade on Wednesday praised BIRN’s Nermina Kuloglija for her dedicated work on monitoring public procurement during the coronavirus pandemic.

From March 2020 until the end of the year, Kuloglija followed all public expenditures in Bosnia and Herzegovina that were part of the authorities’ counter-pandemic efforts through a special database. She registered the expenditures totalling more than 30 million euros and published several stories about the issue.

“Nermina was praised for the database she produced during the pandemic that collated public procurements across the country related to medical equipment, which also allowed her to reveal some notable corruption stories,” a member of this year’s jury, Sasa Lekovic, said while presenting the award.

The jury also gave a special mention to Vlad Odobescu, a freelance journalist who works for the Romanian Investigative Journalism Centre.

The award for outstanding investigative journalism was given to Sadeta Bajrovic, a journalist with the Centre for Investigative Journalism in Sarajevo, in the ‘professional journalists’ category. The jury has praised her stories focusing on vulnerable and ordinary people during the pandemic.

The award for ‘young journalist’ was given to Milica Vujanovic, a journalist who works for the Organised Crime and Corruption Reporting Project and KRIK investigative media outlet in Serbia, for her stories about organised crime.

The CEI SEEMO awards aim to honour the work carried out by investigative journalists and their contribution to investigative reporting despite the difficult conditions under which they have to operate. Thay are organised by the Central European Initiative, CEI, in cooperation with the South East Europe Media Organisation, SEEMO.

The 2021 awards were intended to bring public attention to journalists who reported on the social and economic influence of the pandemic on people’s lives, investigating stories focusing on gender, youth, minorities and people with disabilities.