As the former Bosnian Serb military chief, who was convicted of genocide and other wartime crimes by the UN court in June, awaits transfer to prison to serve his life sentence, he is suffering from increasingly poor health, his lawyers said. 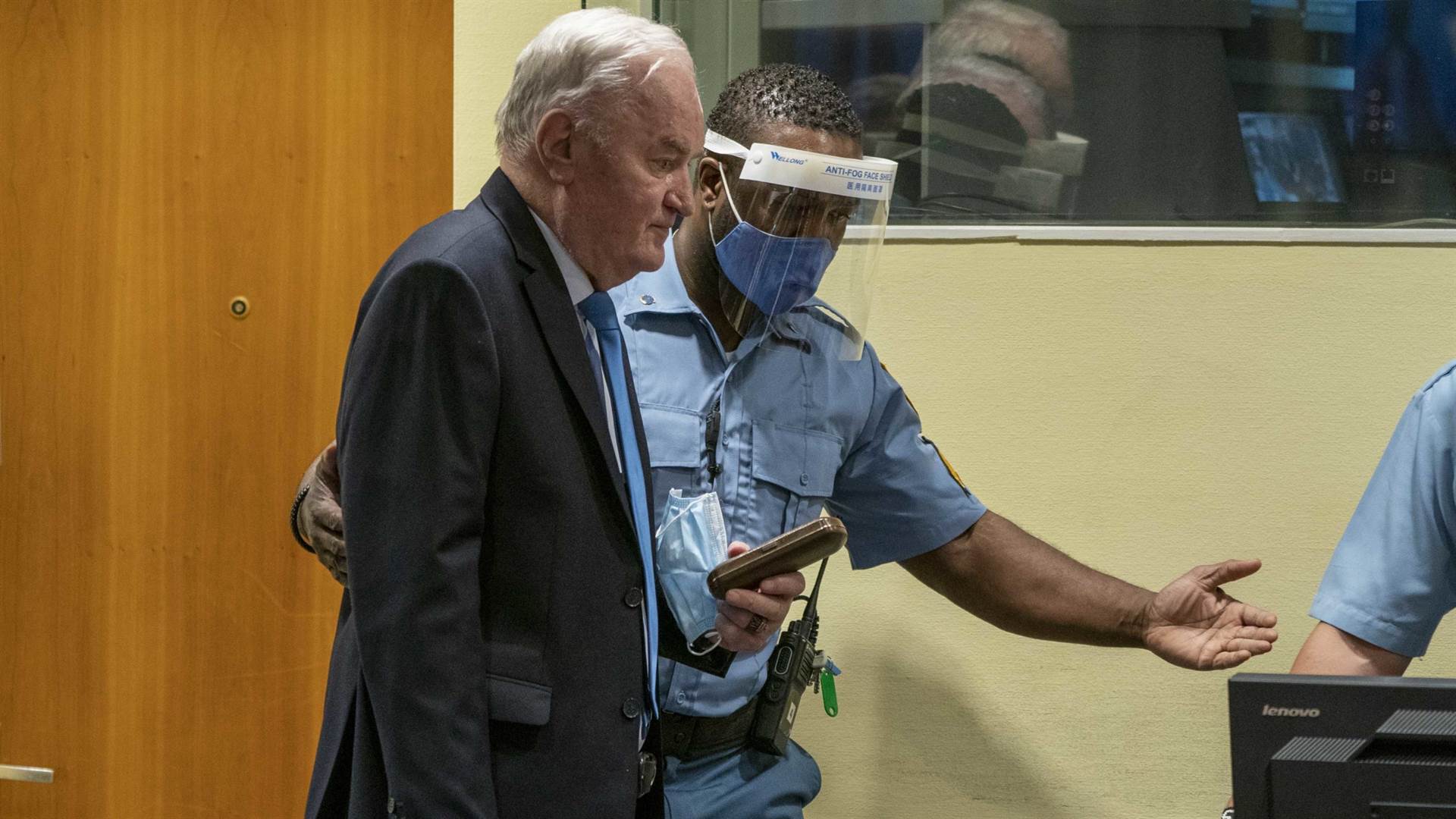 Ratko Mladic in the courtroom before the pronouncement of the final verdict . Foto: EPA-EFE/Jerry Lampen / POOL

Miodrag Stojanovic, a member of Ratko Mladic’s legal team, told BIRN on Tuesday that the Bosnian Serb Army commander’s health condition was deteriorating in custody at the UN detention unit near The Hague, where he is waiting to be transferred to prison in another country to serve his life sentence for wartime crimes.

“His blood-sugar levels are very high, which has affected his kidneys, so he is in a very bad condition,” Stojanovic said.

Mladic’s son Darko also told Serbian newspaper Vecernje Novosti on Monday that his father has high blood sugar and serious kidney problems and is “quite weak”.

“They don’t tell him anything, they just bring him medicines in a little bag to take, and he doesn’t know what they are or what they are for,” said Darko Mladic.

He also accused the UN court of keeping the family and Mladic’s lawyers in the dark about his condition and not sending them his medical reports.

“He asked for all that medical documentation to be sent to me and the team of lawyers, but we have not received anything yet,” he said.

The Mechanism for International Criminal Tribunals in The Hague said it could not comment on Mladic’s health for reasons of confidentiality.

Mladic, who is 78, has had several serious medical problems since he has been in detention in the Netherlands and has suffered two strokes and a heart attack. He also had a colon operation last year.

His lawyers have repeatedly claimed that he has not been getting proper treatment and that his health problems have been underestimated. The UN court has repeatedly declined requests for him to be hospitalised for treatment.

Mladic was convicted in June this year of the genocide of Bosniaks from Srebrenica, the persecution of Bosniaks and Croats across the country during the war, terrorising the population of Sarajevo with a campaign of shelling and sniping during the siege of the city, and taking UN peacekeepers hostage.

He was sentenced to life imprisonment, but it has not yet been established where exactly he will serve his sentence.

“That decision is being actively considered. It will be rendered in due time in accordance with the Mechanism’s legal framework,” the spokesperson for the Mechanism for International Criminal Tribunals, Helena Eggleston, told BIRN.