On June 8, survivors of the Bosnian war will be in The Hague to see the UN court deliver its final verdict in the trial of Ratko Mladic.

They are hoping that the Bosnian Serb Army commander will be found guilty of committing genocide in five Bosnian municipalities in 1992 as well as in Srebrenica in 1995.

But doubts are running high about whether the Hague court will convict him of the 1992 genocide charge, because he was initially acquitted of it when the first-instance verdict in his trial was handed down in 2017.

The outlook for a conviction appears unpromising. Some experts have pointed out that former Bosnian Serb political leader Radovan Karadzic has already been acquitted of committing genocide in 1992, while others believe that the Hague prosecution did not gather enough evidence to prove the charge because it focused its efforts and resources on Srebrenica.

The prosecution’s case for conviction 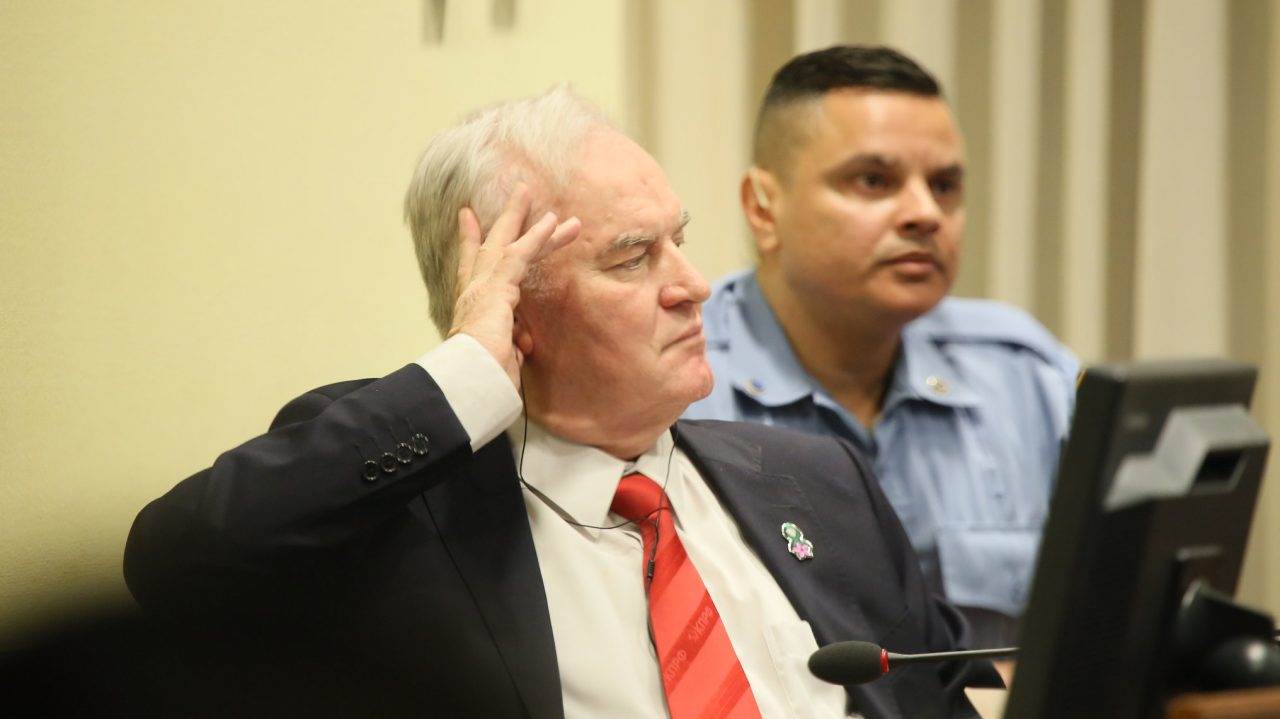 The genocide accusation stems from the year the Bosnian war started, 1992, when there were a series of offensives all over the country by Bosnian Serb forces under Mladic’s command – a wide-ranging campaign of ethnic cleansing intended to seize control over large swathes of territory.

In the Prijedor area in 1992, Bosnian Serb military and police forces and Serb paramilitaries launched an intensive campaign against Bosniaks and Bosnian Croats as they took the area by force, while in the Vlasenica area, most of the local Bosniak population was expelled. In both areas, thousands were imprisoned in Serb-run detention camps in dire conditions, and many inmates were abused, tortured, sexually assaulted and killed.

The indictment claims that from May 1992 onwards, Mladic participated in a “joint criminal enterprise” to permanently remove Bosniaks and Bosnian Croats from areas of the country that were coveted by the Bosnian Serbs.

The prosecution argues that in Prijedor, Vlasenica and three other municipalities – Foca, Kotor Varos and Sanski Most – the campaign of persecution escalated to such a degree that it demonstrated the intent to destroy Bosniaks and Bosnian Croats as a group. In other words, to commit genocide.

The indictment further alleges that not only did Mladic know that genocide was about to be or had been committed by his subordinates, but that he failed to take “necessary and reasonable” measures to prevent it or punish the perpetrators.

The initial verdict in Mladic’s trial in 2017 found that “murders were committed which constituted crimes against humanity and violations of the laws or customs of war” in the five municipalities in 1992. The judge, Alphons Orie, also said that there was “a plan to destroy” the Bosniak population.

However, Orie said, the targeted group represented a “relatively small number” of the total number of Bosniaks, and there was no evidence that Mladic shared “genocidal intention” of the local Serb authorities. He was cleared of the charge.

‘The prosecution neglected the other municipalities’ 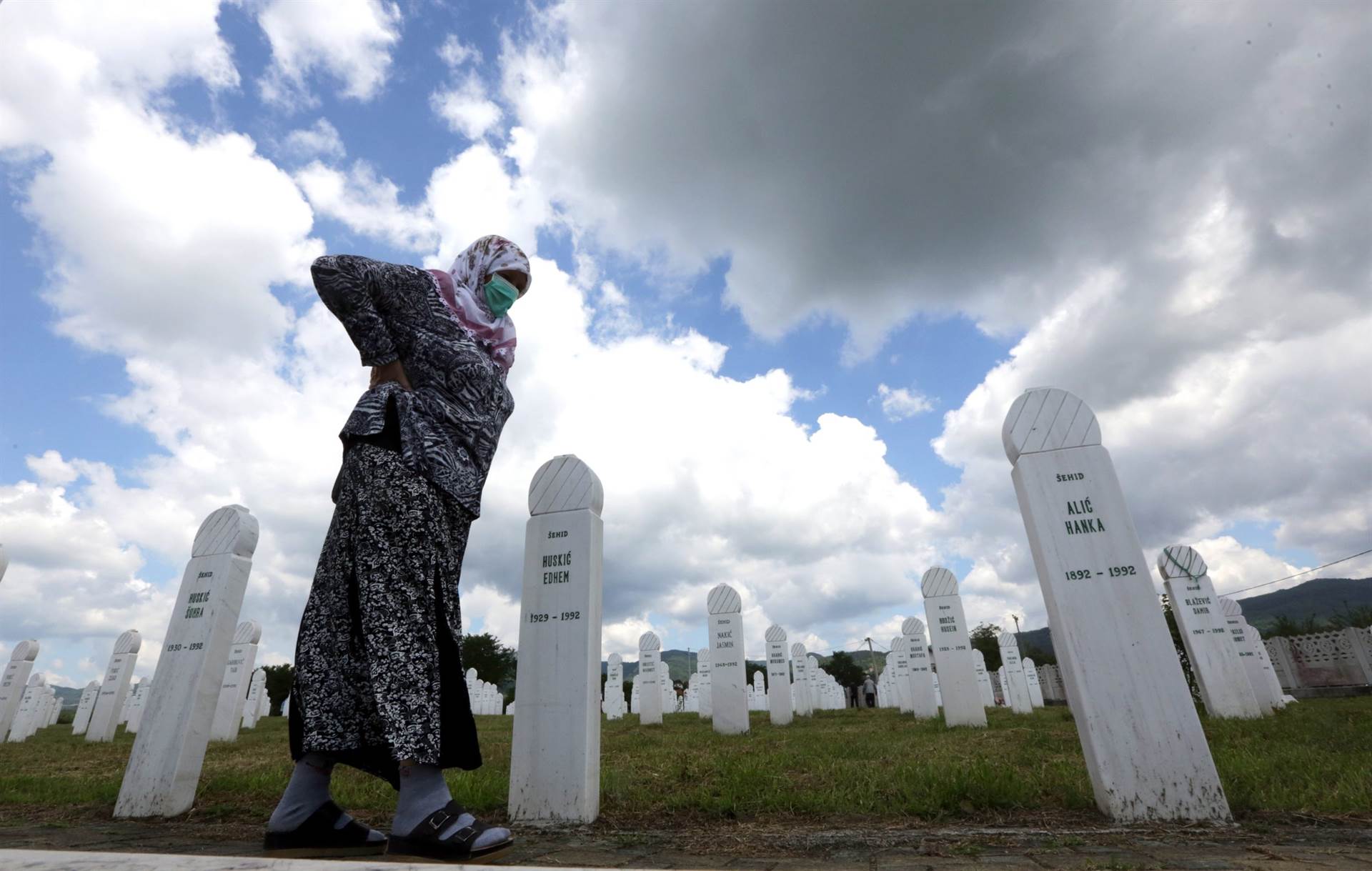 Graves of Bosniaks who died in Prijedor during the war. Photo: EPA-EFE/FEHIM DEMIR.

Edin Ramulic from Prijedor, a member of a war memorialisation campaign group called Because It Concerns Me, argued that the prosecution did not do enough to prove that Mladic was responsible for genocide in Foca, Kotor Varos, Prijedor, Sanski Most and Vlasenica as well as in Srebrenica.

“The Hague prosecution, let’s say, neglected the other municipalities because it focused on proving the Srebrenica genocide, but domestic institutions in Bosnia and Herzegovina also contributed a lot,” Ramulic said.

He also accused the Bosnian judicial authorities of failing to properly support the collection of evidence. This led to the fact that the Hague Tribunal mentioned 1,500 war victims in its verdicts for crimes in Prijedor, “which is only half of the actual number of Prijedor victims”, he said.

“The Hague Prosecution lacked the capacity to prove genocide on its own. That is a key role, and that is where the Bosnian institutions failed,” he said.

Ramulic cited the example of a huge mass grave near a mining complex in Tomasica, near Prijedor, which was initially discovered in 2004, but only properly exhumed in 2013, when the remains of 435 people were found.

“Later on it turned out to be a huge mass grave. This is an indication of how Bosnian institutions, headed by the state prosecution, which manages the exhumation process, work,” he said.

Miodrag Stojanovic, a member of Mladic’s defence team, said that the Tomasica mass grave could be a key piece of evidence that causes the judges to decide that genocide was committed in Prijedor, if not in the other four municipalities.

“I reserve the possibility of a change in the case of Prijedor, because new circumstances have happened in the meantime. Tomasica has happened,” Stojanovic said.

“On the basis of that, a classification of genocide could happen. That is my opinion. For the other municipalities, that is not the case,” he added.

However, Stojanovic argued that what happened in Prijedor was a crime against humanity, not genocide as defined in the UN’s Convention on the Prevention and Punishment of the Crime of Genocide.

“You have the Hague court’s definitive stance in the [Radovan] Karadzic case that no genocide was committed in those municipalities. Does anyone think that the court will change its decision in the Mladic case? No, it will not!” Stojanovic asserted.

Vasvija Vidovic, a Bosnian lawyer who has represented war crimes defendants at the Hague Tribunal, said that the Hague prosecution’s lack of resources to investigate, unsubstantiated evidence and a lack of commitment by investigators and prosecutors are the reasons why crimes in the other municipalities were not probed in the same way as Srebrenica.

“There was relatively little time [to investigate the crimes in the municipalities] and the prosecution’s capacities were low,” Vidovic said.

“In my opinion, that is where the international community failed, as it should have strengthened and secured resources for the Hague prosecution to ensure the other municipalities were treated the same as Srebrenica,” she said.

Vidovic’s opinion is shared by experienced Bosnian lawyer Senka Nozica, who has also been involved in numerous cases at the Hague Tribunal.

Nozica argued that “not much evidence was presented to prove genocide in the other municipalities”.

“What could perhaps have been a factor is that the court might have intended to differentiate between Srebrenica and the other municipalities in order to show the international public the gravity of the crimes in Srebrenica – the genocide, to be precise,” she suggested.

‘The genocidal process started in 1992’ 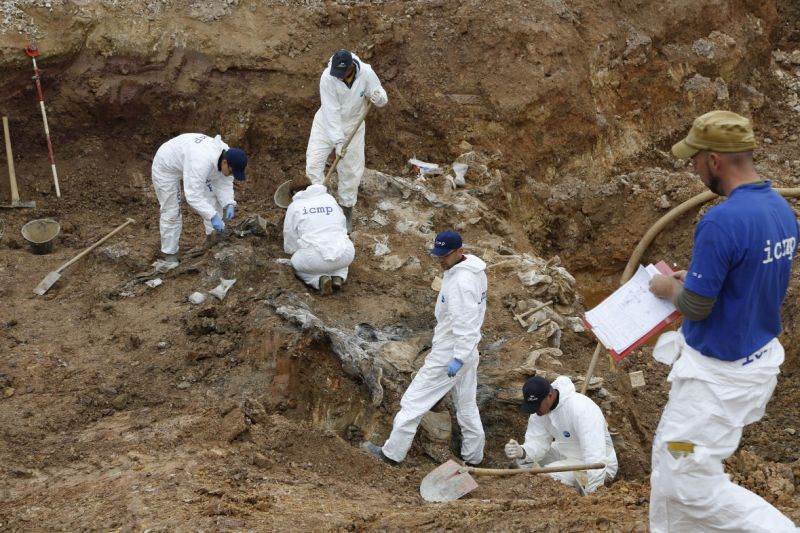 Forensic experts examine a mass grave containing the remains of Bosniaks and Croats in the village of Tomasica, near Prijedor, in October 2013. Photo: EPA/STR.

In 2017, the Hague Tribunal sentenced Mladic to life imprisonment for the 1995 Srebrenica genocide, the persecution of Bosniaks and Croats across the country, terrorising the residents of Sarajevo with a campaign of shelling and sniper attacks, and taking UN peacekeepers hostage.

Professor Nevenka Tromp, a former investigator at the Tribunal and former associate of Hague prosecutor Geoffrey Nice, believes that a conviction for genocide in the other five municipalities in 1992 would have led to accusations that the international community failed to act to stop a much longer genocidal process during the Bosnian war.

“According to such verdict, it would mean that the genocidal process lasted from 1992, from the beginning of the war to the end in 1995. In my opinion, all UN member countries, especially those present in the field during the war, would be responsible under the UN’s Convention on the Prevention and Punishment of Genocide,” Tromp said.

Under such a verdict, Serbia would also be responsible, because according to the Hague Tribunal’s judgments, Serbia was involved in an international armed conflict in Bosnia and Herzegovina from May 19, 1992.

“This explains why it was important for the international community and Serbia to reduce the genocide to Srebrenica only, so that, under those verdicts, it looks as if Srebrenica was a reflection of an escalation of violence, and not, as all the historians see it, a culmination of the genocidal process that started in 1992 and which the UN’s Commission for Determining the Facts already called ‘a slow-motion genocide’ in 1993,” Tromp said.

She argued that the failure to stop such crimes in 1992 led to their culmination in Srebrenica in 1995.

At the Mladic trial appeals hearings in August 2020, the defence called for an acquittal on all counts. Stojanovic appeared confident that an acquittal on the 1992 genocide charge was likely.

But Serge Brammertz, chief prosecutor at the International Residual Mechanism for Criminal Tribunals in The Hague, has expressed confidence that there is enough evidence to secure a guilty verdict on the 1992 charge.

“It goes without saying that I firmly believe that the evidence we have is sufficient to prove genocide in those municipalities. Otherwise I would not have filed those indictments or appealed against the acquittal,” Brammertz told Anadolu news agency.

“Nevertheless, I would like to point out that the trial chamber found that those crimes constituted crimes against humanity and war crimes, and that Mladic committed them with the intention of destroying some of the Bosnian Muslims as a group in several areas,” he said. “This is a very important conclusion.”

The indictment charging Mladic with genocide in five Bosnian municipalities in 1992 lists a series of specific crimes by Bosnian Serb forces in each municipality for which he is alleged to bear responsibility.

The killing of a number of people hiding in the woods near Mjesaja/Trosanj in early July 1992.

The killing of over 200 detainees at KP Dom Foca (Foca Home for Criminal Rehabilitation) between June and December 1992.

The killing of a number of people in Kozarac and the surrounding areas between May 24 and June 1992.

The killing of a number of people in the Hambarine and Ljubija area between May 23 and July 1, 1992.

The killing of a number of people in villages in the Brdo area between July 1 and 23, 1992.

The killing of a number of men at the football stadium in Ljubija and in the surrounding areas on or about July 25, 1992.

The killing of approximately 150 people at the Keraterm detention camp on or about July 24 and 25, 1992.

The killing of a number of people at the Omarska detention camp and at various places after they were taken from the camp between May 27 and August 21, 1992.

The killing of a number of men and women taken from the Omarska and Keraterm camps in Hrastova Glavica on or about August 5, 1992.

The killing of a number of people in the Trnopolje camp and at various places after they were taken from the camp between May 28 and October 1992.

The killing of about 28 men between Begici and Vrhpolje bridge on or about May 31, 1992.

The killing of a number of people in the village of Hrustovo on or about May 31, 1992

The killing of about 18 men from Kenjari in the hamlet of Blazevici on or about June 27, 1992

The killing of a number of people from the hamlet of Budin near the village of Lukavica on or about August 1, 1992.

The killing of approximately seven men near the village of Skrljevita on or about November 2, 1992.

The killing of approximately nine men from the Susica detention camp between June and August 1992.

The killing of a number of men in or around the school in Grabovica on or about November 3, 1992.