Public officials are behind the overwhelming majority of defamation cases brought against Bosnian journalists, dragging them through expensive and often lengthy court proceedings that make many think twice about the stories they choose to write.

Last year, Bosnian journalist Adnan Jasarspahic wrote an article for a local portal questioning the transparency of public sector recruitment in his municipality, Visoko, after the sister of the then mayor was hired by a municipality-owned company.

That Jasarspahic was sued by the mayor, Amra Babic, for defamation was one thing. That he had to move to the capital, Sarajevo, was quite another.

In Sarajevo, he said, “If you enter a lawsuit with anyone here, you’ll find someone to defend you.” Not so in towns like Visoko, a little over 30 kilometres northwest of the capital. “What’s it like in those small towns where the local sheriffs are masters of life, in charge of everything?”

“It’s not just about being sued and about defamation itself,” Jasarspahic told BIRN. “Things run deeper here. They mess with your family.”

Jasarspahic won the case, but the damage was done. Dozens of other journalists face similar challenges every year, sued for their reporting mainly by public officials in what media bodies say is a strategy of censorship, bogging down reporters in lengthy, costly court proceedings that make many think twice about digging into the affairs of prominent people.

According to an analysis conducted by the Bosnia mission of the Organisation for Security and Cooperation in Europe, OSCE, 80 per cent of cases were brought by public officials, ignoring the principle often cited by courts that such officials submit to a higher degree of public scrutiny and criticism. 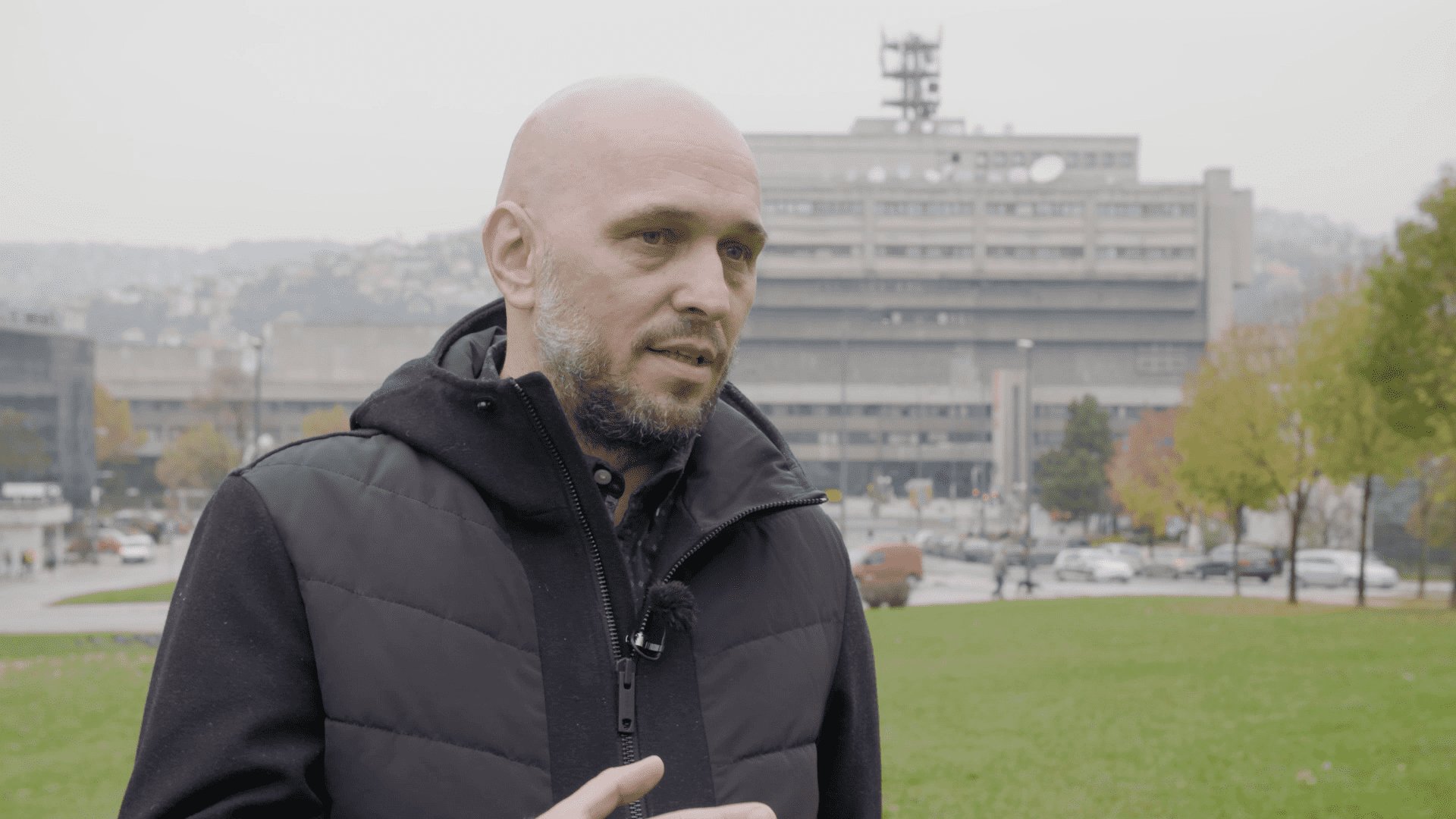 This “should not be the case,” said Kathleen Kavalec, head of the OSCE mission. “Because these are exactly the individuals who should be open to public scrutiny and journalists who are doing their jobs, holding them accountable to the citizens who voted for them.”

The analysis found that 30 per cent of those cases dragged on for more than five years, prolonging the pressure on reporters and their media outlets.

Defamation suits are being “misused to prevent journalists from investigating certain topics or certain individuals,” said Sinisa Vukelic, director of the business portal Capital and a member of the Journalists’ Club of Banja Luka in northern Bosnia. 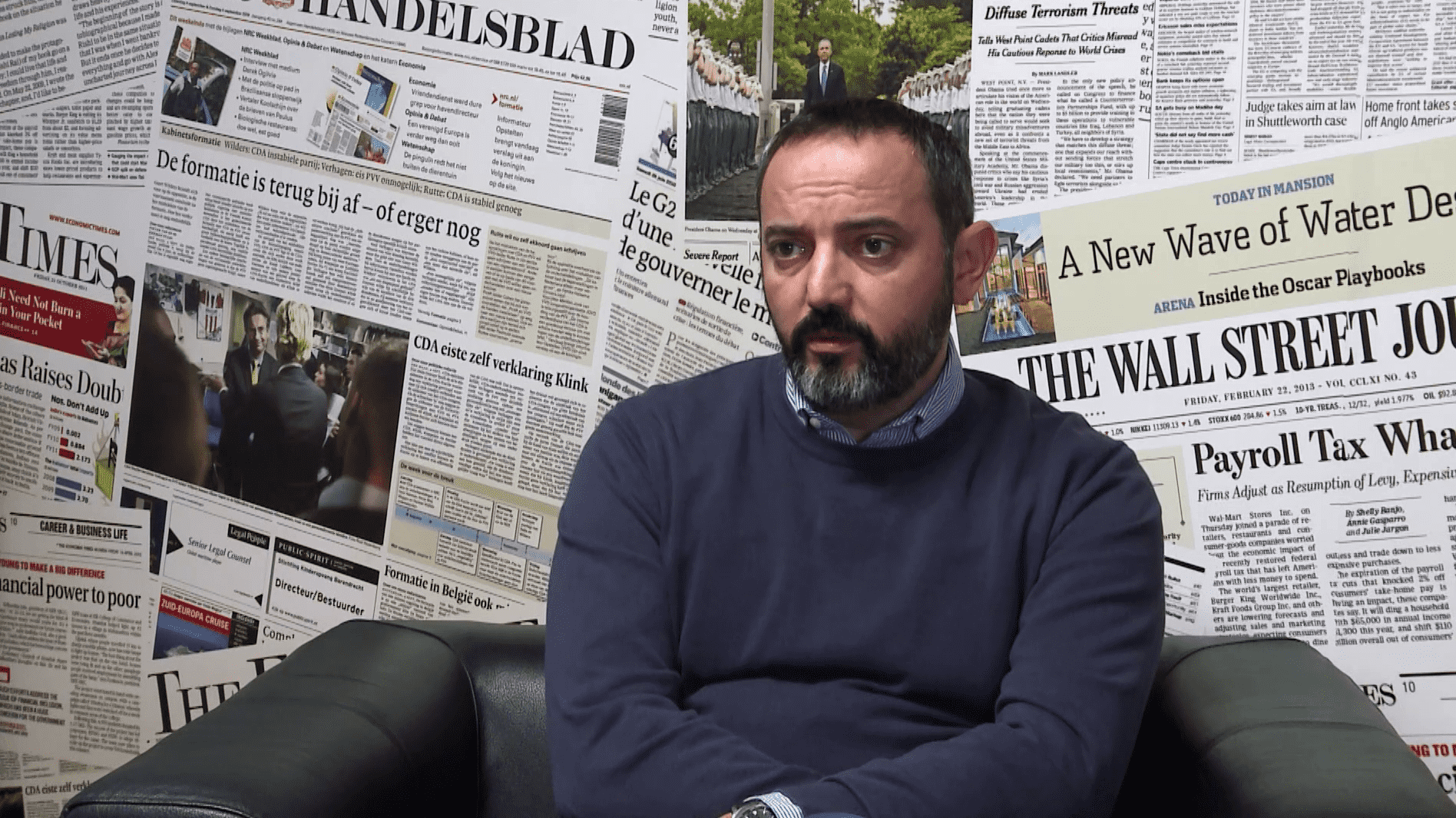 Sinisa Vukelic, director of the business portal Capital and a member of the Journalists’ Club of Banja Luka. Photo: BIRN BiH

In Jasarspahic’s case, Babic filed the suit even without first seeking a retraction. Jasarspahic said his article on Visoko.co.ba had simply stated the facts, as did the eventual verdict in his favour handed down by the Zenica Cantonal Court.

The storm the case kicked up in Visoko, however, made life for Jasarspahic and his family intolerable, prompting their move to Sarajevo.

Babic, the former mayor, declined to comment for this story.

Media and legal experts say it was far from an isolated case.

Defamation suits are “used for intimidation,” said Biljana Radulovic, a lawyer in the eastern Bosnian town of Bijeljina.

Adi Isakovic, a judge at the Municipal Court in Sarajevo, said the number of such cases grows during each election campaign and that their sheer frequency is concerning.

“The abundance of such lawsuits surely affects the independence of journalists,” Isakovic said. “If a journalist publishes a news item of public interest and gets sued for defamation, of course it will matter in the future when they publish their next investigative story that they think the public should know about.”

The growing rate of such lawsuits in recent years has led to the closure of a number of media outlets and brought others to the brink of financial collapse – Sarajevo’s Slobodna Bosna newspaper and Respekt weekly in Banja Luka among the most prominent examples.

“It was simply impossible to function within such a system,” said former Respekt journalist Zeljko Raljic, “because the judiciary is under direct political control, particularly over the last three or four years.”

Vukelic said smaller media outlets were particularly endangered given they lack the resources to fight off repeated lawsuits.

“They cannot endure the pressure,” he said. Such cases can encourage self-censorship among less experienced journalists, who might ask, “Why should I write about that topic when there are a thousand others I can address?” he said. 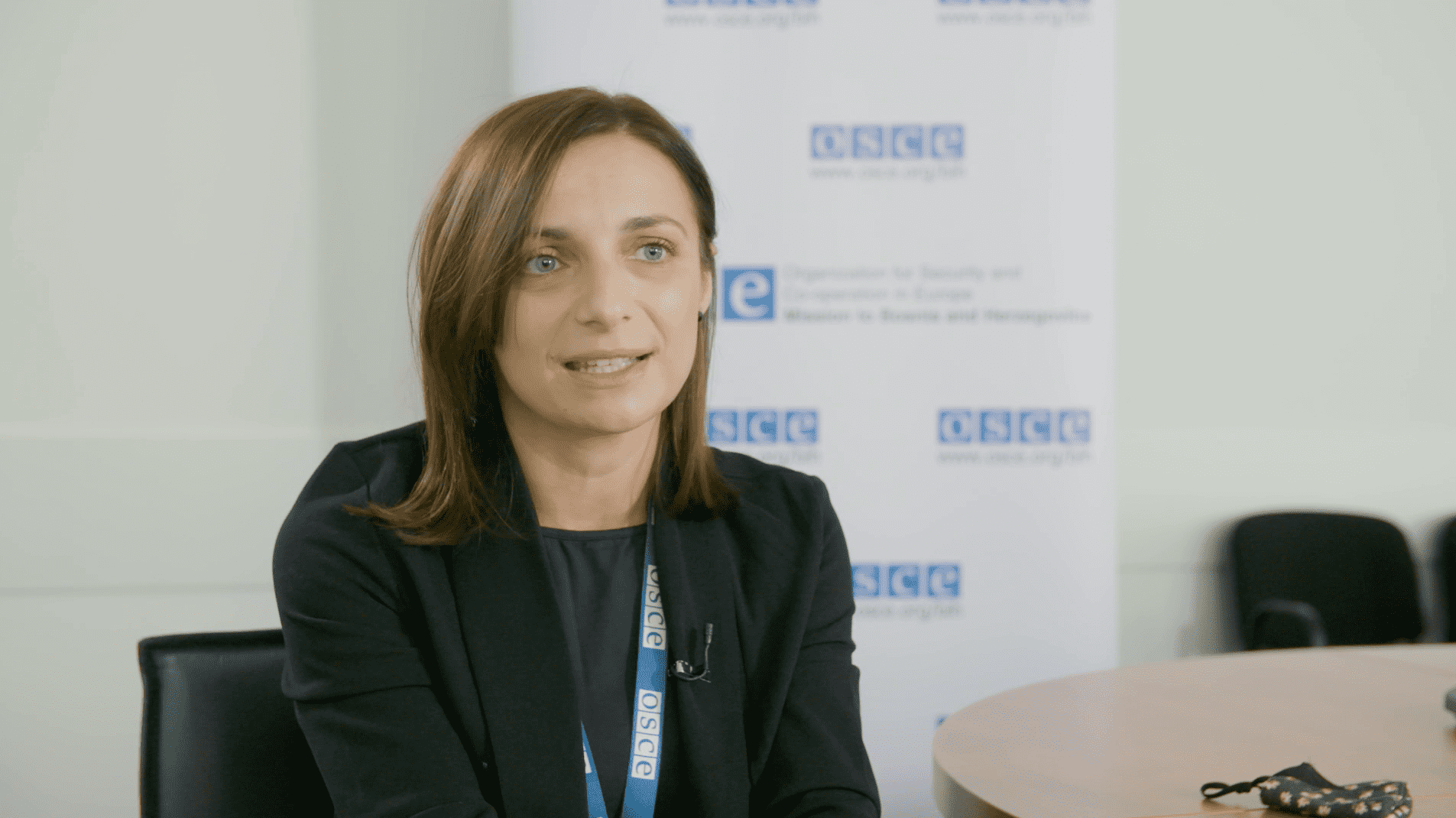 Sejla Maslo-Cerkic, a legal officer at the Human Rights Section of the OSCE mission in Bosnia and Herzegovina. Photo: BIRN BiH

When such lawsuits reach court, they can stay there for years, in some more than 11 years, said Sejla Maslo-Cerkic, a legal officer at the Human Rights Section of the OSCE mission in Bosnia.

“When cases and proceedings last this long, everything loses sense both for the party seeking protection of their reputation in court and journalists and the media outlets due to additional costs which they sometimes cannot cover,” Maslo-Cerkic told BIRN.

“Under our law, the burden of proving that something is true is placed on defendants, in this case the media or journalists,” Maslo-Cerkic said. “We have noticed that the standard, the scale set by the court for journalists and the media is set too high.”

Bosnian courts, she told BIRN, do not work according to the principle set by the European Court of Human Rights by which freedom of expression protects the expression of statements that may sometimes be “shocking, disturbing or embittering.”

Arben Murtezic, director of the Centre for Education of Judges and Prosecutors in the Federation, one of two entities that make up postwar Bosnia, also cited the inconsistency of court rulings in such cases, but was sceptical of any imminent change.

“It is hard to start harmonising practices without touching the basic principle of the judiciary, i.e. the independence of judges,” Murtezic said.

“Almost all defamation cases are different and special. Each of those cases, and I have really read many of them, has its own specific features and protected values and gravity and compensation amounts claimed … So, I think that hardly anything can be done in that respect.”

‘Hard to be a journalist’ 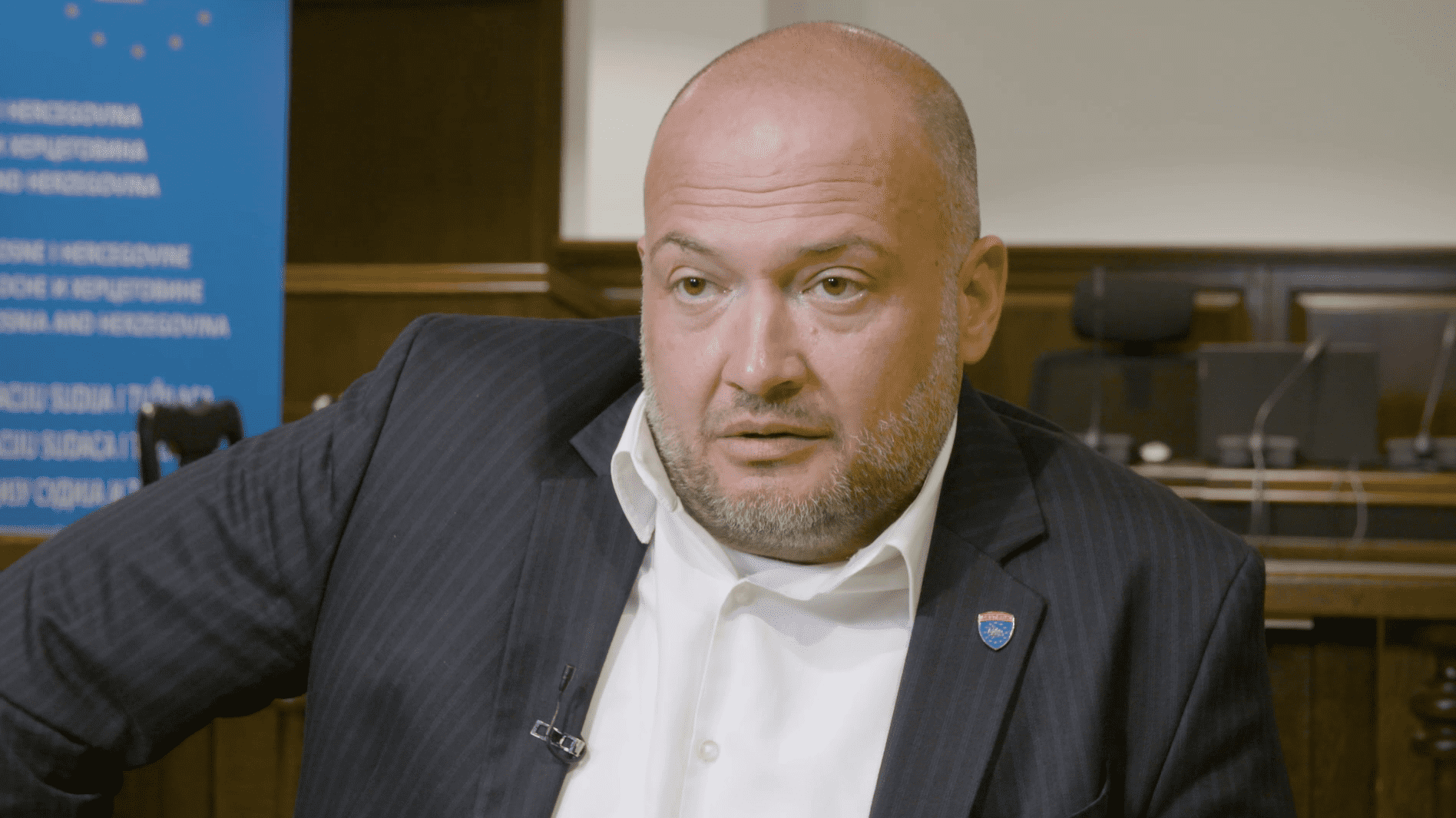 Arben Murtezic, director of the Centre for Education of Judges and Prosecutors in the Federation. Foto: BIRN BiH

The situation appears even harder for female journalists, particularly in terms of the abuse they are subjected to outside the actual lawsuits.

“When we speak about the exposure of female in comparison to male journalists, I would say that women are far more susceptible to this and are mainly the subject of such sexual assaults,” said Leila Bicakcic, director of the Centre for Investigative Journalism in Sarajevo.”

The British ambassador to Bosnia, Matthew Field, agreed: “The abuse that they receive is out of proportion with their male colleagues,” he said. “It is much more unpleasant, much more personal … It is not normal. It is not part of doing their job and we should not accept that.”

Besides training for judges and prosecutors, experts say there should be strict adherence to the standards set by the European Court of Human Rights.

“We know very well, as we have learnt in the last couple of decades, that journalism is an indispensable segment of democracy,” said lawyer Nedim Ademovic. 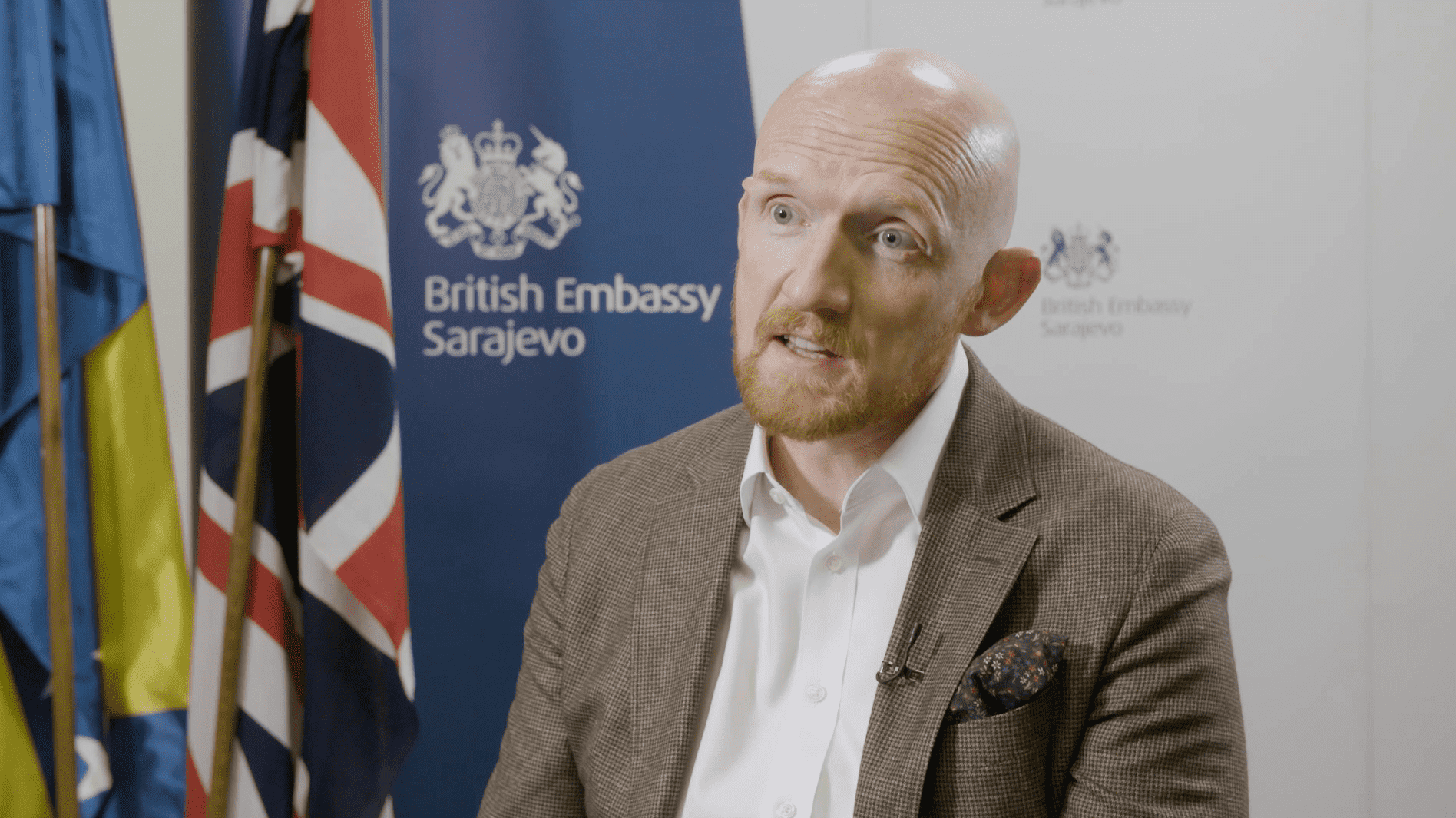 “However, journalism is a two-way street. On one side, journalists must be educated and learn about the professional journalism standards, especially ethics in journalism and legal standards, in order to eliminate a danger of lawsuits jeopardising their independence. On the other hand, the state and even business entities dealing with journalism must ensure that journalists will be financially independent, so the fear from lawsuits would not actually lead to their self-censorship.”

Jasarspahic, from Visoko, said he knew of dozens of journalists who had given up fighting defamation suits simply because of the cost involved.

“When a journalist enters a court proceeding, you are immediately down 2,500 marka [1,276 euros]. Lawsuit, response to lawsuit, hearings … All those things cost money,” he said.

“If you lack money to defend yourself, you lose. You defend yourself with your money. Public officials defend themselves with budgetary money… Let’s face it – it’s hard to be a journalist these days. Very hard. The only way out is by solving things institutionally.”