The repatriation of Bosnian women and children who lived in territory controlled by the so-called Islamic State and are now in camps in Syria has been postponed indefinitely because of the coronavirus pandemic.

Alema Dolamic’s sister has been living at the al-Roj displacement camp in Syria with her three children for the past three years, with no indication yet of when she can expect to be repatriated to Bosnia and Herzegovina.

Dolamic told BIRN that her sister keeps in touch regularly and has been told that no coronavirus infections have been registered at the camp so far, while a curfew has been put in place and the camp is disinfected every second day.

Even before the coronavirus outbreak, it was hard to get information from the Bosnian authorities about the return of families of ISIS fighters from Syrian camps, she said.

In December, 24 people were repatriated, including women and 12 children. Three suspected Islamist fighters were indicted and there are four more ongoing investigations. Other people have returned individually.

Dolamic expressed frustration at the continuing delay to the repatriation of the remaining Bosnians from the Middle East.

“Why can’t they deport around a hundred women and children from Syria?” she asked, suggesting that the problem lies in the fact that they are “labelled as terrorists”.

She said she was in touch with Bosnia’s State Investigation and Protection Agency and Intelligence-Security Agency, and earlier this month wrote to ask Bosnia’s Security Minister Fahrudin Radoncic “whether he is thinking about those people at all, particularly in the current situation”, but has so far received no response.

Safet Sinanovic, whose daughters and grandchildren are also in a Syrian camp, has not heard from the authorities either.

“It is as if these people are not our citizens. Nobody takes care of them, nobody says anything. Everything has stopped, and [the authorities] are keeping silent,” Sinanovic said.

He said he had no information about the coronavirus situation at the camp, adding that whenever he spoke to his daughters, they would just tell him they were all right.

“Maybe they would not even tell me about it. They said nothing about it, nothing about them being visited, all they said was that they were well,” he said.

Vlado Azinovic, a professor at the Faculty of Political Sciences in Sarajevo and an expert on extremism and terrorism, said that the pandemic inevitably delayed the repatriation of Bosnians who are still in the Middle East.

“The only thing we see at the moment is that the arrival of the remaining people from Syria has been postponed indefinitely,” he said. 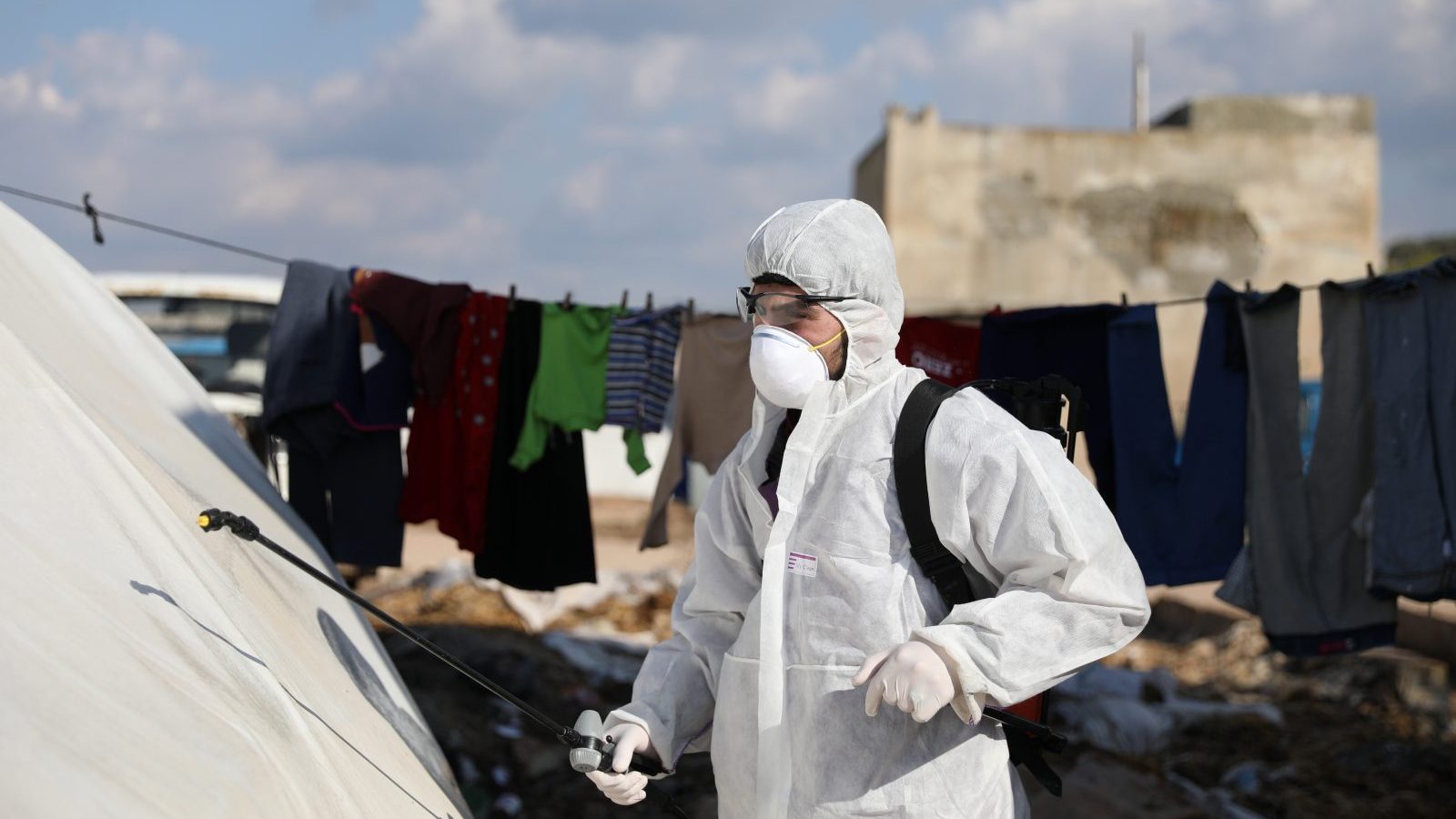 A volunteer sprays disinfectants as precautionary against coronavirus in a camp in Syria. Photo: EPA-EFE/YAHYA NEMAH

Security experts have suggested that some extremist groups are exploiting the pandemic situation to promote their ideologies or attract new followers.

Michael Krona, a professor at Malmo University who is involved in researching ISIS, told BIRN that the coronavirus has created an opportunity for such groups to continue their activities relatively unnoticed because the world is focused on the pandemic.

Krona said that Islamist extremists have increased online activities with new narratives, saying that the virus is ‘Allah’s soldier’ and that its purpose is to kill non-believers.

“Online followers are joining those narratives and see this pandemic as a chance for additional inspiration, recruitment and growth as a global terrorism movement,” he explained.

“It is still hard to say how this situation will affect terrorism as a whole, but as someone dealing with the online operations of the so-called Islamic State and its followers on a daily basis, I have observed an adjustment to the situation and flexibility in terms of narratives. They are using the situation to the greatest extent for promoting their ideologies and messages,” he added.

The Hague-based International Centre for Counter-Terrorism said in an article on the influence of the coronavirus on terrorism in Africa’s Sahel region that it has become an important topic for terrorist groups such as al-Qaida and Islamic State, which have both issued statements about it.

The article, written by Julie Coleman, said that both groups provided guidelines for their followers to prevent the spread of the virus, and that al-Qaida stressed that “Islam is a hygiene-oriented religion”.

“In addition to recognisng the threat posed by COVID-19, their messages also make it clear that both of these groups are savvy enough to utilise the global upheaval that may result from the spread of the pandemic to persuade more recruits to join their ranks, as well as to exploit the situation to plan and perform targeted attacks,” said the article.

While al-Qaida blamed the pandemic on the oppression of Muslims and the decadence of the West, and called on people to use their time in isolation to convert to Islam, Islamic State urged its followers to actively continue “to wage global jihad” and to use the situation in which security capacities are overburdened to launch attacks, according to the article.

Coleman said that terrorist groups want to capitalise on the current insecurity and instability.

“There is a fear that countries’ security services, while dealing with the pandemic and any restricted movement measures, will have smaller capacities to recognise and resolve threats posed by terrorist groups,” she said.

Coleman also suggested that extremist groups might use the refusal by states to bring back detained fighters and their families from camps in Syria – and any potential deaths in the camps from the coronavirus – as evidence “which supports their extremist world view”.

No coronavirus tests at Syrian camps 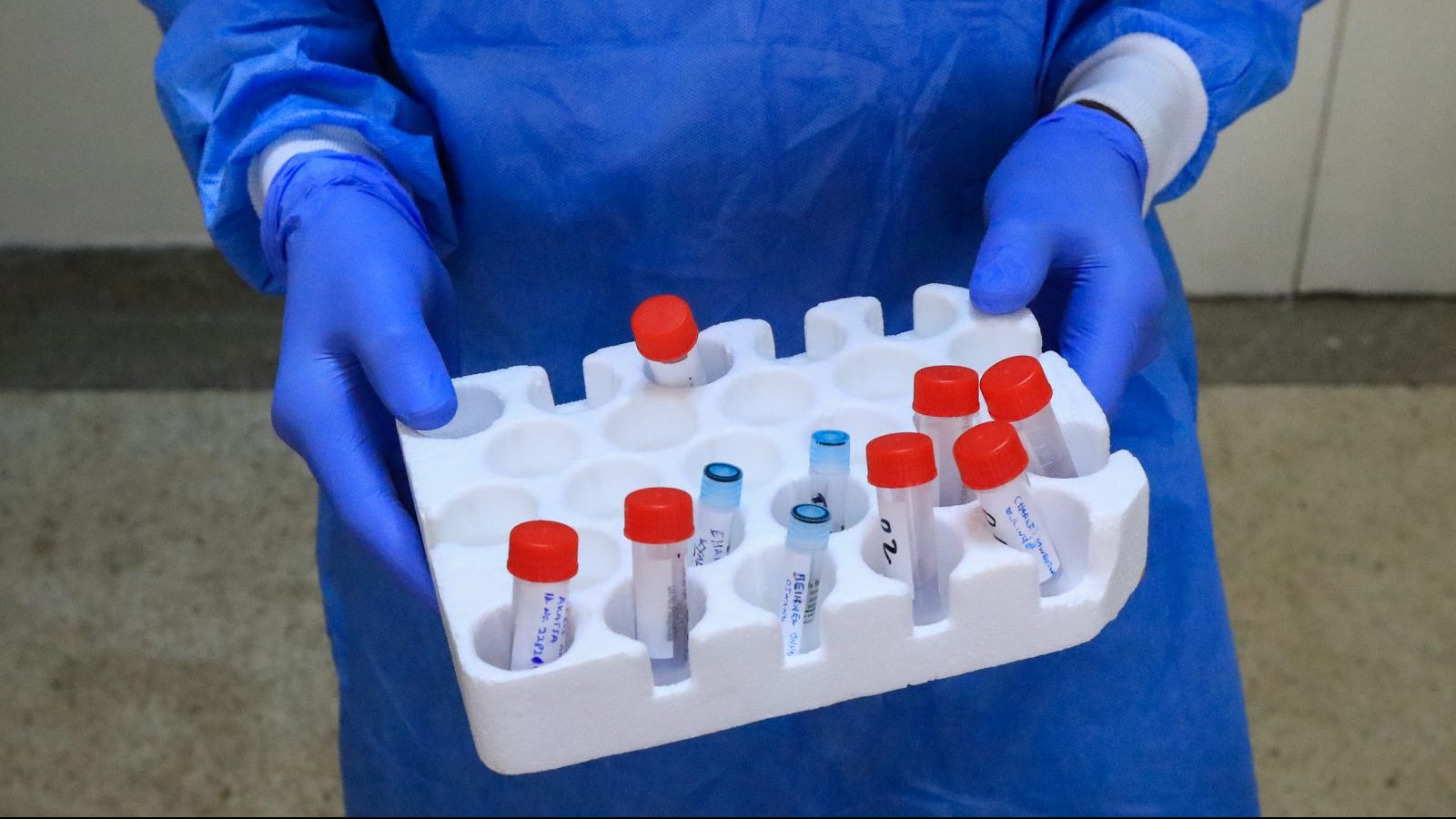 The al-Roj and al-Hol camps, where Bosnian women and children are still living, are located in an area called the Autonomous Administration of North and East Syria, which is also known as NES, or Rojava.

Robin Fleming of the Rojava Information Centre said that because of a lack of resources and international aid in the area, the number of coronavirus infections is unknown.

“It is impossible to say how many positive cases there may or may not be in these camps or indeed in all of NES, due to the fact we have no testing facilities here,” Fleming told BIRN.

The International Crisis Group noted in a report published earlier this monththat the situation in the Syrian and Iraqi camps for families of ISIS fighters was already poor before the pandemic, and that they are not equipped to deal with an outbreak of infection.

“As in all displacement camps in Iraq and Syria, people live without clean water, adequate food or reliable medical services – much less soap, hand sanitisers or protective gear,” the International Crisis Group said.

The International Committee of the Red Cross in Syria told BIRN that it is not responsible for testing people who live in the camps, only for looking after patients admitted to its field hospital.

“Our field hospital in al-Hol camp remains operational and our team has started to take all necessary and preventive measures to protect the patients, and also themselves, against any spread of the virus,” the ICRC said.