Two Kosovo Serbs were recently charged with raping women during the war in 1999 – but their indictments highlighted how Kosovo’s courts have not managed to convict anyone of wartime sexual violence in two decades.

When Zoran Vukotic, a former Serbian police officer in Kosovo, was charged with earlier this month with raping a 16-year-old girl during wartime, officials in Pristina welcomed the indictment.

“Criminals should be brought to justice!” Kosovo’s Justice Minister Albulena Haxhiu urged in a post on Facebook.

But Vukotic, a Serb from Vushtrria/Vucitrn in northern Kosovo, is one of a very few people to have been charged with wartime rape in the country since hostilities ended in mid-June 1999.

Vukotic was arrested in Niksic in Montenegro on a warrant from Kosovo and extradited to Pristina in November 2016.

He used to be a police reservist in Vushtrri/Vucitrn, and was also a prison guard during the war, when he took part in the illegal detention of a large number of ethnic Albanian civilians at the nearby Smrekovnica detention centre from May to early June 1999.

During that period, the inmates were subjected to inhumane treatment, torture and beatings for which Vukotic was personally responsible.

In May 2018, he was sentenced to six-and-a-half years of prison for the mistreatment and torture of the civilians who were detained at Smrekovnica. The appeals court upheld the sentence in April the following year.

But this case involved no accusation of rape. However, Kosovo’s Prosecution Office found out in the meantime that Vukotic had raped a 16 years old female in the region of Mitrovica.

Drita Hajdari, the head of the War Crimes Department at Kosovo’s Special Prosecution Office and prosecutor in the case, said that “Vukotic intentionally and violently molested the victim”.

She said that the victim reported the case to the prosecution herself. “She knew the perpetrator even though the accused denied the charges. We asked the court to protect the victim’s identity so she will only be referred to by her nickname throughout the trial,” Hajdari told BIRN.

Hajdari explained the complexities that she had to cope with during her investigation – problems that are common in sensitive cases of sexual violence. “The victim is very fragile and I had to interview her in a special place in the presence of a psychologist,” she said. 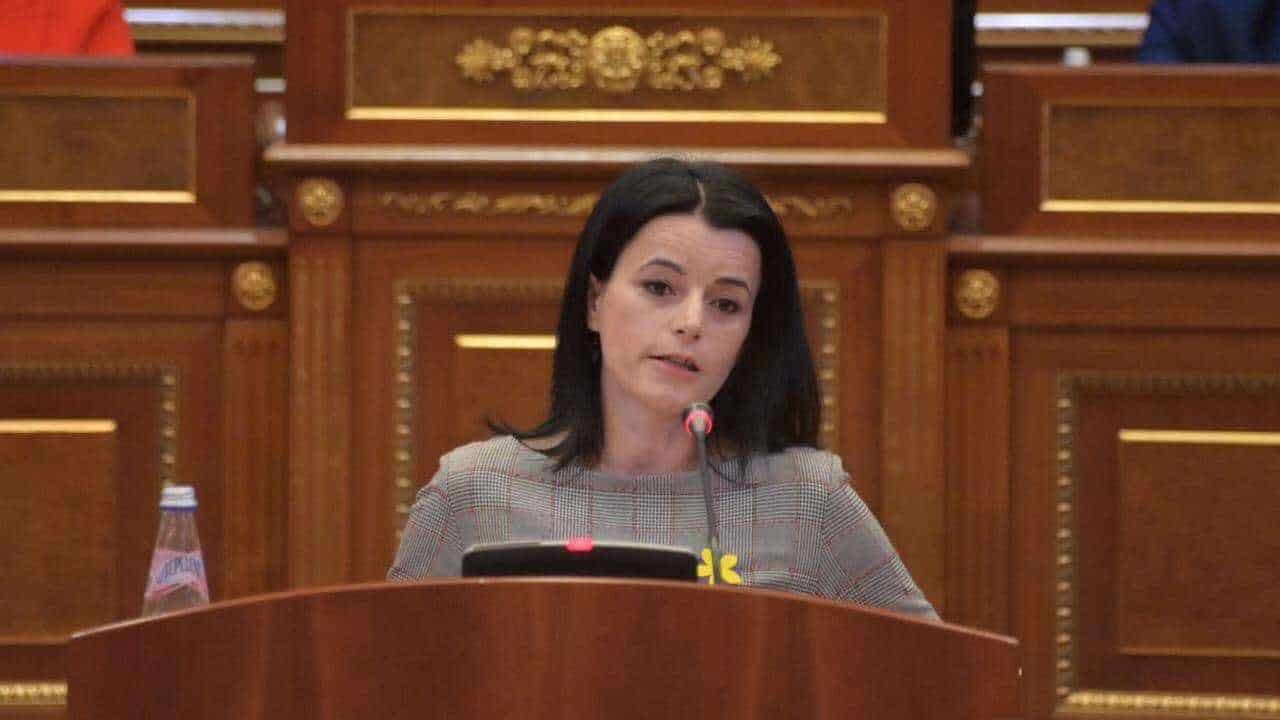 The UN and EU missions that used to be responsible for prosecuting wartime crimes in Kosovo failed to secure any sustainable convictions for sexual violence.

Back in 2013, the Basic Court in Mitrovica sentenced Jovica Dejanovic, a former Serb policeman, to 12 years in prison, and Djordje Bojkovic to ten years for raping a teenage girl in April 1999.

But the Supreme Court reversed the first-instance verdict and released both Dejanovic and Bojkovic in 2014.

The victim in the case was Vasfije Krasniqi Goodman, who has since become one of the few survivors of wartime sexual violence in Kosovo to defy the social stigmatisation that is widespread in society and speak about her ordeal publicly.

Krasniqi Goodman told BIRN that she was more optimistic that the Vukotic case would result in a conviction.

“One of the failures [of the UN and EU missions] was my own case. Nevertheless, I think that this current case gives hope and an incentive to restore a sense of justice,” she said.

“Based on what I have been told, there are more cases on the way and I encourage and support other victims to step forward and demand justice,” she added.

Outside Kosovo, the International Criminal Tribunal for the Former Yugoslavia in The Hague tried several cases in which the charges included rape alongside other wartime crimes.

Pavkovic was convicted, with the ICTY finding that, given his rank and command authority, could have been able to prevent incidents of sexual violence in the village of Beleg in the Decan/Decani municipality and Qirez/Cirez in the Drenas/Glogovac municipality. However, the Hague court cleared him of having responsibility for not preventing three other incidents in Pristina.

Lazarevic, Sainovic and Lukic were found guilty on appeal of bearing responsibility for incidents of sexual violence by troops in Beleg and Qirez/Cirez as part of a joint criminal enterprise in which they were involved.

Ojdanic and Lazarevic were both acquitted of responsibility for incidents of sexual violence in Kosovo, however.

Allegations of sexual violence were also part of the indictment in the case against former Kosovo Liberation Army commanders Ramush Haradinaj, Idriz Balaj and Lahi Ibrahimaj at the ICTY.

Balaj was accused of raping a Roma woman, but although the court found that the rape did happen, the victim could not identify Balaj as her attacker and he was acquitted of that count in the indictment.

Allegations have also be made at a showpiece trial in Serbia of former Yugoslav troops accused of war crimes including 100 killings in the villages of Qyshk/Cuska, Pavlan/Pavljan, Zahaq/Zahac and Lubeniq/Ljubenic near the town of Peja/Pec in April and May 1999.

At the trial in Belgrade, several members of the 177th Brigade of the Yugoslav Army, known as the Jackals, were convicted under a first-instance verdict in Belgrade in 2014 and sentenced to a total of 106 years in jail.

During the trial, Shehrije Balaj, a Roma woman from Kosovo, and two ethnic Albanian women testified that they were raped. However, the Serbian Appeals Court then dismissed the verdict and ordered a retrial.

‘Victims should shout about these crimes’ 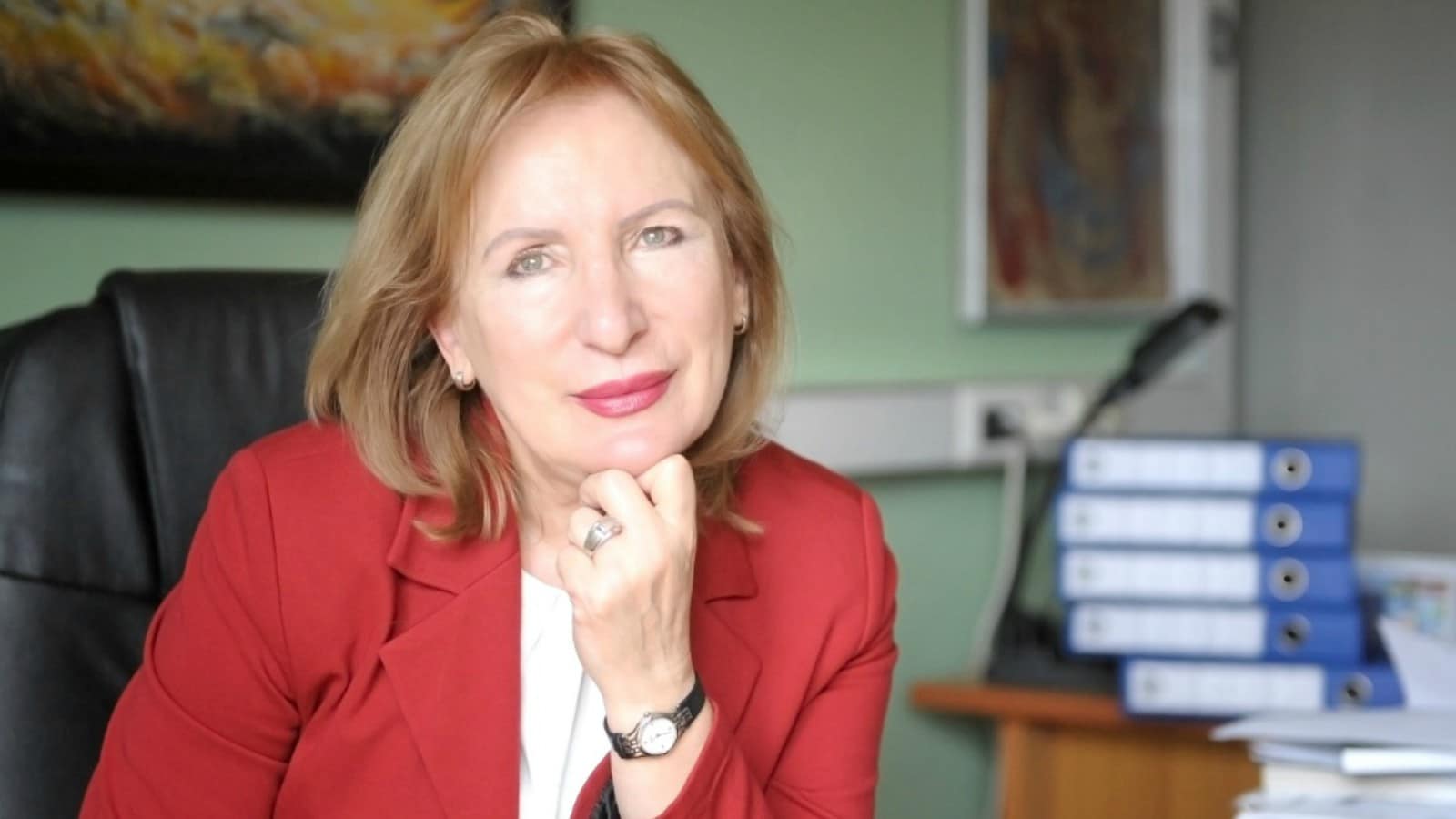 After the indictment of Zoran Vukotic, some details about a second wartime rape charge emerged last week when the authorities in Hungary arrested a Serbwho is wanted by the Kosovo judiciary.

The man is accused of hitting and raping a pregnant woman in the village of Videje/Vidanje in the Kline/Klina municipality in June 1999, the municipal court in Budapest announced. Kosovo prosecutors confirmed the arrest but declined to give further details about the case.

Drita Hajdari said that the prosecution has a specific investigative strategy for sexual crimes.

“I have decided that those cases should be handled by female prosecutors. Furthermore, we have to enhance the protection of victims,” Hajdari said.

Feride Rushiti, the head of Pristina-based Centre for Rehabilitation of Torture Survivors, which provides medical, legal and financial support to wartime rape survivors, assisted the victim in the Vukotic case during the investigation process.

Rushiti said she believes that the case will encourage others to seek justice.

“We are encouraging the victims to shout about these crimes that they were subjected to. These heinous crimes that were committed against them should be properly documented and thus exposed and subsequently punished so that there will not be any room for denials,” Rushiti told BIRN.

Maxine Marcus, the director of the US-based Transitional Justice Clinic and a former ICTY prosecutor, said that political support was needed and resources should be made available.

“There is a mountain of cases that the prosecution is working on to sort through the mess left by the international community and ultimately bring justice to many survivors in Kosovo,” Marcus told BIRN.

The EU’s rule-of-law mission EULEX handed over hundreds of unprosecuted war crime case files to the Kosovo judiciary at the end of 2018.

“The time is running out and there are only three [Special Prosecution] prosecutors who work on the war crime cases. At the same time, they still have to deal with other ordinary but demanding criminal cases,” she added.

“It can be done, even though not every incident will be prosecuted, but many can and will be, if the resources are available,” she said.

Krasniqi Goodman argued meanwhile that more than 20 years after the war ended, Kosovo should develop an effective strategy to prosecute sexual violence cases.

“It’s about time that Kosovo breathes life into its justice system which deals with war crimes,” she said.