The Bosnian state court has upheld a verdict acquitting five former Bosnian Serb police officers of involvement in the Srebrenica genocide in July 1995 due to lack of evidence. 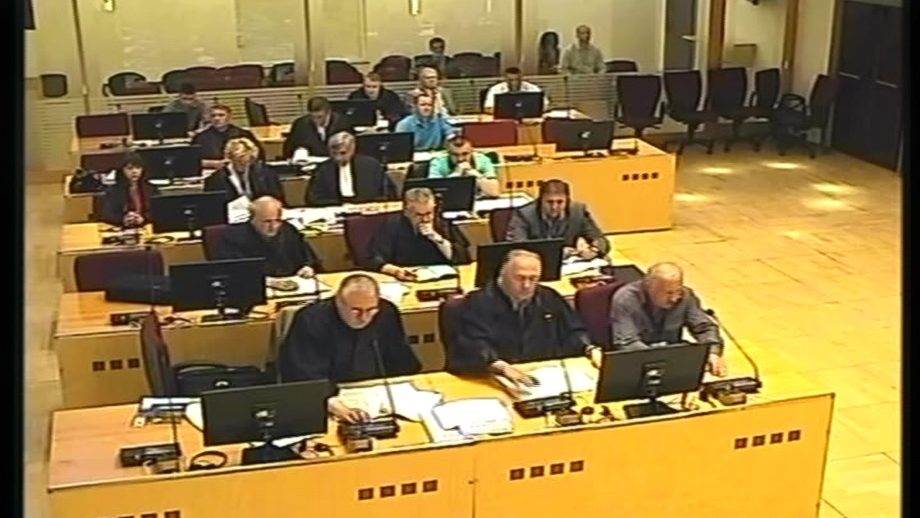 The defendants in the courtroom. Photo: Court of Bosnia and Herzegovina

“The verdict was dispatched on July 15. The defence teams received it on July 22 and July 23,” said Dragan Gotovac, Josipovic’s lawyer.

The state court confirmed that the verdict had been handed down, but could not provide further information because it said it is not sure that all the parties involved have received copies of the ruling.

Vasic was acquitted of committing genocide and the other four defendants of assisting the commission of genocide.

“The prosecution has not proved the existence of the defendants’ intent to exterminate,” said presiding judge Minka Kreho at the time, adding that the presence of police at certain locations connected to the genocide was insufficient evidence for a conviction.

More than 7,000 Bosniak men and boys were killed by Bosnian Serb military and police forces in July 1995 after the Bosnian Serb Army seized the UN-protected ‘safe zone’ of Srebrenica in eastern Bosnia – a crime which has been classified by international court verdicts as genocide.