BIRN has awarded grants to 13 journalists, historians, artists and activists for projects exploring the archives of the International Criminal Tribunal for the Former Yugoslavia and domestic courts in ex-Yugoslav countries that dealt with war crimes cases. 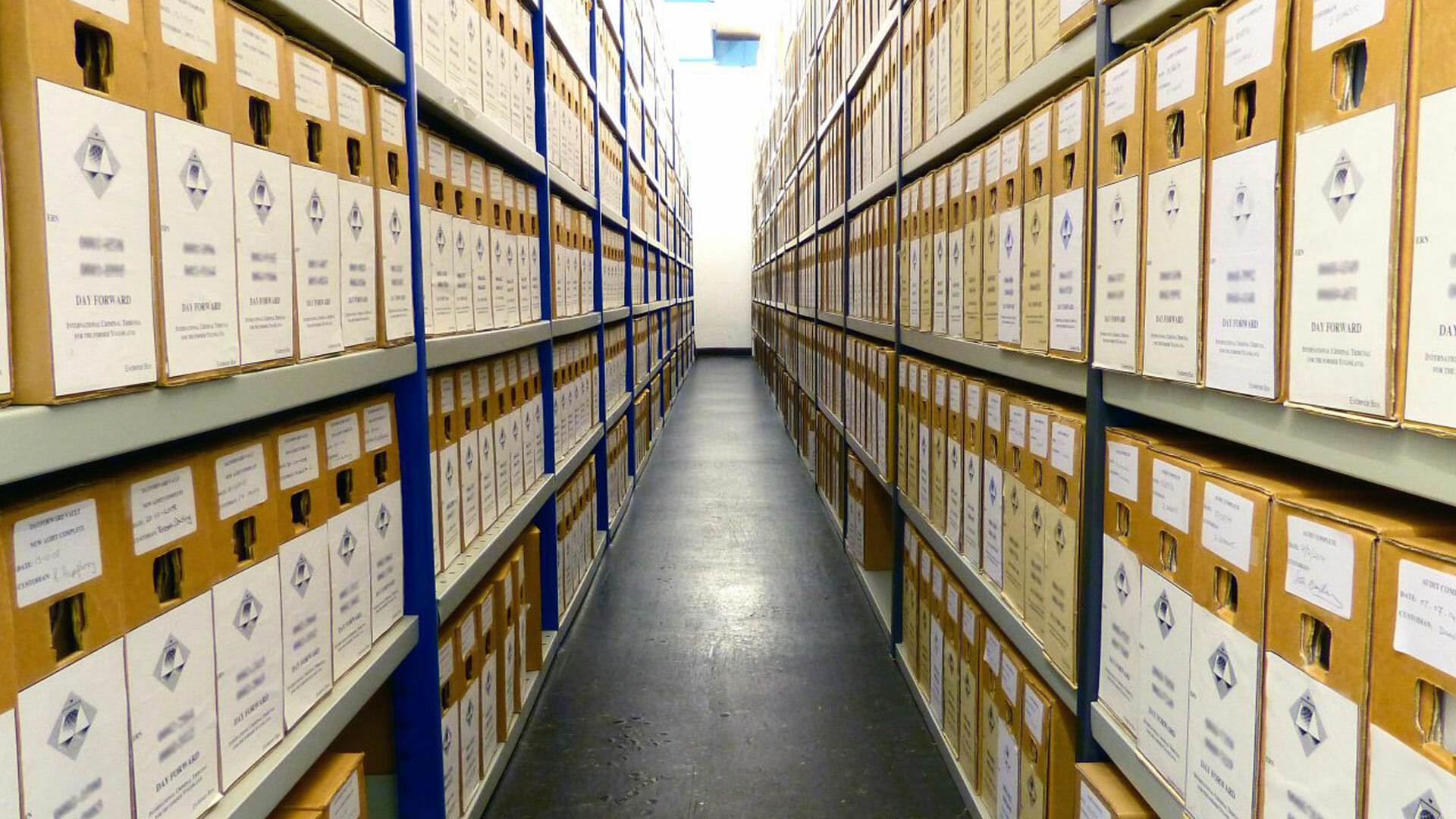 Prosecution archives at the International Residual Mechanism for Criminal Tribunals in The Hague. Photo: IRMCT.

The Balkan Investigative Reporting Network has selected 13 journalists, historians, artists and activists to receive grants to create small projects based on the archives of the UN war crimes tribunal in The Hague and domestic courts in former Yugoslav countries.

The recipients of the grants will conduct research, collect documents and dig deeper into the courts’ archives in order to produce projects about issues of justice and the Yugoslav wars.

BIRN initially planned to fund ten small projects, but due to the large number of high-quality applications, decided to increase the number of grants and fund 13 grantees to explore court archives.

The projects will include journalistic pieces, educational workshops, research papers, a documentary film, audiovisual work and a visual project.

They will explore topics such as gender-based violence, memory, Roma war victims, witness testimonies, war crimes, sexual violence, the experience of women in war and the role of photography in prosecuting war crimes.

Nejra Mulaomerovic, programme associate at BIRN’s Balkan Transitional Justice programme, said that archives play an important role in ensuring that the past is properly documented.

“The archives themselves are not a guarantee of the non-recurrence of conflicts, but if they are used by various actors from different research and academic backgrounds, they can contribute to raising awareness and can be used as tools to spark dialogue and inspire others to continue their efforts to seek justice and truth,” Mulaomerovic said.

“With these grants, BIRN continues to support activists, artists, historians and journalists to increase knowledge about the role of archives in transitional justice processes,” she added.

The selected grantees will be working on the following projects:

Aline Cateux will research the cases of the Uborak and Sutina massacres and produce three journalistic articles.

Amer Alija will develop training and lectures for young journalists about how to research court archives for Kosovo war crimes.

Fortesa Kabashi will produce a research paper on Kosovo war victims’ testimonies at the Hague Tribunal related to sexual violence.

Hamza Karcic will explore the role of peace initiatives and mediators during the 1992-95 war in Bosnia and Herzegovina.

Ljupka Mandic will map places of suffering of Roma victims in Kosovo.

Medina Delalic will analyse court testimonies related to the 1991 meeting in Karadjordjevo between Franjo Tudjman and Slobodan Milosevic.

Miodrag Kojadinovic will explore and analyse queer perspectives on the Hague Tribunal’s work.

Ron Haviv, Lauren Walsh and Srdjan Sarenac will produce a documentary telling the story of how one iconic photo of a war crime in Bosnia and Herzegovina created an impact in the quest for justice.

Sara Milenkovska will research the implications for reconciliation of gender-based violence in war crimes.

Selma Catovic Hughes will create a visual project exploring the topics of memory and time based on documented evidence, military reports and testimonies of the Sarajevo siege.

Una Sabljakovic will research the role of high-ranking Serbian State Security Officer Vasilije Mijovic and the Scorpions paramilitary group in the Yugoslav wars.

The grant scheme is a part of the Enhancing Accountability and Memorialisation Processes in the Balkans project, financed by the Matra Regional Rule of Law Programme, and is a part of BIRN’s Transitional Justice Programme, a regional initiative that aims to improve the general public’s understanding of transitional justice in Albania, Bosnia and Herzegovina, Croatia, Kosovo, North Macedonia, Montenegro and Serbia.