Well-known suspects including a former Bosnian presidency member, two Bosnian Army generals and a police chief make the Dobrovoljacka case one of the most high-profile in recent years – but what is known about the charges so far?

The Bosnian state prosecution filed an indictment this week charging ten people with committing a war crime in Sarajevo on May 3, 1992, when a Yugoslav People’s Army military convoy was withdrawing from the capital.

In the ‘Dobrovoljacka’ case, so called because of the street on which the crime was committed, the prosecution has indicted several people who were senior officials of the Republic of Bosnia and Herzegovina at the time, including Ejup Ganic, who was a member of Bosnia’s presidency at the time, Hasan Efendic, who led the Territorial Defence force, Bosnian Army generals Hamid Bahto and Fikret Muslimovic, and Bakir Alipasic, who was chief of police in Sarajevo.

The other indictees are Zaim Backovic, Jusuf Pusina, Enes Bezdrob, Ismet Dahic and Mahir Zisko. The prosecution hasn’t yet specified which crimes each of them has been charged with.

It did say however that evidence has been collected about the deaths of eight people, including civilians and medical staff, the wounding of 24 individuals and the capture of several dozen soldiers and civilians who were tortured and abused.

The indictment was filed following an investigation which went on for over a decade. The probe, which was halted at one point and then resumed after a legal challenge, also saw the controversial detention and then release of two Bosnian officials in Vienna and London on a request from Serbia.

Only after the charges have been confirmed by the state court will the details of this high-profile indictment be publicly disclosed. But several key points are already known.

Courts in Britain and Austria already ruled on the case 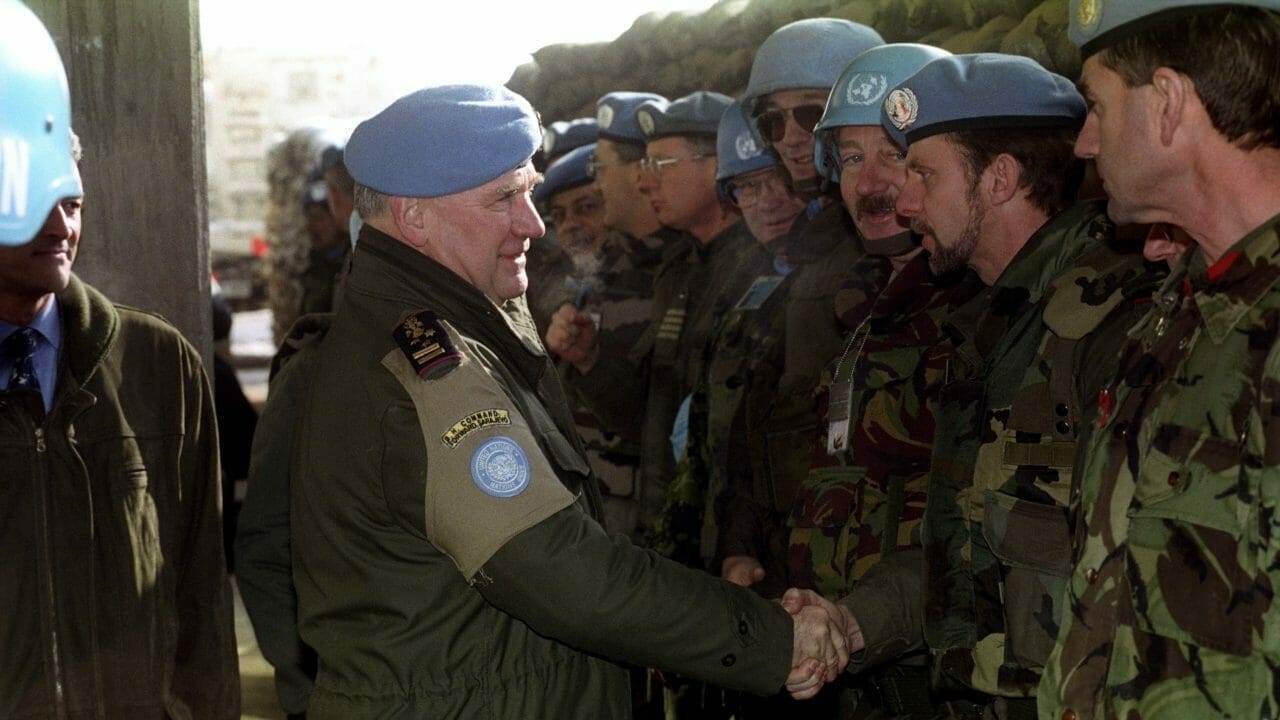 In March 2010, Ejup Ganic, a wartime member of the presidency of Bosnia and Herzegovina, was arrested in London after a request from Serbia, which sought his extradition in order to try him in Belgrade for war crimes.

But after hearing a number of witnesses on both sides, including politicians, human rights activists and prosecutors, a court in London’s Westminster rejected Serbia’s extradition request.

In its decision, the Westminster court said that the investigation was carried out on behalf of the International Criminal Tribunal for the Former Yugoslavia, ICTY in The Hague, and according to a report from its investigators and prosecutors, the ICTY that concluded that there was no case against Ganic.

“It is not sufficient for the war crimes prosecutor in Serbia merely to say that they take a different view of the evidence when a decision has been made by the International Criminal Tribunal for the Former Yugoslavia,” the Westminster court said in its decision, concluding that there was no valid justification for commencing proceedings against Ganic.

The court said it had reached a conclusion that “these proceedings are being brought [by Serbia] and are being used for political purposes and as such amount to an abuse of the process of this court”.

A year later, in March 2011, Jovan Divjak, a retired Bosnian Army general, was arrested at the Vienna airport on an Interpol ‘red notice’, which the Serbia issued due to accusations that he participated in the incident in Dobrovoljacka Street in 1992.

In the meantime, the Bosnian prosecution filed a request for Divjak’s extradition, based on the fact that suspects for war crimes committed in Bosnia and Herzegovina who have citizenship of the country come under the Bosnian jurisdiction.

The Austrian court then rejected Serbia’s extradition request for Divjak, noting that it suspected that he would now have a fair trial there.

The ruling was also influenced by a previous decision by the ICTY in The Hague, which said that it lacked sufficient evidence to launch proceedings against Divjak, who has since died. 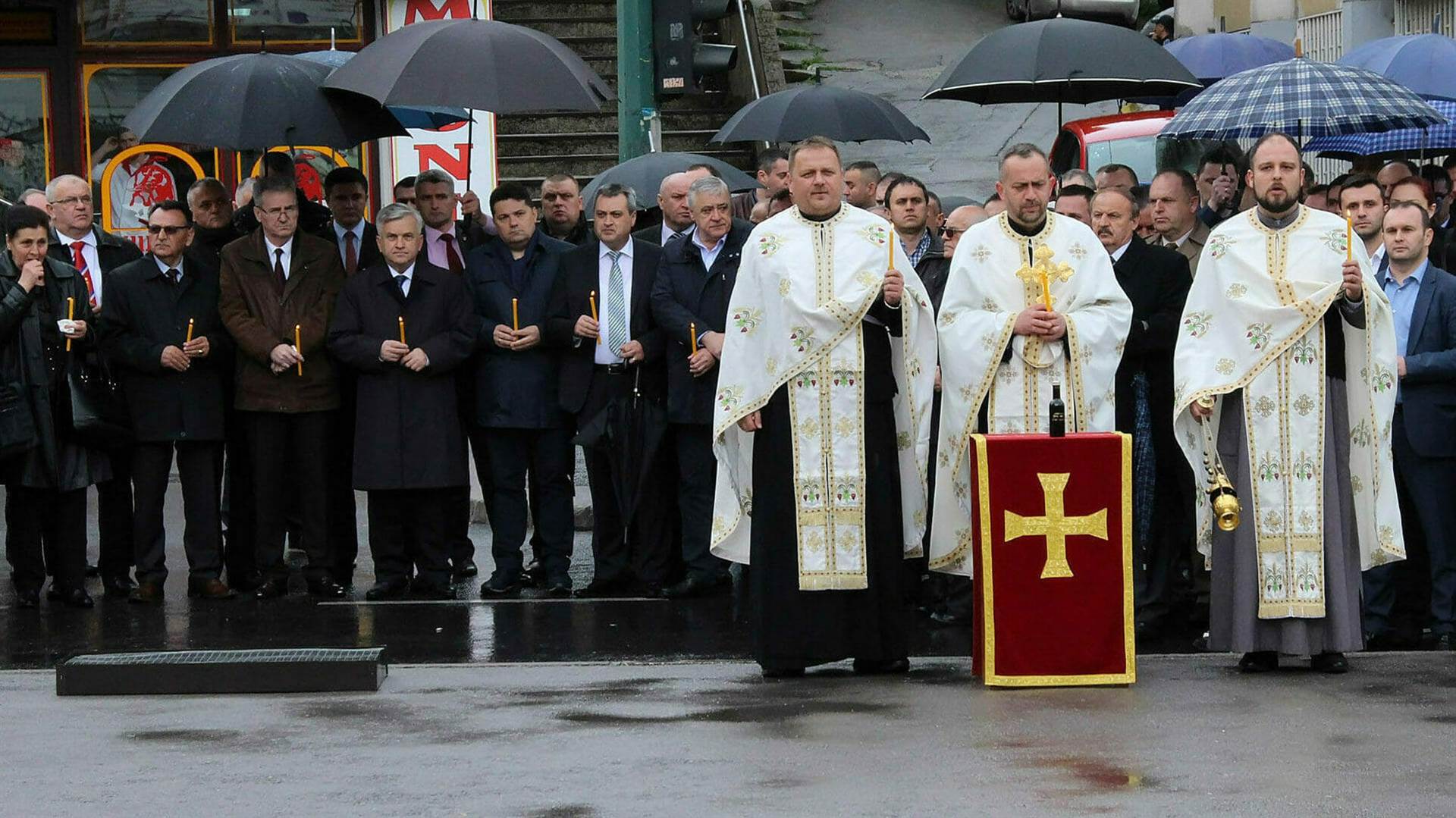 A commemoration for the victims of the 1992 violence on Dobrovoljacka Street. Photo: BIRN.

In January 2012, a Bosnian state prosecution investigation into 14 individuals who were suspected of crimes in Dobrovoljacka Street in Sarajevo in May 1992 was discontinued. The suspects included Ganic, Efendic, Backovic, Pusina, Muslimovic and Divjak. The decision was made because it was determined that the suspects’ actions contained no elements of a criminal offence.

“Following an extensive investigation, an order was issued to discontinue the investigation into the said suspects on the basis of statements given by 352 witnesses and 412 pieces of material evidence, including documents, video footage, intercepted conversations and other evidence material,” the state prosecution announced at the time.

It said however that an investigation into the killing of seven people and the wounding of 14 others in Dobrovoljacka Street would continue because there was evidence that a war crime was committed.

Families of the Yugoslav People’s Army soldiers who were killed then filed a complaint against the discontinuation of the investigation with assistance from the Interior Ministry in Bosnia’s Serb-dominated Republika Srpska entity. The court didn’t make a decision about the complaint so the families filed an appeal to the Constitutional Court of Bosnia and Herzegovina, which ordered the state prosecution to decide.

In November 2018, the prosecution set aside the decision to discontinue the investigation and ordered it to be reopened. 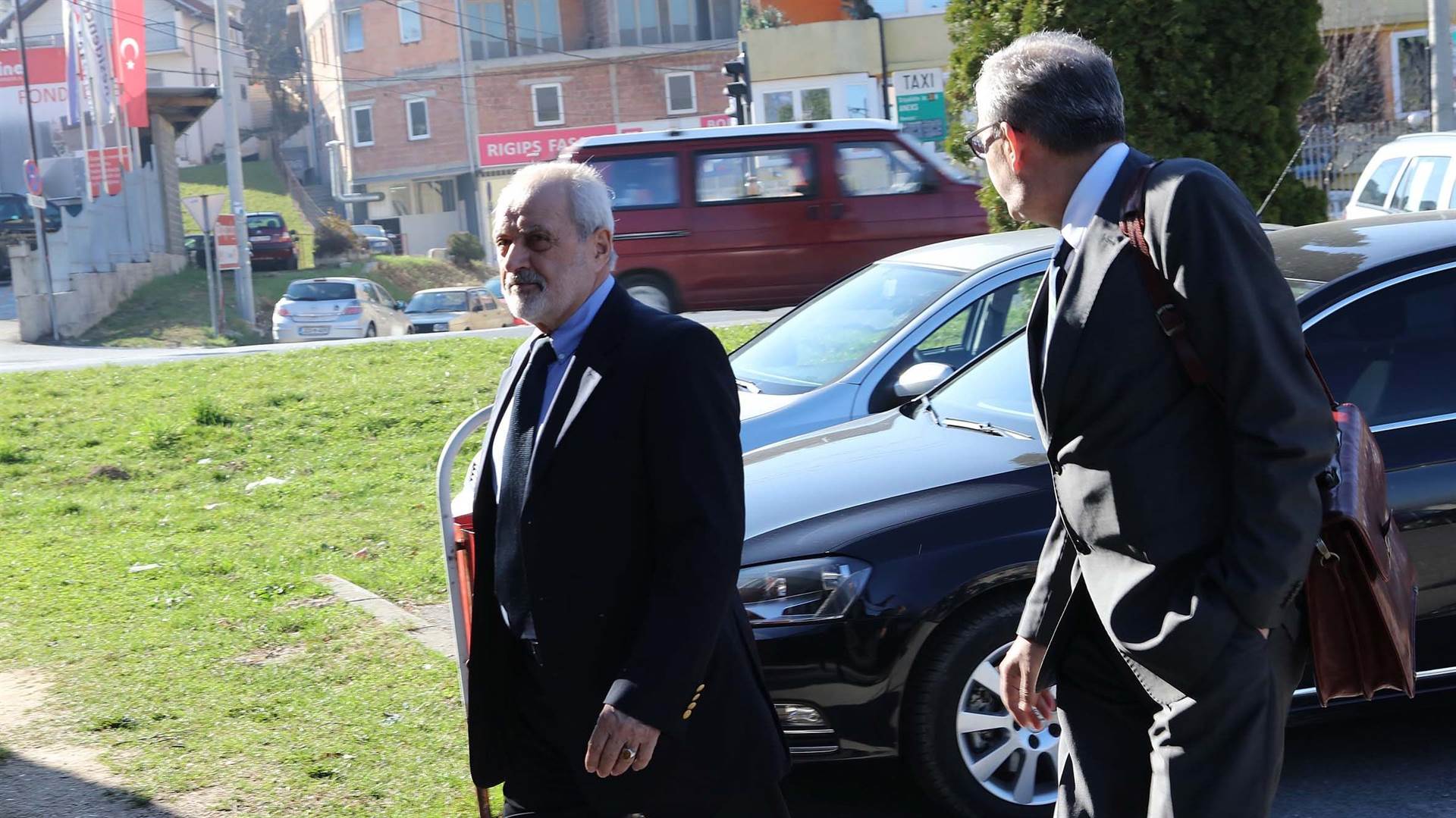 Although the Bosnian state prosecution has not disclosed any details, of the ten people indicted in the Dobrovoljacka case, several are accused of having command responsibility for the crime.

They have been charged with planning, encouraging and carrying out an attack against an “undefended mixed convoy” of soldiers and civilians working for Yugoslav People’s Army who were being escorted by United Nations peacekeeping troops.

Until now, the state prosecution has not accused this many people of having command responsibility in a single case.

It is not clear from the prosecution’s statement whether any of them is accused of being one of the direct perpetrators of the crime.

Finally, the prosecution’s proposal that 277 witnesses be heard during the trial suggests that if the state court confirms the indictment, the proceedings might go on for years. Long trials are a problem for the Bosnian judiciary, which has a huge backlog of war crimes cases to deal with.

British judge Joanna Korner said in a report in 2020 in a report entitled ‘Improving War Crimes Processing at the State Level in Bosnia and Herzegovina’ that the length of trials must be reduced. In practice, this would mean that the only witnesses to be called are those who are “strictly necessary to prove the case”, Korner said.