Authorities in Bosnia’s Sarajevo canton are refusing to release the contract they signed with a Chinese consortium for the reconstruction of the capital’s tram lines, making public oversight impossible.

Secrecy surrounding the terms of a 20 million-euro contract to relay tram lines in the Bosnian capital, Sarajevo, is raising concern over the transparency of the project, awarded to a consortium of Chinese firms, one of which is associated with a record of controversy and workplace accidents.

CREC 10 is part of the China Railway Engineering Corporation, CREC, working under the umbrella of another CREC subsidiary called China Overseas Engineering Group, COVEC. Both CREC 10 and COVEC were involved in the construction of a bridge in Kenya, part of which collapsed in June 2017, injuring 27 construction workers.

BIRN has seen a part of the tender documentation, but the content of the winning bid, the contractual deadlines, prices and other important information concerning one of the biggest infrastructural projects underway in the capital are classified.

The Cantonal transport ministry did not respond to a request to release the decision declaring the contract confidential, violating a 15-day deadline under the Law on Free Access to Information.

Experts say that without full transparency it is impossible to properly monitor the legality of the work carried out.

“Pulling back the curtain a bit on Chinese companies and how they operate in China and elsewhere is really the key,” said Allison Carragher, a visiting scholar at the think-tank Carnegie Europe, specialising in economic engagement in the Western Balkans. Municipal and state authorities can “require for this information to be made public,” she told BIRN. 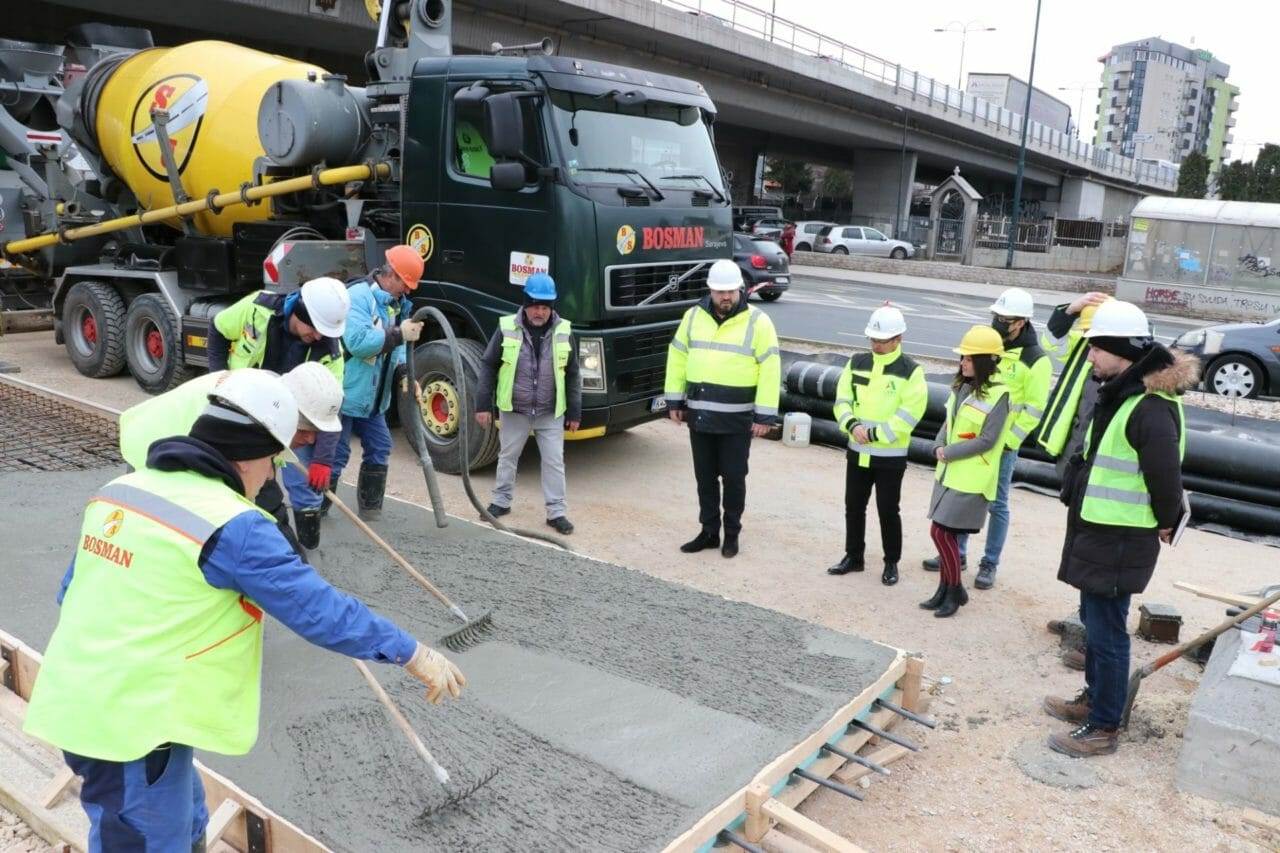 In mid-2017, part of a bridge being built by COVEC in the Kenyan town of Sigiri collapsed, injuring 27. An accident report blamed the poorly-timed pouring of concrete, while Kenyan newspaper The Standard said the mistake occurred outside usual working hours.

In June 2017, before the accident, parent company CREC said CREC 10 would be involved in the bridge construction to ensure its completion by that August.

In a subsequent court verdict, COVEC is cited as having accepted responsibility for the bridge collapse. Two Kenyan directors of local companies were suspended for two years but a second instance court verdict absolved them of blame. The directors told the court that they had designed the bridge according to COVEC standards and instructions.

Separately, between 2018 and February this year, Kenyan courts ordered CREC 10 to pay compensation to seven workers for unjustified dismissal.

Problems were also reported in China.

In June 2017, when the bridge collapsed in Kenya, a gas leak was also reported at a CREC 10 construction site for a tunnel in the Chinese province of Yunnan, killing six workers. Weeks earlier, a crane toppled over in the city of Jinan, killing five on the spot; a sixth worker succumbed to his injuries in hospital.

In 2020, CREC 10 was fined over violations of environmental regulations; the following year it was fined again for non-permitted work on the road and violations of safety standards.

FACT: In 2017, a $12 million Chinese-built bridge in Western Kenya collapsed before it could be completed.

Other members of the CREC family have run foul of the World Bank.

In 2019, the World Bank banned CREC 1 from participating in its tenders for two years over alleged wrongdoing during tender procedures for at least four contracts, two of which CREC 1 won in 2015. CREC 5 was also punished by the World Bank in 2019 for, among other things, falsifying documents when applying for two tenders in Africa.

A decade earlier, when Chinese firms were first venturing into the European infrastructure market, COVEC won the tender to build a 49-kilometre section of a highway between the Polish capital Warsaw and Lodz, ahead of the Euro 2012 football tournament.

COVEC had offered to build the road for some 317 million euros, less than Polish authorities had originally envisaged paying, but when the project ran into trouble and COVEC requested additional resources, the Poles refused and COVEC pulled out in 2011.

Leslaw Szczepaniak, an engineer at RHDHV Poland, which got the job of supervising the highway project, said the Chinese were determined to succeed but the COVEC managers each sought to strike “a private deal.”

“Because of this the prices they negotiated with the subcontractors killed the market for other Polish companies – the Chinese managers didn’t care about the right price but about getting a bribe from each of the subcontractors,” Szczepaniak told BIRN. 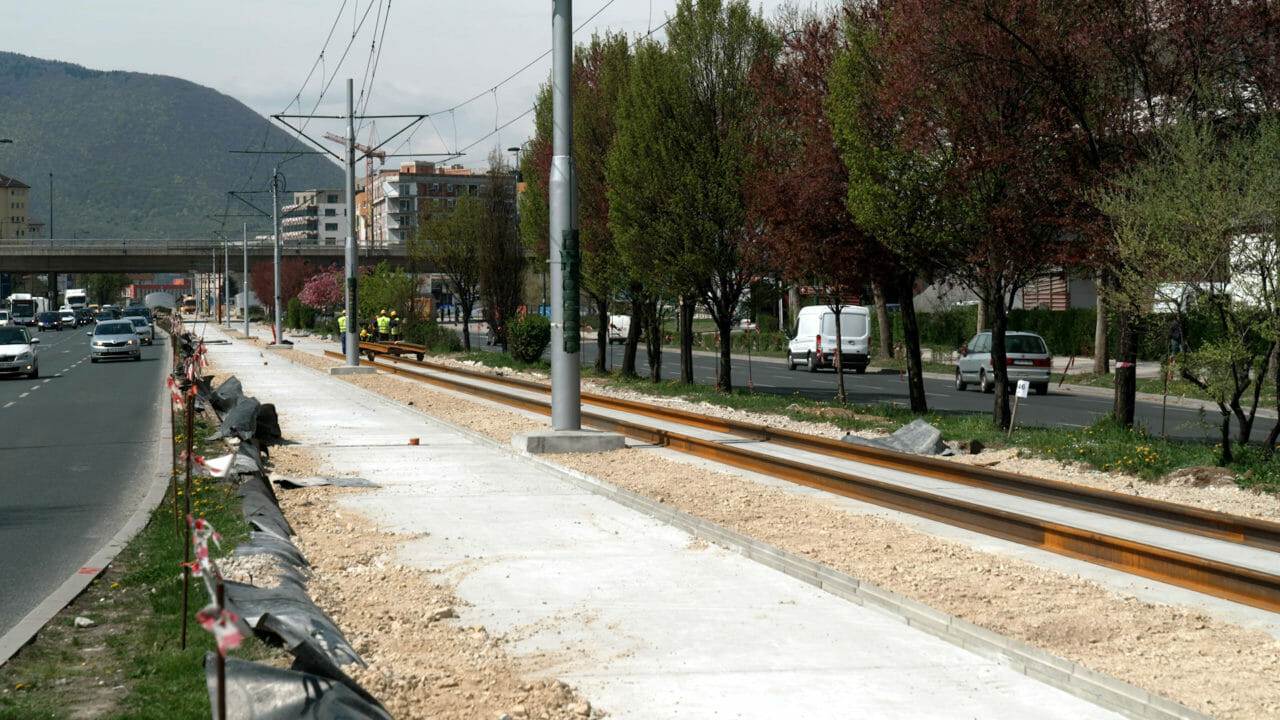 In a written response to BIRN, the Sarajevo cantonal transport ministry said that it was familiar with the record of the companies that submitted bids for the tram project, “to the extent that the bidders were requested to present historical data in the tender documentation.”

According to tender documentation and conditions seen by BIRN, bidders were required to certify that they did not have a “continuous history of judicial disputes” or lost lawsuits between 2015 and 2019.

The ministry, however, refused to make available the content of the winning bid or the subsequent contract that was signed, citing procedural requirements set down by the European Bank for Reconstruction and Development, EBRD, which provided a loan to pay for the project. The contract, the ministry said, is confidential. The EBRD declined to comment on the record for this story so BIRN was unable to independently confirm that the ministry’s reasoning is accurate.

“For access to the documents you should approach domestic institutions,” he said. “Given that the subject matter of the procurement is known, according to EBRD procedures there is no reason to classify the contract or its parts that are of interest to the public,” Lapandic told BIRN.

EBRD’s involvement, he said, cannot override the Law on Free Access to Information.

Carragher, of Carnegie Europe, said that the involvement of the EBRD could be beneficial for transparency.

“If they [the EBRD] insist on disclosure of the documentation (…) a local politician can say that they must follow the EBRD rules. That would be a great benefit,” she said. 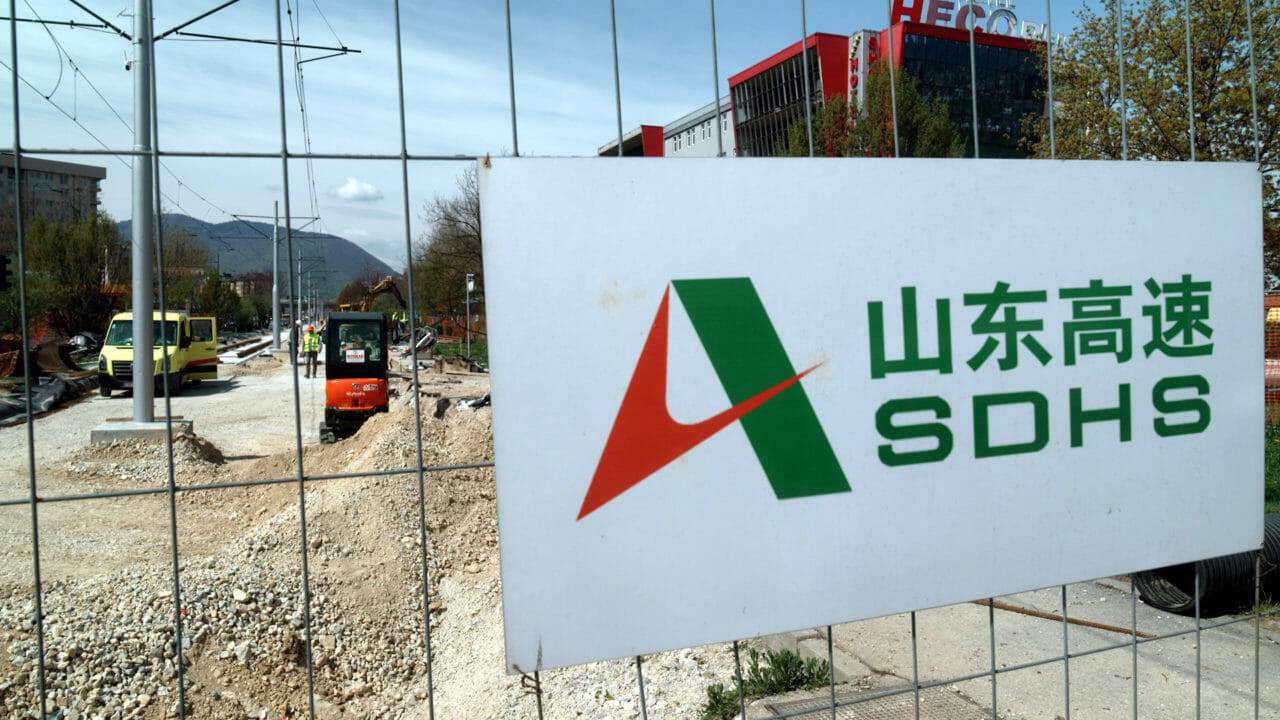 Inscription of one of the Chinese companies on the construction site in Sarajevo. Photo: BIRN.

According to the ministry, the bid price was crucial in deciding who won the tram tender.

Shandong and CREC 10 offered to do the job for the lowest price, some 6.3 million euros less than the second-ranked bidder. EBRD data provided to BIRN show that the consortium offered a price of 20.4 million euros.

Lapandic said it was typically the case that contracting authorities opt for the lowest price, ignoring other criteria used to determine the best, not necessarily the cheapest, offer.

“It would have been much better had they chosen the work performed assurance weight, besides the price, and I would undoubtedly also choose the quality of the rails as yet another weight,” Lapandic said.

“So, the problem does not lie in the low price, but whether the specifications related to the quality and work assurance have been set properly.”

The refusal to release the contract means the public is also in the dark as to how subcontractors are engaged.

Workers of the local Bosnian company Bosman refused to talk to journalists at the construction site, citing contractual obligations.

Carragher said that it would be important to monitor how much workers are paid and whether working conditions are respected. BIRN has previously documented labour violations at Chinese construction sites in Serbia.

Work on the tram lines in Sarajevo began in August last year.

The official online registry of companies in Bosnia lists two companies with the word ‘Shandong’ in their titles, and another under the name SDHS-CSI BH, all registered in the northern town of Banja Luka, the administrative seat of Bosnia’s predominantly Serb-populated Republika Srpska entity. There is no company listed under the name CREC.

Workers on the tram lines directed BIRN to a downtown Sarajevo office as the location of Shandong. There, an employee provided BIRN with an email address, to which this reporter sent questions, but no there was no reply.

A person who answered on the mobile number listed in the official registry said they previously “kept the books” for the company but were not authorised to speak to media. The person provided a landline, but no one answered on that number. BIRN was unable to find any other contact details online.

In 2018, SDHS-CS BH signed a contract to build a highway between Banja Luka and Prijedor. Work began in November 2021, when Republika Srpska authorities said details of the deal would not be made public unless the company involved allowed it.

Asked about public complaints concerning the transparency of the Banja Luka-Prijedor highway deal involving Shandong, the Sarajevo cantonal transport ministry told BIRN it was not familiar with the allegations.

Cantonal Transport Minister Adnan Steta and the Prime Minister, Edin Forto, did not respond to requests to be interviewed for this story.

On April 13, Forto told N1 TV there was nothing wrong with the contract for the tram works.

“All contracts with the EBRD are the way the EBRD makes them,” he said. “We do not make any revisions of what is requested in terms of procedures. (…) Nothing is hidden in those contracts,” Forto said.

Responding to criticism concerning the transparency of the project, Steta told a press conference on April 14 that he was among a new generation of politicians “who have taken on the responsibility of informing the public about everything that the previous [generation] did not for the past 30 years.”

Steta previously said that he would resign if the project was not completed on time. Authorities now say work will be completed by the end of August 2023.

“What is important is for deadlines for contract implementation to be specified in the contract,” said Lapandic.

“I assume that the said deadlines are specified in the contract, but it is interesting to note that, if the works are not completed within the planned deadlines, it remains unknown whether the contract foresees any delay penalties.”

Claudia Ciobanu, BIRN correspondent from Poland, contributed to this report.