A special international tribunal would be able to prosecute senior officials for the crime of aggression during the Russian invasion of Ukraine and bring justice for victims, says international law professor Andrew Clapham.

Establishing a special international tribunal for the crime of aggression in the Russia-Ukraine war, as recently proposed by a group of public figures and legal specialists, could enable senior officials like Russian President Vladimir Putin to be prosecuted, experts believe.

Andrew Clapham, a British professor of international law, told BIRN that focusing on the crime of aggression could mean that “individuals who ordered and planned the invasion” are brought to justice at a special tribunal.

Clapham argued that it would be “easier to identify those people than necessarily the commanders who have been responsible for the targeting decisions and the war crimes”.

“So the reason why people are talking about aggression is that it would be fairly clear-cut who were the authors of the aggression and who was in control of the Russian armed forces of that time,” he explained.

He said that such a case would cover “all of the deaths that are a result of the aggression, including Ukrainian soldiers”.

“It would also cover all of the destruction, even destruction of military bases, and one would not need to show that something was disproportionate or question whether there was a military objective, all of the damage would be covered by that aggression,” he added.

A group of international lawyers and professors, led by former British Prime Minister Gordon Brown, recently launched a campaign to set up a special tribunal for Ukraine which would focus on the crime of aggression.

They said that the Russian invasion “poses a grave challenge to the post-1945 international order, one premised on the idea of the rule of law and principles of self-determination for all peoples and the prohibition of the use of force”.

They argued that although the International Criminal Court has powers to investigate war crimes and crimes against humanity in Ukraine, it cannot deal with the crime of aggression because Russia is not a party to the court, and Moscow would veto any attempt by the UN Security Council to refer it to the ICC.

Clapham, a professor at the Geneva-based Graduate Institute and author of the book War, is a member of an international task force of human rights lawyers that was recently set up to examine crimes committed in Ukraine. He is currently assisting the Ukrainian prosecution.

He said however that “nobody knows” at the moment how a special tribunal could be established, and that there are multiple possibilities.

The basis of jurisdiction would be Ukrainian law “because the acts have happened in Ukraine”, he explained.

“The discussion now is what kind of international involvement there should be, is this something which should be endorsed by the General Assembly of the United Nations, which would give it, obviously, some sort of wider legitimacy,” he said.

A court established under the aegis of the EU or the Council of Europe, or an “ad hoc group of states that choose to join either a treaty or some supportive mechanism for Ukraine” are also options, he added.

“I think the more important point is that by talking about aggression, one already puts people on notice that there will be some sort of accountability, not just for the war crimes and crimes against humanity, but also I think there’s going to be continuing attention on the crime of aggression and that’s important for this conflict, but also for other conflicts,” he said.

Which incidents could constitute war crimes? 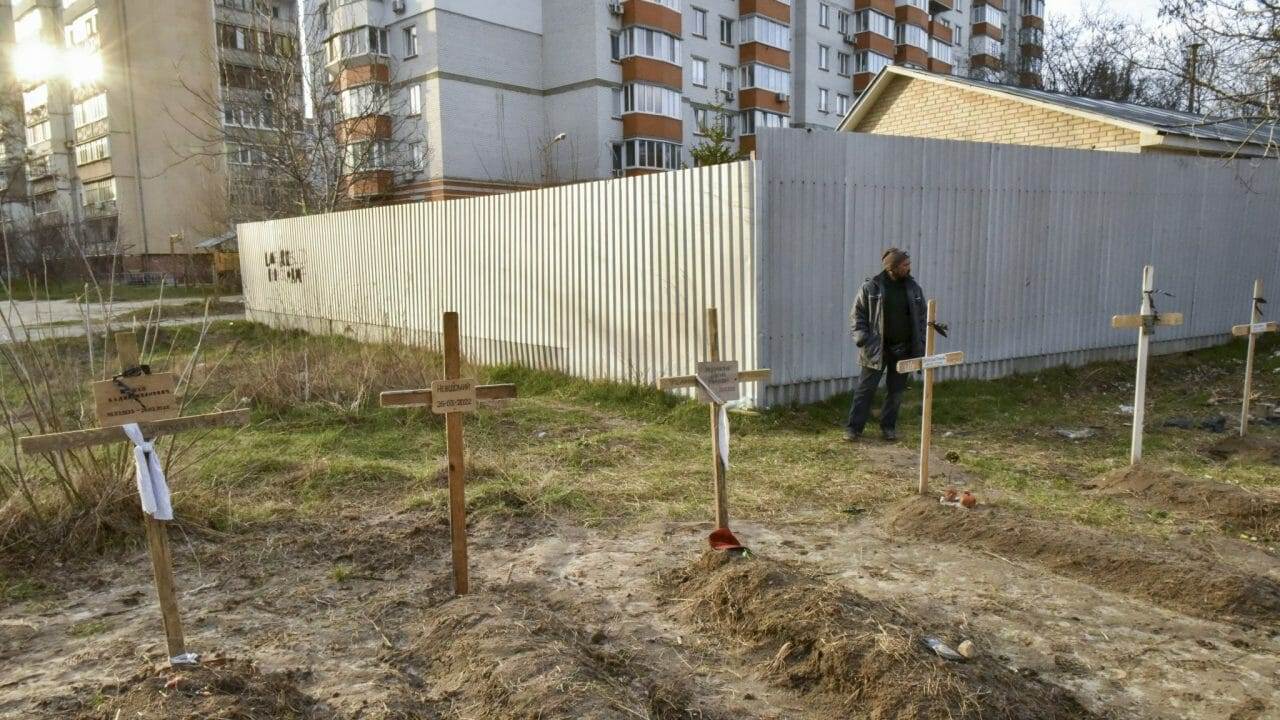 There have been increasing numbers of reports in recent days about alleged war crimes by Russian forces in Ukrainian cities like Bucha, Mariupol and Kharkiv. Clapham said that the most obvious incidents that could be classified as war crimes could be “the indiscriminate bombing of areas where there are civilians and no obvious military objectives”.

“So the level of the destruction is going to suggest that is either an attack on the civilian population or an attack on a military objective, which created excessive civilian damage,” he said.

“Starvation of the civilian population” could also constitute a war crime, he added. Deliveries of humanitarian assistance in Mariupol have been repeatedly blocked, the Ukrainian authorities allege.

“So to the extent that humanitarian assistance has been blocked from getting through and delivery of food, or people have been unable to provide that kind of assistance – that is going to fit within the definition of starvation of the civilian population,” Clapham explained.

When it comes to evidence of war crimes, much of it will be digital, he said: “That might be the satellite image of a town before and after a bombing, it could be a recording on somebody’s cell phone, it could be photos taken on people’s phones which are then sent over WhatsApp and intercepted.

“I think probably the future for war crimes trials that we’re going to see is going to be very much based on photographic evidence taken in a digital way at the scene of a bombing,” he said.

Although some of these incidents could form part of a case at the International Criminal Court, dealing with the crime of aggression would be more difficult at the ICC, since neither Ukraine nor Russia were parties to the Rome Statute that set up the court.

“And that was obviously something which a number of states were very keen on, they did not want their leaders exposed to this crime,” he added, referring to countries like the United States, Britain, Russia and China.

Clapham added that states apart from Ukraine will have to decide how they want to be involved in any special tribunal – “whether it’s through a legal commitment, through some sort of treaty that will promise cooperation in surrendering suspects, in helping to provide the costs of the tribunal, in providing maybe even financing or even stuff to help”.

There will be also a questions like “what sort of crimes this tribunal should extend to and how far back it should go: should it deal with the most recent conflict, should it go back to 2014 [when Moscow annexed Crimea and the conflict in eastern Ukraine began]?”

But what about Washington’s wars? 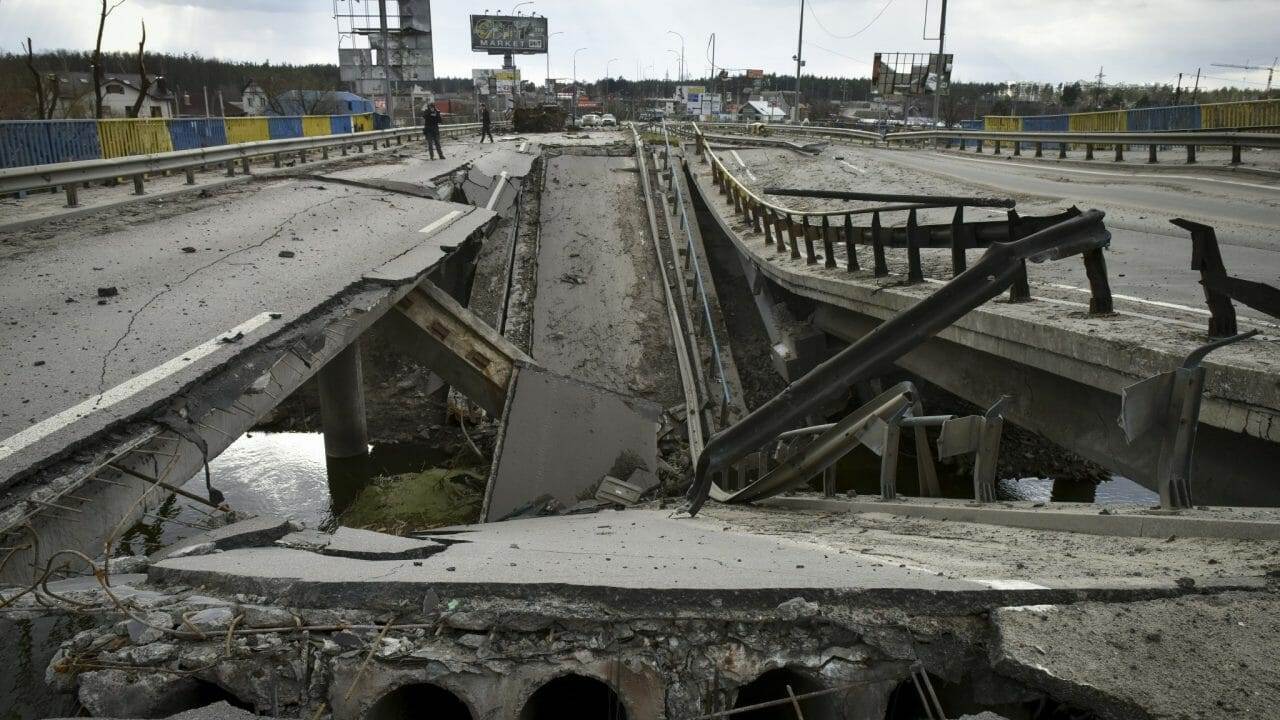 A damaged bridge in Bucha, which was recaptured by the Ukrainian army, April 4. Photo: EPA-EFE/OLEG PETRASYUK.

There has been some controversy over the proposed new special tribunal because many crimes committed in previous or continuing wars have not been properly investigated or prosecuted – particularly the US and its allies’ military campaigns in Afghanistan and Iraq.

Clapham acknowledged that “it’s true that people will say and already saying ‘that looks very selective because why wasn’t there a tribunal to cover the aggression, for example, of the United States and United Kingdom in 2003, with regards to Iraq’, and that there isn’t an easy answer to that”.

The short answer would be that the US, Britain and other Western countries “didn’t consider themselves to be aggressive states and didn’t want to set up a tribunal”. In Ukraine, however, they see Russia as the aggressor for invading its neighbour.

“That is selective, there’s no doubt about it,” Clapham said.

“But I think if you step back and ask morally, should we punish some people some of the time or nobody any of time, because we can’t punish all of the people who do wrong things then morally I think there’s a good case for saying, well, if states want to punish this aggression, they should go ahead and do it,” he argued.

He pointed out that this does not mean “that the other cases of aggression weren’t aggressions, it just means that there wasn’t political support to prosecute such aggression”.

He argued that cases should be prosecuted at the national level if possible, in Ukraine itself.

Russian courts could also prosecute violations of the laws of war, either by Ukrainians or members of Russia’s own forces.

“In my experience, states tend not to prosecute their own troops for war crimes, it tends to be a sort of concept which is used against the enemy, but there is no reason that a people shouldn’t be prosecuted in Russian courts,” he said.

One of the challenges for any international or domestic case is whether the defendants can actually be brought to court. One option would be to try current prisoners of war, Clapham suggested.

“So, because Russian troops are physically in Ukraine and are being captured it is not at all inconceivable that people would be prosecuted for war crimes, either in Ukraine or Ukraine could surrender those people to the ICC,” he said.

“Now the leadership crime of aggression is obviously more complicated because somebody would have to travel to a state that wants to prosecute that person for aggression and that is much less likely, and there are some quite complicated legal points about immunity of serving and former officials,” he added.

Clapham pointed out however that “one never quite knows what’s around the corner”.

Some of his colleagues did not believe that Yugoslavia’s wartime president Slobodan Milosevic would ever be arrested and put on trial in The Hague because “leaders of states were never prosecuted at tribunals like that”, he recalled.

“And as you know, he was prosecuted.”