The deputy leader of the Kosovo Liberation Army Veterans’ Organisation, Nasim Haradinaj, told his trial in The Hague that there were no new revelations in leaked documents from war crimes cases that caused the charges against him. 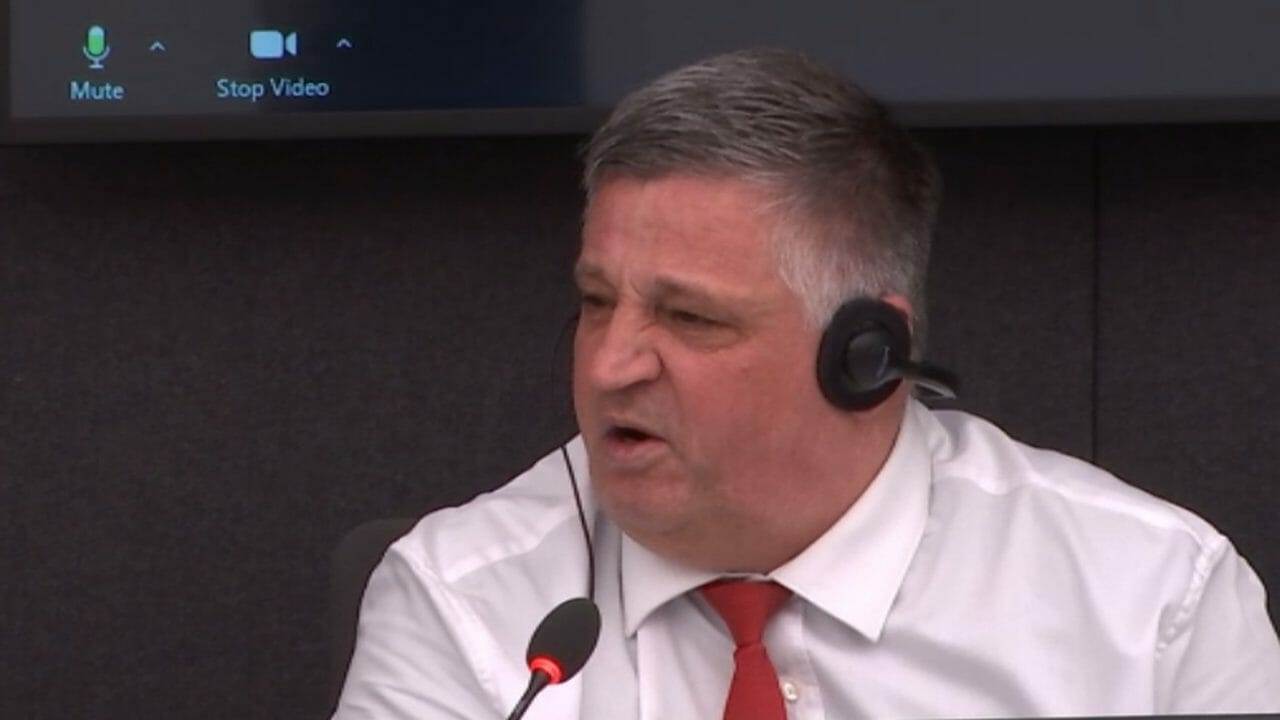 Nasim Haradinaj testified on Tuesday at the Kosovo Specialist Chambers in The Hague that the information in documents from the Hague court that were leaked to the Kosovo Liberation Army Veterans’ Organisation was already known to the public.

“There was nothing hidden,” Haradinaj told the court.

Haradinaj told the court that the documents from the Kosovo Specialist Chambers that were sent to the KLA War Veterans’ Organisation office in Pristina in 2020 contained “what had been spoken about [in the media] two months previously and looked like the draft indictment of [Kosovo’s former President Hashim] Thaci”.

Haradinaj told the court that he read the names of Thaci and his co-accused, former Kosovo guerrillas turned politicians Kadri Veseli, Jakup Krasniqi, and Rexhep Selimi, in the files. The four men have since been charged with war crimes and have pleaded not guilty at the Kosovo Specialist Chambers.

Haradinaj insisted that he has never mentioned any other name from the confidential files in public.

Haradinaj and the leader of the KLA War Veterans’ Organisation, Hysni Gucati, are accused of obstruction of justice and witness intimidation because they received the documents, which contained confidential information about protected witnesses in the cases against KLA ex-guerrillas, and urged the media to publish extracts from them. They have both pleaded not guilty.

During his testimony on Tuesday, Haradinaj said he and Gucati were justified in distributing the documents to media at a series of press conferences in Pristina for the sake of transparency. He said that the facts about the documents had been “manipulated by journalists, which is not our responsibility”.

Haradinaj also told the court he never tried to contact any of the witnesses that were mentioned in the documents.

He went on to say that the Specialist Prosecutor’s Office could have stopped the distribution of the documents to the media if it had wanted to because the announcements of the press conferences were public.

“As we saw the day of [Haradinaj and Gucati’s] arrest, over 50 armed [officers] with masks, without masks, with long rifles and snipers had the capacity to take [the documents] and no one would have stopped them, because we never stopped them from taking the documents,” Haradinaj said.

In her introductory speech, prosecutor Valeria Bolici saidthat on September 6, 2020, some boxes were left in the hallway of the offices of the KLA War Veterans’ Organisation in Pristina.

In the boxes were case files with the names and personal information of potential witnesses in war crimes investigations at the Kosovo Specialist Chambers.

Gucati and Haradinaj then held three press conferences at which they revealed confidential information from the files and identified details of certain potential witnesses, the prosecution alleges.

The Kosovo Specialist Chambers were set up, under pressure from Kosovo’s Western allies, to try crimes allegedly committed during and just after the Kosovo war from 1998 to 2000. They are part of Kosovo’s judicial system but located in the Netherlands and staffed by internationals and are widely resented by Kosovo Albanians who see it as an insult to the KLA’s war for liberation from Serbian rule.

Witness protection has been a key concern for the Specialist Chambers after incidents of witness-tampering at previous trials of KLA commanders.