State Prosecution filed 15 war crime indictments against 39 persons this year, less than in 2020, including four persons who were previously convicted by the Hague Tribunal and State Court.

During the last four years BIRN has identified a trend towards the issue of fewer indictments for war crimes.

Under its Revised Strategy for War Crimes Processing, Bosnia’s state prosecution is obliged to deal first with the most complex war crimes cases; less complex ones should be referred to entity and Brcko District prosecutions.

However, more than a year since the adoption of the strategy, the Council of Ministers, the state government, has still not appointed a supervisory body to monitor the cases, among other things.

Acting state prosecutor Milanko Kajganic recently told BIRN that around 10 more indictments for war crimes would be issued by the end of the year, so that the results at the end of 2021 would probably be similar to those in the previous year.

In the same interview, however, he warned that the public should no longer expect the same number of indictments as six or seven years ago, because back then more evidence was available.

“Whatever existed has already been prosecuted – so the hardest cases to prove have remained,” Kajganic explained.

Many legal experts believe that the prosecution of the most complex cases should have started long ago – but more and more indictments are being issued as the year progresses. 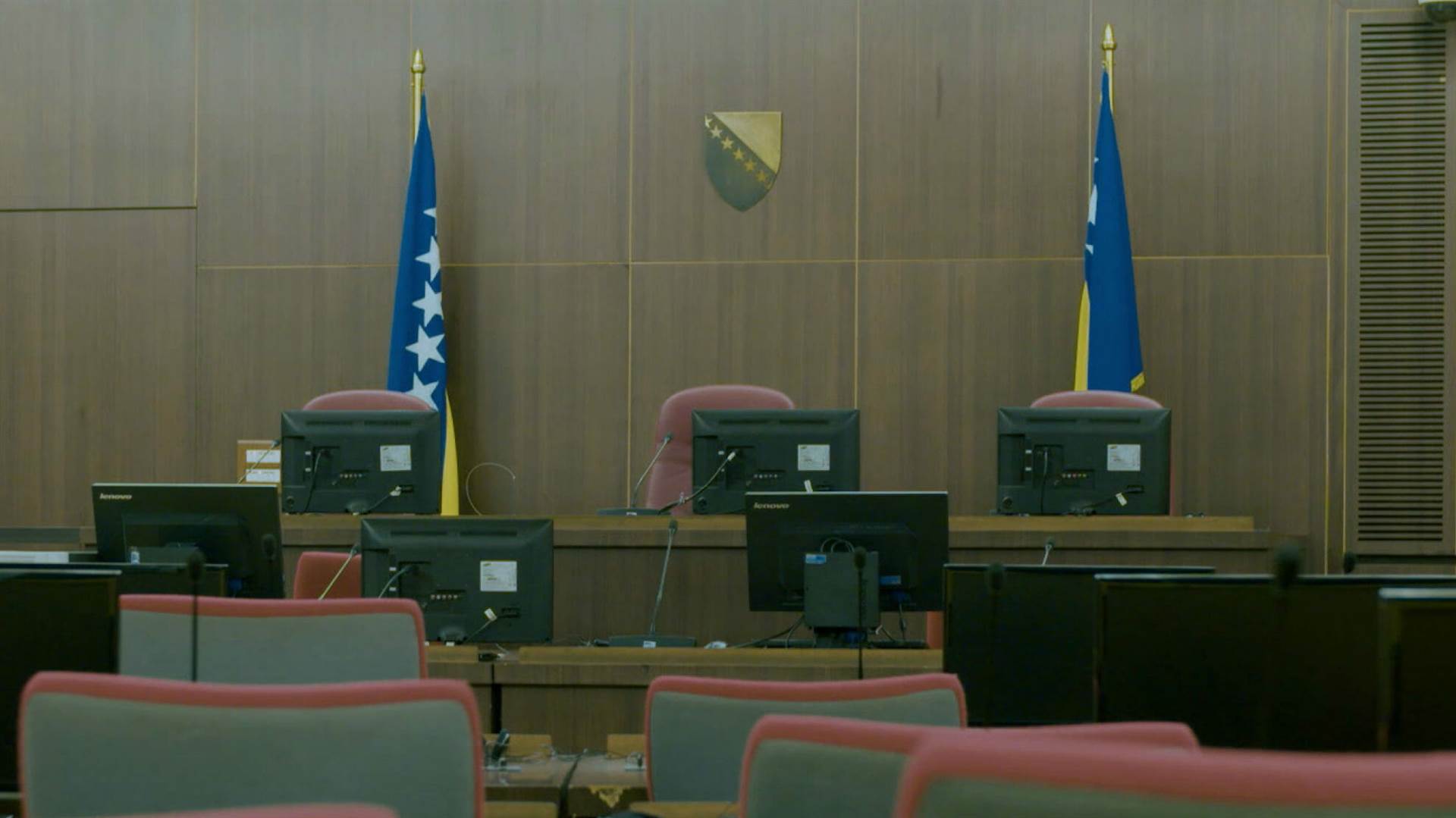 Former judge and prosecutor Esad Fejzagic says an opportunity to prosecute the most complex cases and perpetrators of most crimes was missed; too much time has passed, resulting in the deaths of defendants, injured parties and witnesses.

“Given the scope of the crimes, we should have been aware that a huge number of perpetrators of horrible crimes would not be prosecuted by judicial institutions. Very few people have answered in court compared to the number of crimes committed,” he said.

“The solution would have been to target the highest-ranking officials and commanders at the start – but unfortunately they failed to do so,” Fejzagic said.

Lawyer Senka Nozica echoes this complaint, saying that a lot of unfinished cases could have been completed faster.

According to her, the state court and prosecution, the Court and Prosecution of Bosnia and Herzegovina, were formed for that purpose – but that least has been done with war crime cases.

“Even when they do press charges, the prosecution is exhausting itself by examining a huge number of witnesses in order to prove one fact,” she noted.

“You don’t have to bring all witnesses to court, if just one of them can confirm the key facts. A court decision can be rendered on the basis of a far fewer witnesses than proposed by the prosecution,” Nozica said.

According to her, the state prosecution should transfer “the cases that are classified as lesser”, adding that nobody should be “amnestied” for war crimes.

British judge Joanna Korner, in her recommendations to the prosecution, urged it not to waste resources by issuing indictments against unavailable persons or persons already serving sentences for war crimes, so that indictments cover perpetrators who have not yet been prosecuted.

On the other hand, Kajganic says prosecutors render such decisions independently and cannot exclude a person from an indictment if they have determined his or her responsibility in a case against multiple perpetrators.

The prosecution issued its first war crime indictment in 2021 against Goran Viskovic “Vjetar”, former member of the Bosnian Serb Army, VRS, for crimes against humanity in the Vlasenica and Milici area between April 1992 and the end of 1993.

The state court had, however, previously sentenced him to 18 years in prison for crimes in Vlasenica.

Goran Cesic, whom the Hague Tribunal, ICTY, sentenced to 18 years in prison for crimes in Brcko, was charged, along with Slobodan Ljubicic and Stojan Petrovic, with the murder of Bosniak civilians, unlawful and violent detention of female civilians, rape and sexual abuse, committed in their capacity as members of the Interior Ministry of Republika Srpska, MUP RS, i.e. the RS police. Cesic and Petrovic are both citizens of Serbia.

Miodrag Nikacevic “Zundja” whom the state court previously sentenced to ten years in prison for crimes against humanity in the Foca area, was recently accused again of crimes in the same town. Novica Tripkovic, sentenced to eight years in prison in each of the two cases referring to crimes in Foca and Kalinovik, was indicted again for crimes committed in the Foca area four days before the end of the year. 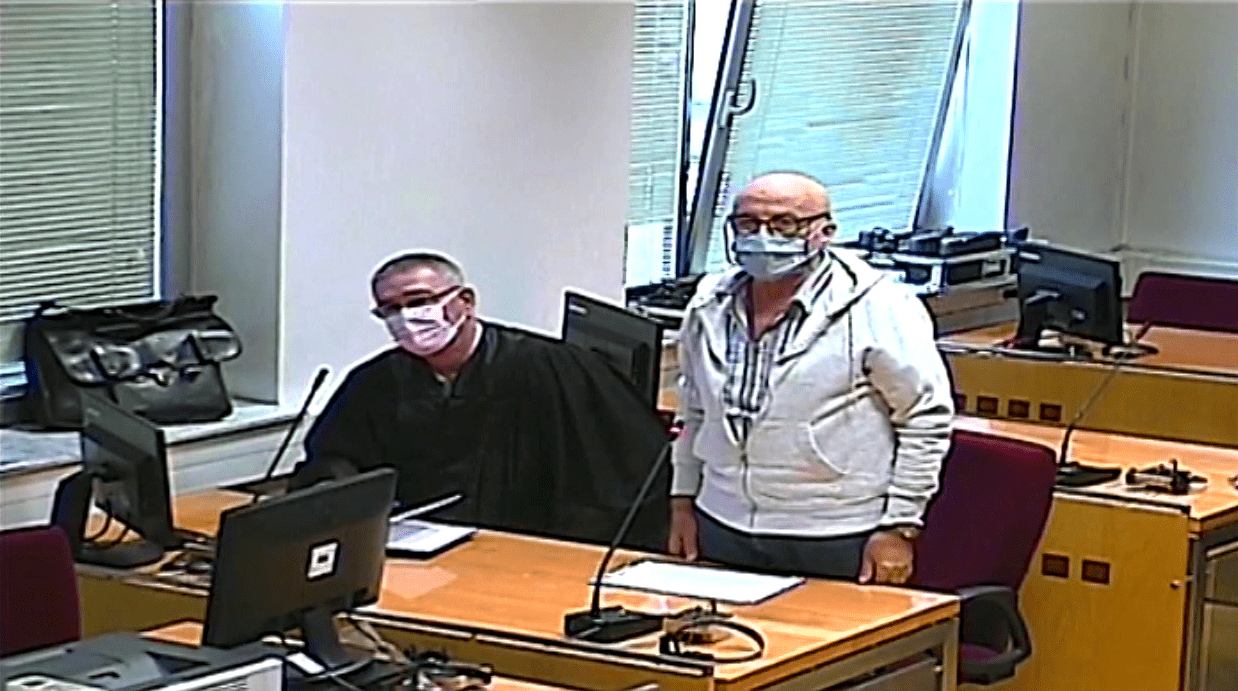 On the other hand, the state court refused to confirm an indictment against Milenko Stanic, former president of the Crisis Committee and later also the wartime presidency of Vlasenica municipality, charging him with having participated in a joint criminal enterprise there between April 1992 and the end of March 1993.

The prosecution didn’t announce an indictment against Stanic at all, while the state court said the decision rejecting the indictment had been annulled, and the procedure has still not been completed.

The prosecution confirmed that the extra-procedural council of the Court had upheld its appeal and sent the indictment back for a new procedure, announcing a few days ago that a new indictment against Stanic had been filed with the Court.

During this year, the prosecution filed indictments against Rade Macura for crimes in the area of Bosanska Gradiska, Radovan Veljovic, for rape and sexual abuse in the area of Foca, while Milomir Djuricic and Vukadin Spasojevic, former manager and guard in Uzamnica detention camp, were accused of crimes in the Visegrad area.

In the last few days, besides Nikacevic and Tripkovic, indictments were also issued against Zdravko Samardzija, former member of the Command of the Special Police Detachment with the Security Services Centre in Banja Luka, for crimes in Kotor-Varos; former Bosnian Army members Dzevad Avdicevic, Ahmed Hadzajlic, Muharem Efendic and Izet Ikanovic for crimes against prisoners of war in Teocak; and Zivan Miljanovic, Stevo Bokaric, Jovica Petrovic, Mirko Simic, Goran Saric, Ljubo Markovic, Slavenko Kocevic and Zvonko Przulj – charged in their capacity as managerial-level staff of the police and State Security Sector, over the killings of 22 civilians from Bukres village, Bijeljina.

The state court acquitted Saric in two separate cases over accusations that he committed crimes in Sarajevo in 1992, in his capacity as chief of the Public Security Station Centre, as well as genocide in Srebrenica in 1995, in his capacity as commander of the Special Police Brigade of MUP RS. 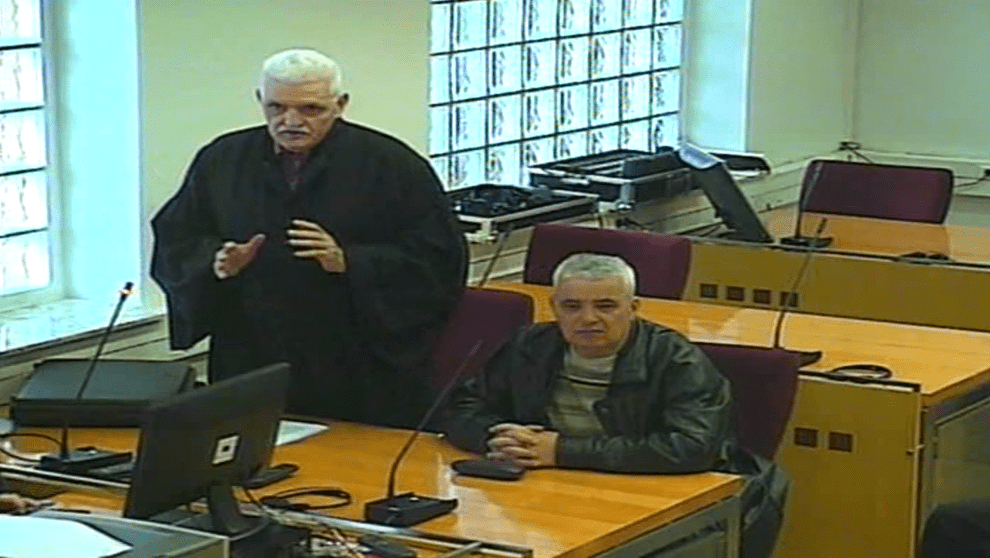 During 2021, the state court issued 18 verdicts, including ten second-instance ones, sentencing 18 persons and acquitting three; eight persons were sentenced and ten acquitted under first-instance verdicts.

The OSCE Mission, which monitors war crime cases conducted before the Court of Bosnia and Herzegovina, says that between January and mid-December the rate of convictions in relation to the total number of adjudicated cases increased.

The longest first-instance sentence was pronounced against Rade Garic – 20 years for crimes in the Vlasenica area in 1992 and crimes against Srebrenica residents in July 1995.

The longest second-instance sentence was given to Simo Stupar, former member of the Public Security Station in Vlasenica – 12 years in prison for participating in murder, abuse of civilians and forcible disappearances of civilians in Vlasenica.

But before the verdict became final, Stupar had vanished, however. According to border police, he went to Serbia, after which an arrest warrant was issued against him.

A second-instance verdict for Srebrenica was passed down against former commander of the Second Battalion of the Zvornik Brigade of VRS Srecko Acimovic. He received seven years for having assisted in the genocide, after the Appeals Chamber reduced his first-instance sentence of nine years.

During 2021, only one sentence was pronounced as per a plea agreement. This was against Goran Viskovic, who was sentenced to eight years for crimes in the Vlasenica and Milici area.

At the beginning of the year, the state court sentenced the former commander of the Third Corps of the Bosnian Army to ten years in prison for having failed to prevent murders and inhumane acts by members of El Mujahideen Detachment in the area of Vozuca and Zavidovici. However, the Appeals Chamber quashed the verdict and ordered a retrial.

Those acquitted this year include former police officials Miodrag Josipovic, Branimir Tesic, Dragomir Vasic, Danilo Zoljic and Radomir Pantic, after it was determined at the end of the first instance-trial that the accusations of having assisted in the Srebrenica genocide had not been proved.