A year after the identity of a protected witness in a Srebrenica genocide trial was publicly revealed by media in Bosnia’s Serb-dominated Republika Srpska, putting his safety at risk, the Bosnian prosecution has not brought any charges.

A year after an investigation was opened into the disclosure by several media outlets of the identity of a protected witness in the trial of five ex-policemen accused of involvement in the Srebrenica genocide, the prosecution has not announced any progress in the case.

A year after an investigation was opened into the disclosure by several media outlets of the identity of a protected witness in the trial of five ex-policemen accused of involvement in the Srebrenica genocide, the prosecution has not announced any progress in the case.

The investigation was opened in September 2020 after several prominent media outlets in Bosnia’s Serb-dominated Republika Srpska entity reported details that identify the witness, who was testifying in the trial at the Bosnian state court under the pseudonym M-16.

The witness claimed during his testimony in 2017 that Republika Srpska’s current Prime Minister Radovan Viskovic offered him money to dig mass graves in 1996.

The state prosecution said a year ago that it would check information that it had received that certain staff members at the Bosnian state court and prosecution might have been connected to the disclosure of the protected witness’ identity and the unauthorised provision of access to official documents. 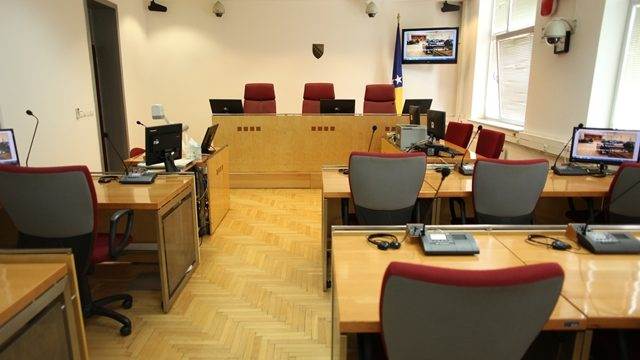 However, one year on, the prosecution did not respond to BIRN’s inquiries about what stage the case is at now, and whether prosecutors have carried out any checks on the basis of the report about the possible involvement of court and prosecution staff members in the witness’s exposure.

Legal experts said there was no excuse for the lack of progress in the past year.

“For me there is no excuse for failing to complete the investigation in such a long period of time,” said former judge and prosecutor Esad Fejzagic.

“The law provides that investigations should be completed in six months at the maximum. Otherwise the assigned prosecutor must file a report to the chief prosecutor explaining why the investigation has not been completed,” Fejzagic added.

Fejzagic said he thinks that the delay in the investigation sends a message to war victims that they can forget about justice and fairness.

Several days after the publication of the information about the protected witness in Glas Srpske, Milorad Kojic, director of the Centre for Research of War and War Crimes and Search for the Missing Persons of Republika Srpska, said that the names of “all witnesses who testified against convicted Serb war criminals” would be disclosed.

Kojic said at the time that the Centre was half-way to publishing a list of witnesses who he claimed gave “false statements”. No such list has yet been published.

Murat Tahirovic, president of the Association of Victims and Witnesses of Genocide, said that witnesses are always subjected to certain pressures, particularly protected witnesses who are ‘insiders’ testifying against former comrades and need full protection.

“It is peculiar and strikingly frightening that the prosecution has been dragging this out for a year although those involved in the revelation went public and used media attention and presented certain facts indicating that they would exert pressure and saying they would publicly disclose the names of witnesses, which has shaken the witnesses’ decision to continue appearing in court,” Tahirovic said.

Lawyer Ragib Hadzic argued that the case is sending a clear and simple message to protected witnesses: “Don’t testify, as your identity will become known.”