The disappearance of Bosnian Serb Army general Milomir Savcic, who is on trial for assisting the Srebrenica genocide, is the latest in a series of incidents in which war crimes suspects and convicts have escaped justice in Bosnia and Herzegovina.

The Bosnian state court this week asked for an international warrant to be issued for the arrest of Milomir Savcic, a wartime Bosnian Serb Army regiment commander and head of the Veterans’ Association of Republika Srpska, after police failed to find him at his home address when they followed up a court ruling that ordered him to be remanded in custody.

The custody remand was made because Savcic breached regulations preventing him from speaking publicly about issues relating to his trial for allegedly assisting the commission of the 1995 Srebrenica genocide.

Savcic’s mobile phone was switched off, his lawyer had no idea of his whereabouts, and speculation spread that he had fled across the border to Serbia, which does not extradite war crimes suspects to Bosnia, in order to evade justice.

On Wednesday however, the Serbian Interior Ministry denied that Savcic had entered the country. The Border Police of Bosnia and Herzegovina also said he had not been registered as leaving.

By disappearing, Savcic became one of dozens of war crime defendants or convicts who are unavailable to the Bosnian judicial authorities. Most of them are in Serbia.

The dean of the law faculty at the University of Vitez, Goran Simic, said that “the question is, how do these men get across the border?”

“How many times should people flee before the state court and prosecution stop their bad practices?” Simic demanded. “They have constantly been doing a terrible job on this.”

Suspects who are in Serbia have no fear of being sent back to Bosnia to stand trial even though the two countries have an extradition agreement, because its provisions do not apply to the offences of genocide, crimes against humanity and war crimes.

Tahirovic claimed that the Bosnian judicial authorities aren’t using the powers that they have to keep suspects in the country and “keep repeating the same mistake”.

“The mechanism exists, but it should be used,” he said.

On the run with two passports 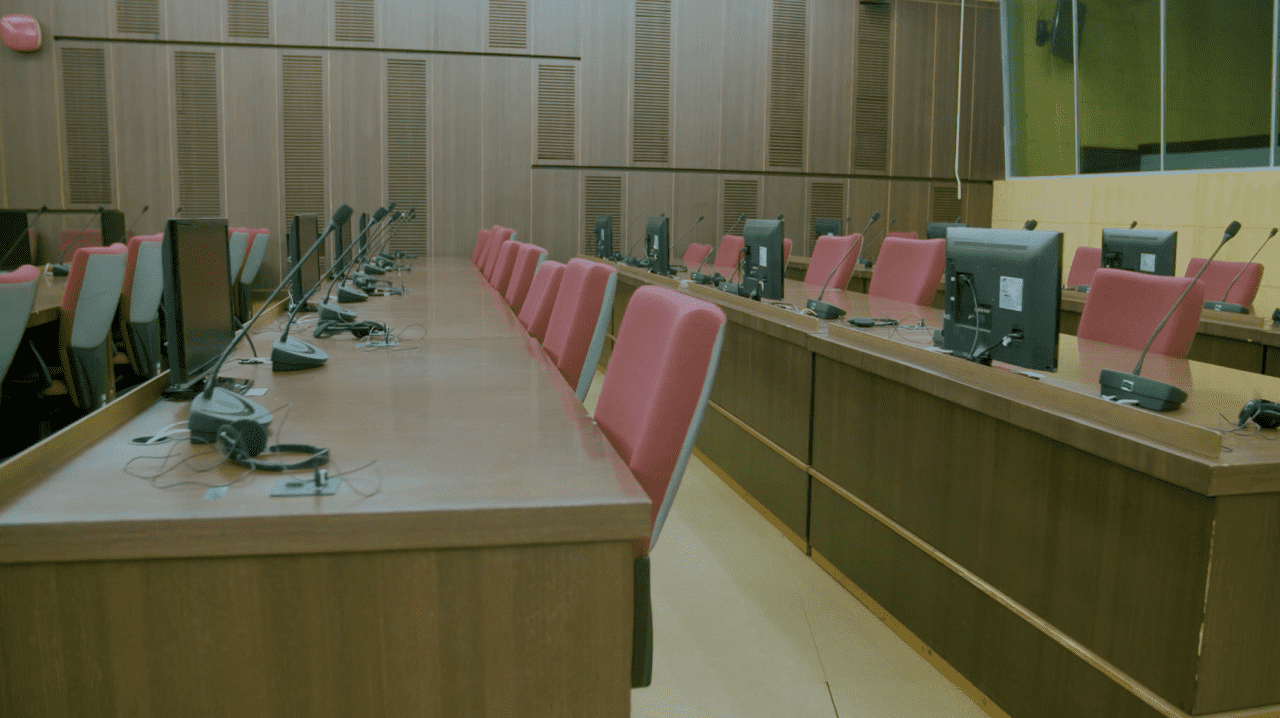 Courtroom of the Court of BiH. Photo: BIRN BiH

The state prosecution has said that Savcic has Serbian citizenship as well as Bosnian, but lawyer Senka Nozica, who has represented war crime defendants for many years, said that dual citizenship cannot be considered grounds for remanding people in custody as a flight risk under the current legislation.

“That would be totally discriminatory, and then we get to the [issue of] compliance with the agreement between states on the extradition of people who flee from law from one country another,” Nozica said.

Political leaders in former Yugoslav countries often believe that someone from their own ethnic group who is charged with crimes in another former Yugoslav country is “a war hero, not a war criminal”, and this would cause problems with extradition requests, she pointed out. She believes that the problem is practically impossible to solve because there is no political will to do it.

Simic however argued that holding two passports should be a sufficient reason for the Bosnian court to decide that a suspect can be remanded in custody because of the possibility that he or she might abscond.

“If someone has dual citizenship, it is clear that they may use it to run from the law,” he said.

“In my view, that is a sufficient reason for ordering someone into custody and it should not be a precedent in Bosnia, because, as far as I know, the Bosnian State Court has already rendered custody decisions on the basis of a suspected fear that the person holding citizenship of another country might flee,” he said.

Savcic, the wartime commander of the 65th Protective Motorised Regiment of the Bosnian Serb Army’s Main Headquarters, was on trial for allegedly planning and supervising the activities of members of the regiment during the capture, detention, abuse and murder of several hundred Bosniak men from Srebrenica at several locations in Nova Kasaba in July 1995.

He was remanded in custody last week for breaching trial regulations by speaking to media outlets about the anniversary of the Srebrenica massacres last month and about recent legal changes banning the denial of genocide and crimes against humanity.

After he disappeared, the state prosecution and court both denied that it was their fault.

The prosecution said on Tuesday that it could not be considered responsible for the fact that at the hearing at which Savcic was ordered into custody, “the Court of Bosnia and Herzegovina failed to order the court police to hold onto the defendant… which would have ensured the enforcement of the custody decision”.

The state court said that however that Savcic had previously been banned from leaving the country and that his travel documents had been seized, including his Serbian, and the issuance of new passports and the use of his ID card for crossing the border had also been banned.

“The court underlines once again that the Prosecution of Bosnia and Herzegovina did not propose the custody measure due to circumstances suggesting that he might flee, nor was the Court provided with evidence suggesting such a danger, so the Court did not retain the defendant between the hearing and the issuing of the court’s decision,” it said.

‘Hundreds of criminals are walking around freely’ 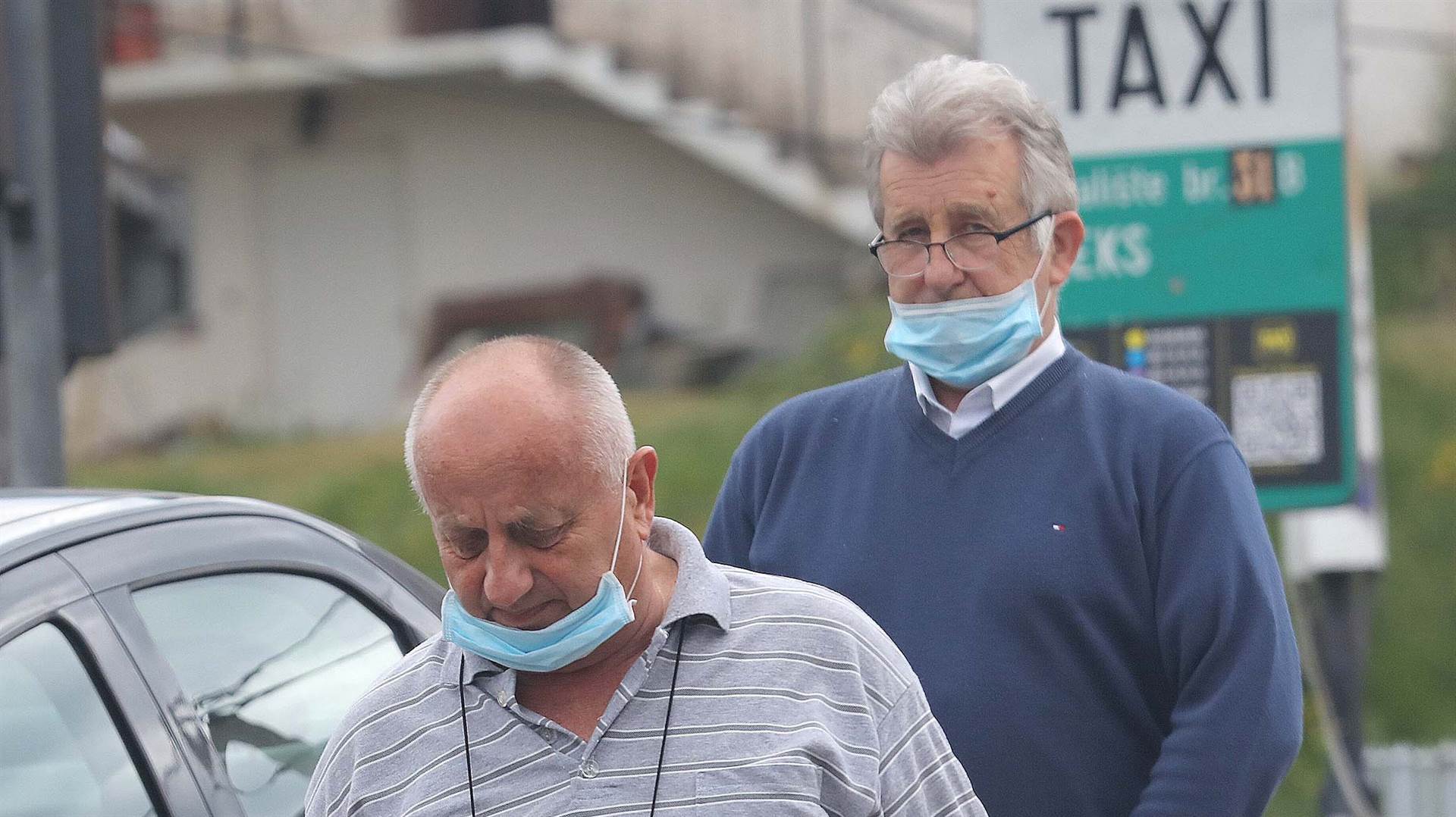 Before Savcic’s disappearance, the case that attracted the most headlines was that of Bosnian Serb Army general Novak Djukic, the wartime commander of the Ozren Tactical Group. Djukic was convicted of ordering an artillery squad to shell the city of Tuzla on May 25, 1995, killing more than 70 civilians.

A few days after he was sentenced to 20 years in prison in June 2014, Djukic’s lawyer told the Bosnian state court that he had gone for medical treatment in Serbia.

An arrest warrant was issued in October 2014, and Serbia was subsequently asked to take over the enforcement of the verdict. But since then the Higher Court in Belgrade has repeatedly postponed several hearings at which it was due to discuss the case.

Amid the delays, there have been repeated attempts in Serbia to deny the Bosnian court’s findings that the massacre was committed by Bosnian Serb forces under Djukic’s command. The Serbian Defence Ministry even hosted a promotional event for a book that claimed to proved that his troops did not shell Tuzla, and that the deadly blast was caused by an explosive device pre-planted by others.

Lawyer Nozica argued that the Bosnian prosecution has not done enough to indict the country’s remaining war crime suspects in a timely manner, leaving them at liberty instead.

“There are hundreds of criminals walking around freely in this country. That is the problem that the state prosecution has failed to solve,” she said, adding that some reports of crime have been left in the prosecution’s drawers for years.

“Why don’t they charge them all, so we can at least finish with all this? And then when 50 or 100 of them decide to flee across the border to another country, we can seek help from the international community.”