The UN court in The Hague rejected former Bosnian Serb military chief Ratko Mladic’s request for the final verdict in his trial to be postponed because one of his lawyers will not be able to attend the hearing. 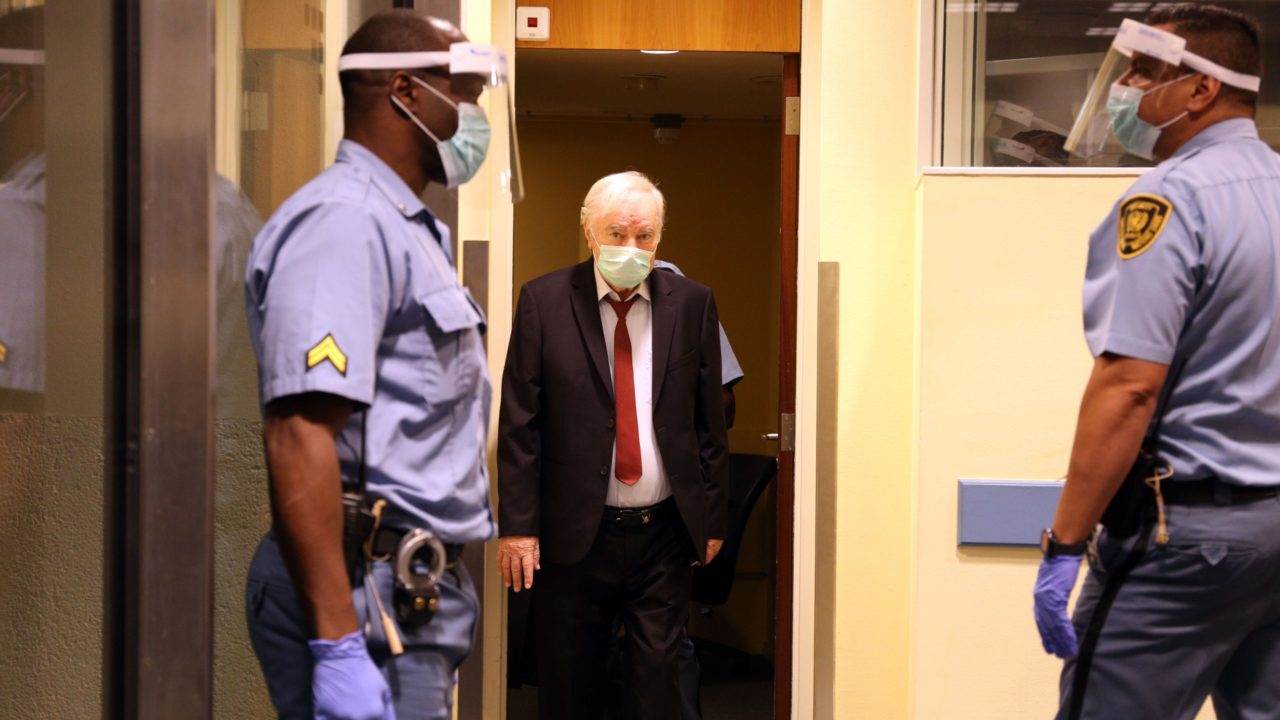 Ratko Mladic in court in The Hague in November 2017. Photo: MICT

The appeals chamber of the Mechanism for International Criminal Tribunals in The Hague ruled on Friday that the final verdict in former Bosnian Serb Army commander Ratko Mladic’s trial should not be postponed because one of his defence lawyers cannot be present in court due to illness.

The verdict, which is being handed down after Mladic appealed against his original conviction for genocide and other crimes committed during the Bosnian war, is scheduled for June 8.

Mladic’s defence called for a postponement as one lawyer will not be able to attend the verdict in person because of his “emergency hospitalisation and ongoing treatment”.

The defence also noted that Mladic has rejected the suggestion that any part of the verdict hearing could be held by video link.

It further argued that Mladic’s mental faculties might be impaired due to illness, stating that his “mental capacity to meaningfully participate in the proceeding still remained unverified”.

But the appeals chamber of the court said in its decision that “the right to be present during appeal proceedings does not require physical presence in the courtroom, at least where no additional evidence is being admitted, and can be satisfied through videoconference link”.

It also said that “where the client is represented by counsel and co-counsel, either one may assume the responsibility for participating in proceedings”.

Rejecting the defence’s suggestion that Mladic could be mentally unfit to follow the proceedings, it said that “the defence has repeatedly failed to meet the burden of demonstrating that Mr. Mladic is unable to communicate, consult with counsel, and/or understand the essentials of proceedings due to a lack of fitness”.

The Hague court sentenced Mladic to life imprisonment in November 2017, finding him guilty of genocide of Bosniaks from Srebrenica in 1995, the persecution of Bosniaks and Croats throughout Bosnia and Herzegovina, terrorising the population of Sarajevo during the siege of the city, and taking UN peacekeepers hostage.