Special State Prosecutor Milivoje Katnic promised to take action against Montenegrin citizens who were involved in war crimes after repeated criticism that the country is failing to bring perpetrators to justice. 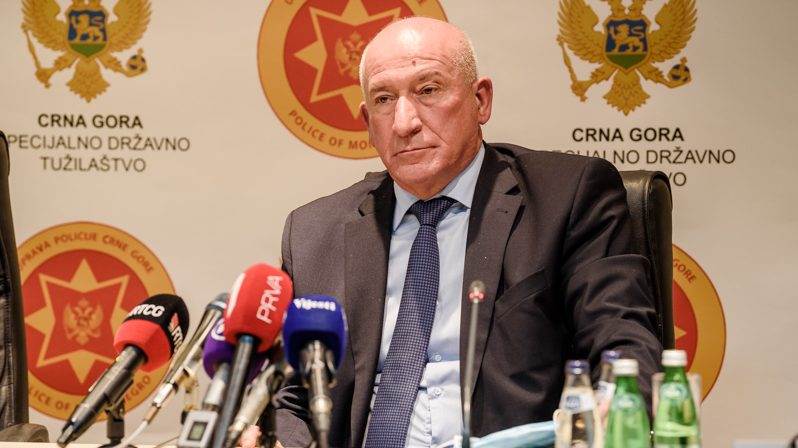 “The prosecutor’s office is continuously undertaking numerous activities in order to identify events in which Montenegrin citizens were potentially involved in war crimes and those who are potential perpetrators,” Katnic told a press conference.

“These are secret procedures and special care is also being taken not to send a warning to the persons who are being checked out,” he said.

“The prosecution did not reopen any of the old cases, although they promised investigation reviews in order to check whether it is possible to identify some more suspects,” Human Rights Action said in a statement.

In May 2015, Supreme State Prosecutor Stankovic promised that old cases would be reviewed and those who had command responsibility for war crimes identified.

Since taking up his post in 2015, Stankovic has repeatedly pledged to reopen archived investigations and make the prosecution of war crimes a high priority.

But the only trial verdict since 2015 was in the case of former Yugoslav Army soldier Vlado Zmajevic, who was sentenced to 14 years in prison for the murder of four ethnic Albanian civilians in Kosovo in 1999.

Montenegro’s Court of Appeal in December 2019 upheld the verdict convicting Zmajevic of killing the civilians in the village of Zegra near Gjilan/Gnjilane during the Kosovo war.

Since Montenegro became independent in 2006, it has held just eight trials for war crimes committed in Croatia, Bosnia and Herzegovina and Kosovo. But only the lowest-level perpetrators have been tried.

In its progress report on Montenegro for 2020, the European Commission repeated the warnings that war crimes should be a high priority for prosecutors as the country makes progress in accession talks. It also urged Montenegro to widen the scope of prosecutions.

“Charges of command responsibility, co-perpetration and aiding and abetting have so far not been brought [against war crime suspects],” the progress report noted.

As part of Yugoslavia, Montenegro took part directly in the wars in Croatia and Bosnia under the leadership of Slobodan Milosevic.