The Constitutional Court rejected an appeal from former Bosnian Army soldier Muhamed Sisic, who was convicted of involvement in the killings of 21 Serbs in an attack on the village of Kukavice in 1992. 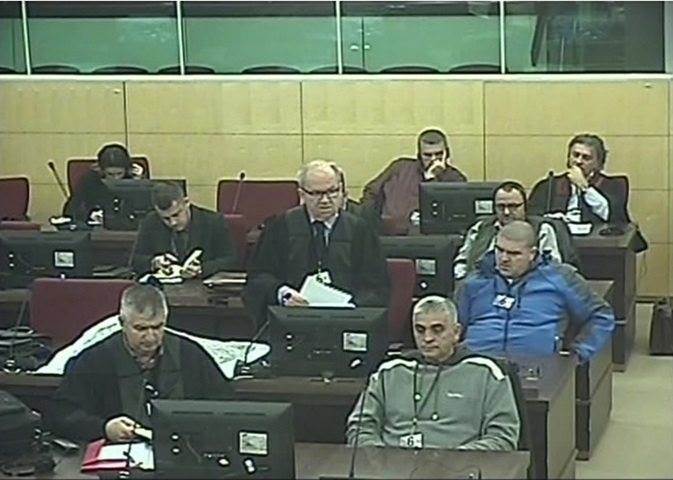 Sisic and his co-defendants at their original trial. Photo: Bosnian state court.

The Constitutional Court of Bosnia and Herzegovina has dismissed an appeal filed by ex-soldier Muhamed Sisic, who was sentenced to ten years in prison for committing war crimes in the village of Kukavice, near the town of Rogatica, in August 1992.

The Constitutional Court said in its judgment, handed down on April 7 but only recently made public, that Sisic’s right to a fair trial was not breached.

It also said that Sisic did substantiate his claims that his right to respect for his private and family life was violated and that the principle of non-discrimination was infringed.

Sisic had claimed that the verdict convicting him was based exclusively on the testimony given by a witness whose credibility the defence brought into question.

But the Constitutional Court determined that the Bosnian state court provided a detailed, clear and substantiated explanation of its decisions in terms of the evidence presented, and there were no elements that would suggest that the evidential procedure was misused to Sisic’s detriment.

The attack on Kukavice by Bosnian Army troops in August 1992 left 21 Serb civilians dead, including two children, and 39 wounded.

In April 2019, a third-instance verdict sentenced Muhamed Sisic to ten and Tarik Sisic and Aziz Susa to eight years in prison each for crimes committed in Kukavice.

According to the charges, Muhamed Sisic was commander of the Sabotage Squad of the Bosnian Army’s Kukavice Company, while the two other defendants were members of the company.

Earlier this year, the Constitutional Court also rejected Tarik Sisic’s appeal against his conviction, ruling that there had been no violation of his right to a fair trial.