A report funded by the government of Bosnia’s Serb-dominated Republika Srpska entity claims Serbs were subjected to ethnic cleansing in wartime Sarajevo, but its allegations differ from facts established by courts about crimes during the siege.

The allegations in the report published this month by the Commission for Investigating the Sufferings of Serbs in Sarajevo, which was set up by Bosnia’s Serb-dominated Republika Srpska entity government to highlight its perspective on wartime events, have already proved controversial.

The report, which runs to more than 1,200 pages, claims that Serbs were forced out of the Bosnian capital by Bosniak forces as a result of the 1992-95 war.

“Paired with a systematic anti-Serb propaganda and ethnic pressure, these crimes represented a systematic campaign of ethnic cleansing, which culminated in exodus of Serbs from Sarajevo after the Dayton Peace Accord [in 1995],” the report says.

As its source material, the Commission used testimonies and statements given to the International Criminal Tribunal for the Former Yugoslavia, ICTY, documents from and statements given to the Republic Centre for War Crime Investigations of Republika Srpska, documents from the UN’s wartime peacekeeping force in Bosnia and Herzegovina, UNPROFOR, as well as media reports, interviews and books.

The commission was founded as an attempt to “offer a more balanced depiction of the events in Sarajevo based on facts”, the report says. It was chaired by Israeli historian and writer Raphael Israeli, a professor at the Hebrew University of Jerusalem.

One chapter focuses on the suffering of Serbs in Sarajevo during the war, but the rest of the report consists of chapters about the historical context in Bosnia and Herzegovina and the role played by the media and by radical Islam in the war, among other subjects.

When the commission was established in 2019, lawyers and experts in transitional justice expressed concerns that it could be misused to present a biased view of wartime events, downplaying crimes against Bosniaks and Croats.

BIRN analysed some of the key sections in the report to assess whether it corresponds to judicially-established facts, and found that it ignored many findings established in court cases and verdicts at the ICTY and at courts in Bosnia and Herzegovina and elsewhere in the region.

Was it really a siege?

From April 5, 1992 to February 29, 1996, Bosnian Serb forces encircled Sarajevo in what would become known as the longest siege of a capital city in the history of modern warfare. Some 10,000 civilians were killed during the 44-month-long siege, mostly by snipers and shells fired from mountains above the city.

But the Commission insisted that Sarajevo was not actually besieged, only blockaded, as humanitarian aid was “allowed into the city” by the Bosnian Serb Army and there was no starvation.

However, the ICTY’s verdicts, including the one that convicted former Bosnian Serb president Radovan Karadzic, did not accept the arguments of soldiers and officers from the Bosnian Serb Army’s Sarajevo-Romanija Corps soldiers who claimed that the city was not under siege because a tunnel under the Sarajevo Airport runway could be used as an exit and because some humanitarian aid was coming in.

“The fact that humanitarian aid had to be sent to the city and that the UN required permission of Bosnian Serbs for this clearly indicates that it was an encircled city, a city under siege and that the SRK [Bosnian Serb Army’s Sarajevo-Romanija Corps] controlled the situation,” the Karadzic verdict said.

“Had the SRK not surrounded the city and stopped supplies from coming in, neither the tunnel nor the humanitarian aid would have been necessary,” it added.

Who shelled the Markale market? 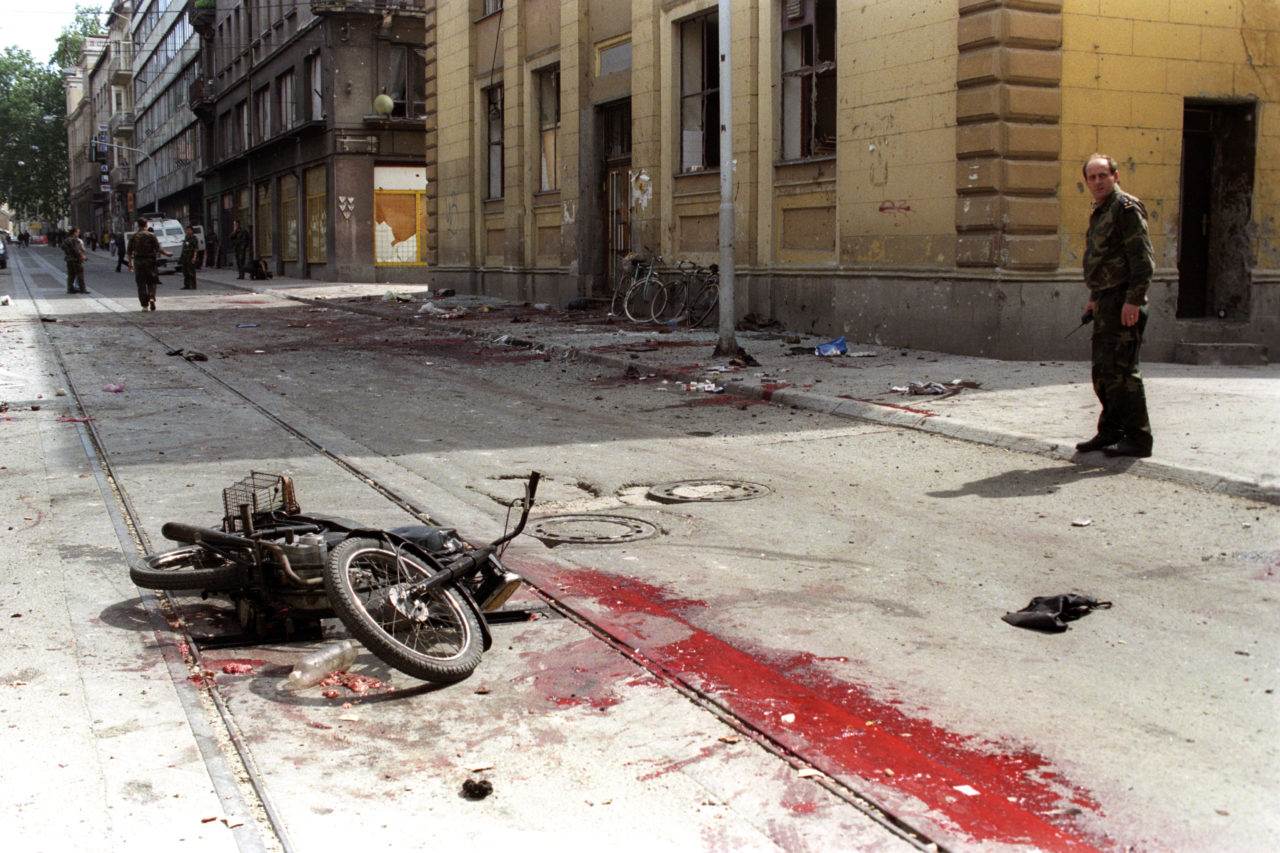 The aftermath of the attack on the Markale market in Sarajevo in August 1995. Photo: EPA/FEHIM DEMIR

Two of the most horrific incidents during the siege were the shelling of the Markale marketplace on February 5, 1994 and on August 28, 1995, both of which have been blamed on Bosnian Serb forces.

The Commission’s report says the UN peacekeeping force UNPROFOR concluded that “each side could have fired the grenade”, citing intelligence experts from several countries who determined that the Bosnian Army staged the attack itself to cast the Serbs in a bad light.

However, the report did not offer any evidence that could cast doubt on the official version of what happened.

A second-instance verdict at the ICTY in the trial of against former Bosnian Serb Army Sarajevo-Romanija Corps commander Stanislav Galic stated that “the 120 mm mortar shell fired at Markale market on February 5, 1994, which killed over 60 persons and wounded over 140 others, was, beyond a reasonable doubt, deliberately fired from SRK-controlled territory”.

The verdict said that it finds it “not only unreasonable that ABiH [Bosnian Army] forces would have fired in this case on their own civilians but also contrary to the material facts proved”. The judgment further states about the 1994 attack on Markale: “This incident is an example of a shelling deliberately targeting civilians.”

Citing foreign intelligence data, the Commission also claims that the second attack on the Markale market in 1995, which killed 43 people, was “probably not” carried out by Bosnian Serb forces, but by the Bosnian Army again.

But the ICTY verdict convicting Sarajevo-Romanija Corps commander Dragomir Milosevic said that the court is satisfied that “the mortar shell that struck the street in the vicinity of the Markale market was fired from the territory under the control of the SRK and that it was fired by members of the SRK”.

The conclusion that the Markale market was shelled from Bosnian Serb Army-controlled positions in both 1994 and 1995 was also confirmed at the trial of Radovan Karadzic.

Were Serbs punished by biased courts? 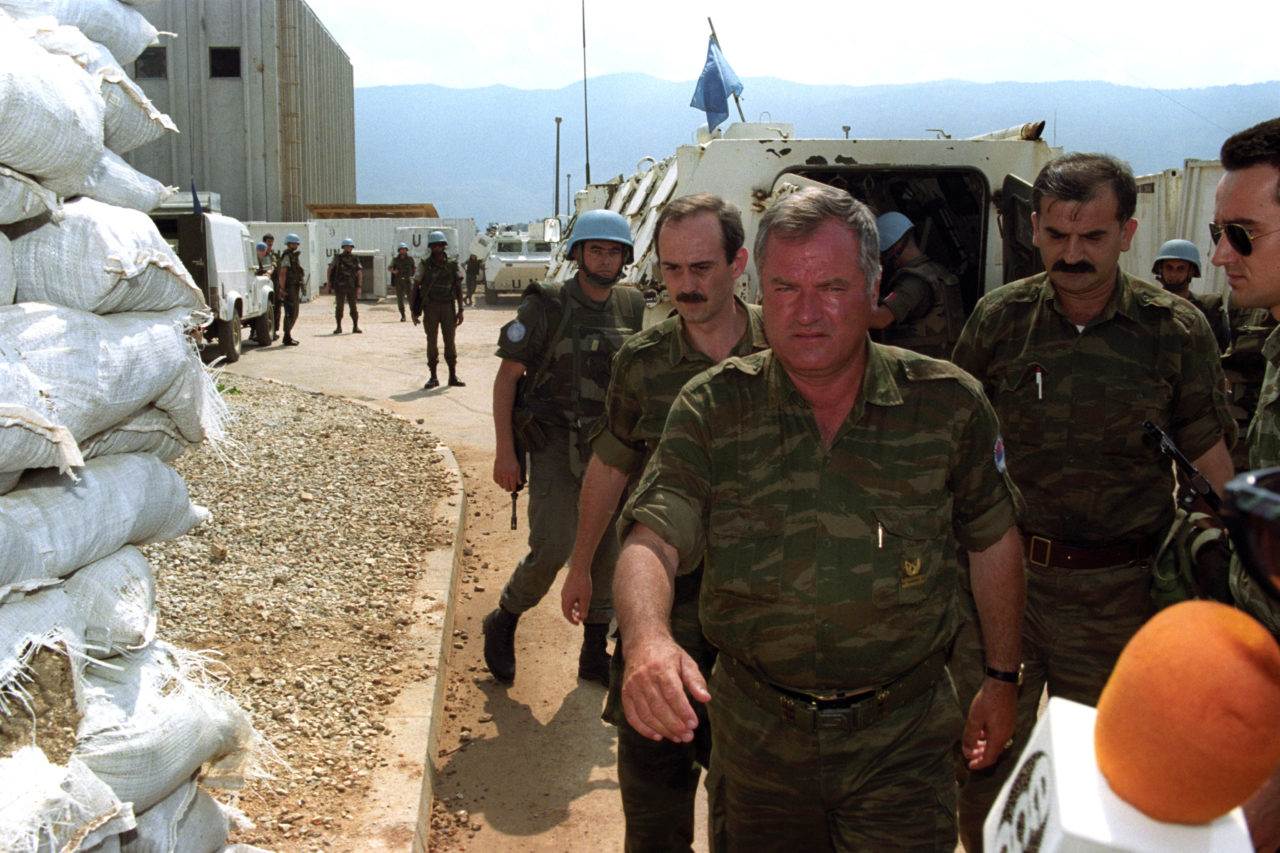 The Commission’s report concluded that Serbs were more severely punished than suspects of other ethnicities by biased courts both in Bosnia and The Hague, and claimed that nearly all perpetrators of crimes against Serbs have evaded justice with the active support of Bosnian state institutions.

“Perpetrators of war crimes, crimes against humanity and genocidal acts against Serbs benefited from the extreme leniency of judges, so they frequently went unpunished, both in trials before the international court and courts in Bosnia and Herzegovina,” the report says, adding that many suspects have not been indicted, while some have been acquitted on appeal or had their sentences reduced.

However, while Serbs have been given longer sentences for committing more serious crimes, courts in Sarajevo and The Hague have convicted a significant number of Bosniaks too.

The Bosnian state court has sentenced six people to a total of 24-and-a-half years in prison for crimes against Serbs in Sarajevo. The longest sentences were given to Bosnian Army soldiers Zaim Lalicic, Samir Kesmer and Mirsad Menzilovic, who each got six years for rape. The trials of three wartime Bosnian Army corps commanders are also ongoing.

Meanwhile the state court has sentenced a total of nine people to 122 years in prison for crimes against non-Serbs in the Sarajevo area.

The ICTY meanwhile has sentenced former Bosnian Serb political leader Radovan Karadzic to life in prison for crimes including terrorising the population of Sarajevo during the siege. Former Bosnian Serb milutary chief Ratko Mladic was convicted of the same charge, but is appealing.

The Hague court also found commander of the Bosnian Serb Army’s Sarajevo-Romanija Corps, Stanislav Galic, guilty of a campaign of terror against the civilian population of Sarajevo. Galic was sentenced to life in prison.

His successor as commander of the Sarajevo-Romanija Corps, Dragomir Milosevic, was convicted of the same offence by the ICTY and sentenced to 29 years.

Did jails for Serbs proliferate in Sarajevo?

The Commission’s report also focuses on addresses the topic “the Bosnian Army’s prisons and prison camps in Sarajevo”, saying that “private prisons led by Croat and Muslim paramilitary formations mushroomed in Sarajevo right after the beginning of the war”.

The report says that many Serbs were detained in the Central Prison and Viktor Bubanj military barracks. It quotes part of a Bosnian state prosecution statement about an indictment which says that between May and November 1992, more than 200 civilians were imprisoned and tortured, causing the deaths of 18 of them.

It also says that numerous private prisons existed in Sarajevo. The most notorious ones included the Silos camp which, as the Commission wrote, operated throughout the war. The report says that “according to Serb sources”, up to 550 men and women were held there.

A retrial for offences committed at Silos, among other crimes, is currently ongoing at the Bosnian state court. The first-instance verdict in the trial, which was overturned, determined that around 500 Serbs, including minors, women and elderly people, were arbitrarily arrested and held at Silos.

The report cites the Commission for Gathering Information about Crimes against Humanity of the Socialist Republic of Yugoslavia as saying that there were 52 detention camps and detention facilities in Sarajevo’s municipalities under the control of the Bosnian Army during the war.

It also says that Republika Srpska’s Republic Centre for War Crime Investigations has prepared a list of 211 locations, explaining that the majority of police and military units had their own detention facilities at their headquarters.

However, despite what the report claims, there is no precise registry of war-related detention facilities in Bosnia and Herzegovina.

Among other reasons, this is because a proposed state-level law on torture victims, which would determine the number of locations and detainees, has not been adopted.

The first draft of the law was prepared in 2006. A second draft followed in 2011 and a third in 2017. None of them was adopted by the Parliamentary Assembly of Bosnia and Herzegovina because lawmakers from Republika Srpska voted against the legislation. 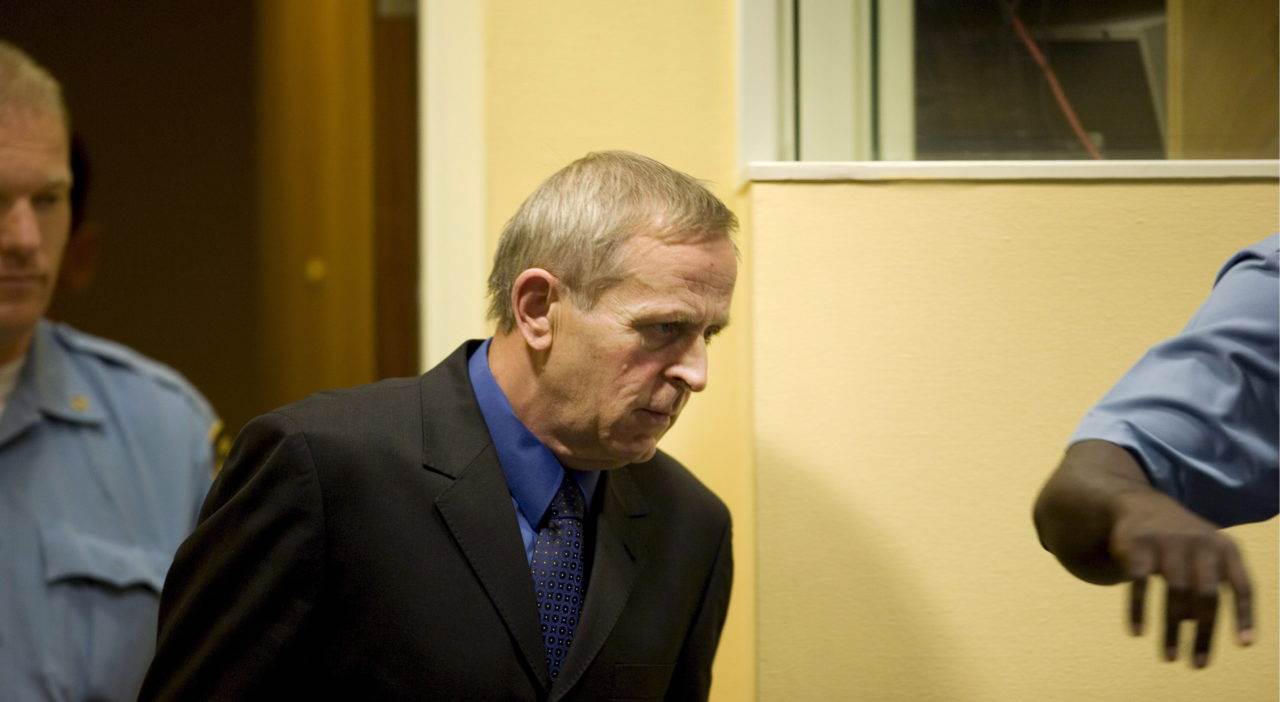 The Commission’s report highlights the role played by the El Mujahid detachment, a unit of foreign Muslim fighters which was under the command of the Bosnian Army’s Third Corps.

The report describes the El Mujahid detachment’s members as foreign terrorist fighters who spread Muslim propaganda, but it does not say how the Muslim unit played a role in wartime events in Sarajevo or in suffering of Serbs in the city.

Two Bosnian Army officers have been convicted of bearing responsibility for crimes committed by the El Mujahid detachment against Serbs, but the offences happened elsewhere in the country.

Rasim Delic, commander of the Main Headquarters of the Bosnian Army was sentenced to three years in prison for failing to take measures to prevent or punish crimes committed by El Mujahid fighters at the Livade and Kamenica detention camps, near Zavidovici.

The former commander of the Third Corps of the Bosnian Army, Sakib Mahmuljin, was sentenced to ten years under a first-instance verdict for failing to prevent murders and inhumane treatment by members of the El Mujahid detachment in the Vozuca and Zavidovici areas. He is now appealing.

The Commission’s report claims that Islamist terrorist movements, such as al-Qaeda and so-called Islamic State, used the war in Bosnia and Herzegovina to send in fighters and train Bosniaks to lead radical groups in Sarajevo and elsewhere in the country.

However, although al-Qaeda was established in 1988, Islamic State was only founded in 1999, several years after the Bosnian war ended.