The top international authority in Bosnia and Herzegovina gave a three-month deadline for the authorities in Bosnia’s Serb-dominated Republika Srpska to annul honours given to Radovan Karadzic and others convicted of war crimes. 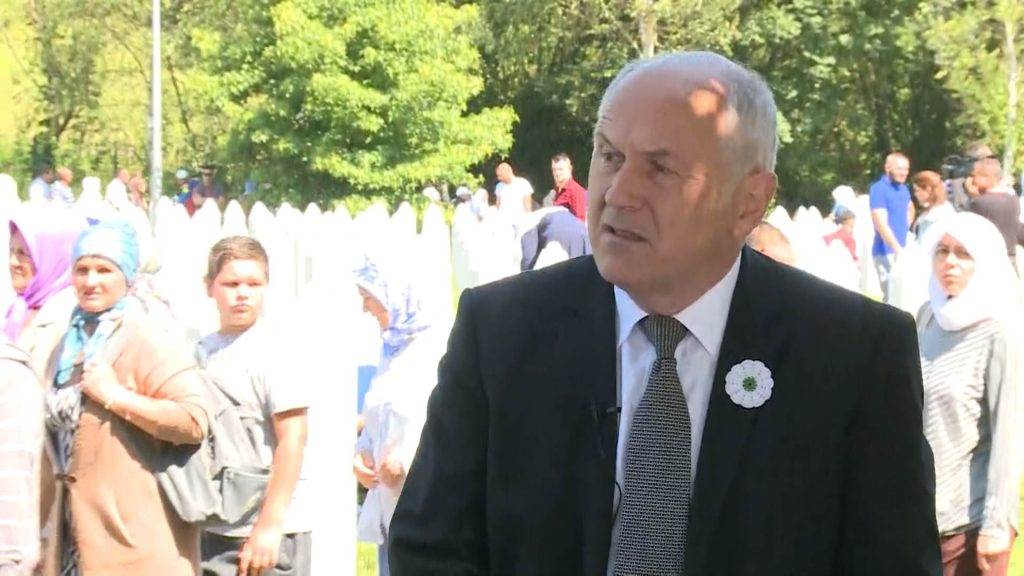 High Representative Valentin Inzko, the international overseer of Bosnia and Herzegovina’s peace agreement, has sent a letter demanded that Republika Srpska National Assembly, the parliament in the Serb-dominated entity, annuls honours that it awarded last October to people convicted of war crimes within “a deadline of three months, by the end of April 2021”.

“Among those awarded were all former National Assembly speakers and members of Republika Srpska’s first presidency, including Radovan Karadzic, Momcilo Krajisnik and Biljana Plavsic, whose actions shocked the world during the armed conflict and caused unimaginable human suffering,” says the letter addressed to Nedeljko Cubrilovic, speaker of the Republika Srpska parliament.

“As you know, Karadzic, Krajisnik and Plavsic were convicted of war crimes by the International Criminal Tribunal for the Former Yugoslavia,” adds the letter, which BIRN has seen.

Inzko writes in the letter that “the glorification of war criminals… directly hurts and provokes those who suffered the consequences of the war”, as well as jeopardising prospects for reconciliation.

He notes that a plaque at a student dormitory honouring Karadzic, which caused a political storm, was taken down in December after his daughter Sonja Karadzic-Jovicevic called for its removal to end the controversy.

“This creates an extraordinary opportunity for the National Assembly of the Republika Srpska, led by you, to continue on this path to show political maturity, moral responsibility and future orientation, by honouring the victims and correcting the shame of October 24, 2016, by revoking the charters with decorations awarded to convicted war criminals Karadzic, Krajisnik and Plavsic, thus you personally and the institution under your leadership would put yourself on the right side of history,” Inzko wrote.

The letter does not specify what action Inzko might take if the deadline for the annulment of the honours is not met.

In initial reactions to Inzko’s letter, Bosnian Serb political representatives indicated that they will not comply with his request.

“The Republika Srpska parliament, of course, will not accept what he is asking for. Some will applaud, some will not. But when it comes to Republika Srpska, it is clear to you what the attitude is there,” Mirko Sarovic, the leader of the Serbian Democratic Party, told Bosnian media on Wednesday.

Radovan Karadzic, the wartime president of Republika Srpska, was sentenced to life in prison by the UN court in The Hague in March 2019 for the Srebrenica genocide, persecuting Bosniaks and Croats throughout Bosnia and Herzegovina, terrorising the population of Sarajevo and taking UN peacekeepers hostage.

Biljana Plavsic, also a former president of Republika Srpska, plea-bargained with the Hague court in 2003 and was sentenced to 11 years in prison for war crimes. In October 2009, she was released after serving two-thirds of her sentence.

Momcilo Krajisnik, the former speaker of the Republika Srpska parliament, who died in September 2020 as a result of complications caused by COVID-19, was sentenced to 20 years in prison in March 2009.

In September 2013, when he was released, he was given a hero’s welcome on his return to Republika Srpska.