Italian TV personnel Marco Luchetta, Alessandro Sasa Ota and Dario D’Angelo were killed by artillery fire in 1994 while reporting on the plight of children in the war-ravaged, ethnically-divided town of Mostar in Bosnia and Herzegovina.

On January 28, 1994, reporter Marco Luchetta, cameraman Alessandro ‘Sasa’ Ota and technician Dario D’Angelo, who all worked for the Italian public broadcaster RAI-TV, were on assignment in the town of Mostar filming a story about children who were growing up amid the war in Bosnia and Herzegovina.

That day they had been at an orphanage in the city, which since 1993 had been the focus of fighting between the Bosnian Croat wartime force, the Croatian Defence Council, and the Bosniak-led Bosnian Army – a conflict which divided Mostar along ethnic lines.

The three men then went to 82 Marshal Tito Street, where they wanted to record interviews with children whose families had taken refuge in the building.

They had started talking to one child when the area came under attack.

“During the interview, a shell was fired and it killed them on the spot, but at the same time they protected the child they interviewed with their bodies,” said Nicola Minasi, the Italian ambassador to Sarajevo.

The child they saved from death, a five-year-old boy called Zlatko, was the grandson of Mostar resident Samija Sijercic.

Sijercic said she had been kicked out of her apartment because of the conflict and her husband was in a detention camp so she moved to 82 Marshal Tito Street, where she lived with Zlatko and her daughter. She and her neighbours at the Marshal Tito Street building moved into the basement when there was shelling.

She recalled how Luchetta, Ota and D’Angelo said they had come to film a report about “the conditions in which children were living in the hell of Mostar – to which we said that they had come to the right place”.

One of the journalists asked if he could take Zlatko out into the yard because he could not film him inside due to the poor light. Sijercic refused at first, but eventually let her grandson go out.

“At some stage it seemed that it had been going too long. As if I had a gut feeling that something would happen, I went out and said: ‘Zlatko, get inside,’” she said. “One of the Italians said: ‘Uno momento, nonna, uno momento.’”

A couple of minutes after returning to the basement, Sijercic heard a fierce explosion which shook the whole building. She remembers that she screamed and tried to get back out into the yard, but her neighbours stopped her.

One neighbour took a look outside and said all of them had been killed. Smoke and dust were coming through the door. Then Zlatko reappeared.

“He covered his ears and said: ‘I can’t hear anything, I’m not injured; the man has no head, he has no stomach,’” Sijercic said.

“I jumped up, grabbed him, and I saw blood all over his body. I thought it was his blood. However, it was definitely one of those journalists’ blood.”

The shell that killed the three men was fired from positions held by the Croatian Defence Council, said ambassador Minasi. No one has ever been prosecuted for their deaths.

They are among more than 40 domestic and foreign journalists and media workers who were killed during the Bosnian war, according to the BH Journalists’ Association.

‘They Were Young Men, Young Fathers’ 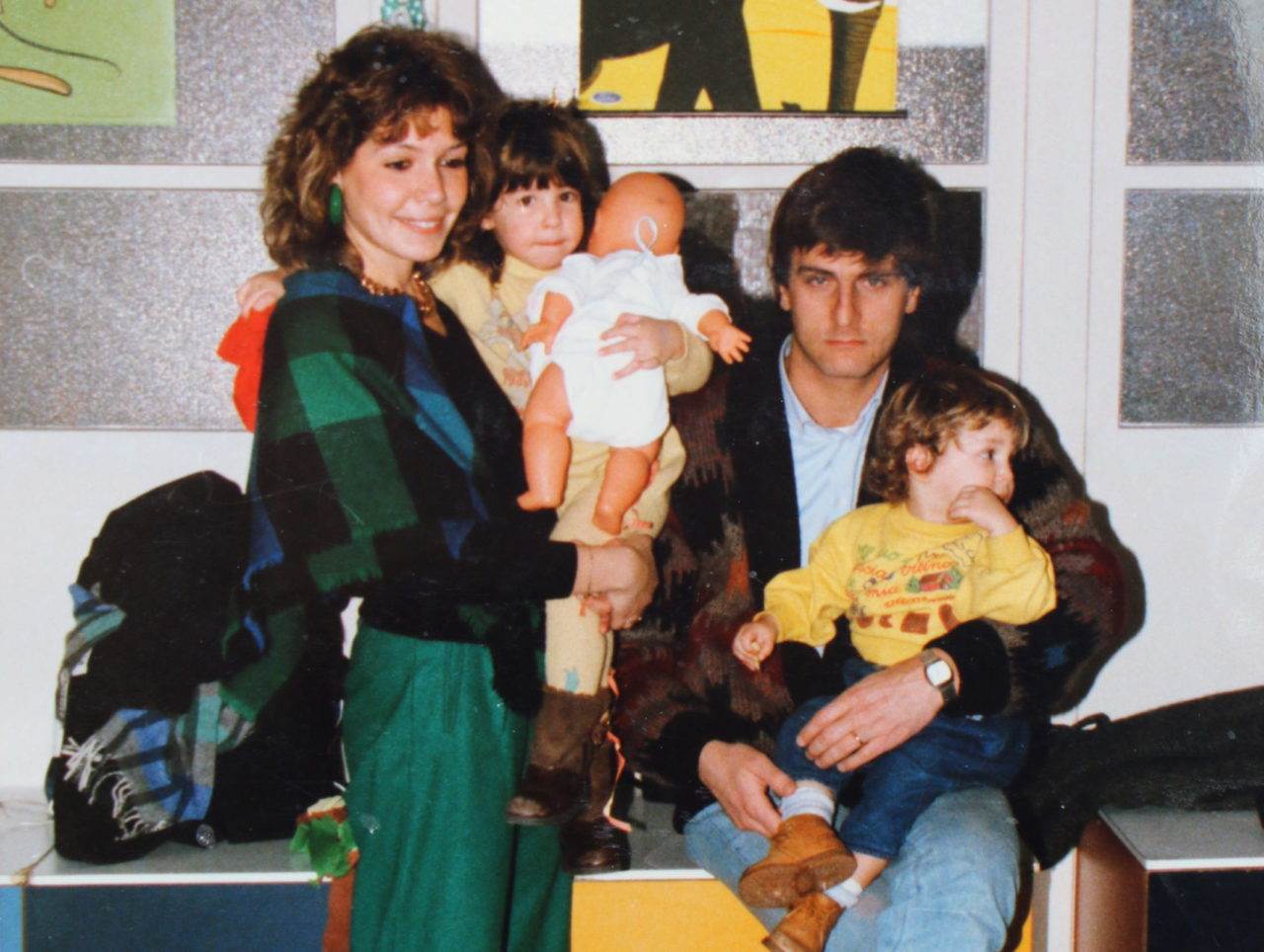 Luchetta, Ota and D’Angelo worked out of RAI-TV’s office in the city of Trieste, not far from what had been Italy’s border with Yugoslavia until Slovenia seceded. Before their assignment in Mostar, they had been to Bosnia and Herzegovina several times to report on the war.

“They were young men, young fathers, their children were very young,” said Minasi.

“They wanted to gather information and inform the public about what was happening with young people, with those who were in difficult situations. That is why they came to do a report about children living in orphanages during the war. They did interviews with nurses and doctors dealing with children on both sides [Bosniak and Croat],” he added.

The deaths of Luchetta, Ota and D’Angelo made a strong impression on the Italian public. RAI journalist Walter Skerk said they were the first Italian journalists to be killed in a war in a long time, and their colleagues in the media reacted emotionally.

Skerk also said he was touched by Ota’s parents’ desire to know exactly what had happened to their son and to make some sense out of the tragedy.

“I was impressed by their wish to find the truth, no matter how impossible it was given the situation in Mostar at the time, to find out who had killed them,” he recalled. “One wants to find a rational explanation for human malice.”

He said that Ota, whose background was Slovenian and who came from a small village near Trieste, was an excellent photographer.

“He had a great passion for photography,” he explained. “He was the president of the Slovenian photo society in Trieste. He organised many courses for beginners and various photo exhibitions.” 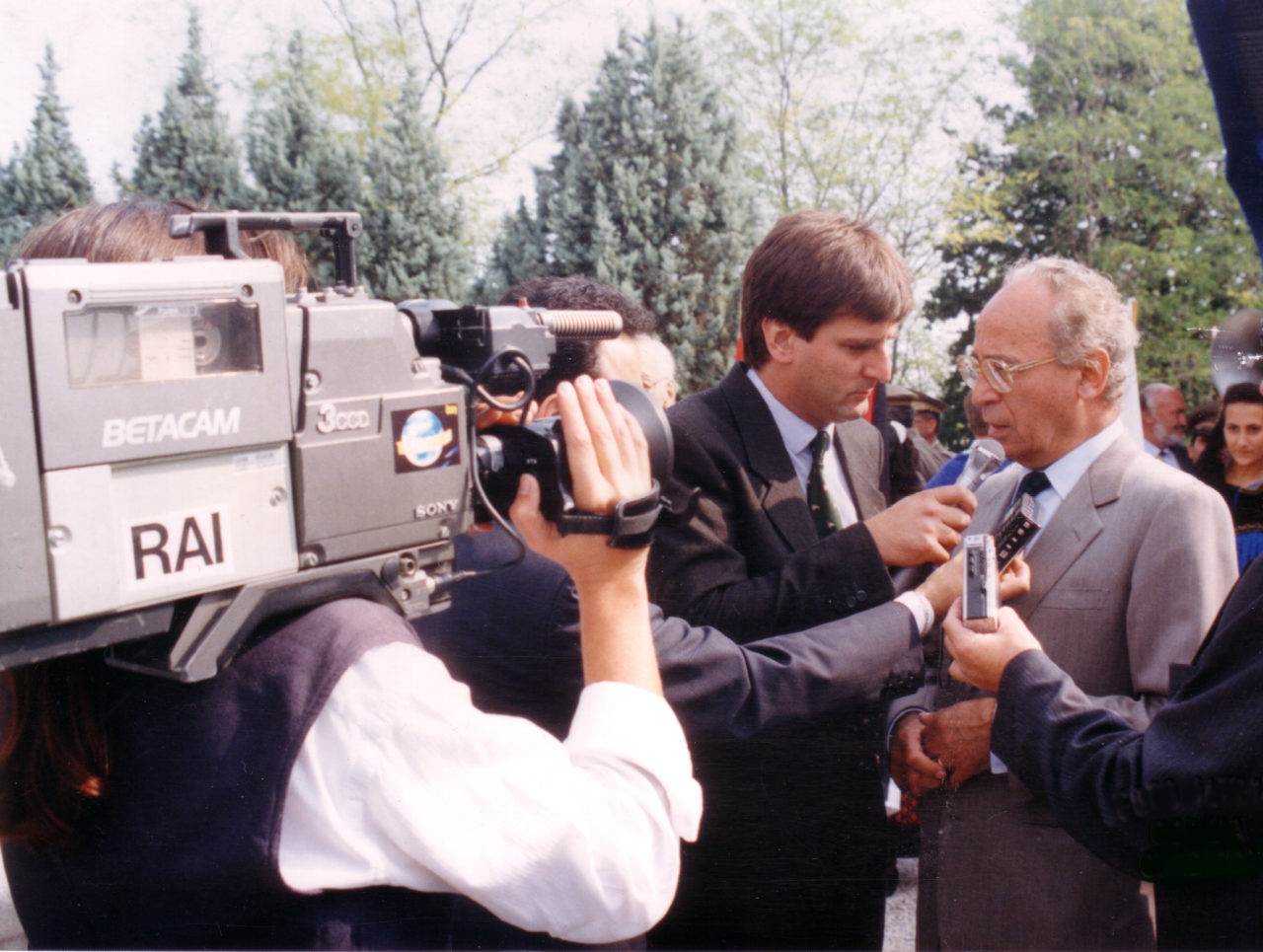 Luchetta’s wife Daniela described her husband as an unusual, modest and intelligent man who had a special sensibility and understanding for unusual situations and their nuances.

“Marco was a person full of life and a good sense of humour. He loved to joke. He approached life with a bit of irony, he did not even take himself too seriously,” she explained.

“He was basically honest, he had his own values in which he believed and non-violence was definitely one of them,” she added.

She said that her husband’s family was originally from the Croatian region of Dalmatia, so he was particularly affected by what was happening in the former Yugoslavia as he knew the region well, and wanted to find out why the situation had become so terrible.

“He heard about Bosnian civilians living under the siege in eastern Mostar, inside improvised shelters, and I think he wanted to familiarise himself with those living conditions,” she said.

‘Let Their Sacrifice Be A Warning’

Daniela Luchetta said that after her husband and the others were killed, a committee was set up to evacuate five-year-old Zlatko from Mostar, and the boy and his mother arrived in Trieste in July that year. Zlatko and his mother then went on to join his father, who had been expelled from Bosnia and Herzegovina and lived in Sweden.

The committee eventually developed into the Fondazione Luchetta Ota D’Angelo Hrovatin, a charity foundation that has so far helped more than 700 children from conflict zones. Twenty-seven years after the three Italian media workers died, the charity keeps their memory alive. It also organises the Premio Luchetta, an award for journalists and photo reporters who have raised awareness about violence and abuse against children, and an annual journalism festival in Trieste.

The Italian embassy in Sarajevo holds an annual memorial ceremony to remember the three men. According to ambassador Minasi, “the commemoration is not only about thinking about the past, it is also thinking about what should we do today and how we can make a difference. How we can carry on that message, their message, in a positive way.”

In Mostar, at the foot of the stairs at 82 Marshal Tito Street, where the journalists were killed, a plaque has also been installed so they are not forgotten.

“In memory of Italian TV reporters Marco Luchetta, Alessandro Saša Ota and Dario D’Angelo who died on this spot on January 28, 1994 as innocent victims of the war that they wanted to understand and document with courage and love,” it says.

“Let their sacrifice be a warning for the benefit of peace and tolerance.”