Russian Cossack groups are building ties with Serbs in the Balkans. But are they just promoting Russia, or finding fighters for it too?

A few days before the peaceful dissolution of Czechoslovakia on January 1, 1993, a group of around 50 men approached the country’s border and requested passage.

They introduced themselves as Cossacks, descendants of runaway serfs and outlaws once used to protect Russia’s unruly southern border and, under Russian law, still allowed to bear arms.

The group told the border officers that they were travelling from Moscow to Belgrade, then the capital of the rapidly unravelling Yugoslav federation, where they planned to hold a series of performances. Legend has it that they were made to sing several traditional songs to prove they were a folk troupe and not a band of fighters.

Allowed to pass, the Cossacks did not linger long in Belgrade but hopped on a bus for the ethnic Serb-controlled town of Visegrad in Bosnia, where war was raging. Among the group’s leaders was Viktor Zaplatin, fresh from fighting in Transnistria and Abkhazia, regions of Moldova and Georgia respectively but which broke away with the collapse of the Soviet Union. 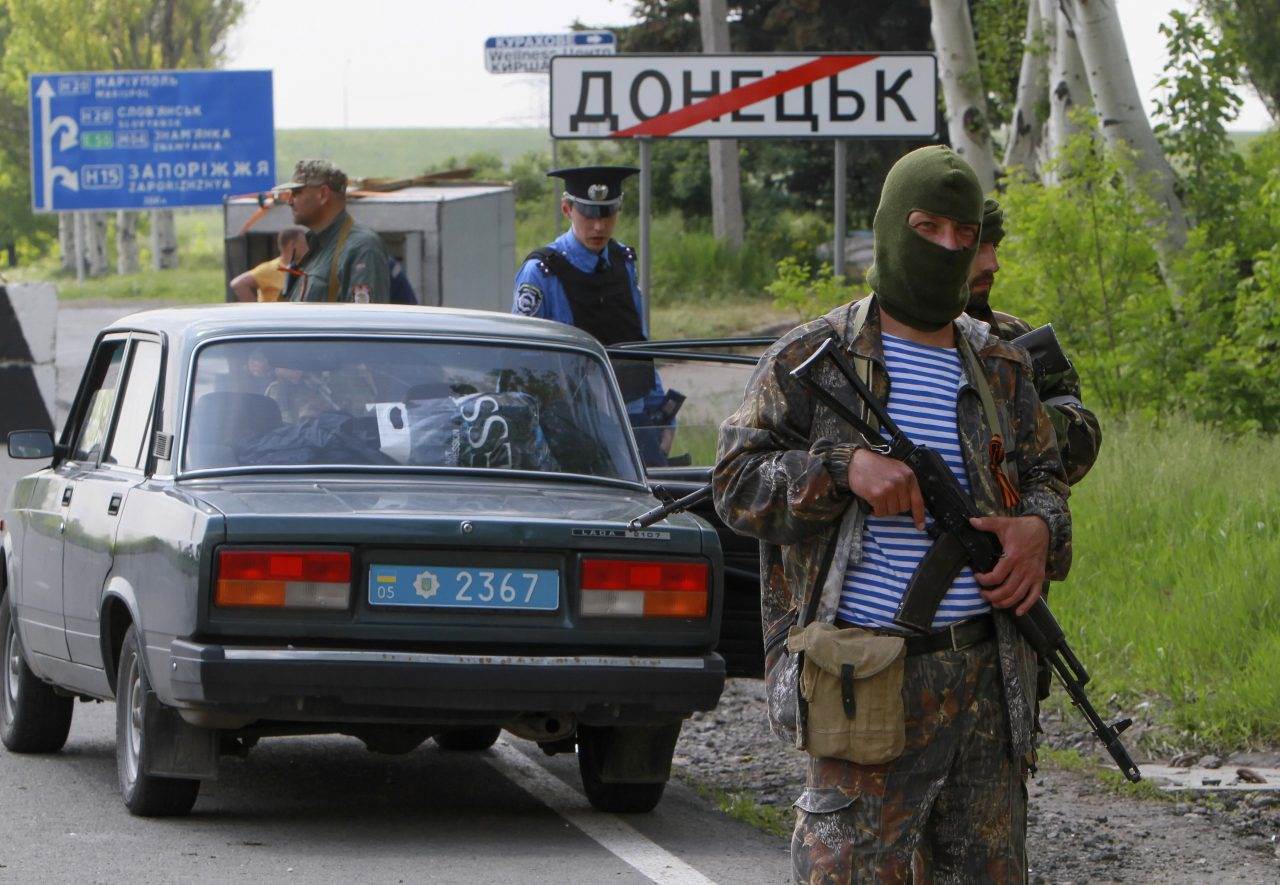 Pro-Russian forces at positions in Donbas, May 2014. Photo: EPA

This was no cultural trip. Instead, on arrival in Visegrad, the group became the First Cossack Voluntary Squad and joined the fight on the side of the Visegradska Brigade of the Bosnian Serb Army, a brigade notorious for carrying out some of the worst atrocities of the war.

Twenty-one years later, an even bigger band of Cossacks – at least 140 of them – again crossed the Bosnian border from Serbia, this time at the Raca Bridge further north of Visegrad, and introduced themselves as an artistic troupe. Their destination was Banja Luka – by then the seat of the mainly Serb-populated Republika Srpska entity of Bosnia, carved out by Bosnian Serb forces during the war – and the planned commemoration of the 100th anniversary of the start of World War One.

This time they were led by Nikolai Djakonov, who like Zaplatin was fresh from fighting on the side of pro-Russian forces, this time in Ukraine.

Forty-three year-old Djakonov and Zaplatin, 63, are both ranking members of the Union of Volunteers of Donbass, the eastern Ukrainian coal region where Russia fomented a separatist rebellion in 2014 after annexing Crimea. Zaplatin is the Union’s envoy to the Balkans, from where a number of ethnic Serb volunteer fighters have travelled to Ukraine to fight under the Union’s umbrella.

A regular visitor to the Balkans, Zaplatin took part in the founding ceremony of the so-called Balkan Cossack Army in 2016 in the Montenegrin coastal town of Kotor, becoming its ataman, or supreme military commander.

Already present in Montenegro and Serbia, the Balkan Cossack Army says it plans to expand to Republika Srpska in Bosnia too. Zeljko Curovic, a Montenegrin Serb and co-founder of the Army, told BIRN Bosnia and Herzegovina, BIRN, that a branch should be opened “by the end of the year”, COVID-19 permitting.

But while the participants say there is nothing to fear, analysts warn that the Union of Volunteers of Donbass, its offshoots and their leaders serve, at best, as an extended arm of Kremlin influence in the Balkans and, at worst, a tool of recruitment for Russian wars beyond its borders.

The growing Cossack presence “has to be considered in the context of security, because this is a militarised grouping, a military formation that cherishes a certain ideology,” said Hikmet Karcic, a genocide scholar at the Institute for Islamic Tradition of Bosniaks, a Sarajevo-based research body.

Just like Serb nationalist ‘Chetnik’ groups, “Cossack organisations… have a military hierarchy and militarised members,” Karcic told BIRN. “Considering their history and activities during the past war in Bosnia and Herzegovina, they go beyond playing war games for adults.”

“Those organisations and their ties with local and regional political powers may play a key role as a mobilising factor in the Balkans.” 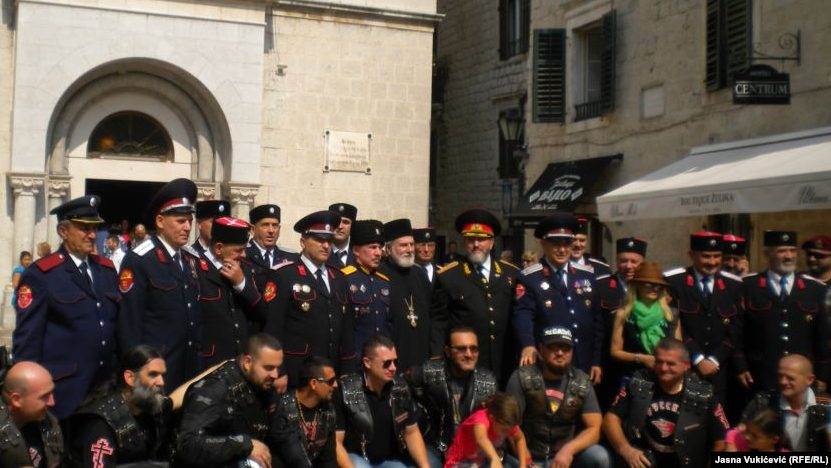 Though founded in Montenegro, the Balkan Cossack Army is registered in Serbia under the name ‘Union of Cossacks of the Balkans’, founded with the stated aim of “affirming Cossack culture and tradition through the revival and presentation of the Cossack ethos.”

It is represented by Vojislav Vidakovic, who goes by the title ‘chief ataman’ of Serbia, Montenegro and Republika Srpska. Vidakovic has regularly promised the organisation’s expansion to the Republika Srpska, where the ruling party and its leader, Milorad Dodik, have long spoken of their desire to see Bosnia dissolved as a state and for Serbs to strike out alone.

It is not known how many members there are of the self-proclaimed Balkan Cossack Army. Its leaders have never put a figure on it. Vidakovic declined to discuss the organisation with BIRN and Zaplatin did not reply to several phone calls and messages.

But its founding ceremony was attended by a number of men with ties to the Ukrainian battlefield, including Bosnian Serbs Gavrilo Stevic and Slavenko Kuzmanovic.

Stevic, 54, was acquitted in March this year in the first trial in Bosnia on charges concerning involvement in the Ukraine conflict. Prosecutors have appealed the verdict. Kuzmanovic, 41, testified at Stevic’s trial, telling the court that they travelled together to the founding ceremony of the Balkan Cossack Army in Kotor in 2016 and exchanged Ukrainian war stories.

Both men have denied being members of the Union of Volunteers of Donbas, but Kuzmanovic confirmed for BIRN that he had been decorated by the organisation in 2017.

According to the original verdict in the Stevic trial, Kuzmanovic admitted to prosecutors that he had joined a paramilitary formation in the eastern, separatist-held Ukrainian region of Lugansk. An investigation against Kumanovic was dropped due to lack of evidence, the Bosnian public prosecution told BIRN.

Maria Kucherenko, an analyst at the Centre for Research of Civil Society in Kiev, said there should be no doubt about the role of the Union of Volunteers of Donbass and its envoys in the Balkans.

“The role of the Union of Volunteers of Donbas, as a structure, including in the Balkans, is to recruit, supply and cover the activities by foreign mercenaries in the Russian war against Ukraine,” Kucherenko told BIRN.

“It is only natural that recruitment to the ‘Cossack organisation’ might be used as one of the possibilities for recruiting mercenaries.”

‘The dirtiest of work’ 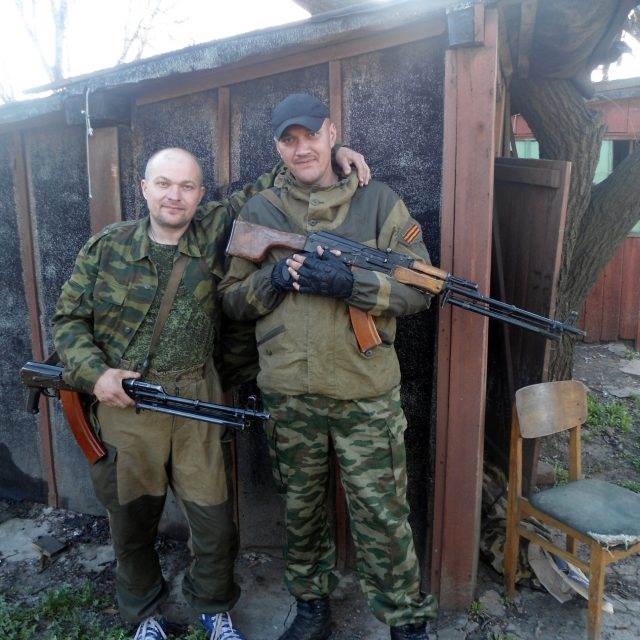 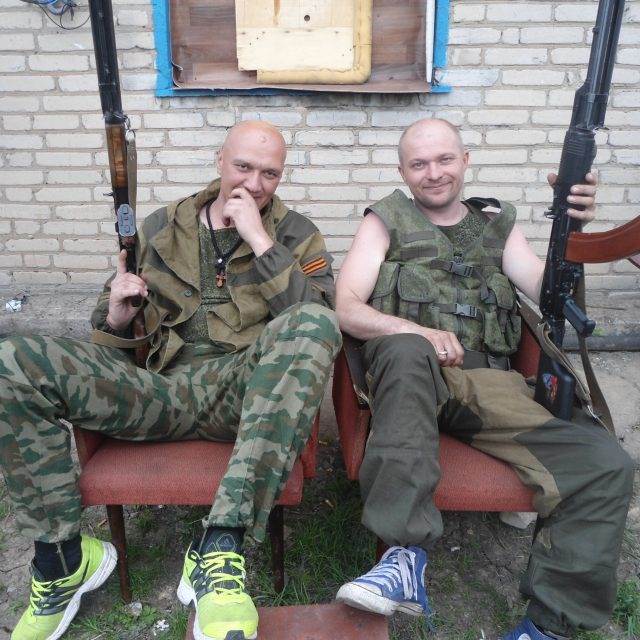 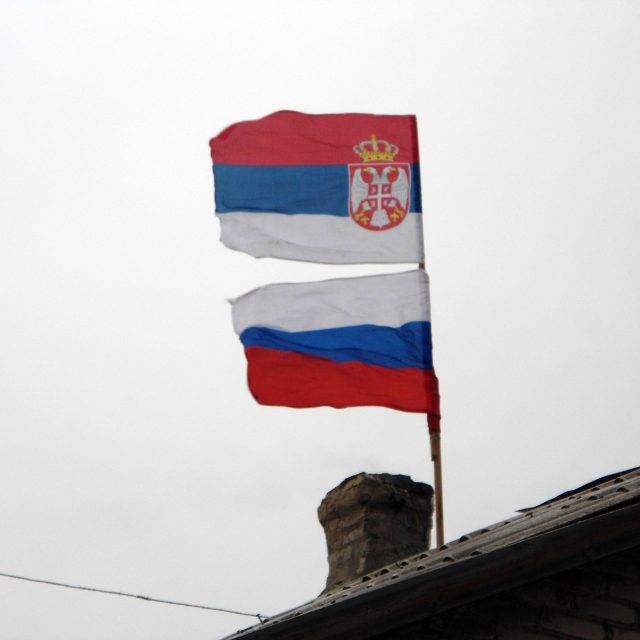 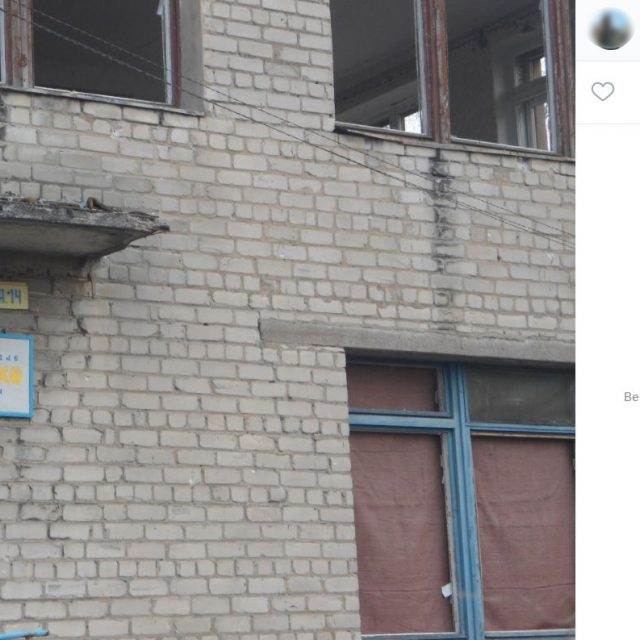 In an interview with BIRN, Kuzmanovic said he had spent three and a half months in eastern Ukraine, receiving a monthly “military salary” of between $200 and $250. Photos found by BIRN on social media place him in the eastern Ukrainian town of Snizhne in the spring of 2015, armed and in military fatigues.

He claimed to have fought with Bosnian Serb forces during the Bosnian war, signing up aged 15, and also volunteered in Kosovo in 1999, when a brutal Serbian counter-insurgency war triggered 11 weeks of NATO air strikes.

Asked why he went to Ukraine, Kuzmanovic cited reasons of “a social nature”, but said he became disappointed that “nobody wanted to listen”.

Photos on social media also place Kuzmanovic, a little earlier, at the Museum of Russian Volunteers, founded by Alexander Kravchenko in the Bibirevo neighbourhood of Moscow. Kravchenko was a Cossack volunteer on the side of the Bosnian Serbs in the Bosnian war.

Kuzmanovic said he was a “guest” at the founding of the Balkan Cossack Army in Kotor and attended in Russian army uniform at the insistence of the organisers.

Stevic, meanwhile, told BIRN that the founding of the Balkan Cossack Army “represents an expansion of the movement to the Balkans”.

The Cossacks “are people who fought or are emotionally attached to this area,” he said. Stevic described Zaplatin as “pulling the strings” in the Balkans and beyond and said that Bosnian Serb veterans in Republika Srpska were “very much associated with Russian veterans and Cossacks.”

Indeed, the Balkan Cossack Army and the Veterans Organisation of Republika Srpska, BORS, signed a friendship charter in Belgrade in early 2018, while the then vice president of BORS, Vojin Gusic, received the honorary Cossack rank of captain. Neither Gusic nor BORS president Milomir Savcic was willing to discuss what the charter implied.

In 2015 in Belgrade, BORS also announced a memorandum of cooperation with the Union of Volunteers of Donbass.

Prominent Serb nationalist Bratislav Zivkovic, a leader of the Chetnik movement in Serbia and who volunteered in Crimea in 2014, denied that the Cossacks were recruiting fighters from the former Yugoslavia.

“Cossack associations in the Balkans are of a symbolic character,” Zivkovic told BIRN. “Actually, they represent just another emotional tie between Serbs and Russia.”

If there was anything more sinister going on they would be banned from entering any number of countries in Serbia’s neighbourhood, he argued.

“Now, in the times of peace, Cossack troops are involved in humanitarian work, training their youngest members, the preservation of their own traditions and the memory of glorious ancestors and battles.”

Kravchenko said there were no Cossack groups based in Bosnia, but that “some individuals from Republika Srpska” may be joining such organisations in Serbia.

Julia Petrovskaya, a Russian journalist who has written extensively about Russia’s role in the Balkans, said “so-called Cossacks of Serb origin” were part of Russia’s efforts to influence the region, but were also ripe for recruitment.

“It is not so much of a problem that Cossacks promote Orthodoxy,” she said. “The problem is the creation of strong ties between former soldiers, who represent an ideology of raw nationalism, spread hate and misinformation, but can also be used for the dirtiest of work, as was the case in eastern Ukraine.”