Since 2012, Milomir Milosevic from Jasenica has been tagged on several Facebook photos taken during gatherings in the Zvornik area of the Alliance of Independent Social Democrats, SNSD, a leading Serb party.

This year, Milosevic is an SNSD candidate for the city council in Zvornik in the municipal elections scheduled for mid-November.

But during the elections in Bosnia and Herzegovina in 2016, a list of members of the polling station committee in Jasenica had Milosevic listed as deputy head of the committee – as a representative of the Movement of Democratic Action, PDA, a small Bosniak party.

Milosevic declined to talk to BIRN, but his party colleague Lazar Prodanovic, vice-president of the city council in Zvornik, said that Milosevic has been a SNSD party activist for many years. He said he does not know how Milosevic’s name appeared on the polling station committee list as a member of the Bosniak PDA.

Prodanovic said he assumes it was because of an exchange of seats on polling station committees between the SNSD and the PDA, with the parties swapping their committee seats in places where they would be more likely to get votes because of the ethnic make-up of those areas.

The PDA denied it had been involved in seat-swapping in Zvornik: “I do not know whether he [Milosevic] is an SNSD member; I know he is a Serb,” said Senad Alic, president of the cantonal board of the PDA’s Tuzla Canton branch.

By exchanging seats on local polling station committees, political parties can create a mono-ethnic polling station where they have full control, explained Dario Jovanovic of the Pod Lupom [In the Spotlight] Coalition, an election monitoring organisation.

Controlling the polling station allows them to control the counting of votes. If there are no election observers there – and because there are more than 5,000 local polling stations in Bosnia and Herzegovina, observer missions cannot be everywhere – they can add crosses to ballot papers for their party’s candidates and spoil ballot papers that favour other parties’ candidates.

Jovanovic said that for example, in the town of Zvornik in the general elections in 2018, candidates from some political parties, like the SNSD and the Serb Democratic Party, SDS, got a 100 per cent of the so-called preferential votes at 64 out of 80 polling stations – a highly unlikely outcome. “It is impossible for that to happen in practice,” Jovanovic said.

‘They can do whatever they want’

Seat-swapping is one of the key problems with the election process in Bosnia and Herzegovina, according to Jovanovic.

If one party has all the seats on the commission, “they can do whatever they want, including to completely invent the election results at that polling station, and that is what we, based on the experience of observing elections, are most afraid of”, he explained.

Polling station committees are ad hoc bodies formed prior to each elections. They manage all the processes at polling stations during the election day. They consist of between three and five members from different political parties, depending on the number of voters at that polling station.

Polling station committees are the lowest level of election administration. Above them are municipal or city election commissions and the Central Election Commission. In addition to the Pod Lupom Coalition’s observers, elections in Bosnia and Herzegovina are also observed by foreign experts from the OSCE Mission to Bosnia and Herzegovina. During the past elections the OSCE’s Office for Democratic Institutions and Human Rights, ODIHR, registered “credible allegations” of attempts by political parties to control polling station committees through an exchange of seats.

The practice has resulted in a huge amount of invalidated votes, caused by polling station commission members spoiling ballot papers that were not cast for their party’s candidates.

Maas said that at the last elections, up to 15 per cent of votes were invalidated at some polling stations, while the norm should be around one per cent.

Seat-trading ‘not permitted but not illegal’ 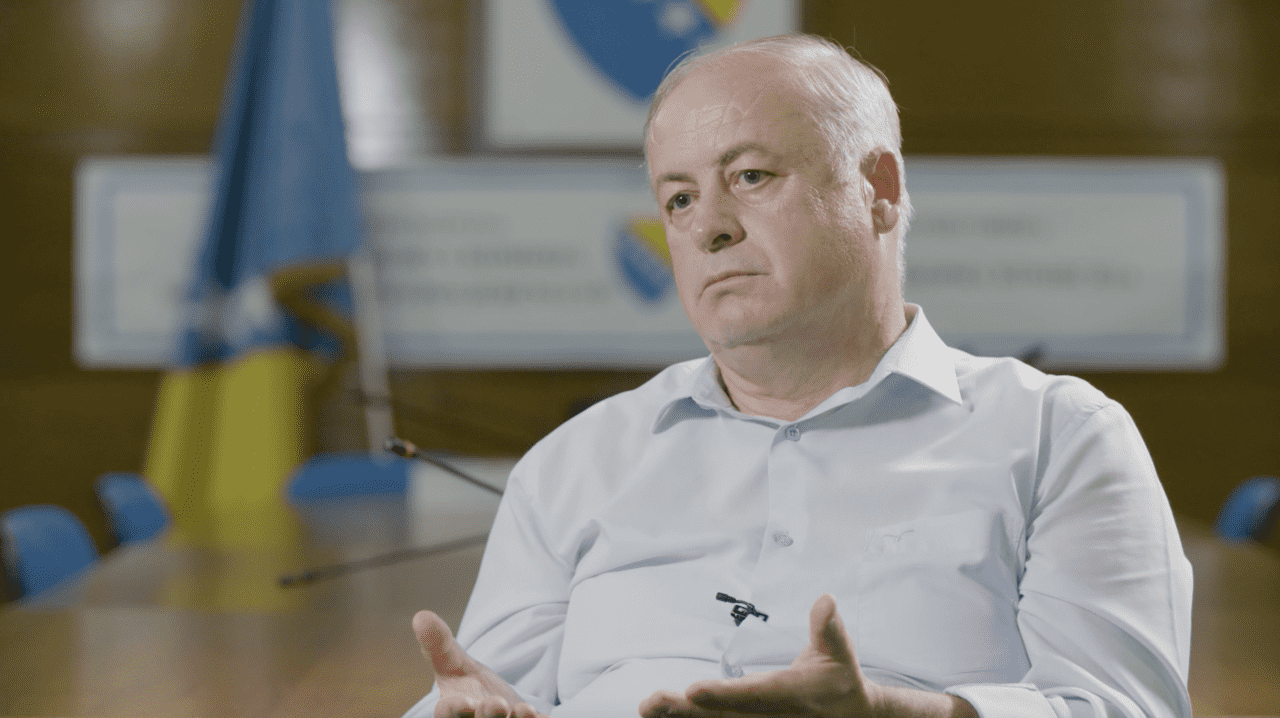 Despite the serious problems it can cause for the electoral process, trading seats on polling station committees is not explicitly prohibited by law. Suad Arnautovic, a member of the Central Election Commission of Bosnia and Herzegovina, told BIRN that the commission was aware that seats were exchanged on polling station committees, but that this was done “on the principle of coalition [between political parties]”.

“Therefore, it is not a legal process, but there are no mechanisms for showing that it is illegal. It is not permitted by law, but it is not unlawful either,” Arnautovic said.

While the law does not explicitly prohibit the exchange of seats on polling station committees, it prohibits the irregularities that stem from the practice, such as spoiling people’s ballot papers and intentionally miscounting votes. The state prosecution recently filed one indictment for electoral fraud in Zvornik and three indictments against the president and members of polling station committees in Brcko.

They were charged with having voted on behalf of other people at three polling stations on election day. One of the defendants, Jovan Kosutic, pleaded not guilty to the accusations before the state court. He declined to talk to BIRN.

Experts explained that irregularities at polling stations on election day are possible precisely because polling station committee members do not prevent or report them.

Ratko Stjepanovic, a member of the main board of the Serb Democratic Party, SDS, in Brcko, said that the party spotted irregularities in the electoral process at the 2018 polls by collecting information on voter turnout. 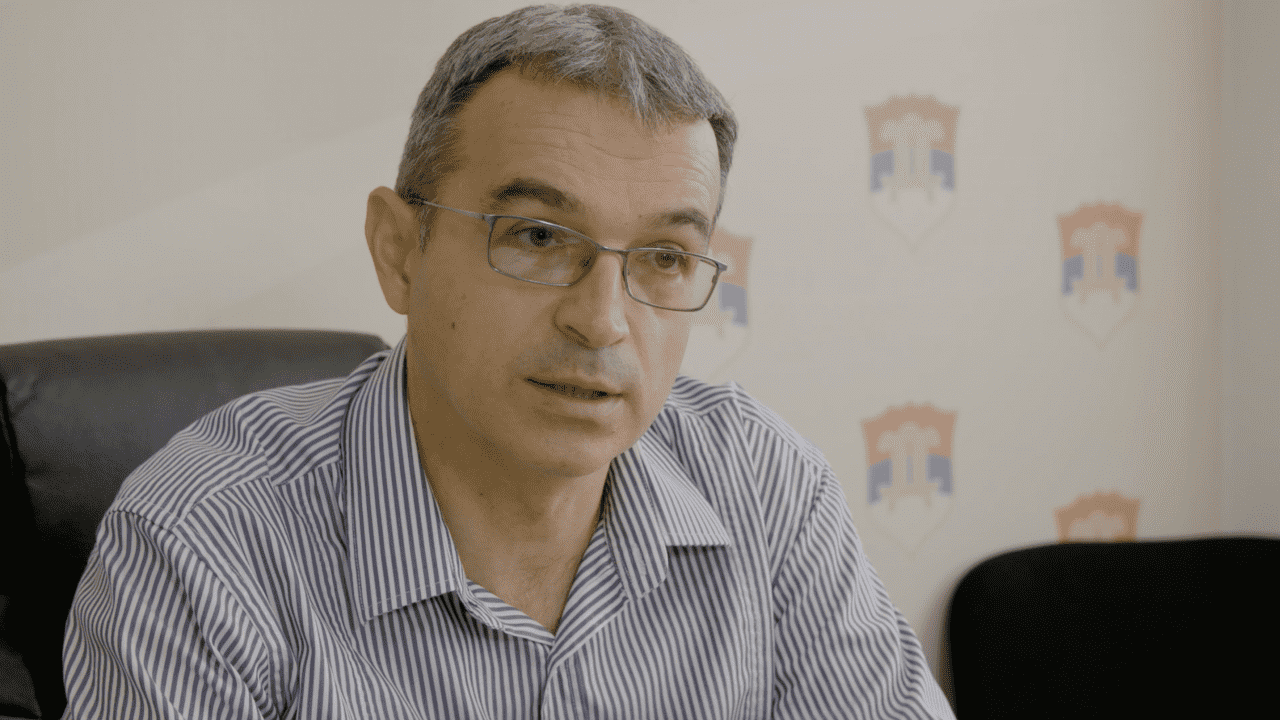 The SDS also criticised investigators and prosecutors because it took two years for an indictment to be raised after the party submitted its report on the irregularities. The party believes that election results in the country can only truly reflect the people’s will if judicial institutions started imposing harsher penalties.

“To this day, two years later, neither the police nor the prosecution in the Brcko District have done anything. Then we addressed the State Investigation and Protection Agency, SIPA, and they reacted by opening an investigation. After that, 15 months passed with the prosecution having done nothing about it, and then they basically did the least they could do,” Stjepanovic said.

Investigating and sanctioning election irregularities is a precondition for any change to happen, said Dario Jovanovic, a project coordinator with the Pod Lupom Coalition.

“The first question is why anyone would stop such a practice, particularly if they’re benefitting from it – and the benefit is the fact that if you come to power, you have an opportunity to have more than 15 billion Bosnian marks at your disposal, as that is the sum of all the budgets or the budgets of institutions, agencies, extra-budgetary funds and so on in Bosnia and Herzegovina, and you are also adopting policies and laws that can benefit people,” said Jovanovic.

‘I hoped for change but nothing happened’ The lack of reaction from the judiciary to allegations of election fraud is highlighted by the example of Jasmin Habul, who stood as a candidate for the Party for a Better Future, SBB in elections in 2016 in the city of Tuzla. Habul is convinced that his election results were changed by his SBB party colleagues who were on the polling station committee.

Habul said that due to the lack of oversight by the Central Election Commission, the majority of members of some polling station committees come from one political party only.

“I cherished the hope that there would be a clean break and something new would be introduced, that some people would be replaced, but unfortunately, nothing has happened – the same actors, the same people, everything is the same, the selection model will be the same, the trading of seats at polling station committees will probably happen again,” Habul said.

Election observers believe that the problem of the trading of seats on polling station committees can be solved by professionalising the committees.

As political parties that are misusing the current situation are unlikely to back this idea, Jovanovic said that voters can help reduce electoral irregularities in the upcoming local elections themselves. Instead of being discouraged from voting, they should become more involved in the process, he argued.

“The only safe way, even if you abstain from voting or do not have a preference, is to go out on election day and spoil your ballot paper rather than offering someone the option of misusing your unused ballot and exercising their right to vote instead of you,” Jovanovic said. 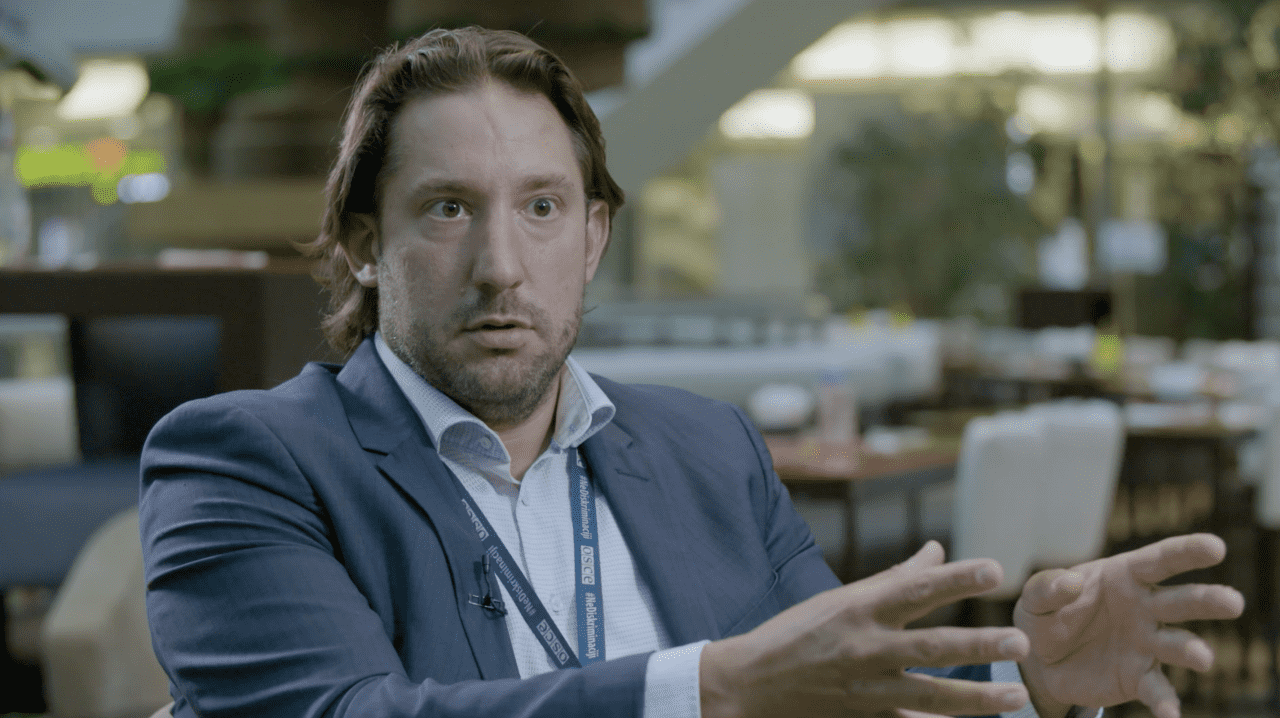 Joeri Maas of the OSCE Mission said he thinks that the more people go out and vote, the more representative elections will be and the less scope there will be for any fraud to influence the outcome of the polls.

“If people are worried about electoral fraud existing, they should go out and vote. Not the other way around,” Maas said.

Long-running frustration with the unresolved problem of polling station committees in the town of Stolac led to a disruption of the elections in 2016, when somw representatives of the Initiative for Stolac attacked the president of the Municipality Election Committee, Ivan Peric, and committee member Mario Raguz.

Salmir Kaplan and Damir Mahmutcehajic of the Initiative for Stolac were dissatisfied with changes in the make-up of the polling station committees; the Central Election Committee later annulled the election results in Stolac. Kaplan was sentenced to two years under a first-instance verdict and Mahmutcehajic to a year and four months for the assault. 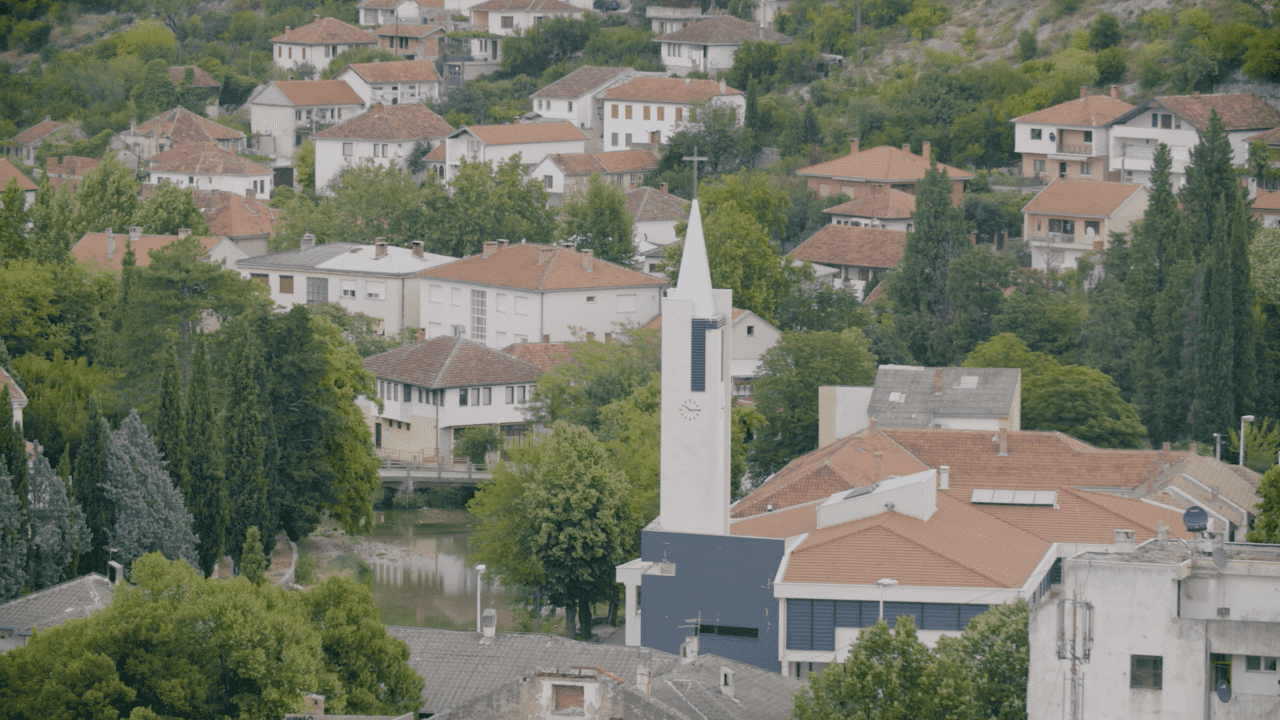 Kaplan and Mahmutcehajic told BIRN that they were not hiding the fact that they had traded seats on the polling station committees.

“I convinced Salmir [Kaplan] that the only way we could stop the HDZ [Croatian Democratic Union party] was to counter them using the same tactic, but not with the aim of stealing votes, but preventing them from stealing. So in 2016, we formally registered some independent candidates, our young activists, for the elections. We knew no one would vote for them and we asked people not to vote for them, we explained that they were there for the sake of the polling station committees,” said Mahmutcehajic, president of the municipal board of the SDP in Stolac.

Kaplan told BIRN that they were forced to mirror the HDZ’s tactics but claimed this was done in order to protect the integrity of the elections.

Asim Pitic, a member of the Municipal Election Commission in Stolac, explained that it was difficult to expose trading in polling station committee seats in the town, but there have been suggestions that ‘fictitious’ candidates have been registered just so parties can get seats on committees and then trade them.

He said however that there was no obvious solution apart from “establishing a balance in such a way that everyone benefits eventually” – allowing all parties to abuse the system so all of them benefit.