When prosecutors started to investigate the killings of six people by rebel Bosniak militiamen in north-western Bosnia, relatives hoped that indictments would soon follow - but 15 years later, the probe is still ongoing.

When prosecutors started to investigate the killings of six people by rebel Bosniak militiamen in north-western Bosnia, relatives hoped that indictments would soon follow – but 15 years later, the probe is still ongoing.

For the past decade and a half, prosecutors from the Bosnian state prosecution and the cantonal prosecution in the north-western city of Bihac have been investigating the murders of four prisoners of war and two civilians who disappeared after being captured near Velika Kladusa in November 1994.

The cantonal prosecution conducted the investigation for seven years and the state prosecution for the same amount of time, before referring the case back to the local Bihac prosecution in 2019.

The fact that so much time has passed and no indictments have been filed has been devastating for the families of the victims who have continued to hope that action was being taken.

The six victims were captured by the National Defence force of the Western Bosnia Autonomous Region, a small unrecognised statelet that existed between 1993 and 1995 and was headed by Bosniak businessman and politician Fikret Abdic.

While leading the breakaway statelet, Abdic fought against fellow Bosniaks who were loyal to the Sarajevo government. He was later convicted of war crimes, but was elected mayor of Velika Kladusa in 2016 after his release.

Nihada Horozovic is the sister of one of the prisoners of war who was allegedly killed by Abdic’s forces – Elfad Horozovic, who was a military policeman with the 506th Brigade of the Bosnian Army’s Fifth Corps.

Horozovic said that the group of captives, including her brother, was first tortured.

On the basis of witnesses’ statements and autopsy findings, it was determined that the torture was extreme and prolonged.

Horozovic said that this included “beating, cutting off body parts, and pouring on acid, starving them and then leaving them like that for a while”.

“Then they would come back and do the same again in order to extract information about military operations and the Fifth Corps’ positions,” she added.

According to witnesses’ testimonies, the witnesses were then killed and dumped in a corn field in Maljevac.

“At the end of the torture and agony, they were killed from short range by two bullets fired at each of them from a handgun, as the autopsy has showed. It turned out that the person who killed them, who fired the last bullet into their foreheads, put an end to the torment, as can be seen in the photographs [from the autopsy],” Horozovic said.

The victims’ remains were found in Cetingrad in Croatia in 2003.

Their families said they resent what they see at prosecutors’ inaction in the case. They claim that prosecutor Nazif Felic, who previously conducted the investigation, said that it would be considered a priority. But a second prosecutor, Adnan Kapic, who took over the case at the War Crimes Section of the Una-Sana Cantonal Prosecution after Felic’s retirement, had a different message.

“I did not tell the families of the injured parties that the case was not a priority, but I said the case was not planned to be solved in 2019. That was a difference in terminology, but it changed everything substantially,” Kapic said. 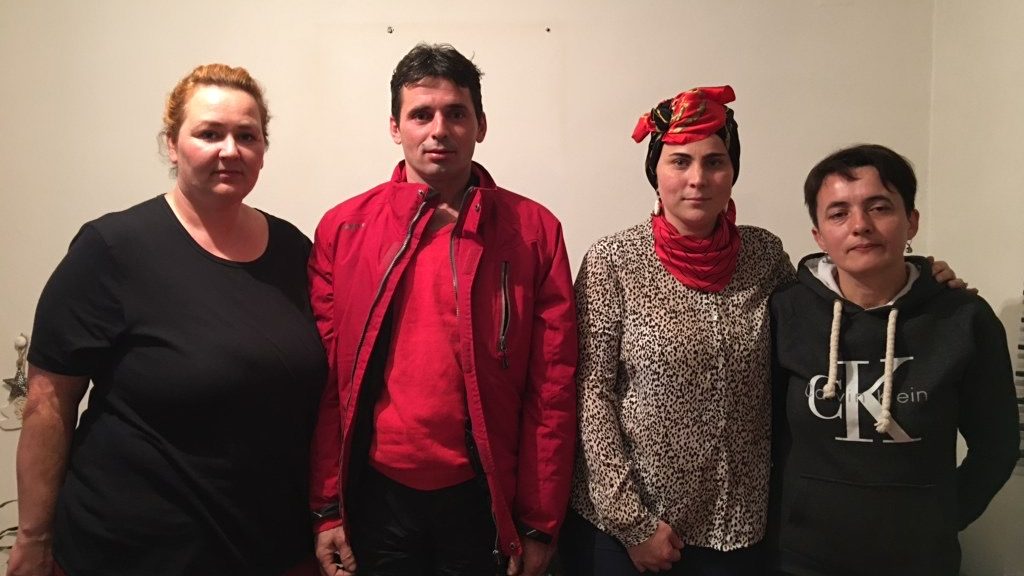 The Una-Sana Canton’s Interior Ministry initially filed a criminal report about the murder of the prisoners to the Bihac prosecution in 1998. After their remains were exhumed in Croatia, the cantonal prosecution issued an order to conduct an investigation in 2005.

In 2012, the case was transferred to the state-level prosecution, and then to the Una-Sana cantonal prosecution in 2019.

It is currently assigned to Kapic, who insisted that the case is a priority, like all the other war crimes cases he is working on.

“After receiving a first call from families of the injured parties, I organised a meeting with them,” Kapic said, adding that he plans to “undertake investigative activities and examine witnesses”.

He also said he hopes to speak to the suspects in the case.

“One of the suspects is available [in Bosnia and Herzegovina], so he will soon be invited for questioning, while the two other suspects are in the US,” Kapic explained, adding that he had already sent a request to the US authorities, using the international legal assistance system, after finding one suspect’s address.

“I shall proceed in the same manner in regard to the other person who, as I have found, lives in the USA, once I have obtained his full address,” Kapic added.

The 1998 criminal report alleges that on November 17 and 18, 1994, members of the National Defence force of the Western Bosnia Autonomous Region captured policemen Izet Salkic, Fikret Salkic and Huso Cehic, Bosnian Army soldier Ilfad Horozovic and civilians Damir Sisic and Senad Prosic – part of a larger group of civilians and policemen who were also seized.

“After having been captured, all of them were taken to the Pasin Potok area [in Croatia], where their uniforms were taken off and wristwatches, money and other valuables seized,” the Interior Ministry wrote in its report dated February 12, 1998.

“They then transferred them to Maljevac [in Croatia] and detained them in a garage owned by S.E., where they were brutally tortured. All the captives were transported by bus to Cetingrad [in Croatia], where six people were separated from the others,” it added.

According to information gathered by the police, a National Defence member identified only by the initials R.S. ordered the six men – Salkic brothers, Cehic, Horozovic, Sisic and Prosic – to be separated from the others.

They were then taken back to Maljevac, where they were killed, and ten days afterwards, their bodies were returned to Cetingrad and buried.

The Una-Sana Cantonal Prosecution told BIRN that an investigation into three suspects, identified only as K.S., K.F. and M.F., was underway, but their full names could not be revealed because of the ongoing investigation.

According to documents shown to BIRN by the victims’ families, an investigation into another suspect identified only as Dz.K. has been discontinued due to his death.

Prosecutor Kapic said that the exhumations were carried out by the Croatian authorities in March 2003. The Croatian State’s Attorney Office told BIRN however that it did not have any ongoing cases relating to the murders of the men who were exhumed.

Nurfet Salkic, the son of victim Fikret Salkic, expressed dissatisfaction with the prosecution’s failure to push the case forward.

“We cooperated with the prosecution, we gave them the names, evidence material, statements and witnesses, but the prosecution is not doing its part of the job,” Salkic said.

“Inspectors of the [Bosnian] State Investigation and Protection Agency and Intelligence Security Agency came and said they had done their job and did not understand why the prosecution had not finished this,” he added.

Sebina Kulupcic-Salkic, the daughter of victim Izet Salkic, said she believes that the suspects have been afforded greater rights than the families of those they are accused of killing.