Over 120 children are estimated to have been killed during the 1992-95 war in the Bosnian town of Gorazde, where attacks continued even after the area was declared a ‘safe zone’ by the United Nations.

Ismail Culov never got to meet his brother Mirsad.

Mirsad died before Ismail was born, on May 14, 1992, when a shell was fired into the eastern Bosnian town of Gorazde.

When the shell exploded, 16-year-old Mirsad was playing with other children in front of their building. He was seriously injured and subsequently died in hospital.

“A piece of shrapnel the size of a grain of rice hit him in his neck,” said Ismail Culov, who is now the imam at a mosque in nearby Ustipraca.

“I remember how sad [Muslim holiday] Eid was after Mirsad’s death. In the morning we would try to cheer ourselves up, but when we went to the cemetery, my parents would embrace the gravestones, crying. And they were not just crying, they were weeping from the bottom of their hearts,” recalled Culov, who was born a few months after his brother Mirsad was killed.

Mirsad Culov was one of at least 120 children who were killed during the war in Gorazde, according to Muamer Dzananovic, a research associate with the Institute for Research of Crimes against Humanity and International Law at Sarajevo University. In his book entitled ‘Crimes against Children in Gorazde During the Siege 1992-95’, Dzananovic also says that a total of 428 children were injured.

But 25 years after the war ended, no one has yet been convicted of involvement in the attacks on Gorazde. 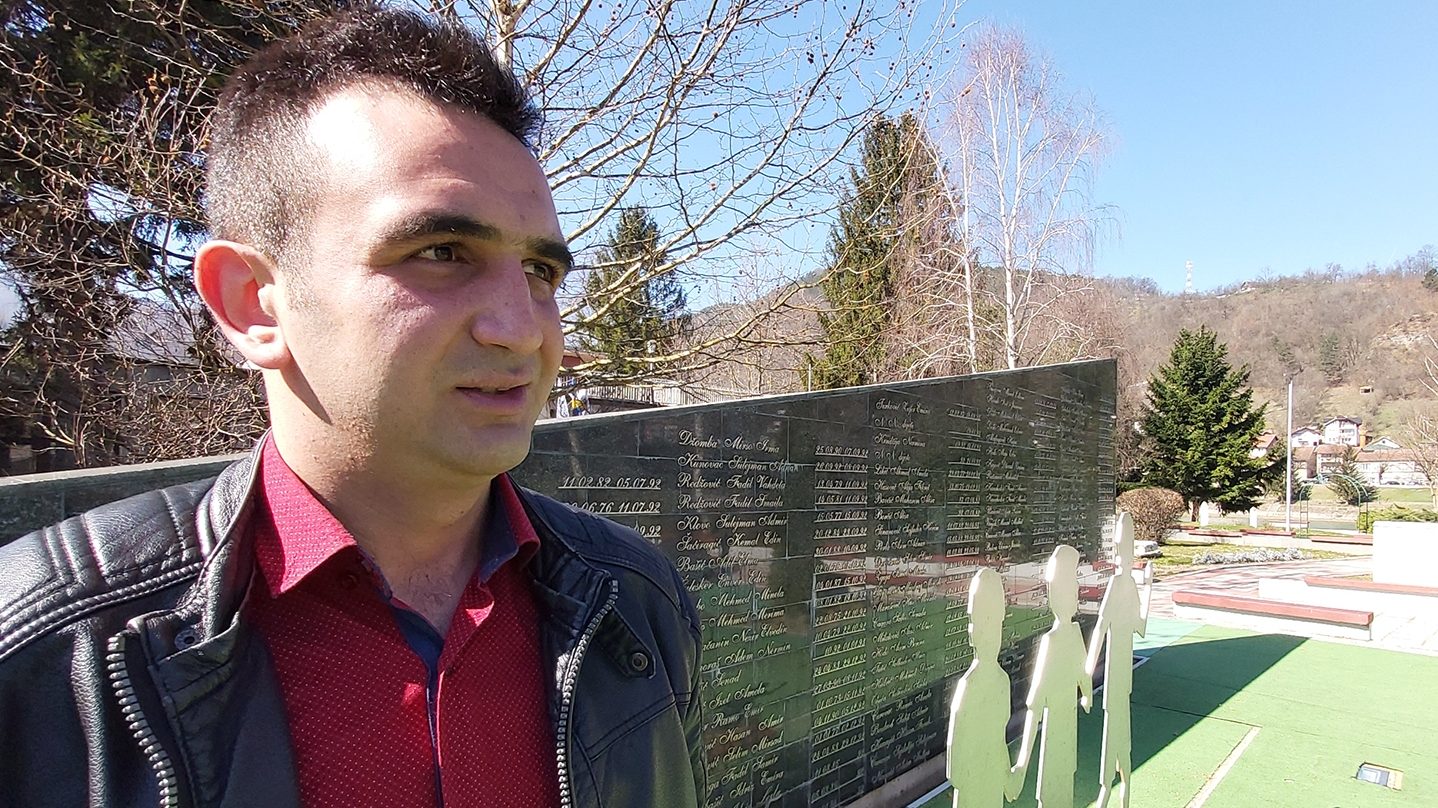 Another of Gorazde’s child victims was killed in an attack on the nearby village of Lozje (also known as Kokino Selo) on May 22, 1992. Eleven-year-old Advira Sahman was among more than 40 people who died.

On the day of the attack, Advira Sahman’s mother Izeta was trying to escape from Lozje together with around 100 neighbours.

“They were shooting from all directions,” Izeta Sahman recalled. “At one moment I covered Advira’s sister with my body. I looked down and saw Advira lying by my feet. I managed to touch her with my feet. I heard her say: ‘Mum, I’m wounded.’ Her left leg was riddled with bullets.

“I took my Advira and bound her leg with my headscarf, but the blood was still pouring. Advira kept saying: ‘Mum, give me some water, please.’ I did not have any water with me. Whenever I drink water, I think of her.”

Advira died in her mother’s arms, while Serb soldiers were driving them to a hospital. Afterwards, Izeta Sahman and her dead daughter were transported back to Lozje and she was detained in a house for the next three days. While she was there, she learned that her other daughter had been captured.

“Three days later, a Serb neighbour, a good man, suggested that we bury Advira in the garden near where the monument [to the victims of the attack] is today. I agreed. I was not afraid of anything anymore. All I wanted was to die,” Sahman said.

“The neighbour said I should flee that night as nobody would be around. So I fled.” Her other daughter was later released in a prisoner exchange, and eventually they managed to give 11-year-old Advira a proper burial.

Former Bosnian Serb Army soldier Dragan Sekaric was charged with involvement in the attack, but eventually acquitted. He is now serving a 17-year sentence for murder and rape in Visegrad.

No one has yet been convicted of the crimes in Lozje, although the state prosecution told BIRN that “the case is ongoing and we are working on it intensively”.

Initial witness statements and evidence about the crime in Lozje in 1992 were collected by the now-defunct Bosnian intelligence service, the Agency for Investigation and Documentation, and by the local cantonal prosecution collected, according to Mirsad Bilajac, chief cantonal prosecutor of the Bosnian-Podrinje Canton Gorazde, who led the investigation at the time.

According to documents obtained by Dzananovic, the attack plan was approved by Brane Petkovic, commander of the Serb-led Territorial Defence force’s headquarters in Srpsko Gorazde.

Bilajac said he investigated Petkovic, but the case was then transferred upwards to the state prosecution.

“The injured parties must be assertive and demand answers from the prosecution of Bosnia and Herzegovina,” Bilajac urged.

“Much depends on the prosecutor’s talent to gather evidence. Serbs defend their own people, Bosniaks and Croats defend theirs. It would be easier to identify criminals if we were all just citizens. People are still afraid to testify. That is my opinion,” he added.

BIRN was unable to locate Petkovic to ask him for a comment. 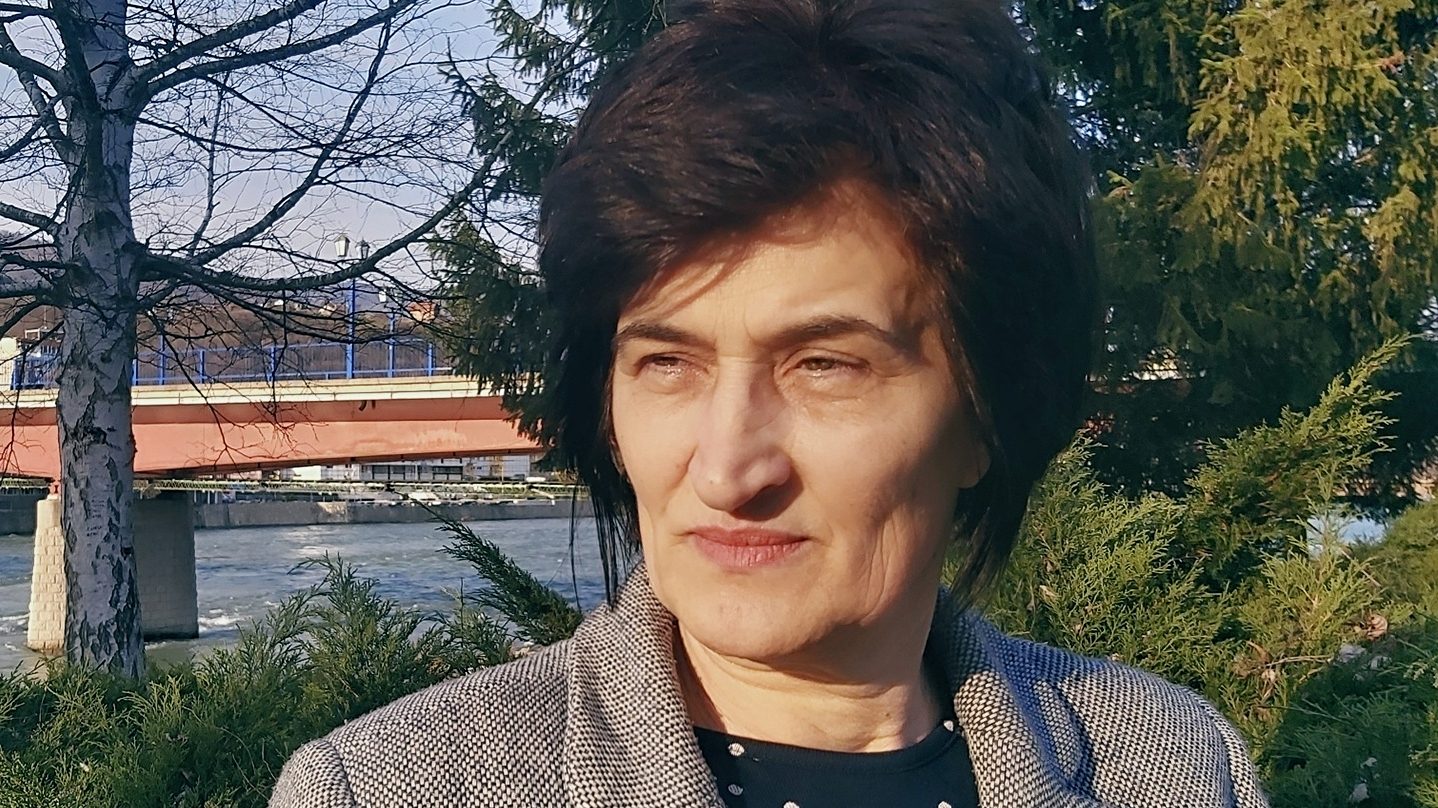 The worst crimes in and around Gorazde were committed after the town was declared a ‘safe zone’ under United Nations Security Council Resolution 824 on May 6, 1993.

In his book, Dzananovic writes that at least 64 children were killed and 203 injured from the moment the town was declared a safe zone to the end of the war.

During Bosnian Serb Army operations codenamed Mac 1 and 2 (Sword 1 and 2) in June 1993, ten children were killed and 30 were wounded.

One of the children who died was two-year-old Ilma Tutic, who was killed on June 16, 1993, when a shell fell into the apartment where her family lived. Her mother, her grandfather and aunt were also killed.

“They were having breakfast when the shell exploded. My father, Ilma’s granddad, ran to check what had happened. Based on her position, he thought Ilma was still alive. When he lifted her, the rear part of Ilma’s head was completely blown away,” said Ilma’s aunt, Zumreta Pinjo.

“Parents cannot fight for justice on their own. The system must give them better support as well as building a monument to the children killed in Gorazde. The monument is standing there, but the children are gone,” she added sadly.

‘They were innocent victims’ 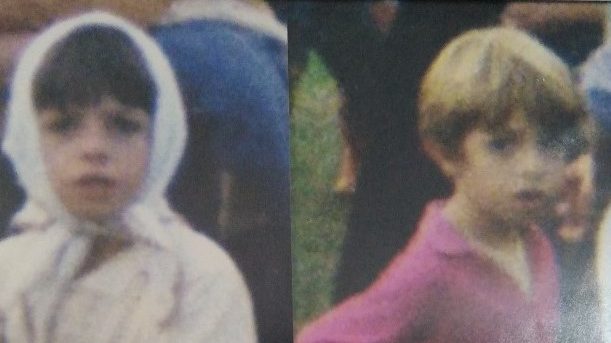 The names of Elma Silajdzic, Haris Zukic and Medisa Zukic are among those carved into the memorial in honour of children killed in Gorazde during the war. They were killed alongside 17 other children in a Bosnian Serb Army operation called Zvijezda 94 (Star 94) which began on March 29, 1994. According to Dzananovic, 53 children were also injured in the violence.

Senida Nuhanovic, sister of Haris Zukic and Medisa Zukic, recalled that on March 30, they had been playing outside when a shell hit as they were entering the house.

“Haris and Medisa were severely wounded on the terrace at the entrance of the house. They were lying in puddles of blood. The grenade blew off Medisa’s legs,” Nuhanovic said.

“Soldiers ran over to help us and took Haris and Medisa with them. We ran towards the hospital. They gave sedatives to my mother right away, while I ran into the room to see my brother and sister. Medisa was already covered with a white sheet.”

Haris had two operations, and the next day, Nuhanovic and her parents went back to the hospital to visit him.

“As we appeared at the door, he asked how Medisa was doing. And all of a sudden his condition worsened. He died in front of our eyes. I was screaming. I was crying,” she said.

Haris was 11 when he died, while his sister Medisa was eight.

“They were children, civilians!” exclaimed Nuhanovic. “They did no harm to anybody. They were innocent victims.”

The Bosnian Serb Army’s Herzegovina Corps, Drina Corps and Sarajevo-Romanija Corps participated in the Zvijezda 94 operation, along with the Yugoslav Army.

The state prosecution has not investigated whether Dragisa Masal, the commander of the Bosnian Serb Army’s Visegrad Tactical Group, which also participated in the operation, bears any responsibility for the deaths.

“Masal’s name can be found on numerous orders, including one issued on April 11, 1994 that refers to the Zvijezda 94 operation: ‘Tomorrow, April 12, at 8 o’clock start a decisive attack in all directions irrespective of meteorological conditions,’” said  Dzanananovic.

“His order issued on February 11, 1993 to the command of the Third Podrinjska Light Infantry Brigade in Cajnice is also known. In that order, he wrote: ‘Start the artillery operation in the Gorazde region immediately, firing two or three projectiles every couple of hours… On Saturday February 13, concentrate fire intensively on the marketplace area in Gorazde,’” he added.

Masal died in Belgrade in 2017 as a retired general of the Bosnian Serb Army. 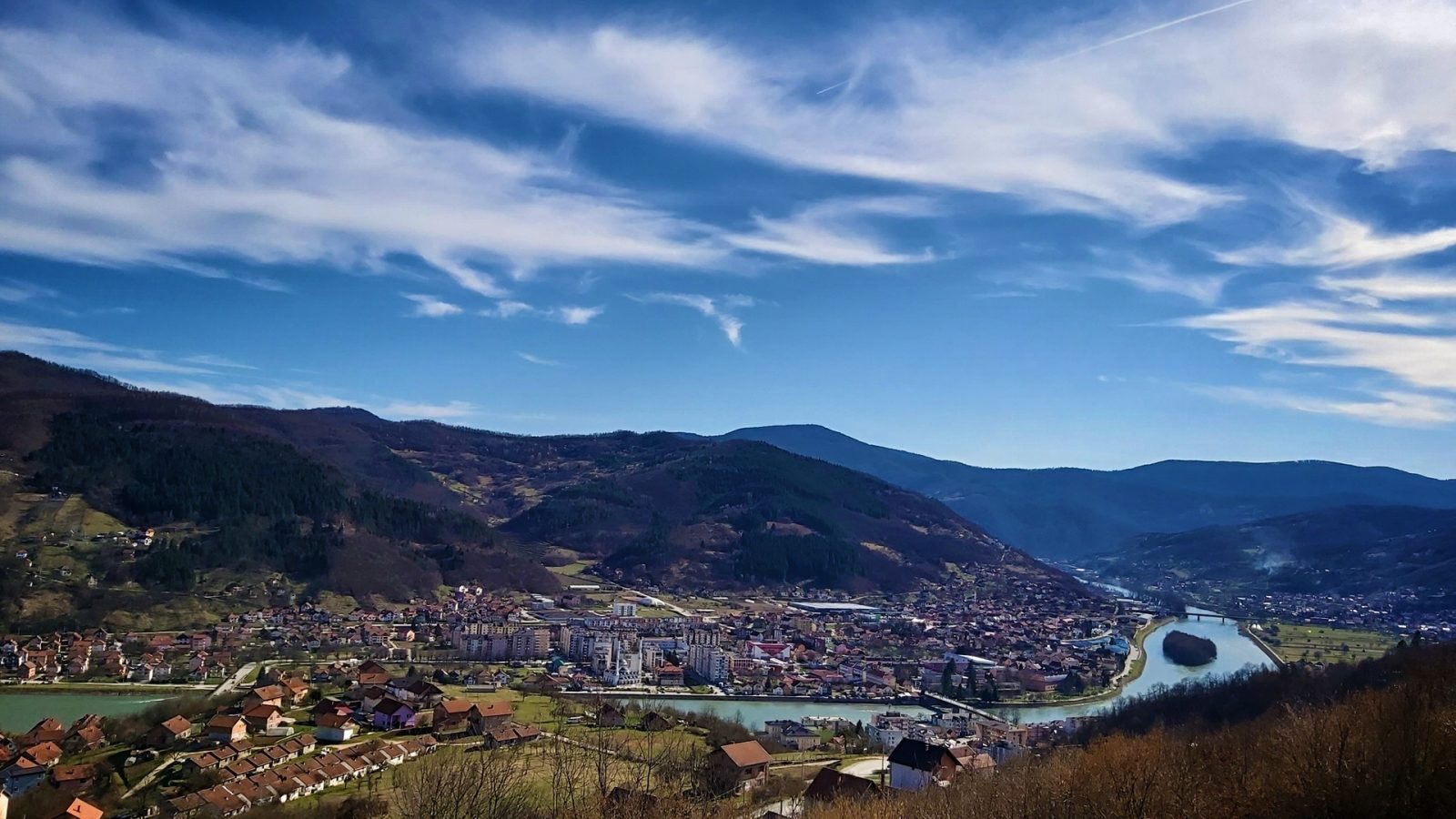 Twenty-five years after the end of the war, relatives of children who were killed in Gorazde are still waiting for justice.

As the waiting continues, Dzananovic keeps on investigating the war crimes committed in the area. He plans to publish another book about the siege and defence of Gorazde, which he said will shed light on numerous unpunished violations.

“If crimes go unrecorded, no matter who committed them, everything will be forgotten. We must not forget. That is our obligation to the victims, but also a way to put an end to the continuing recurrence of crimes, which has been happening in this region for centuries,” Dzananovic said.

He noted that commanders of the Bosnian Serb Army’s Sarajevo-Romanija Corps have been prosecuted for attacks on Sarajevo on the basis of their command responsibility.

“It is unbelievable that commanders of corps and brigades which conducted attacks on Gorazde and its surroundings have not been brought before a court under the same principle,” he said.

State prosecutors have so far failed to bring the killers of Gorazde’s children to justice, and relatives of the dead are losing hope that they ever will put the perpetrators on trial.

Ismail Culov, whose teenage brother was killed, said that “it is hard to believe that anything will happen and that anyone will be sentenced for the death of Gorazde’s residents during the war”.

Juso Sahman, whose daughter Advira died in an attack, warned that as time passes, fewer witnesses will be able to testify about what happened in the 1992-95 war.

“Witnesses are dying,” he added. “Those who could have recognised the perpetrators are gone. They were the key witnesses. Those who gave the orders are dying too.”

BIRN’s Forgotten Victims project is supported by the government of the United Kingdom and is being implemented by the United Nations Development Programme, UNDP, as part of its Regional War Crimes Project.