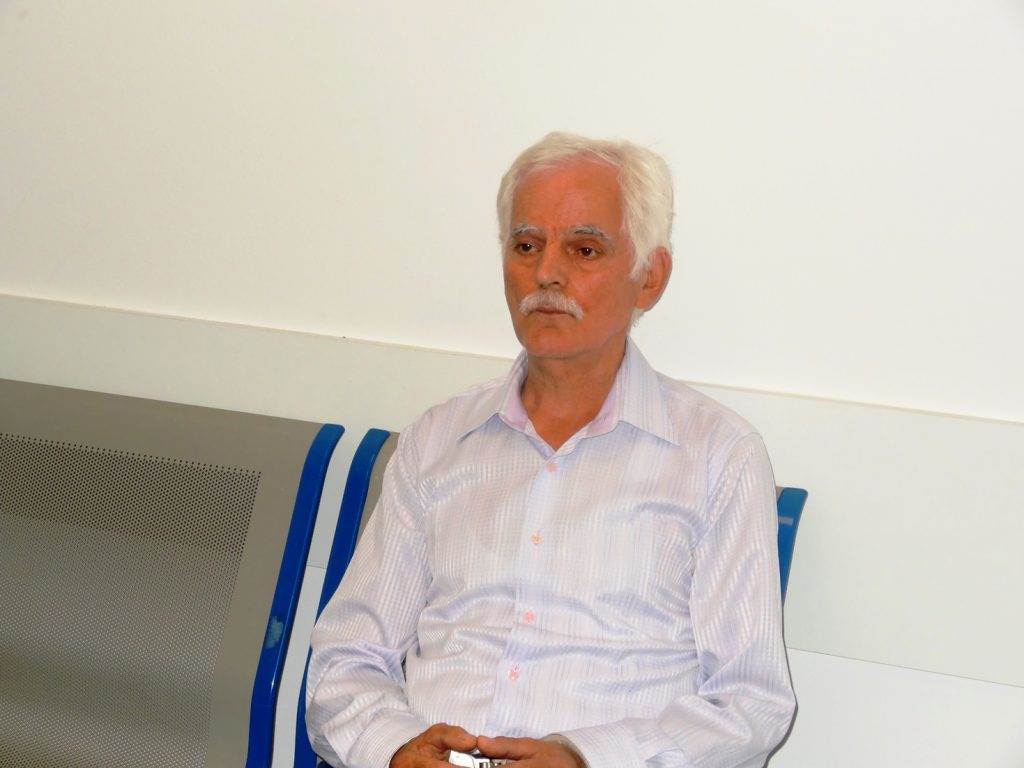 Wartime Bosnian Serb fighter Radomir Susnjar appealed against his conviction for involvement in the killing of 26 Bosniak civilians, including a baby, in a house that was set on fire in Visegrad in 1992.

Lawyers for Radomir Susnjar appealed to the Bosnian state court’s appeals chamber on Tuesday against the verdict sentencing him to 20 years in prison for wartime crimes in Visegrad in June 1992, including the murders of 26 civilians – one of them a two-day-old baby – who were locked inside a house that was then burned.

Susnjar’s defence asked for the defendant to be acquitted, or for the verdict to be overturned and a new trial ordered, while the prosecution argued that the first-instance verdict should be upheld.

Defence lawyer Dejan Bogdanovic said that no evidence was presented to prove that the crimes with which Susnjar is charged had actually been committed during the war.

Bogdanovic also said that witnesses did not definitively identify Susnjar by name, and that no evidence was presented that the defendant had been mobilised as a soldier at the time of the crime.

“The verdict alleges that he ‘was seen with paramilitary formations’, but none of the witnesses said that. The court determined that arbitrarily,” he said.

Susnjar also addressed the appeals chamber to deny that he was involved in the crime.

“I categorically insist that I am not that person. I have nothing else to add,” he said.

Prosecutor Sasa Sarajlic argued however that the witnesses knew the defendant by his nickname, Lalco, which determined his identity, and that the date of the beginning of the war was a generally known fact which did not need to be proven.

Sarajlic also said that it was absolutely irrelevant whether the defendant was mobilised or not.

“There are no doubts that might cause this chamber a dilemma about whether to confirm the first-instance verdict or not,” the prosecutor said.

Under the first-instance verdict in October last year, Susnjar was found guilty of having participated, alongside fellow Bosnian Serb fighters Milan and Sredoje Lukic, in the inhumane treatment of civilians from the village of Koritnik, who they also robbed.

The civilians were then ordered into a house on Pionirska Street in Visegrad, after which Milan Lukic threw in an explosive device, causing a fire, while Susnjar threw in a hand grenade.

All three fighters then opened fire simultaneously, preventing the civilians from escaping. The attack resulted in the deaths of 26 people. 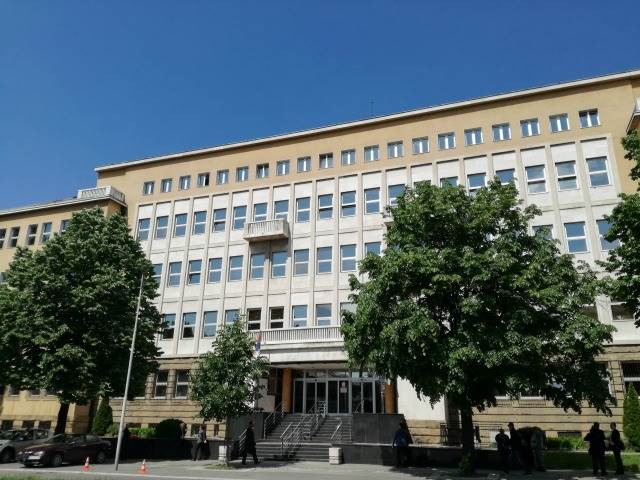 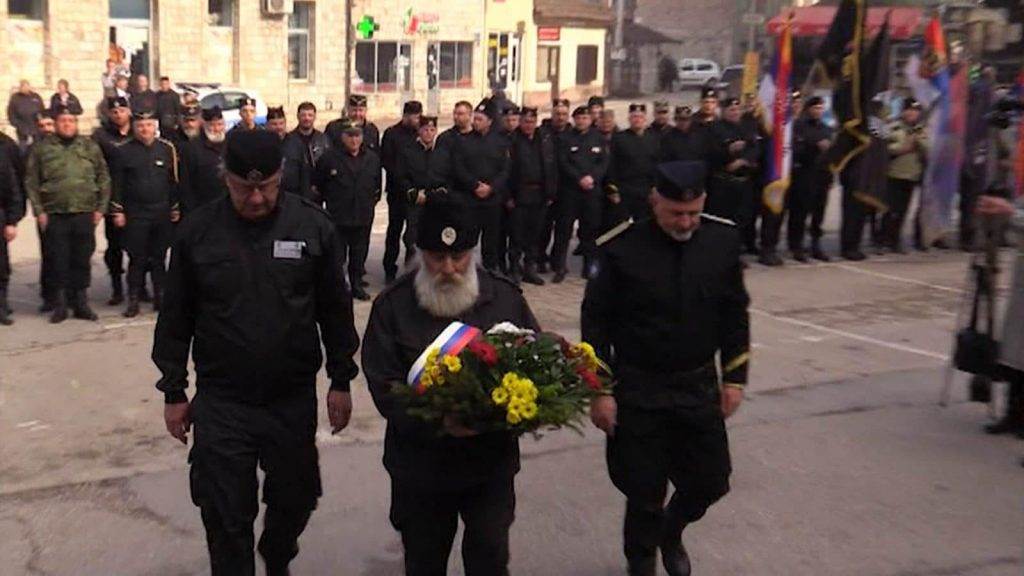 Courts in the towns of Doboj and Sokolac have rejected requests to ban 16 associations whose titles contain the words ‘Chetnik Movement’ or ‘Ravna Gora Movement’, while three more courts in Bosnia’s Serb-majority Republika Srpska entity are still considering requests to ban the associations, BIRN has learned.

The request from the Sarajevo Canton justice ministry to ban the Chetnik associations on the grounds that they provoke ethnic, racial or religious hatred and discord and intolerance were sent last year to five local courts in Republika Srpska, in the towns of Banja Luka, Doboj, Bijeljina, Sokolac and Trebinje.

After the commemoration, the Bosnian state prosecution opened a case to examine whether the incident had provoked hatred and intolerance. The probe is still ongoing.

Sarajevo Canton’s justice minister Lejla Salihagic-Brcic told BIRN that she is waiting for decisions on the ban from the remaining three courts in Banja Luka, Bijeljina and Trebinje.

“I hope that at least one of the registry courts will have sense enough to uphold the request, but unfortunately, the Bosnian judiciary is most often governed by politics, so I am not sure that it will actually happen,” Salihagic-Brcic said.

The Doboj and Sokolac courts have not responded to BIRN’s inquiry about their reasons for rejecting the proposed ban.

In the meantime, on Orthodox Christmas Eve earlier this month, the Ravna Gora Association in Visegrad organised a convoy of cars that drove noisily through the town, blaring Serbian songs, sparking fear among Bosniaks who fled during the war but have since returned.

Hedija Kasapovic, president of Visegrad 92 association of families of wartime missing persons, said that such incidents “take us back to 1992 [when war crimes were committed in the area by Bosnian Serb forces] and frightens Bosniaks again”.

“It is incomprehensible that one ethnic group celebrates its sacred holiday by glorifying war criminals,” said Kasapovic.

The state prosecution has opened a new case to probe the Visegrad incident on Orthodox Christmas Eve and similar Serb celebrations in Srebrenica and Bratunac the same evening.

But Nedeljko Kokosar, president of the Drina district of the Visegrad Ravna Gora Movement, insisted that there were no provocations aimed at other religious groups in Visegrad during the Christmas Eve celebration, claiming that “everything was staged by the media”.

“Nobody in that convoy said a word about Bosniaks or Croats. We, the members of the Ravna Gora Movement, never mention other religious groups,” he told BIRN.

“They reported that we sang about Turks and converts to Islam, but I did not hear it,” he added, although a song can be heard on a video of the celebration which mentions both Turks and ‘poturice’, an offensive term for converts to Islam.

“It is a purely Serb issue, not incitement of hatred… Serbs just want to correct the [Yugoslav] Communist history, which demonised general Mihailovic,” he said.

“I live close to a mosque, and when Muslims celebrate their holidays, I do not interfere and I do not care,” he added.

The Ravna Gora Chetnik movement was prohibited in Montenegro in 2016, when the authorities said that its ideology “represents a danger to the independence, sovereignty and constitutional arrangement of the country”, arguing that it could disturb public order. 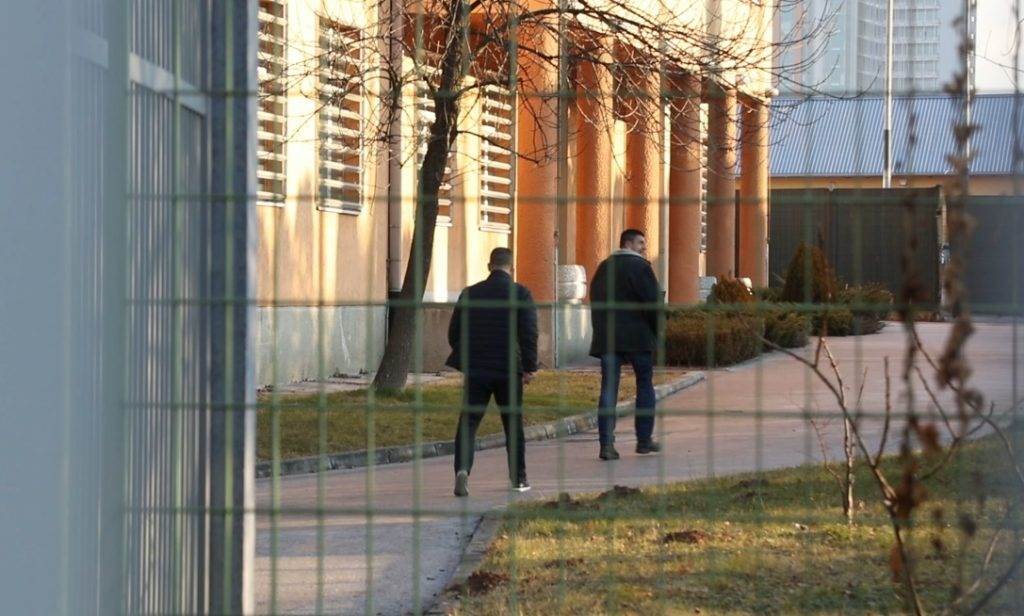 Five former Bosniak fighters went on trial for physically abusing captured Bosnian Serb Army soldiers in the Visegrad, Gorazde and Rogatica areas between 1992 and 1995. The trial of former Bosniak fighters Mustafa Stovrag, Camil Ramic, Mehmedalija Topalovic, Himzo Selimovic and Ramiz Micivoda, who are all accused of prisoner abuse during wartime, opened at the Bosnian state court in Sarajevo on Monday. 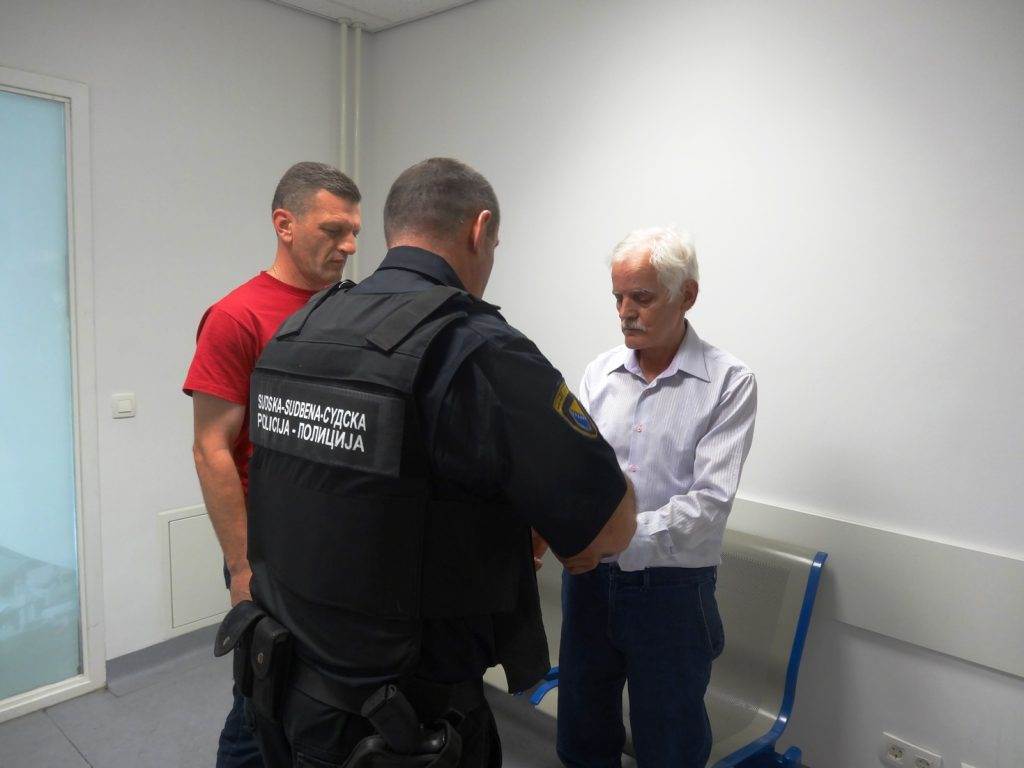 Wartime Bosnian Serb fighter Radomir Susnjar was sentenced to 20 years in prison for his involvement in killing 26 Bosniak civilians, including a baby, in a house that was set on fire in Visegrad in 1992. The Bosnian state court in Sarajevo on Wednesday convicted Radomir Susnjar, alias Lalco, of involvement in wartime crimes in the Visegrad area in June 1992, including the murder of 26 civilians – one of them a two-day-old baby – who were locked inside a house that was then burned.

Former Bosnian Serb fighter Radomir Susnjar, who is on trial for killing 57 Bosniaks in a house that was set on fire in Visegrad in 1992, asked for an acquittal, telling the court he was innocent.

The prosecution asked for the maximum sentence for former Bosnian Serb soldier Radomir Susnjar, who is on trial for killing 57 Bosniaks in a house that was set on fire in Visegrad in 1992. The prosecutor told the Bosnian state court in his closing statement on Thursday that Radomir Susnjar, alias Lalco, should be given the maximum possible prison sentence for his participation in the murder of 57 civilians in a house in Pionirska Street in Visegrad in June 1992. 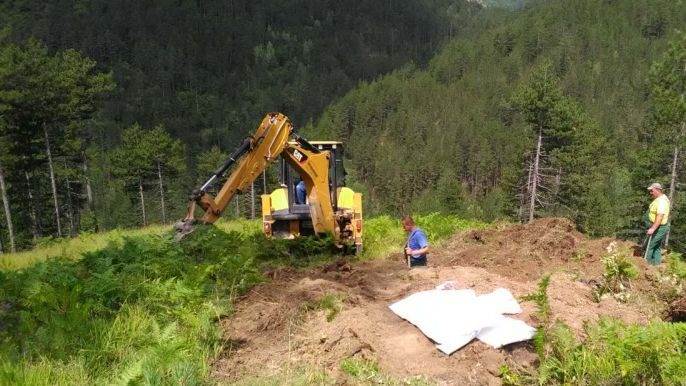 The remains of six people, believed to be Bosniaks who were killed during the 1992-95 war, have been exhumed from a mass grave at Hrtar Grad near Visegrad. 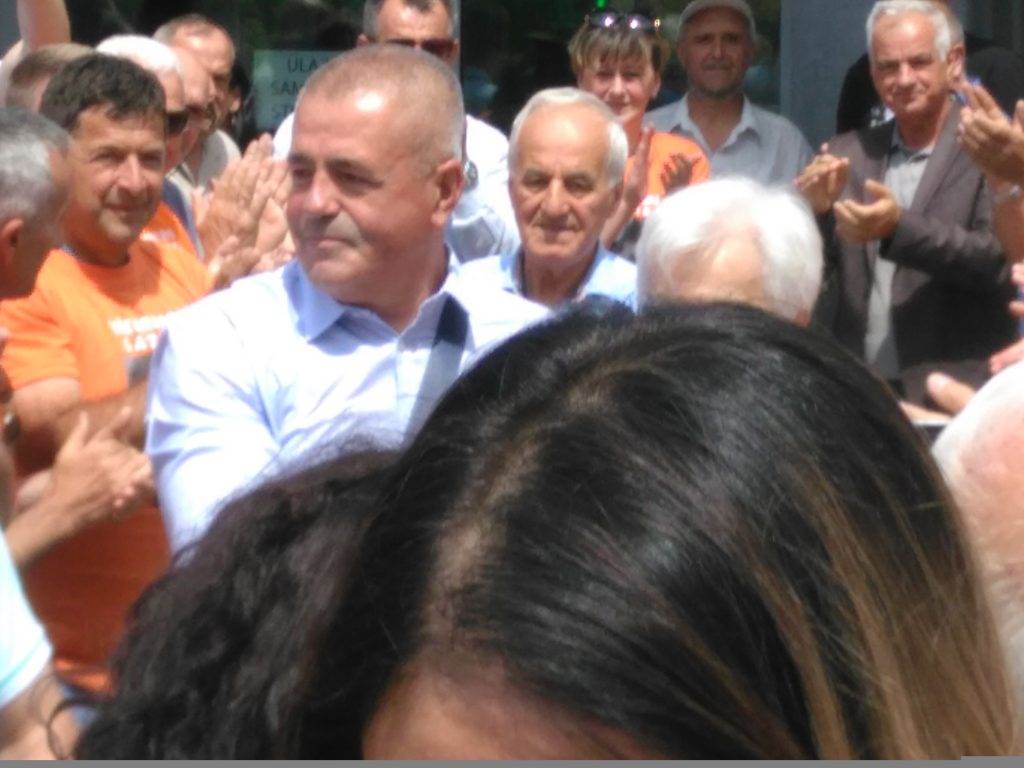 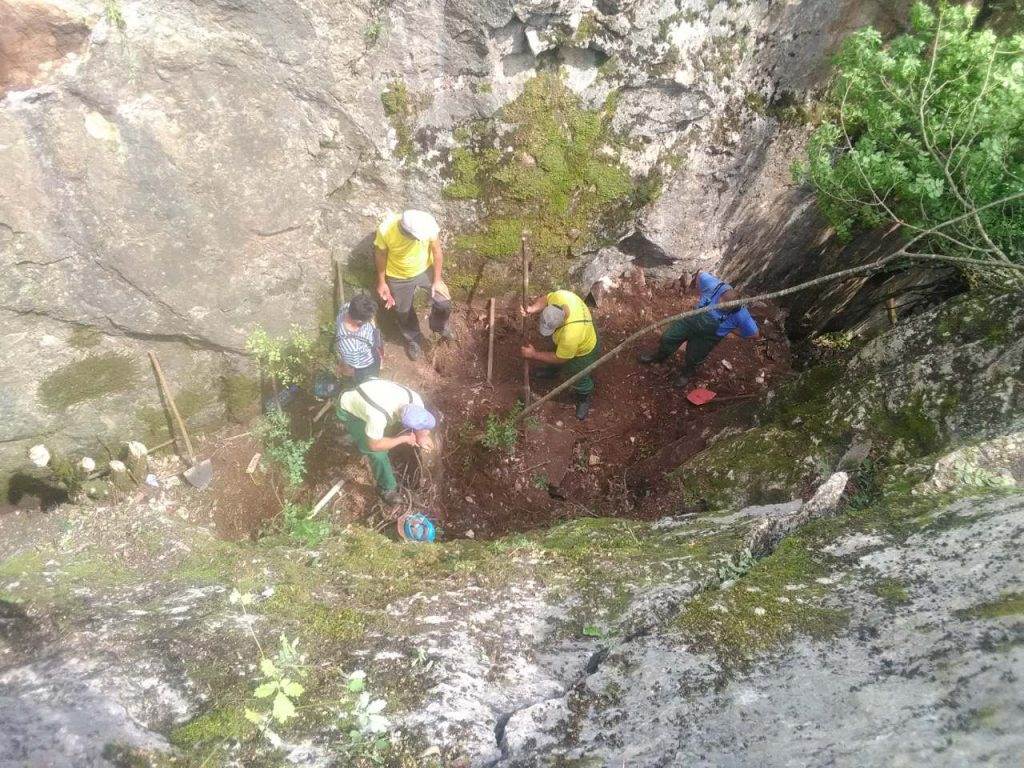 A mass grave is being exhumed in the village of Gradina in the Visegrad municipality that may contain remains of victims of the Srebrenica massacres as well as people killed during wartime in Visegrad.