Far-right symbols are often used in the Western Balkans, but many experts can’t distinguish them because they use a coded language, the author of a new handbook explains, hoping it will help people recognize and combat such movements. 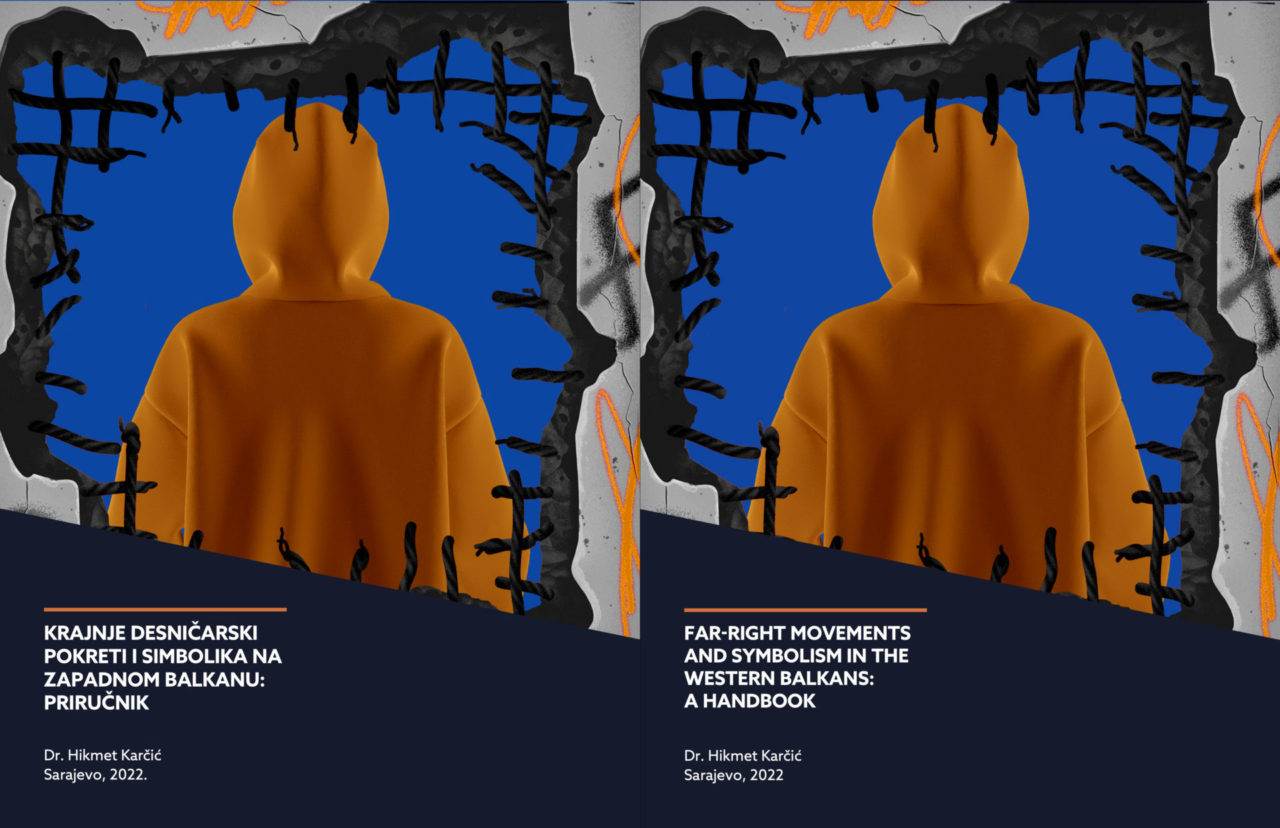 Besides the most recognizable symbol used by the Nazis – the swastika, far-right groups in the Balkans also use death heads, the names and faces of known war criminals and many other symbols to communicate their ideas in the public space, a handbook called “Far-Right Movements and Symbolism in the Western Balkans” says.

Its publication has been supported by the Office of the International Republican Institute, IRI, in Bosnia and Herzegovina.

Karcic explains that during his research he noticed that a large number of far Right symbols in the Balkans are recognizable across the world, but that some are specific to a certain locality. It is those that he wanted to present in the handbook.

“I came up with the idea to make a sort of a handbook that would help not only researchers and journalists but also security services and others to recognize various symbols which are used more or less transnationally and in the entire Balkans and which belong to organizations and movements of the far-Right,” Karcic said.

If used for the correct purposes, this handbook will contribute to a proper identification and suppression of far-Right movements and phenomena in our society, he maintains.

“What is very visible is the so-called coded language which is used by those groups and individuals, not only in graffiti, flags, symbols and emblems, but also in memes online,” Karcic said.

In his opinion, the far Right will remain present in the Balkans area, which is why proper recognition of its symbols is important. He specifically referred to the presence of these symbols in the online space, where, he says, members and sympathizers of far-Right organizations from different places gather to share stands and opinions.

“On Facebook and Instagram we see a great many symbols which, unfortunately, no bodies or services follow or supervise in any way. So, this manual could be of the greatest use to them,” Karcic said.

He added that, apart from those actively involved in researching the Right in the Balkans, this manual might also serve an educational purpose, so the basic and most important symbols could be shown to school pupils, students, professors and pedagogues.

In the research, the author said an analysis of the symbolism demonstrated online and in the real word, in the form of flags, tifo and graffiti, is one of the best ways of identifying and mapping far-Right movements in Bosnia and Herzegovina, as well as gaining insight into their work and relations with the global far-Right.

That is the goal of IRI in Bosnia and Herzegovina, which supported publication of this handbook and whose regional projects deal with the phenomena of extreme-Right movements.

“Owing to the excellent work of Dr Hikmet Karcic, a member of our Western Balkans Task Force, we are in a position to present the public with a document that clearly and concisely explains and maps the far-right symbols,” IRI director in Bosnia Borislav Spasojevic said.

“Keeping in mind that this phenomenon has been relatively poorly investigated in the region, we believe the handbook will be of great use to researchers, journalists and members of security agencies,” he added.

In the handbook’s conclusions, Karcic wrote that although the symbols used by the far-Right have roots in the past, many new ones are appearing on the internet, so his research only presents the most frequently used examples. He explained that the use of coded hate speech and symbols is on the rise, as is a debate on legal sanctioning of hate speech.

It can, therefore, be expected that more and more hidden symbols and messages of hate will be visible both on the internet and in the field, he said in the conclusion.

The complete research can be read at this link.