Women in Black’s office in Belgrade was vandalised with red paint the day after the Serbian peace group was involved in events to commemorate the anniversary of the Srebrenica genocide. 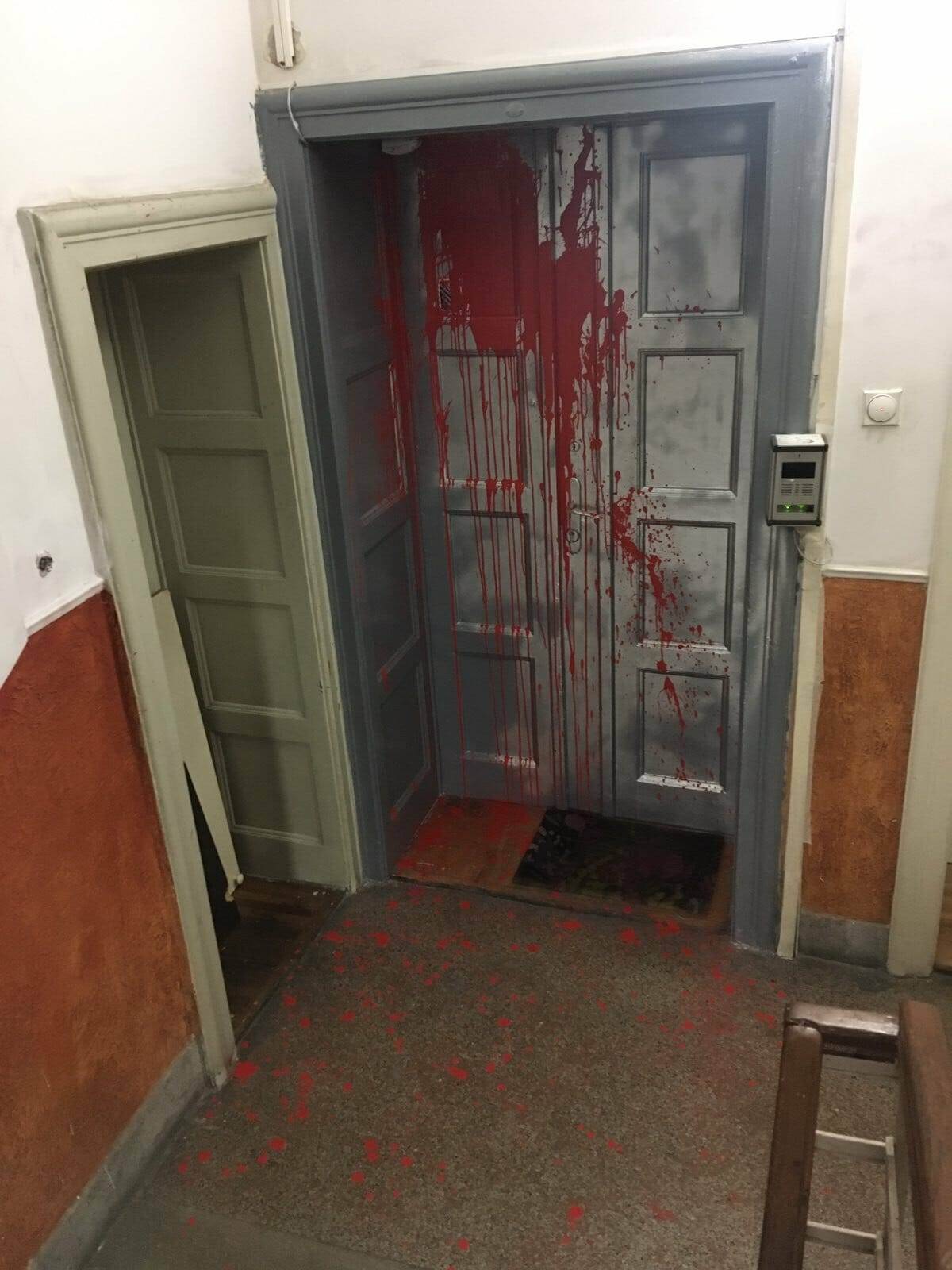 Women in Black said that an unknown man posing as a postal worker entered the building where the peace group’s office is located in Belgrade on Tuesday and poured red paint on the entrance door and on the staircase.

“The attack took place in the context of the commemoration of the 27th anniversary of the genocide in Srebrenica and numerous activities organised by Women in Black in the previous two days,” Women in Black said in a statement.

The statement said that this was the latest in a series of attacks both on the premises and on activists of Women in Black, and took place in what it described as a “climate of impunity” maintained by the Serbian government.

It claimed that state institutions “permit violence” against people they see as political dissenters.

In November 2021, Women in Black’s office in Belgrade was sprayed with slogans describing wartime Bosnian Serb military chief Ratko Mladic, as a hero.

Mladic was sentenced to life imprisonment by the UN tribunal in The Hague for the genocide of Bosniaks from Srebrenica and other wartime crimes.

Activists held commemorative events in Belgrade on Monday to mark the 27th anniversary of Srebrenica, urging the Serbian government to name July 11 Remembrance Day of the Victims of the Genocide. The government refuses to accept that the 1995 massacres by Bosnian Serb forces constituted genocide, despite the verdicts of international courts.