Russian government-backed foundations have been holding events to promote reports denying the 1995 Srebrenica genocide, as Moscow seeks to exploit divisions in Bosnia and Herzegovina and increase its influence among the country’s Serbs.

Addressing representatives of Russian institutes and foundations at an event held in Moscow in mid-September, the head of a commission on Srebrenica set up by Bosnia’s Serb-dominated entity Republika Srpska declared that there was no genocide of Bosniaks in July 1995.

Speaking via video link to Moscow, Israeli historian Gideon Greif – whose commission produced a report on Srebrenica for the Republika Srpska authorities earlier this year which exonerated Bosnian Serb forces of genocide – rejected the verdicts handed down by international courts.

“The [Hague] Tribunal’s findings about genocide will not stand the test of time, because the [Republika Srpska] commission is convinced that crimes in Srebrenica cannot be considered genocide,” Greif claimed in his address, which was streamed online. He argued that that the term genocide “would lose its meaning” if it was applied to Srebrenica.

Several weeks after the meeting, another conference was held in Moscow in early October, focusing on the work of the Srebrenica commission headed by Greif and another commission that was set up by the government of Republika Srpska to examine wartime crimes against Serbs in Sarajevo.

The two events were organised by the International Institute of the Development of Science Cooperation, MIRNaS, an organisation founded by various Russian universities, including the prestigious Moscow State University, which involves numerous researchers and professors at Russian higher education institutions.

Leonid Drachevsky, executive director of the Gorchakov Fund, which supported the event, said in his introductory address that the discussion was “of great importance” in the understanding of the history of the past three decades.

Drachevsky added that it was difficult to hold a dialogue about events from modern history given that the participants are still alive and each has their own view of what happened. But certain views were not represented – families of Bosnian war victims were neither invited to these conferences nor asked to participate in the Republika Srpska commissions whose reports were discussed in Moscow.

“They went as far as to erase every trace of our existence and now they are discussing whether it was genocide or not,” said Nura Begovic, deputy head of the Women of Srebrenica association. “These people have no soul. It is shameful to see who is supporting such commissions, meetings and lobbying.”

The Russian state is financially supporting meetings like the ones in Moscow recently through organisations like the Gorchakov Fund.

The chairman of the Gorchakov Fund’s board of trustees is Russian Foreign Minister Sergei Lavrov, and analysts say that the events it supports are an example of Russian ‘soft power’ efforts, as Moscow seeks to advance its strategic interests in the Balkans.

The Fund was founded in 2010 by a decree issued by the Russian president, according to its website, and its mission is to “support creation of public, political and business climate abroad, favourable for Russia”.

Its website explains that it provides financial and organisational support to “interested national organisations submitting initiative proposals, which comply with the statuary goals of the Fund”. It also “provides assistance in creating a favourable public opinion of Russia abroad”. 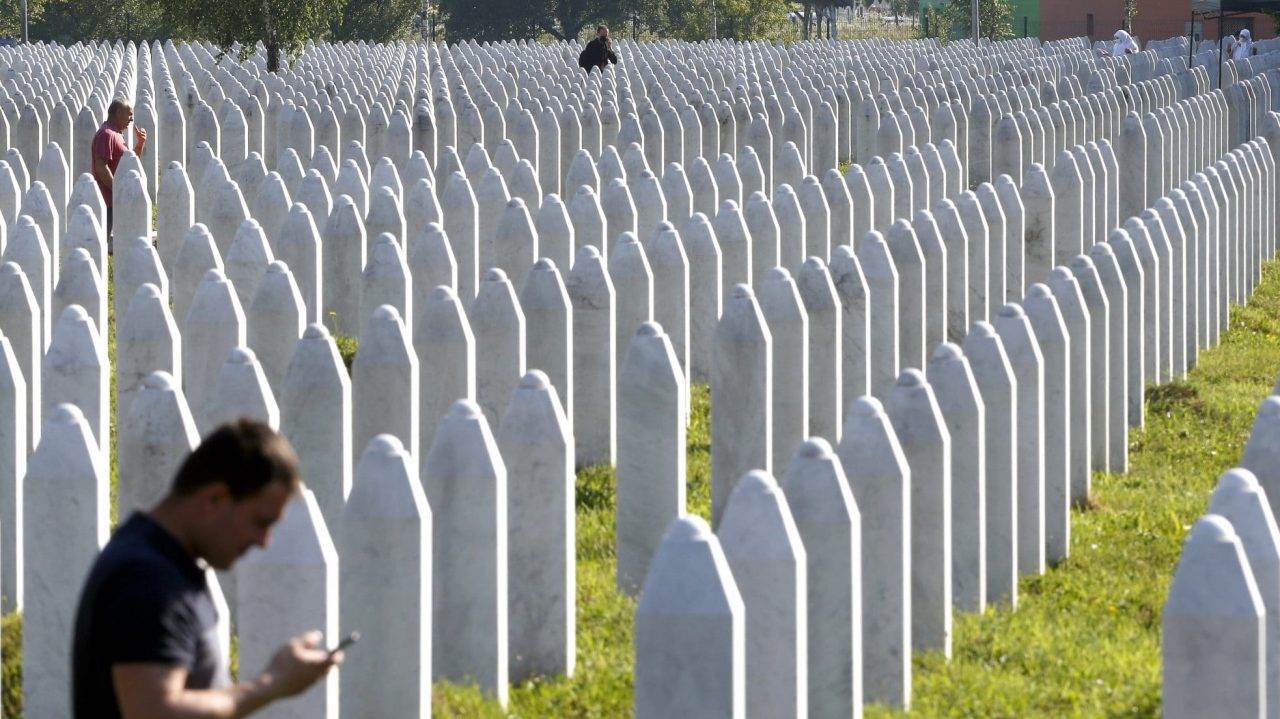 Sead Turcalo, a professor at Sarajevo University’s Faculty of Political Sciences, said that Russia has set up a series of governmental institutions over the past decade or so which are aimed at projecting Moscow’s soft power objectives.

“Given that [the Gorchakov Fund] is an official part of the Ministry of Foreign Affairs of the Russian Federation, these are the state’s official stances,” Turcalo said.

The Gorchakov Fund was founded as an instrument for implementing the goals of the Russian International Affairs Council, a think-tank set up by a Russian presidential decree in 2010, which participated in the organisation of the Srebrenica event.

“The presidential decree stated that the founder was the Russian Ministry of Foreign Affairs and the organisation’s budget would come from the state budget, voluntary contributions and donations, as well as from other sources in accordance with Russian legislation,” said a report published by the Wilfried Martens Centre for European Studies, a think-tank set up by the European People’s Party, a centre-right political grouping in the European Parliament.

Neither the Russian International Affairs Council nor the International Institute of the Development of Science Cooperation responded to BIRN’s queries.

A statement issued by the Gorkachov Fund after the event in September said that crimes committed in Srebrenica during wartime have been misrepresented in order to put the blame on the Bosnian Serbs alone.

“The events in those years were distorted by the media and non-governmental organisations, which focused exclusively on the losses of the Muslim population, neglecting the stance of the Serb side,” the statement said.

It added that the Republika Srpska commission headed by Gideon Grief “came to the conclusion that the initiators of these terrible crimes should not sought on the Serb side”.

One of the speakers at the Moscow discussion was former Yugoslav Foreign Minister Vladislav Jovanovic, who was participating on behalf of the Russian House in Belgrade, which promotes Russian culture and language in Serbia.

Jovanovic also touted the Republika Srpska report, saying that it was produced by a commission “composed of the smartest people from a dozen countries”, and that it “came to the conclusion that a terrible war crime was committed in Srebrenica but that the crime of genocide was not committed”.

However, lawyers and experts in transitional justice have criticised the Republika Srpska commissions on Srebrenica and Sarajevo as attempts to revise history and whitewash crimes.

Srebrenica as a political tool 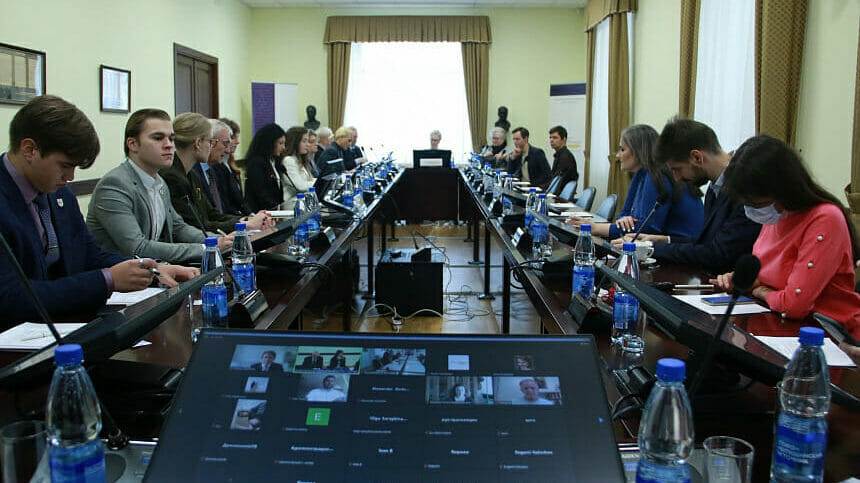 “The presentation of the reports on Srebrenica and Sarajevo, given that those are revisionist reports, can be viewed as part of a broader revisionist policy of Russia and its allies in the region and within Bosnia and Herzegovina,” argued Turcalo.

Russia’s support for the Republika Srpska reports, which have contributed to continuing post-war ethnic divisions in Bosnia and Herzegovina, comes as Moscow seeks to increase its influence over the Bosnian Serbs.

Russia is trying to use disputes from the 1990s wars to perpetuate strife and undermine the EU and NATO in the Western Balkans, analyst Dimitar Bechev argued in a report published by the NATO Strategic Communications Centre of Excellence in 2019.

“Russia’s overarching objective in the Western Balkans is not to revise the status quo but to freeze it. It would like to prevent NATO from expanding and to slow down the enlargement of the EU,” Bechev wrote.

Tensions have escalated since July, when High Representative Valentin Inzko, the international official who oversees the implementation of the peace deal that ended the Bosnian war, imposed legal changes criminalising the denial of genocide and war crimes.

In reaction, Bosnian Serb political leader Milorad Dodik is threatening to pull Republika Srpska out of the state-level judiciary, army and taxation system – moves that have been seen as precursors to secession.

Analysts Paul Stronski and Annie Himes wrote in a report for the Carnegie Endowment for International Peace in 2019 that the goal of Russian influence operations is to create “Russian-friendly local constituencies and levers of influence that could allow Moscow to inhibit further integration into Western economic, political, or security structures”.

“To buttress these efforts, Russia also seeks to exacerbate political and social fissures in several Balkan countries,” they argued.

Nathalie Vogel, a researcher at the European Values Centre for Security Policy, a Czech organisation that follows Russia’s activities in Europe through its Kremlin Watch platform, told BIRN that she thinks the Gorchakov Fund is currently using the crisis in the Balkans.

“I’m seeing that they are duplicating exactly what they’ve been doing in Germany, a few years ago, in the Balkans. In Germany, they teamed up with the Russian-German forum and they had this big gathering where people from media, of former diplomats, politicians, people from different areas gathered to discuss how, for instance, they could normalise the relations between Germany and the Russian Federation after what happened in Ukraine,“ said Vogel.

Russia annexed Ukraine’s Crimean peninsula in 2014 and supported a separatist insurgency in the eastern Donbas region, which led to EU sanctions being imposed on Moscow and serious damage to its relations with Berlin.

Turcalo argued that the Gorchakov Fund is part of “an entire network of non-governmental organisations” which identify themselves as civil society groups but are linked to the Russian government and promote the same ideas around Europe.

“So what is discussed at the forums organised by the Gorchakov Fund becomes the official narrative of the entire network of NGOs and thus the influence is multiplied,” he said.

Moscow is investing in destabilization of the region, Turcalo and Edina Becirevic wrote in a report on Russian influence in Bosnia and Herzegovina published in 2020.

They noted that the Gorchakov Fund’s funding priorities are determined by the Russian Foreign Ministry and Russian business moguls, and one of its goals is to spread its ideas to younger people.

“In this way, as Russia continues to support the objectives of secessionists in Republika Srpska, it also looks to engage with a wider audience of individuals who may be sympathetic to its efforts to undermine Bosnian state sovereignty,” they warned.