The Court of Bosnia and Herzegovina acquitted five former police chiefs of charges for the Srebrenica genocide. 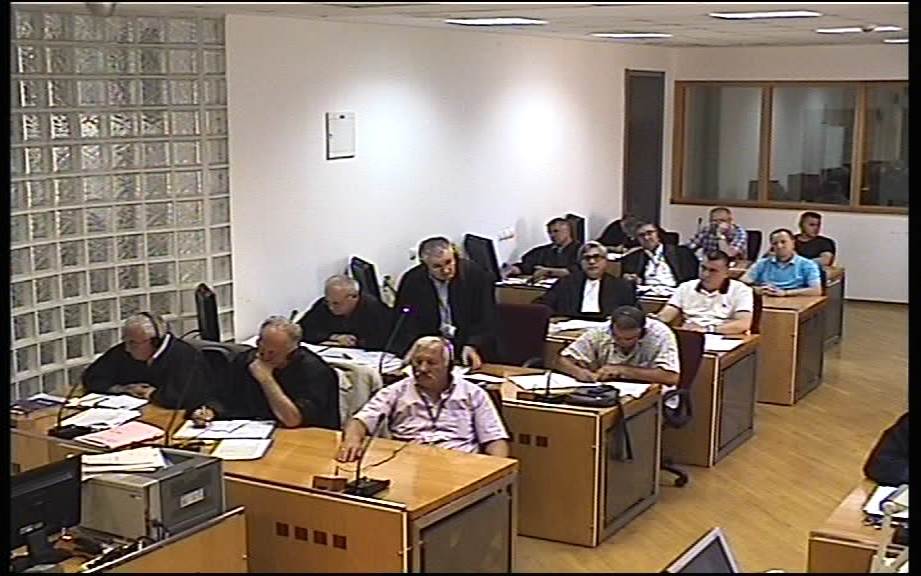 Josipovic et al. Photo: The Court of Bosnia and Herzegovina

The Court of Bosnia and Herzegovina acquitted Miodrag Josipovic, Branimir Tesic, Dragomir Vasic, Danilo Zoljic and Radomir Pantic of the charges for participation in partial extermination of the Bosniak population in Eastern Bosnia due to lack of evidence.

“The Prosecution has not proved the presence of intent by the defendants to commit extermination,” trial chamber chairwoman Minka Kreho said, adding that the presence of the police at certain locations was insufficient for a conviction.

The trial chamber chairwoman said there was no dispute that genocide was committed in Srebrenica, but after the completion of this trial, the Court was left with doubts as to the defendant’s responsibility.

According to Kreho, the Prosecution did not present a single piece of evidence linking Vasic with a joint criminal enterprise.

“Merely mentioning his contacts with high-ranked officials of the civil, military and police authorities is not in itself a sufficient fact for this Chamber,” Kreho said.

She also said that no pieces of evidence had been presented to prove that Vasic was aware of the intent of the key perpetrators of the plan to forcibly remove 40,000 civilians from Potocari and execute 8,000 men.

Kreho said that the Prosecution attempted to prove the defendant’s awareness through his presence in meetings, but the evidence on the conclusions of those meetings was missing.

Josipovic was acquitted of charges that he issued an order and Tesic that he directly implemented the order to engage members of the Public Security Station in Bratunac in separating men in Potocari, as well as receiving and accommodating them in Bratunac.

Kreho said the Prosecution had not proved that Josipovic issued the order and selected the policemen who carried out the tasks. She said that the mere presence of a certain number of policemen was insufficient evidence.

According to the chamber’s findings, the Prosecution has not proved that Vasic, Zoljic and Pantic simultaneously commanded and supervised the police members, including the Special Police Units.

As determined by the Chamber, police members were engaged at certain locations, mostly with regards to guarding the roads. Kreho said that the First Company of the Special Police Unit was subordinated to the Bosnian Serb Army under the command of Ljubisa Borovcanin. The Hague Tribunal sentenced Borovcanin to 17 years.

The costs of the proceeding, which has lasted more than six years, will be paid from the budget. In this case two indictments were filed in 2014, but the cases were joined and the trial began in April 2015. The Prosecution examined 97 witnesses and four experts and the defense teams examined 23 witnesses during this trial.

The parties may appeal the verdict passed down today.