Kosovo police on Sunday announced the arrest of five persons suspected of planning terrorist attacks, all of whom are reportedly well known to the authorities. 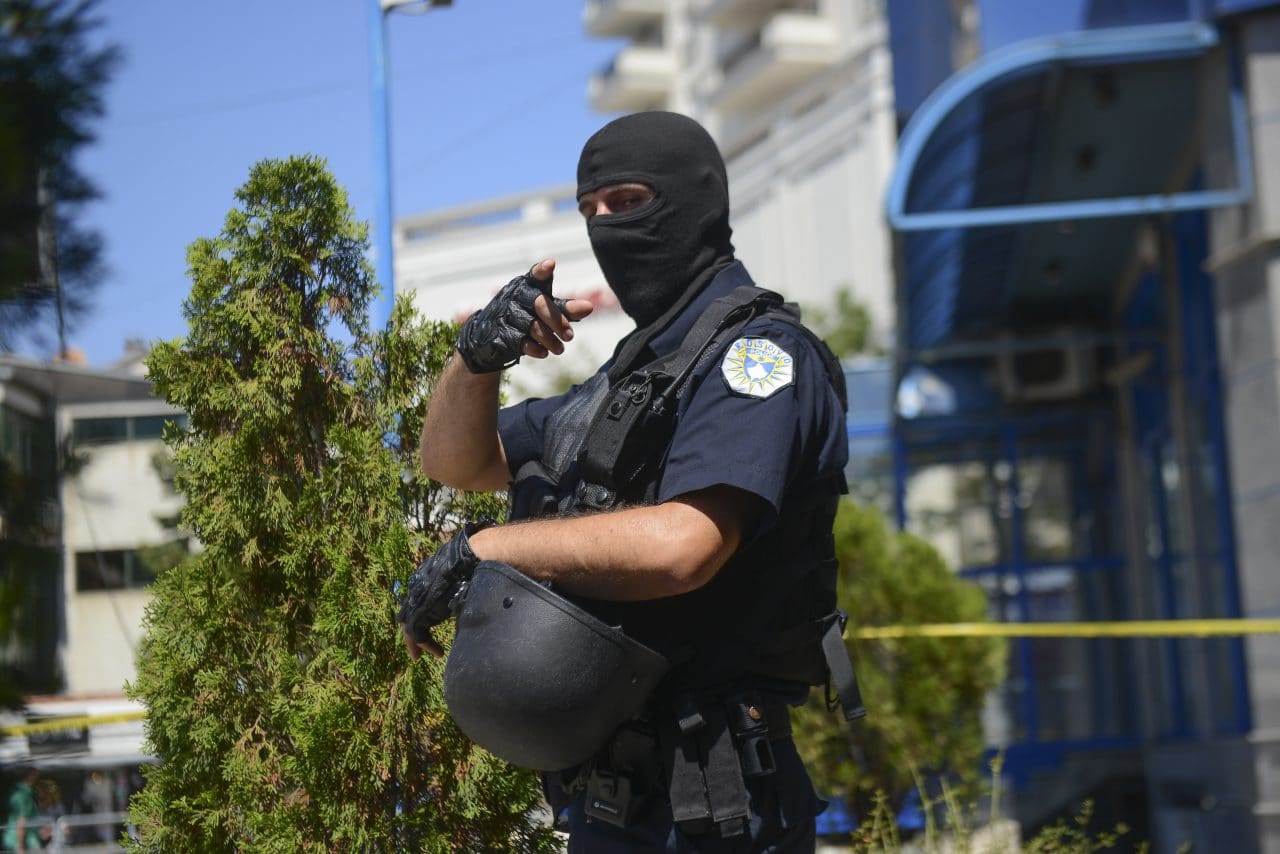 A Kosovo policeman stands guard during an operation in Pristina, Kosovo, August 12, 2014 to arrest people on suspicion of having fought with rebel groups in Syria and Iraq. Phtoto: EPA/KUSHTRIM TERNAVA

Explosive devices, fire arms, drones and anti-tank weapons were seized during the operation, which was conducted after several months of covert investigation and surveillance, the prosecution said.

“Within the due time, Special Prosecution will file a request for detention of the five suspects,” the press release added.

BIRN has learned that the five were part of a radical Islamist group, and that all of them have also been arrested before for being part of such groups.

Sources told BIRN that Ardian Gjuraj from Peje/Pec is one of the five arrested.

In February 2018, he was sentenced to one year and five months in prison for terrorism but was released after five months by the Court of Appeals.

The indictment against him specified that while living in Germany during 2014-2015, Gjuraj had become a supporter of the terrorist organization ISIS.

His own father, Kujtim Cerkini, reported Gjuraj to the police and the German authorities extradited him to Kosovo in April 2015.

According to the same indictment, in December 2015 Gjuraj was part of a group who travelled to Turkey and, after becoming separated from the group, entered Syria to join the group of Kosovo fighters within ISIS.

The indictment said Gjuraj was arrested in February 2016 by Turkish authorities when he illegally crossed the Syria-Turkey border.

More than 260 Kosovars including fighters and their family members have been repatriated from the war zones of the Middle East since 2019; many of those who were part of the fighting lost their lives on the battlefields.