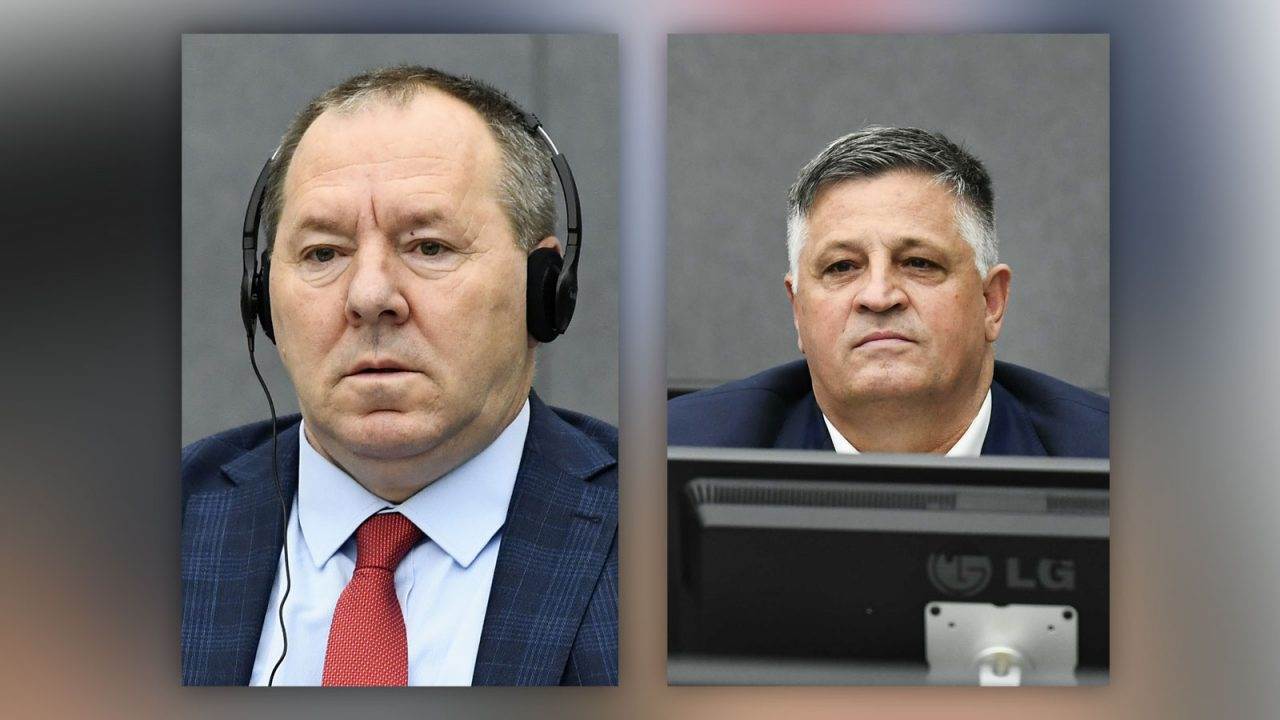 Hysni Gucati and Nasim Haradinaj went on trial at the Kosovo Specialist Chambers in The Hague on Thursday, charged with obstruction of justice and witness intimidation after they received leaked documents from war crimes case files and urged media to publish confidential information from the documents in September 2020.

The prosecution claims that it Gucati and the Kosovo Liberation Army War Veterans’ Organisation wanted to “discredit the work” of the Specialist Chambers.

In her introductory speech, prosecutor Valeria Bolici stated that on September 6, 2020, some boxes were left in the hallway of the offices of the KLA War Veterans’ Organisation in Pristina.

In the boxes were case files were the names and personal information of potential witnesses in war crimes investigations at the Kosovo Specialist Chambers.

Gucati and Haradinaj then held three press conferences at which they revealed confidential information from the files and identified “details of certain (potential) witnesses”, the prosecution alleges.

The prosecution showed the court a video interview in which Hysni Gucati is heard saying that “it is my pleasure to stop the work of that court”.

Also in the video, Gucati is heard saying: “These files reveal that the court is based on the data of criminals, bloodsuckers, idiots or spies, because in this world it is never possible for someone to protect a spy after he has used him.”

In another video interview that was shown in court, Haradinaj is heard saying that “we can dissolve that court in five minutes”.

Haradinaj also said in the video that he was ready to serve five years in prison for publishing the confidential files.

However, no media outlet in Kosovo published any of the leaked documents.

Gucati and Haradinaj were then arrested and put in detention in The Hague while awaiting trial. They have both pleaded not guilty.

The Kosovo Specialist Chambers were set up, under pressure from Kosovo’s Western allies, to try crimes allegedly committed during and just after the Kosovo war from 1998 to 2000. They are part of Kosovo’s judicial system but located in the Netherlands and staffed by internationals.

Witness protection has been a key concern for the Specialist Chambers after incidents of witness-tampering at previous trials of KLA commanders.

The so-called ‘Special Court’ is widely resented by Kosovo Albanians who see it as an insult to the KLA’s war for liberation from Serbian rule.