The recent repatriation of families of ISIS fighters to Kosovo, Albania and North Macedonia poses a tough challenge to all three countries to rehabilitate them back into society.

On July 18, North Macedonia announced that it had repatriated 23 of its citizens who had spent the last few years on the battlefields in Syria and Iraq and been one-time members of Islamic State, ISIS.

Four of the 23 were wanted for terrorism and face trial. Of the rest, five are women and 14 are children.

In a similar manner, in mid-July, neighbouring Kosovo announced that it had repatriated 11 of its citizens from Syria, saying only that the 11 included one woman and her children.

On August 1, Albania repatriated 19 people from the Al-Hol camp in Syria, 14 of whom were children and five women.

While some EU countries have refused to accept back citizens who have been part of ISIS, these three Balkan countries have devised reintegration strategies, and say they expect more such returnees.

But the road from having a strategy to the successful deradicalisation and social integration of former members of terrorist organisations like ISIS is a long one, experts told BIRN.

Despite the potential security threat posed by their return, which all three countries say they are taking seriously, experts warn that these people cannot be reintegrated only by the political centre; the local communities where they live must play an even greater role.

Children most need trauma counselling, and parents need both psychological counselling and monitoring, as well as help to find jobs and a new purpose once they come home. 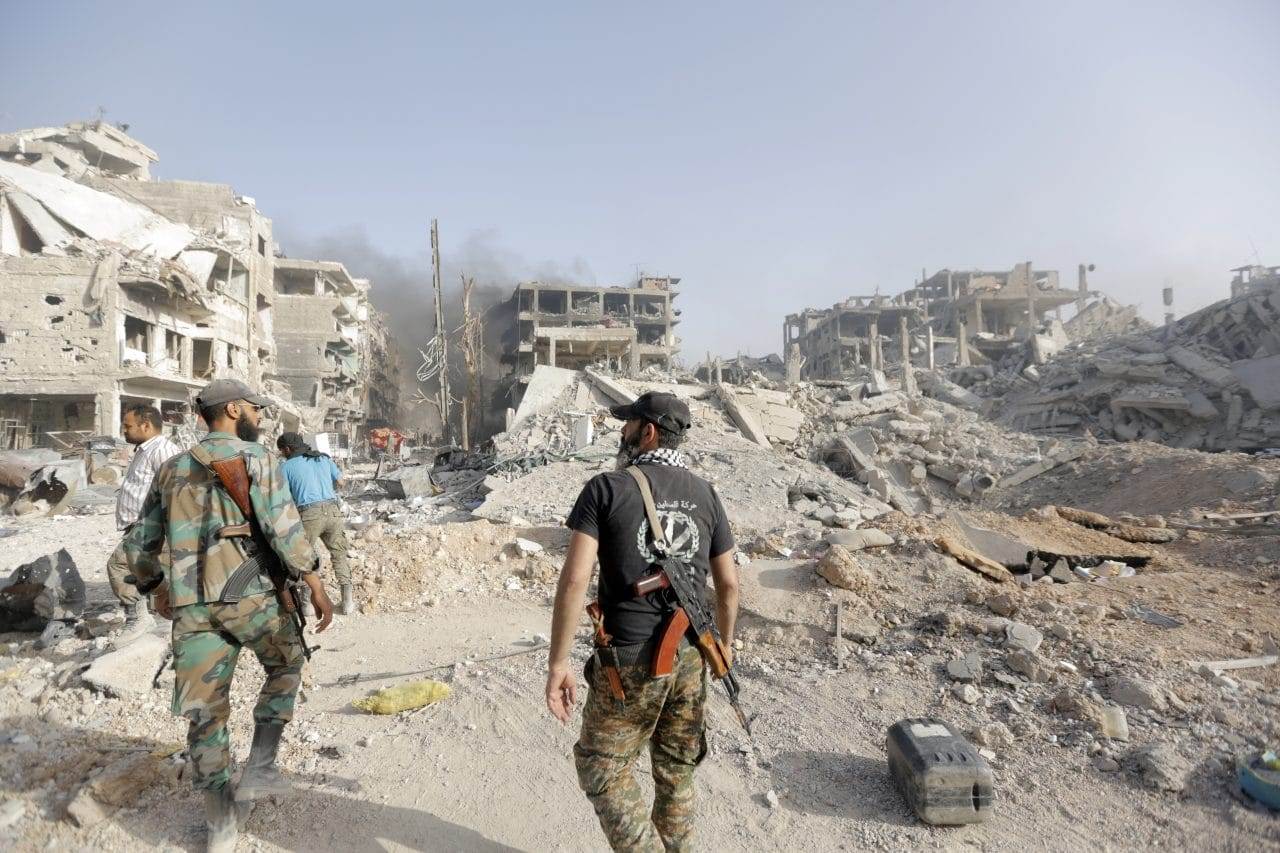 The three countries say they are already conducting inquiries and carrying out security checks on the returnees who have been placed in specialised centres for now.

Some, like the four wanted men in North Macedonia, have been placed in detention as investigators work on collecting evidence for possible prosecution, North Macedonia’s Interior Ministry said.

The women returnees are also being checked for possible involvement in incriminating or terrorist activities.

The head of Albania’s Special Prosecution Against Corruption and Organised Crime, SPAK, Arben Kraja, told BIRN that the women returned to Albania will be interrogated as part of an ongoing investigation.

“We have an open investigation into the fighters who went to Syria and, as part of that investigation, they [returnee women] will be questioned,” he said.

Kosovo’s Interior Minister, Xhelal Svecla, was equally adamant that returnees won’t get a free pass. “Those who have committed crimes, here or abroad, will be prosecuted,” he said.

Otherwise, the Kosovo government has said that it “is helping them to return to their families so that they can reintegrate into their districts”.

BIRN contacted the Kosovo prosecution on ongoing or potential terrorism charges against Middle East returnees but did not receive a response by time of publication.

None of the three countries knows the exact number of its citizens that are still stuck in camps in Syria or elsewhere, and may be repatriated.

So far, over 80 persons who participated in the fighting in Iraq and Syria have returned to North Macedonia on their own.

Albania, which has repatriated 24 citizens from Middle Eastern battlefields, believes some 30 of its citizens remain in Syria.

Besides 11 returnees in July 2021, Kosovo has already repatriated over 250 citizens from the conflict zones in Syria. 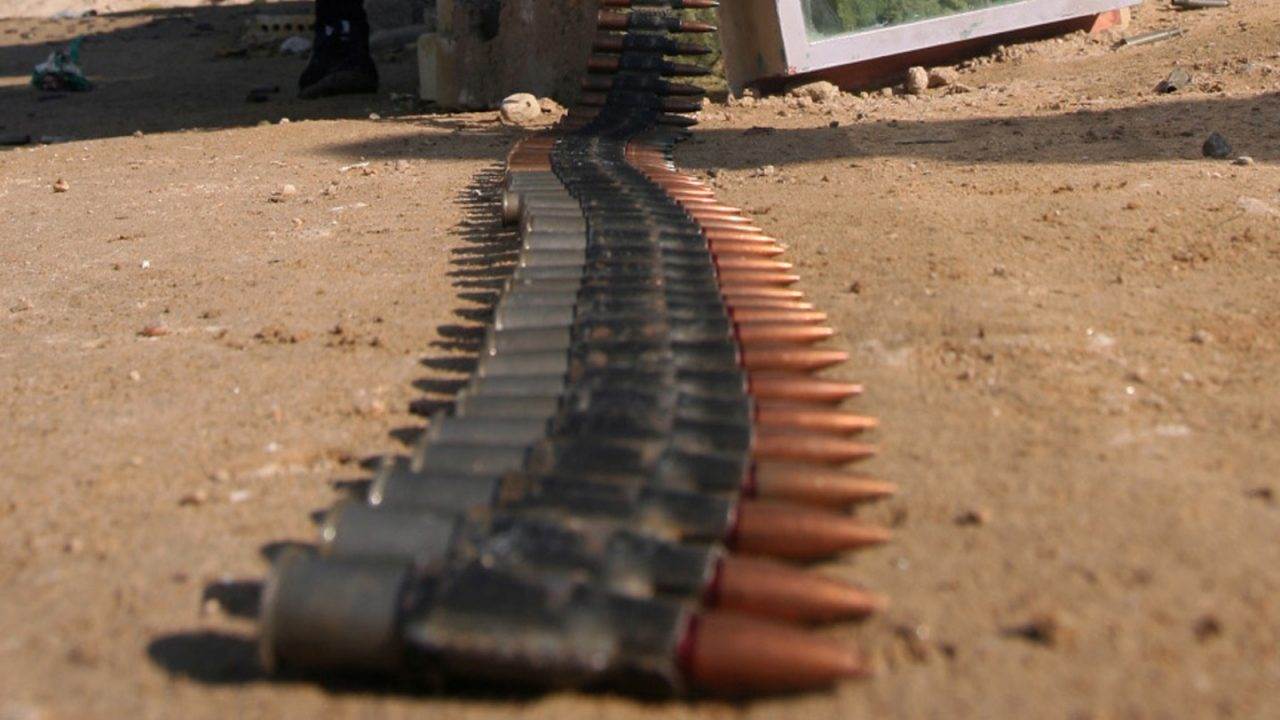 Both medical and psychological help are offered

All three countries are keeping the recent returnees in special facilities for now. Only Albania has disclosed the whereabouts of its holding facility, in the port city of Durres.

The authorities say that in parallel with checking their security risk, they are providing medical and psychological help to the returnees.

The coordinator of North Macedonia’s National Committee for Prevention of Violent Extremism and Fight Against Terrorism, Borce Petrevski, told BIRN: “From our initial information, some of the returnees need both. Some are exhausted from staying at various camps in Syria. Others, especially the children, are traumatised by what they have seen and experienced there, so we must make sure that their return home is not yet another trauma for them.”

His committee is a government body that coordinates the efforts of 22 different institutions in tackling the problem.

“That’s why we have trained social workers, psychologists and other experts who have immediately started working with them, evaluating their condition and trying to offer support,” Petrevski added.

But although governments say they will ensure the utmost possible privacy for returnees, who risk being stigmatised on their return home, Albania’s Prime Minister, Edi Rama, already made a blunder in this field.

On the arrival of returnees at Tirana airport, pictures of him were posted on Facebook welcoming them back – and showing the faces of some of their children. 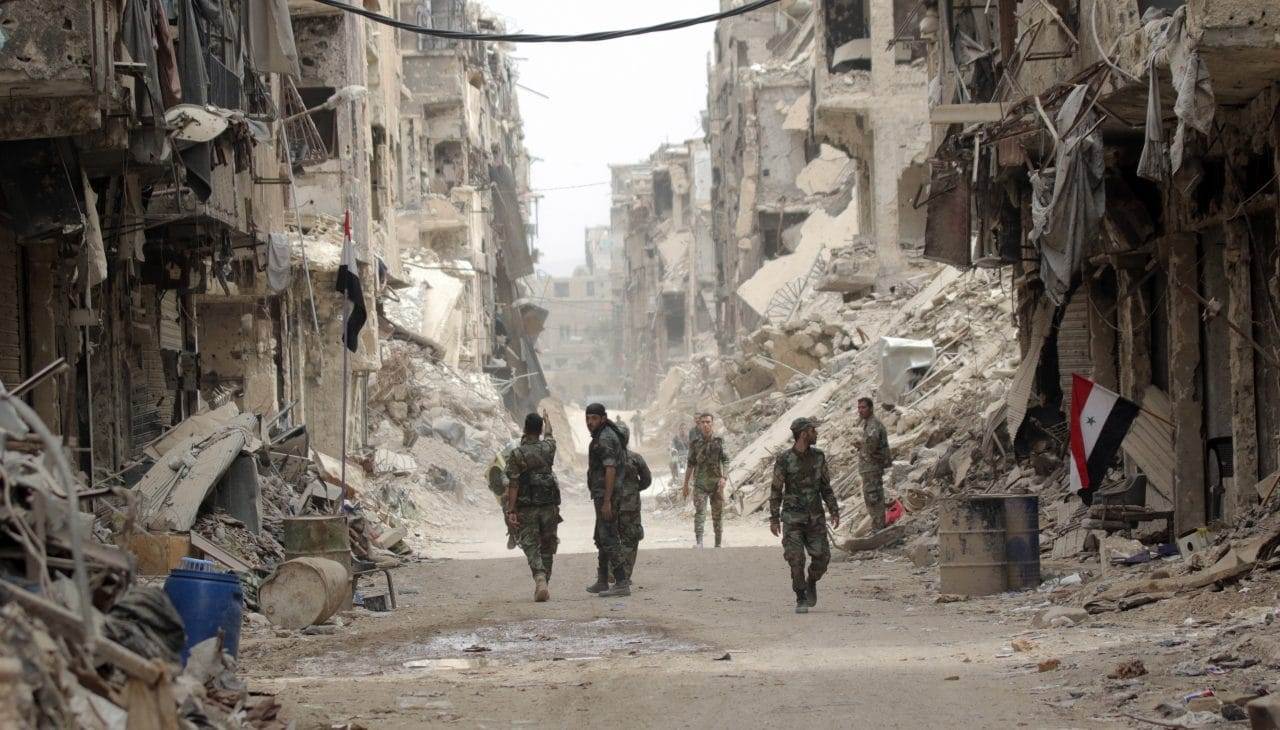 Action plans in place, but the true test will follow

During 2019 and 2020, the three countries drew up fresh so-called action plans to deal with the problem of returnees.

Praised last year by the US State Department, these envisage combining a long-term effort by both the security services and the social services to both keep an eye on the risk the returnees pose while also deradicalising them and helping them reintegrate.

The real test for these plans, however, begins when these people are released from state holding facilities and return to their local environments.

On their arrival in Tirana, Albania’s PM Rama was asked about the steps that state institutions will take to reintegrate the women and children into society once they are released.

“Keep in mind that we are talking about women and children, so this makes the job easy from the point of view of security, while from the psychological and social point of view it will definitely take time and care, but we are prepared, as we have done this for others before,” Rama said.

Kosovo has some experience with this task.

Luljeta Berisha Gollopeni, project manager at Kosovo’s Centre for the Rehabilitation of Torture Victims, KRCT, an NGO, told BIRN that its project supports the re-integration and rehabilitation of children who have returned from conflict zones in Syria and are now back in the school system.

Among other things, the NGO trains mental health professionals to deal with such children. They are now training school psychologists and family doctors and nurses, who are usually the families’ first point of contact on returning to Kosovo.

The plan is that these trained school psychologists will pass on the knowledge they gain to teachers.

Berisha Gollopeni said KRCT plans to discuss with the US embassy and Kosovo’s Interior Ministry allowing them to also start treating the recently returned children.

“Although we are talking about families … we must be aware that the needs of each family member are varied when we talk about their reintegration into society,” Berisha Gollopeni noted.

Children need a “trauma-informing approach from everyone surrounding them, to ensure they are not re-traumatized and feel supported and wanted within society”, she explained.

The efforts with the parents need to focus on helping them obtain economic independence.

“These families, whether children or their parents, face a stigma imposed by society, so it is not easy to intervene until prejudices against them are alleviated in the community,” she warned.

But a 2020 study by the Kosovo Center for Security Studies, KCSS, a think tank, warned that the past action plan for 2015-2020 had not been implemented in full.

Some of the main shortcomings it mentioned were that most people designated to deal with this issue were neither qualified nor experienced and that some municipalities or schools have no trained psychologists or social workers that can deal with returnees and offer real help. 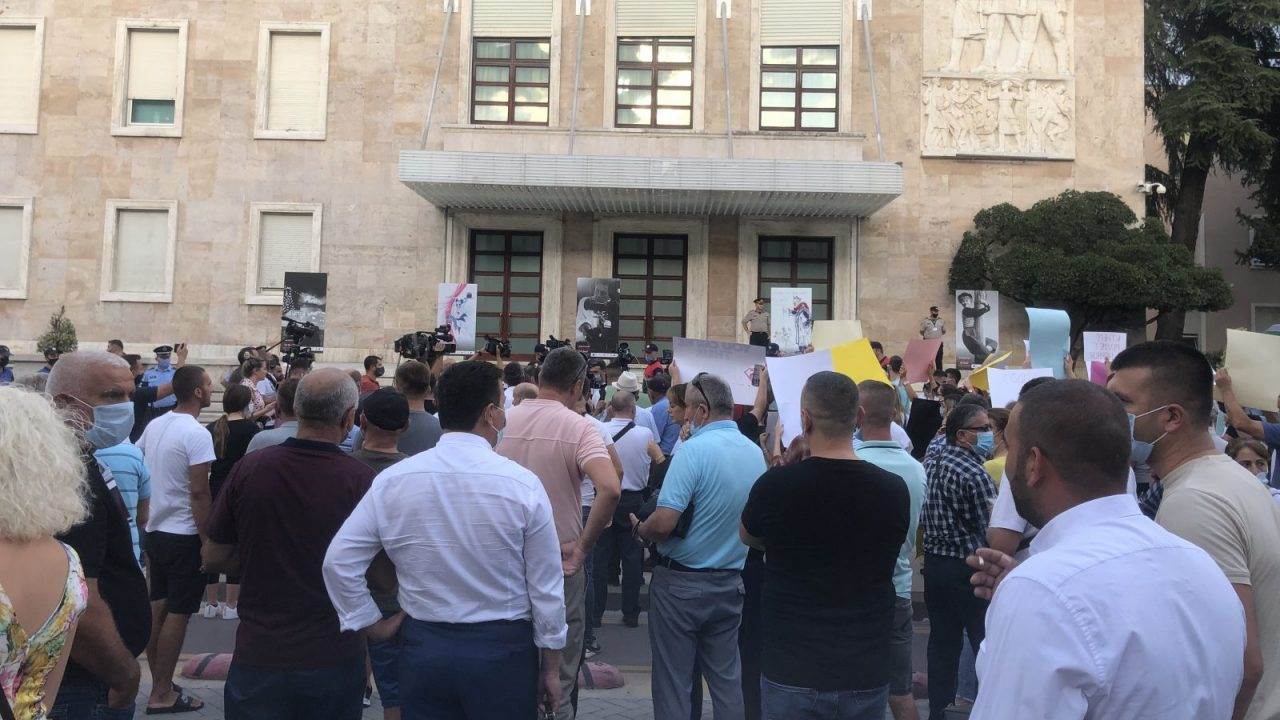 However, almost all of these activities are planned to be funded by donations and conducted by civil society, not through the budget lines of central and local institutions.

Activities like vocational training, grant support, resocialization, support of interfaith dialogue and capacity building of mental health professionals and psychologists in schools and social work centres are all supposed to be funded by donors.

In North Macedonia, local experts have been expressing similar concerns about capacities and coordination between institutions.

Last year the country also adopted a fresh action plan, and now hopes are that things will improve.

North Macedonia’s Petrevski said that his committee is coordinating “with social workers, security forces, local municipalities, religious communities, schools and others, and they will all have to take part in this long and complicated resocialisation effort”.

While the action plans and strategies envisage the involvement of both central and local institutions, experts say the local authorities are likely least prepared to take the weight, which might become an Achilles’ Heel for the entire campaign.

Berisha Gollopeni’s organisation in Kosovo has been collaborating with the ministries of Health and Education, as well as with NGOs and the municipalities where the returnees live, or are expected to live in future.

But she said coordination with all these institutions had been hard and that more needs to be done to profile the exact role of each of them.

Afrodita Musliu, head of North Macedonia’s NEXUS-Civil Concept, an NGO, and coordinator of a study that tackles the problem of rehabilitation, resocialisation and reintegration of returnees, which was published in 2020, warns that the results may be meagre if local authorities and organisations like schools and religious communities fail to realize that they must play a key role.

“Our analysis showed disappointing results, when we talked directly to the institutions, to the municipalities,” she said.

“They don’t see the problem as their own. They think that this is a matter that should be solved at a national level and not on the local one. But his is not true, because for any rehabilitation program to be successful, it needs to operate on the local level,” Musliu added.

She said that whether children and mothers are in question, or persons about to start jail sentences, they will all return to their local communities in the end, which is where they will need acceptance the most.

Musliu also warns that countries will make a mistake if they think resocialisation only starts after convicted felons finish their prison sentences.

“Resocialisation must start immediately, even behind bars,” she said.  “Prison guards and other personnel there must be trained to deal with these people, and even separate wards must be considered to house those inmates.” 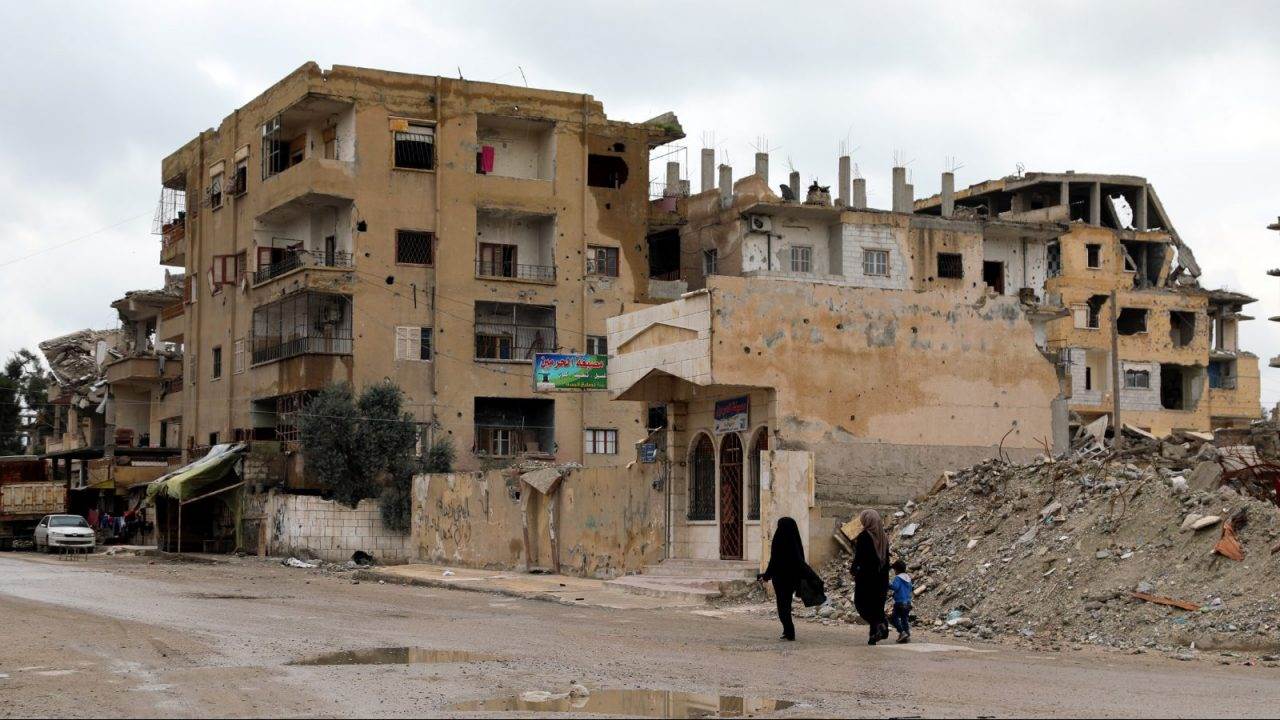 Security threat remains all too real

The threat of radicalisation, meanwhile, remains real in the region, as some recent cases in North Macedonia show.

In September 2020, authorities there arrested three alleged ISIS sympathisers and returnees from Middle Eastern conflict zones and seized a cache of explosives and weapons that they are suspected of having planned to use for attacks.

In November that year, North Macedonia was further shaken by the revelation that one of the Vienna terrorist attackers was a citizen of North Macedonia.

In the last EU Terrorism Situation and Trend Report (TE-SAT) the EU police mission, EUROPOL noted that during 2020 terrorist organisations tried to use the global COVID pandemic to spread hate propaganda, mostly on the internet.

In its analysis, EUROPOL notes that although there were no terrorist attacks in the Western Balkans that year, events in the region created potential threats that could affect the EU’s overall terrorist situation.

“In particular, there are still concerns about the possibility of militants, including returnees from conflict zones, using roads passing through the region,” it stated.

The report also noted that Kosovo arrested three people for terrorism in 2020 while 21 returnees were released from prison after serving their sentences.

Albania reported nine terrorism-related investigations against 14 people during 2020, the report stated. The suspects did not form a group, but included returnees, radicalized prisoners and jihadists, it added.