An organisation representing Croatia’s Serb minority reported that far-right activists are protesting against an event commemorating the anniversary of an anti-fascist uprising in the village of Srb in 1941. 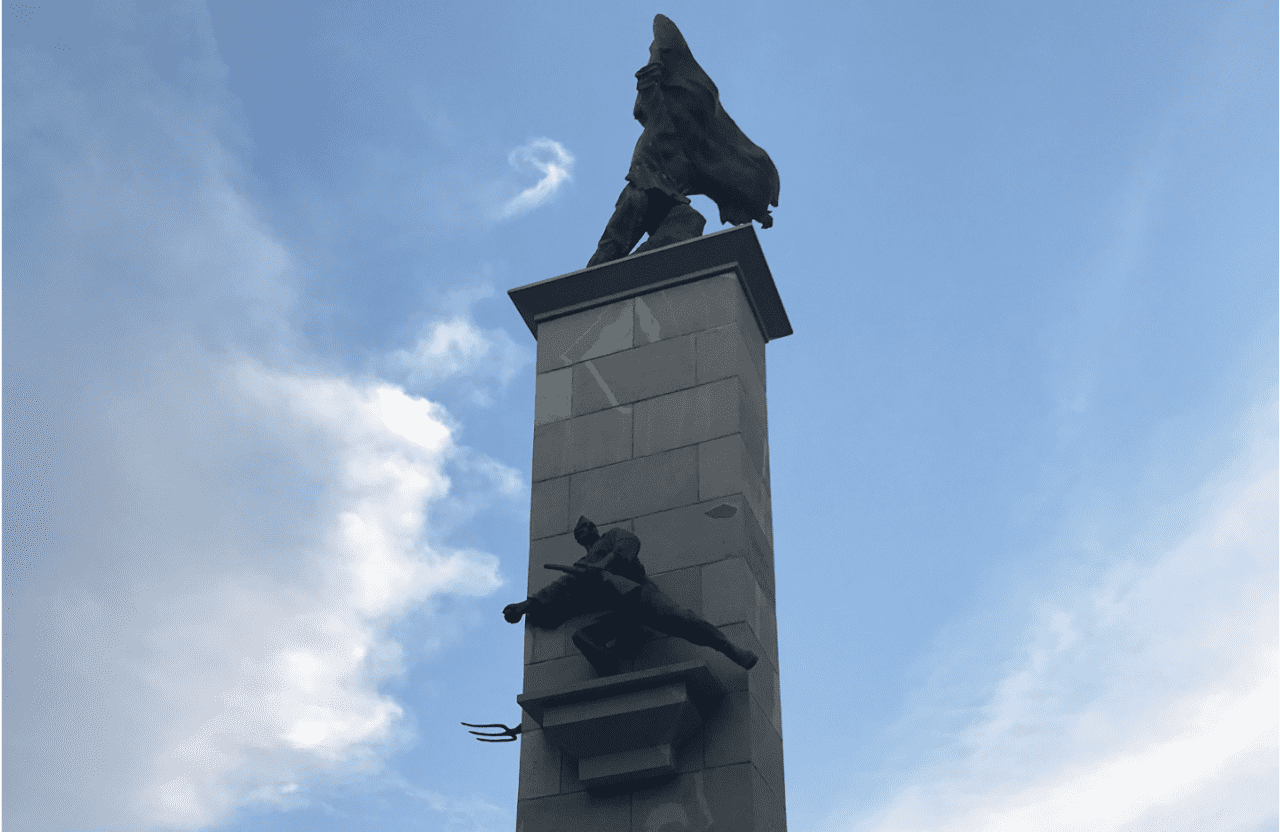 Monument in Srb dedicated to the anti-fascist uprising. Photo: BIRN.

The Serbian National Council, which represents Croatia’s Serb minority, said on Monday that activists from the far-right Autochthonous Croatian Party of Rights, A-HSP have parked a caravan in the village of Srb decorated with symbols of the World War II fascist Ustasa movement ahead of the annual commemoration of an anti-fascist uprising in 1941.

Sasa Milosevic, secretary-general of the Serbian National Council, told a press conference that A-HSP president Drazen Keleminec and a few other men are involved.

“He [Keleminec] organises protests every year on the eve of the anniversary. He obstructs our events in Srb, and [in Zagreb] he burned the front page of [Serb ethnic minority newspaper] Novosti,” Milosevic said.

“If and when the police act, they tolerate and play down his actions,” he claimed.

During the 1941 uprising, the local population in Srb, the majority of them Croatian and Bosnian Serbs, rebelled against the regime after numerous crimes against Serbs were committed by fascist Ustasa units in the region.

The Serbian National Council will hold a commemoration on Tuesday in front of the monument dedicated to the uprising on its 80th anniversary.

The A-HSP opposes the commemoration because it says that crimes were committed by anti-fascists against local Croats during the uprising.

In previous years, the far-right party has also held protests during the commemoration, claiming that it is a Serb nationalist Chetnik event and should be stopped.

The A-HSP has said in a YouTube video that its activists will stay in the village from July 22 to August 1 to oppose the “glorification of the Chetniks”.

Lawmaker and Serbian National Council leader Milorad Pupovac said it is “time to stop intimidating Srb residents and all those who come to Srb”.

“It is time for these people to gather unhindered, without fear – which in civilised countries, anyone can do,” he urged.

Pupovac said that the problem of fascist Ustasa insignia being displayed publicly had deep roots in Croatia.

“We need to finally find the strength to say… what its status is in this society. That is one of the reasons why we are gathering,” he concluded.

July 27 was celebrated as the Day of the Uprising of the Croatian People until the 1990s, when it was replaced by the Day of the Anti-Fascist Struggle on June 22, commemorating the anniversary of the establishment of one of the first anti-fascist units of World War II.