A report by a commission funded by the government of Bosnia’s Serb-dominated Republika Srpska entity claims that thousands of Bosniaks from Srebrenica who were killed in July 1995 were active soldiers, not civilians. 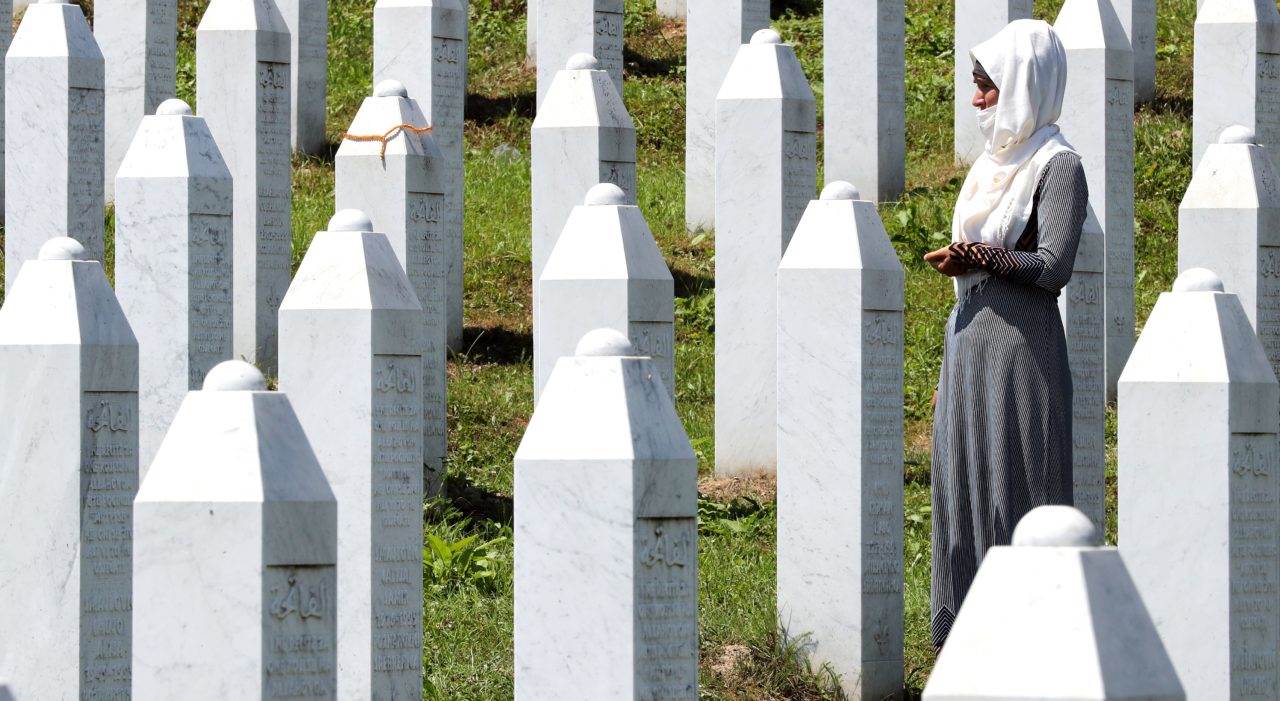 The Srebrenica Memorial Centre, where victims of the massacres are buried. Photo: EPA-EFE/FEHIM DEMIR

A report published on Wednesday by the Independent International Commission of Inquiry on the Sufferings of All Peoples in the Srebrenica Region between 1992 and 1995, which was set up by the government of Bosnia’s Serb-dominated Republika Srpska, seeks to cast doubt on whether thousands of Bosniaks who were murdered by Bosnian Serb forces in July 1995 were innocent civilians.

The report also accuses the UN’s International Criminal Tribunal for the Former Yugoslavia of staging politically-biased trials of Bosnian Serb political and military leaders, and of wrongly classifying the Srebrenica massacres as genocide.

The report says that its findings show that after Srebrenica fell to Bosnian Serb forces, the Bosniak-led Army of Bosnia and Herzegovina’s 28th Division “formed a military column of more than 12,000 army members” and broke through Serb lines, heading for Bosniak-controlled territory.

“Attacks on this column [by the Bosnian Serb Army], which caused the death of approximately 4-5 thousand members of the ARBiH 28th Division, can be considered legitimate military actions,” it says.

The Hague Tribunal found that more than 7,000 Bosniak men and boys were systematically killed by Bosnian Serb forces in a series of massacres after the fall of Srebrenica.

The commission’s report accepts that several thousand Bosniaks were executed “in the most horrific way” and that “those responsible for these heinous crimes should be punished”.

But it insists that the victims included “2,500-3,000 military prisoners” and only “several hundred male civilians”.

The report says that the commission “does not have any doubts about the criminal nature of these killings”, and describes them as a war crime.

But it adds: “It cannot be found, however, that these murders were committed with any other intention than to eliminate a military threat.”

The report suggests that the mass killings of Bosniaks could be seen as a “horrific consequence” of their refusal to surrender to Bosnian Serb forces.

It says that “the perpetrators’ motives for killing these able-bodied men, such as the attempt to eliminate the military threat” against Serbs were not taken into account by the Hague Tribunal when determining whether or not the massacres constituted genocide.

“The most glaring example of a ‘political’ trial was also one with the highest profile, that of Radovan Karadzic,” the report said.

“The court and prosecutors spent a great deal of time describing awful scenes, especially in connection with Srebrenica, but producing very little evidence purporting to connect Karadzic to the events being described. The prosecution and the defense both produced witnesses, but only the prosecution witnesses were believed,” it adds.

Karadzic, the wartime president of Republika Srpska, was jailed for life by the Hague Tribunal for genocide and other crimes.

The Independent International Commission of Inquiry on the Sufferings of All Peoples in the Srebrenica Region between 1992 and 1995 was chaired by Israeli historian Gideon Greif.

It was one of two commissions set up on the initiative of the Republika Srpska National Assembly and the entity’s then-president, Milorad Dodik, who is now a member of the tripartite Bosnian state presidency. The other commission issued a controversial report in April arguing that Serbs were subjected to ethnic cleansing in Sarajevo during the war and that crimes against them have been ignored.

Lawyers and experts in transitional justice have criticised the commissions as an attempt to revise history to whitewash crimes.

Thirty-one international experts in conflicts in the former Yugoslavia signed an open letter in February 2019, saying that the establishment of the commissions by the Republika Srpska government “looks more like revisionism than a genuine effort to determine the truth”.