Acting on the PM's proposal, parliament on Thursday sacked Minister of Justice Vladimir Leposavic for remarks casting doubt on the Srebrenica genocide, while also adopting a resolution prohibiting public denial of the genocide. 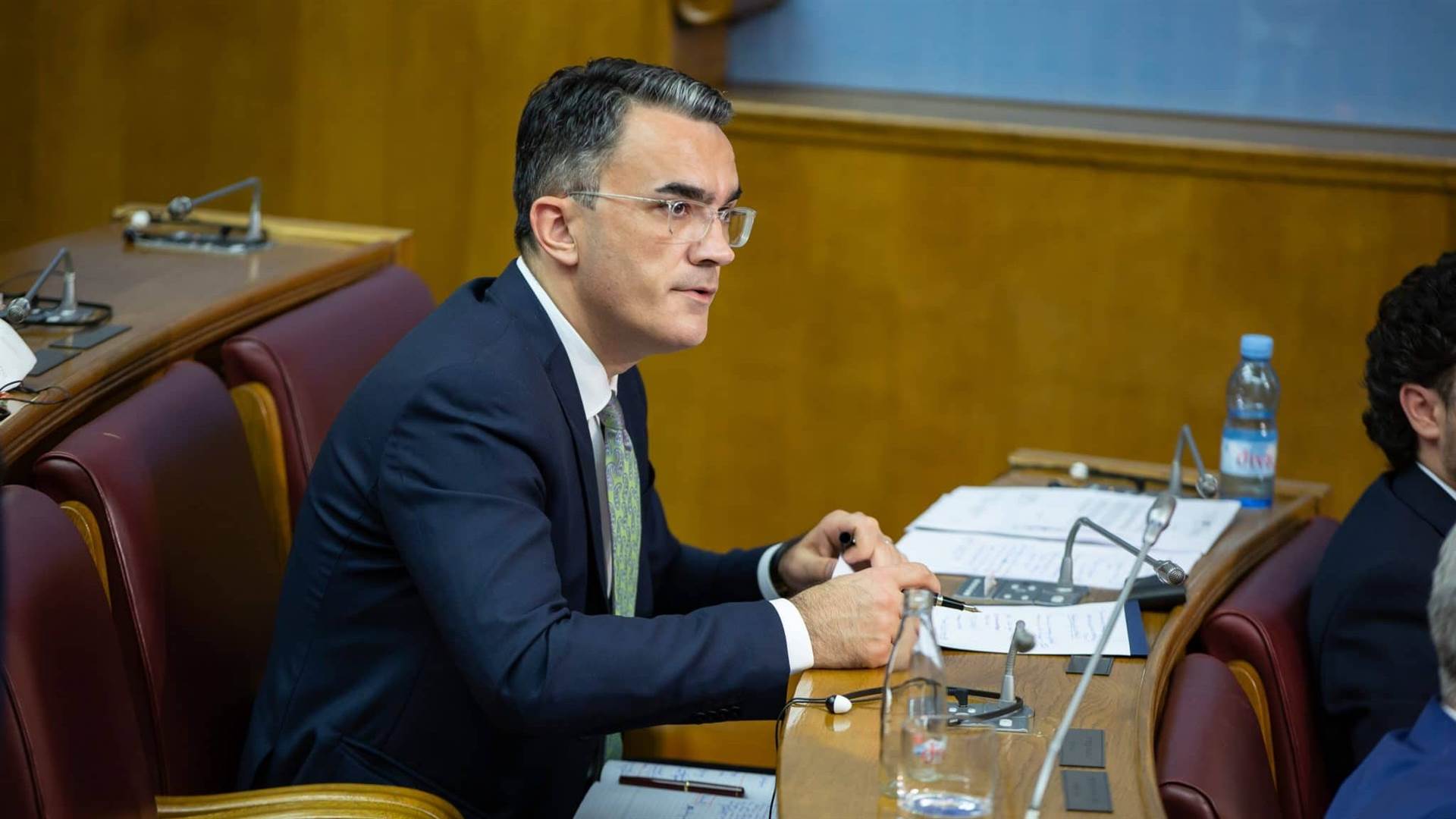 Montenegro’s parliament on Thursday dismissed Minister of Justice, Human and Minority Rights Vladimir Leposavic after he expressed doubts about the rulings of the Hague tribunal classifying the 1995 Srebrenica massacre by Bosnian Serb forces as genocide.

His dismissal was supported by the votes of 43 opposition MPs and ruling Black on White coalition MPs. The other two ruling majority blocs, For the Future of Montenegro and Peace is Our Nation, did not support his dismissal.

Leposavic told parliament he was sorry if any of his remarks had hurt and divided people.

“I call on all citizens, especially Christians and Muslims, to cooperate, talk and respect the crimes committed against their nation. In the earlier statement, I said that I was sorry that my clumsy answer hurt people,” Leposavic said on Wednesday. “I will pay the price but the government will survive,” he added.

On April 5, Prime Minister Zdravko Krivokapic proposed Leposavic’s sacking, claiming he had showed no respect for international court rulings and the government’s own politics.

The pro-Serbian politician had argued on March 29 that the UN war crimes tribunal in The Hague, which classified the 1995 massacres of Bosniaks from Srebrenica as genocide, had no legitimacy.

He said this was because it had destroyed evidence about the alleged trafficking of the organs of Serb civilians in Kosovo. The minister later insisted he was not denying the Srebrenica genocide but expressing his position on the Hague court in general.

During the parliamentary session, Krivokapic said Montenegro needed to decide whether it will be a European and democratic country or constantly feel the consequences of the conflicts of the 1990s.

The pro-Serbian Democratic Front, meanwhile, warned that the minister’s dismissal would endanger the future of the coalition government.

“Krvokapic will no longer be Prime Minister after the opposition Democratic Party of Socialists, DPS, helped him to sack a minister,” one of the DF leaders, Milan Knezevic, told parliament.

On Thursday, parliament also adopted a resolution on recognizing the Srebrenica genocide, proposed by the opposition parties. The resolution backed by 55 MPs from the opposition and from two ruling blocs, Peace is Our Nation and Black on White, prohibits public denial of the Srebrenica genocide and calls on the state institutions to investigate and prosecute war crimes.

The largest bloc in the ruling majority, For the Future of Montenegro, voted against the resolution, calling it a provocation against the country’s Serbs.

Another bloc in the ruling majority, Peace is Our Nation, voted for the resolution after the adoption of its amendments which called for condemnation of all war crimes committed in former Yugoslavia but rejected any attempts to attribute most responsibility for such crimes to Serbs, Bosniaks or Croats.

In 2009, the Montenegrin parliament adopted a declaration accepting a European Parliament resolution on Srebrenica, which adopted July 11 as a day of remembrance in Montenegro for the victims of the 1995 massacres.

However, although the declaration condemned the crimes, as well as other crimes committed during the conflicts in the former Yugoslavia, the word genocide wasn’t mentioned.