After the latest in a decade-long series of unsuccessful attempts to pass a law banning the denial of the Srebrenica genocide, Bosnia and Herzegovina’s top international official could take action to impose legislation from above.

At a session last week of the Bosnian parliament’s House of Peoples, Serb and Croat lawmakers voted against changes to the country’s criminal code to prohibit the denial of facts about the Srebrenica genocide.

It was the latest in a series of failed attempts over more than a decade to adopt legal changes or a new law to outlaw denial of the 1995 genocide of Bosniaks from Srebrenica.

Despite repeated calls for a ban from High Representative Valentin Inzko, the international official who monitors the implementation of the peace accords that ended the Bosnian war, the proposals have never received enough votes to pass.

Zlatko Miletic, who was one of the two lawmakers behind the proposal that was defeated in the House of Peoples on April 8, said it was high time that legislation is adopted for the sake of the victims – “to at least leave the dead in peace”.

Denis Becirovic, the other lawmaker behind the proposal, said that because deputies from the main Bosnian Serb and Croat parties, the Alliance of Independent Social Democrats, SNSD, and the Croatian Democratic Union, HDZ, did not back the changes, it is now time for Inzko to step in and impose a solution.

“It is obvious that they have now completely paved the way for the international community and the High Representative to impose such a law,” Becirovic argued.

Organisations representing victims of the Srebrenica genocide have also called on High Representative Inzko to impose a law, which he could do under his so-called ‘Bonn powers’, which are intended to allow him to over-ride nationalist politicians’ obstruction of legislation vital to maintaining the peace.

The last time that Inzko imposed a law in Bosnia was 11 years ago, but advocates of a ban on genocide denial believe that there is no other way to get the legislation adopted.

However, the Bosnian Serbs oppose the ‘Bonn powers’ and would be infuriated if Inzko used them to bring in a law to ban denial of a crime that they do not accept constituted genocide.

‘A matter of political will’ 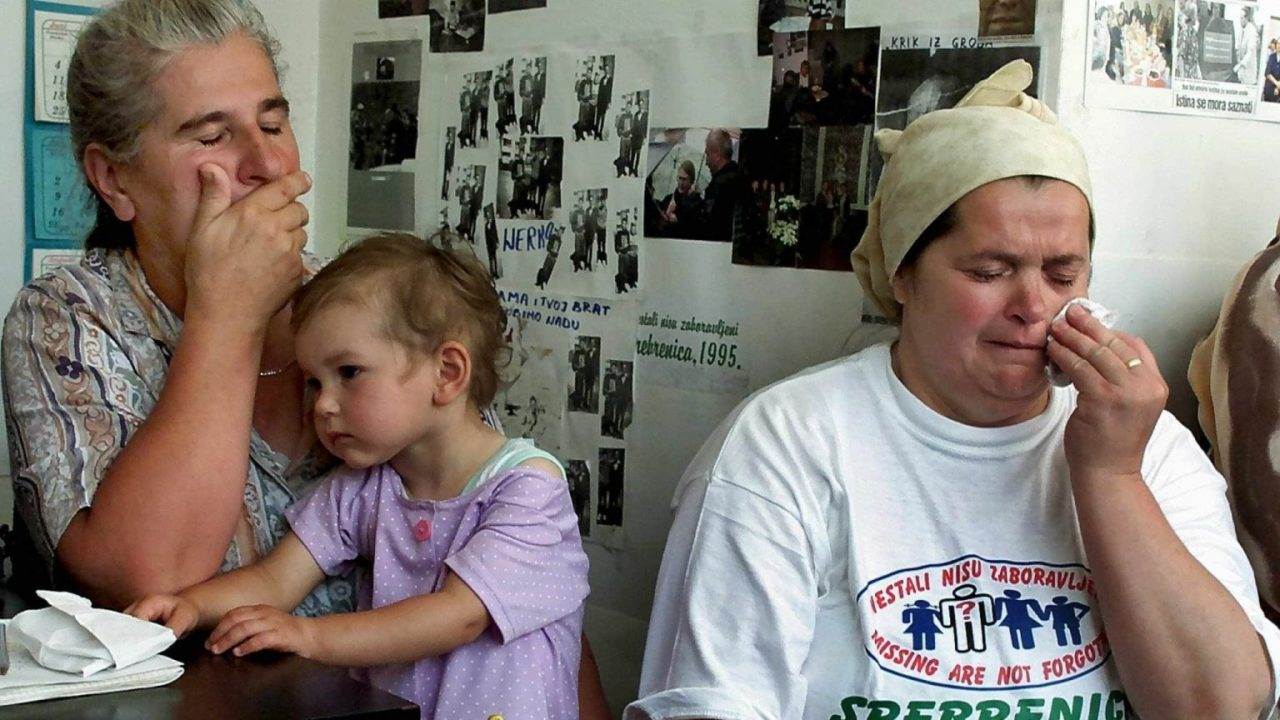 The first initiative to change Bosnia and Herzegovina’s criminal code to prohibit the denial, justification or glorification of genocide, the Holocaust and war crimes was launched in 2009.

But Lejla Gacanica, a researcher and author of a pamphlet entitled ‘Calling War Atrocities by their Right Name’, argued that this was too soon after the war and that society and the state were not “mature” enough to deal with it. Nor had final verdicts been handed down in some of the major Srebrenica-related trial in The Hague.

“However, by that time we had already realised that getting the legislation was not a matter of the maturity of the state and of society, but exclusively a matter of political will,” Gacanica said.

At the House of Peoples session on April 8, six members voted for the changes to the law, while seven voted against and there was one abstention. The vote divided along ethnic lines, with Serbs and Croats opposing Becirovic and Miletic’s initiative and Bosniaks backing it.

Marina Pendes of the Croat HDZ party, who voted against the changes, claimed that Becirovic was using the legislation for his own political purposes and that it was “nothing to do with genocide denial. That is a plain lie,” she said.

Miletic tried to counter the criticism by saying that the changes would only introduce three new articles to the criminal code.

One would define what is meant by hatred; the second would provide for sentences ranging from six months to five years’ imprisonment for those who publicly deny or justify genocide, crimes against humanity or war crimes as established by the International Court of Justice, the International Criminal Tribunal for the Former Yugoslavia or a domestic court; while the third would prohibit the glorification of war criminals.

The proposed changes would also provide for sentences ranging from six months to five years’ imprisonment for granting awards and privileges to convicted war criminals or naming streets and other public places after war criminals. The changes would also allow for those who abuse their office or powers to commit these criminal offences to be sentenced to between one and ten years in prison.

“These are not big changes to the law, they are minimal,” Miletic insisted.

Munira Subasic, president of the Mothers of Srebrenica and Zepa Enclaves association, which represents war victims, said the House of Peoples’ decision came as a surprise, particularly as HDZ president Dragan Covic, who was among the lawmakers who voted against the changes, actually helped her organisation build the Srebrenica memorial park.

“He was the finance minister, he exempted us from paying taxes and donated 5,000 Bosnian marks [around 2,500 euros], helped us conduct an opinion poll on building the cemetery in Potocari [near Srebrenica], instead of [further away] in Kladanj, where our government planned to put it,” Subasic said.

She argued that by failing to adopt the law, politicians “are still sending a message that there is no reconciliation, there is no humanity”.

BIRN was unable to get Covic to comment on his vote on the proposed changes. 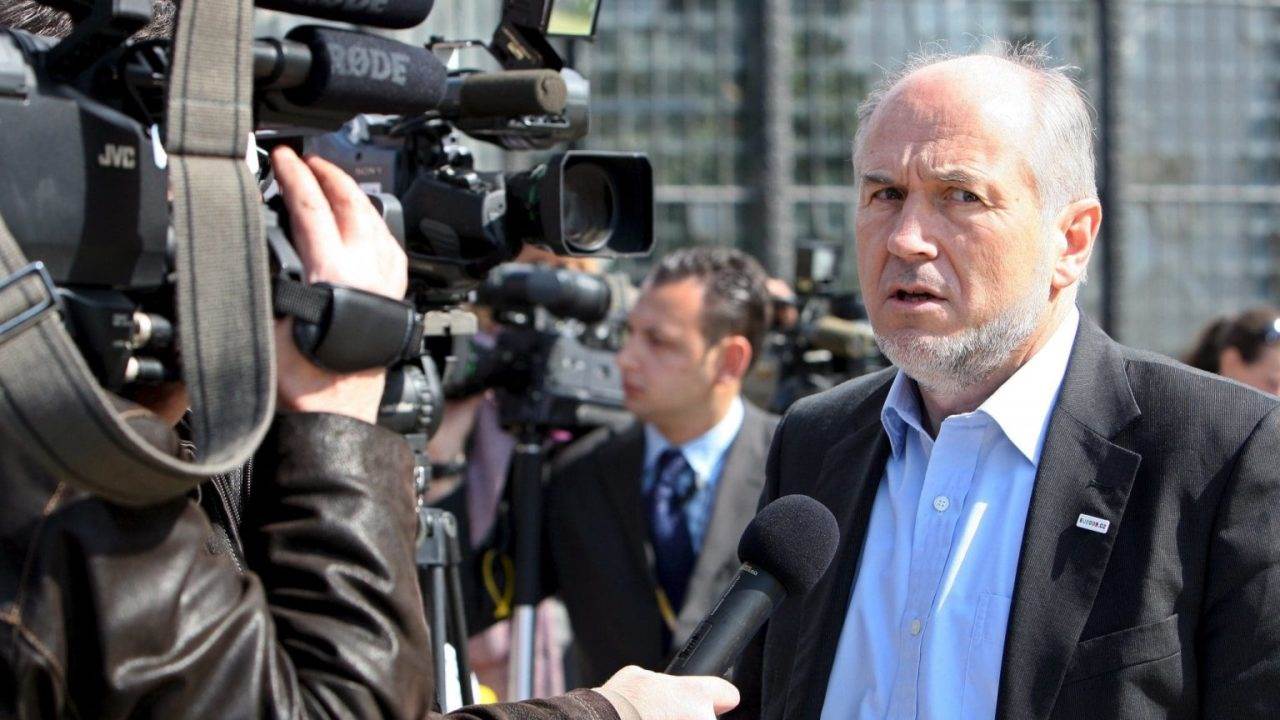 In July 1995, more than 7,000 men and boys from Srebrenica were massacred by Bosnian Serb forces and over 40,000 women, children and elderly people expelled. Verdicts handed down by the International Criminal Tribunal for the Former Yugoslavia, the International Court of Justice and the Bosnian state court have defined the crimes as genocide. However, Bosnian Serb politicians reject this definition.

In its annual progress report on Bosnia and Herzegovina last year, the European Commission raised concern that political leaders in the country continued to deny the facts about war crimes established by the courts and to glorify their perpetrators.

“Revisionism and denial contradict the most fundamental European values,” the report said.

Gacanica said that next time Bosnian politicians say they are in favour of European integration, “we should perhaps recall that those politicians are keeping the society in a state of frozen conflict, practicing the glorification or denial of war crimes and war criminals, contrary to messages from the EU, which directly warns that such practices are unacceptable”.

On the 24th anniversary of the Srebrenica genocide in 2019, High Representative Inzko vowed to advocate for the adoption of the genocide denial law.

“We shall certainly have such a law next year on the 25th anniversary of the genocide [in 2020],” the Austrian diplomat said. But this did not happen.

The Office of the High Representative told BIRN that it regretted that the House of Peoples voted against the legislation this month.

“By adopting this law, parliamentarians in Bosnia and Herzegovina would demonstrate readiness and determination to leave evil in the past and focus on creating a favourable environment for reconciliation and building a better, unburdened future for all Bosnian citizens,” it said.

After the lost vote in the House of People, the spotlight in now on what Inzko will do next, after he declared in November that he will impose the law if it is not adopted by July 11, 2021, the next anniversary of the genocide.

“Let’s be completely clear, I am ready,” he said.