“Literature has a multi-faceted impact on societies like ours,” believes Serbian writer Sasa Ilic, whose most recent novel deals with the enduring traumas of the 1990s wars in a country where political leaders continue to deny the truth about what happened.

“Literature dealing with burning issues that are mostly taboo, such as Yugoslavia, the war, war trauma, war crimes, the abolition of freedom, the creation of a post-war profiteering class that originated in the 1990s and now affects the entire public sphere… of course such literature has liberating potential,” Ilic explained in an email interview with BIRN.

Ilic’s novel ‘Pas i Kontrabas’ (‘The Dog and the Double Bass’) won the prestigious NIN magazine prize for literature in January last year. Even before he was given the award, the announcement that a writer known for his opposition to the nationalist narratives that continue to dominate Serbian society had been nominated sparked controversy.

The main character in the novel is Filip Isakovic, a jazz double-bass player and former Yugoslav People’s Army serviceman, who in the years after the wars is sent to a psychiatric hospital in Serbia.

The story focuses on the inmates of the institution – other 1990s war veterans and a former doctor who was prominent during the era of Slobodan Milosevic’s regime, but also contemporary migrants.

“There are two things that interested me – how the war trauma of the 1990s is dealt with in politics today, and how institutions that are supposed to deal with this problem have been captured [by the ruling party, some of whose officials served in the 1990s regime],” Ilic said.

Ilic was born in 1972, and when the war in Croatia broke out in 1991, he was a conscript in the Yugoslav People’s Army, the JNA.

“I belong to the generation of conscripts who were supposed to enlist [in the JNA] in the autumn of 1991. Despite my efforts to get out of joining the army due to a congenital heart defect, I did not succeed, so I arrived in Kumbor [coastal town in Montenegro, where the Yugoslav military fleet was stationed] one September day in 1991, with the classification ‘partially capable’, which no one in the army ever reviewed,” he recalled.

After “brief training for about 20 days”, Ilic was transferred to a military ship, on which he served until the end of May 1992.

“That means I was a participant in the naval blockade of Croatia during the [JNA’s] land offensive against [the eastern town of] Vukovar on the other side [of Croatia] – about which we, the sailors, received only selective information,” he said.

Ilic was stationed at the Naval Technical Repair Institute in Tivat, where most of the Yugoslav fleet was based. When he arrived, there was already shooting around Prevlaka, a peninsula in southern Croatia near the border with Montenegro, as the war that would cause the dissolution of Yugoslavia started to erupt.

“Our training was held under the dark shadow of the war that was already happening… The Yugoslav Navy’s artillery was shelling Dubrovnik and Ploce [in Croatia] during those nights,” he said.

While promoting his book, Ilic visited Tivat again and went to see Porto Montenegro, a luxury marina and residential complex, which now occupies the location where the navy base once was. The only relic of those times that he could find was an old crane that was no longer in use.

“That evening, the two of us [Ilic and the crane] were the only witnesses who were holding on to the memory of those days. It was a very difficult, emotional encounter with that place for me,” he said.

“That just explains how deeply that trauma has stayed with me. The only people I can share that feeling with are those who have gone through similar things on either side of the war, as well as my readers, for whom it is all difficult, I believe, but also liberating, on some deeper level of the text,” he added.

Stepping away from intolerance 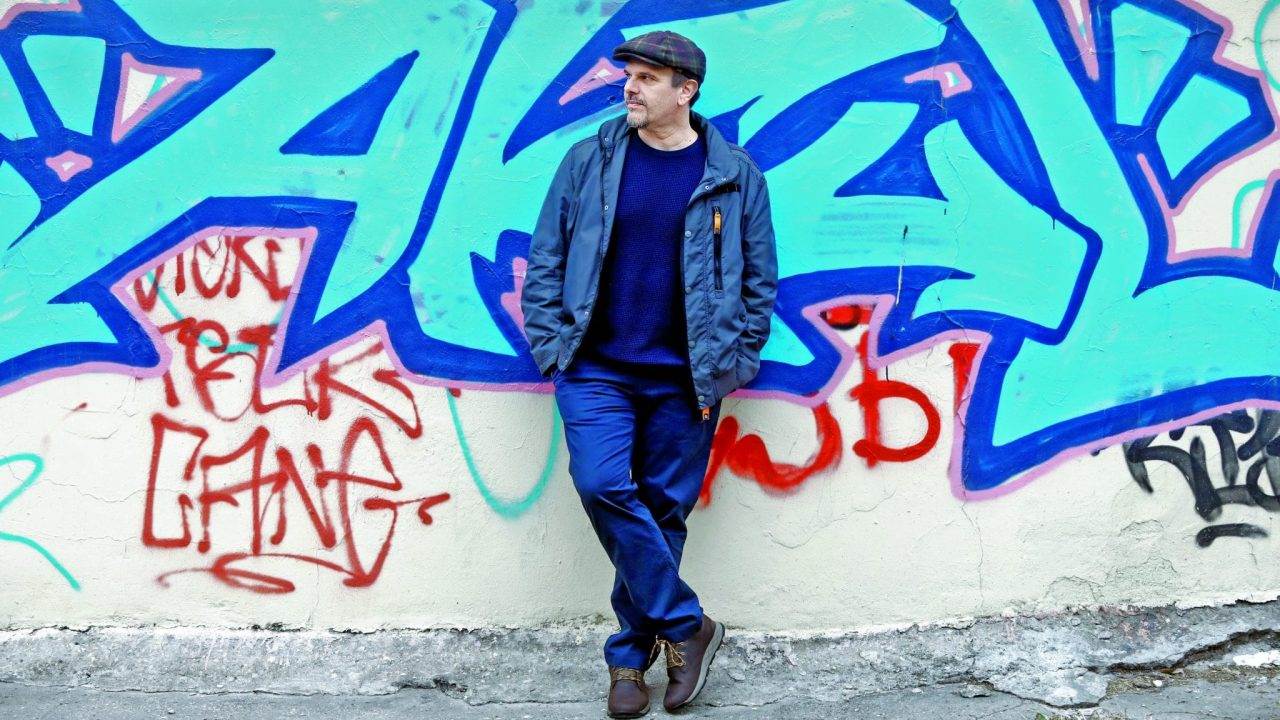 When it comes to dealing with the past, particularly with war crimes, Ilic said that Serbians now “live under a government of elites who care more about covering up their misdeeds from the 1990s than about serving the needs of the public today” – a reference to some senior figures’ role in governments in the war years.

Meanwhile, soldiers who were sent to the front lines or people who fled to Serbia as refugees from other former Yugoslav republics during the wars have been “left to fend for themselves”, he argued.

“Such a situation encouraged me to choose those who came back from the war as my heroes because I thought that only they still hold on to the memories of that war and all the terrible things that happened in it, for which the current government ‘has no time’,” he explained.

“So I treated those heroes as isolated memory units who are on some kind of path to their own downfall, and at some point they find themselves under the auspices of a state project which is supposedly trying to help them.”

Ilic said he believes that the process of facing up to the wartime past in Serbia “was defeated on March 12, 2003”, when Prime Minister Zoran Djindjic, who came to power after the overthrow of Slobodan Milosevic and sent the former president to The Hague to face trial for war crimes, was assassinated in Belgrade by people connected to the 1990s regime.

Since then, the only efforts to deal with the legacy of the 1990s wars have been made “individuals or groups mostly in the NGO sector and underground culture”, he argued.

As well as writing books, Ilic is also one of artistic directors of the Polip International Literature Festival in Pristina, which Ilic described as an “altruistic work by individuals and smaller art groups” in Serbia and Kosovo who decided to do “something contrary to the official nationalist policies that are pursued here”.

“The main effect of the Polip Festival in the relationship between the post-conflict societies of Serbia and Kosovo is primarily in establishing literary communication, the mutual translation of books, organising meetings of authors from the region, and the exchange of literature and ideas,” he said.

“An artist travelling between Belgrade and Pristina is already a step away from the concept of intolerance and the maintenance of a frozen conflict that is nurtured at the official state level,” he added.

The coronavirus pandemic has been devastating for cultural life in Serbia, Ilic said.

“I can say now that the pandemic has shattered the concept on which the contemporary economy is based, destroyed cultural infrastructure and above all devastated the performing arts, but has completely exposed the nature of the regime in power [in Serbia],” he argued.

He described the strict measures imposed by the government in the early months of the pandemic, intended to curb the spread of the virus, as “brutal and undemocratic”. The measures were lifted for parliamentary elections, which were won by the ruling Serbian Progressive Party, but reimposed soon afterwards, sparking protests that resulted in clashes with police.

In the cultural sphere, most events had to move to a virtual format, which Ilic described as a “contactless surrogate”. He added that the experience of having to produce the Polip festival online left him with a “bitter taste”.

“Over this year, I learned what freedom of communication, meeting and debate means, specifically through their absence from the production of the festival,” he said.

‘Pas i Kontrabas’ by Sasa Ilic is published in Serbian by Orfelin.