The International Residual Mechanism for Criminal Tribunals in The Hague has repeated its demand for Serbia to arrest two Serbian Radical Party politicians and send them to stand trial for contempt of the UN court. 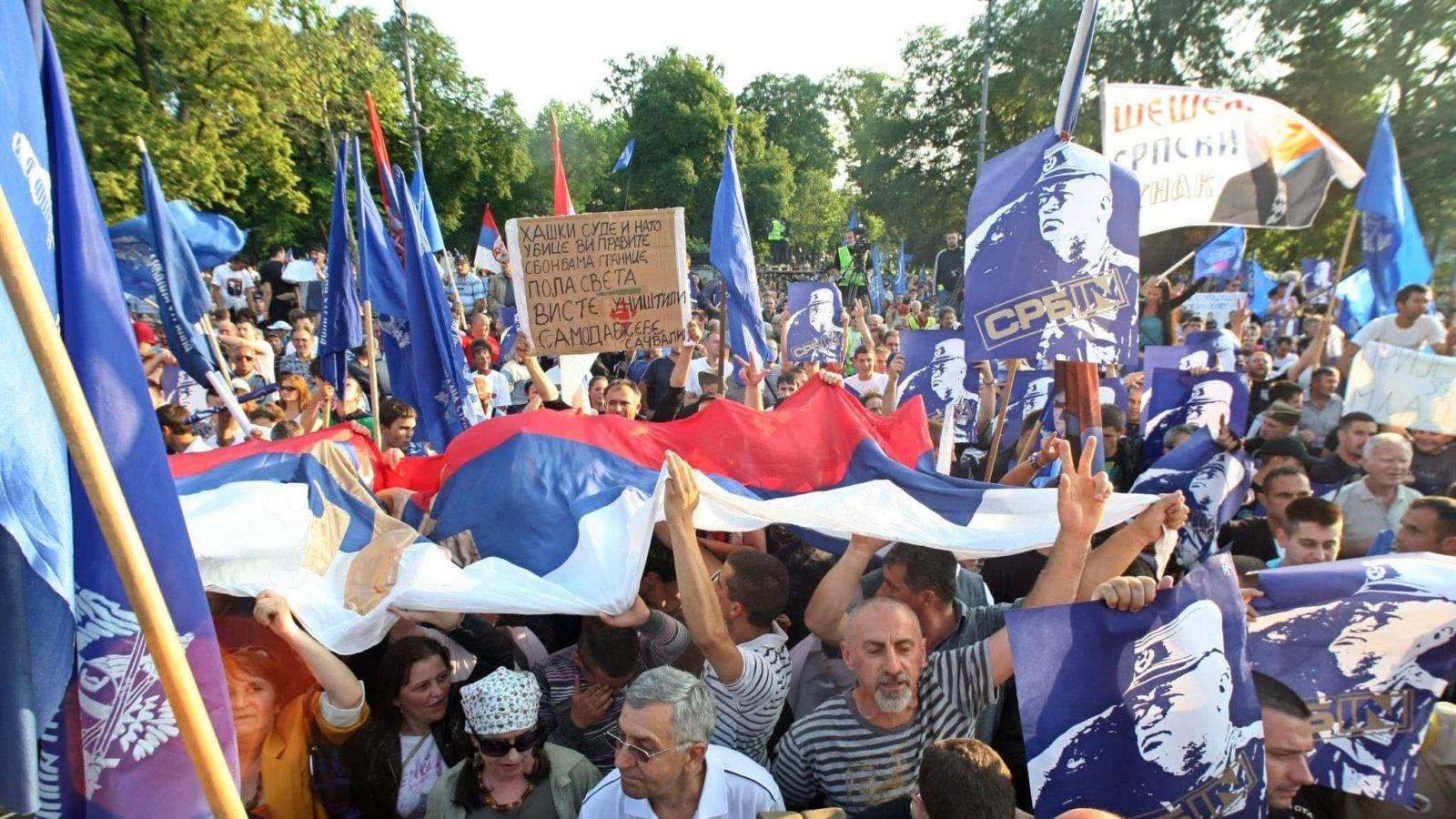 A Serbian Radical Party rally in support of Ratko Mladic in Belgrade in May 2011. Photo: EPA/KOCA SULEJMANOVIC.

Serbia should arrest wanted Serbian Radical Party politicians Petar Jojic and Vjerica Radeta as soon as possible and transfer them to The Hague to face charges, judge Liu Daqun of the International Residual Mechanism Criminal Tribunals said in a ruling on Tuesday.

Judge Liu’s ruling called on Serbia to “execute the arrest warrants and related transfer orders against the accused in order to enable their transfer to the seat of the Mechanism in The Hague without further delay”.

Jojic and Radeta, both former Serbian MPs, are charged with contempt of the Hague court during their party leader Vojislav Seselj’s trial. They are accused of threatening, blackmailing and bribing witnesses to either change their testimonies or to not testify at all.

Seselj was convicted of wartime crimes in April 2018 and sentenced to ten years in prison, but is not serving any jail time because of the years he spent in custody prior to sentencing.

The Serbian authorities have been locked in a dispute with the UN court for several years over the arrest and extradition of the two Radical Party politicians.

The court initially submitted a warrant ordering their arrest in January 2015.

But in May 2016, Belgrade Higher Court ruled that there were no legal grounds for extraditing the Radicals because Serbia’s Law on Cooperation with the Hague Tribunal obliged Belgrade to extradite people charged with war crimes, but not those charged with contempt of court.

In October 2016, the UN court issued an international warrant for the arrest of Jojic and Radeta, saying that Serbia had refused several times to act on its order to arrest and extradite them.

The UN court also reported Serbia to the UN Security Council several times for non-cooperation in the case.

It then made the decision to allow the proceedings to be transferred to Serbia – but this decision was revoked after witnesses said they had concerns about their security.

Judge Liu’s ruling on Tuesday said that Serbia again told the UN court in August this year that it will not arrest the two Radicals because at the time of their alleged offence, “Serbia’s obligation of cooperation [with the UN court] applied to serious violations of international humanitarian law… but not to the crime of contempt”.

Serbia also noted that Jojic and Radeta are no longer MPs after the Serbian Radical Party failed to get into parliament at elections in June this year, and insisted that the Belgrade authorities are “fully prepared” to accept the responsibility of trying their case.

But Liu’s ruling said that despite this, the UN court will not permit Belgrade to try them because “the witnesses maintain their unequivocal unwillingness to testify should the case be referred to Serbia which renders the conduct of the proceedings in Serbia impossible”.

A third Radical Party member who was also accused in the contempt case, Jovo Ostojic, died in 2017.