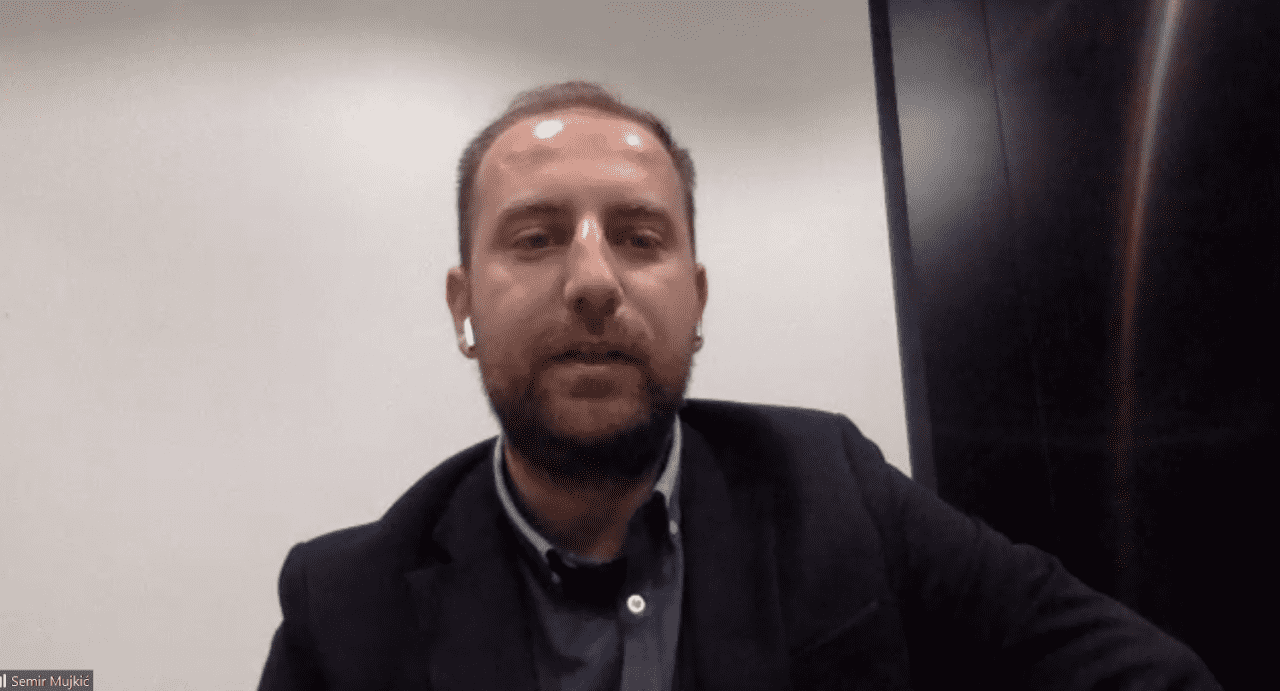 Besides Mujkic, the EU has also awarded Amarildo Gutic, Zurnal journalist, for his film “The Ring around Vitezit”, as well as Azhar Kalamujic, a journalist with the Center for Investigative Journalism, for his research on unlawful work of Sarajevo judges who appropriated abandoned apartments and houses in Sarajevo.

Addressing the participants during the award presentation ceremony, Mujkic said he was honoured to receive the award alongside Gutic and Kalamujic. He gave a special thanks to the EU and ambassador Johann Sattler for insisting on presenting this award year after year.

“The award and acknowledgment are very important to me. This award is also important for the journalistic community, because the state we live in seldom acknowledges the work of journalists, particularly those involved in investigative reporting. Very rarely do we see a reaction from the authorities or prosecution or police. Journalistic awards are seldom organized in Bosnia and Herzegovina. This is one of the few recognitions for our work, months-long research. Colleagues know how much effort and work has to be invested in that,” Mujkic said.

He also thanked his colleagues Emina Dizdarevic and Lamija Grebo, who worked on these stories with him.

“This award represents a great recognition, but also an obligation to do our best in the future,” Mujkic said.

Jury member Zlatan Music said the series of articles represented a unique, original and comprehensive overview of Russian actors, associations and groups and their political supporters in Bosnia and Herzegovina, as well as the dangers posed by extremist groups on the territory of our country.

“The research conducted by Semir Mujkic is very relevant and published at the time when, on the international level, focus is put on dangers coming from Russia. The quality of this series is definitively reflected in its multidisciplinary approach and various methods of research, as well as compliance with the highest journalistic standards,” Music said.

The EU award presentation ceremony was opened by ambassador Johann Sattler, who emphasized the importance of investigative journalism.

The prize-winning investigative articles can be found on the links below: