Young Serbian artist Jelena Jacimovic’s images of victims and survivors of the 1995 genocide of Bosniaks from Srebrenica, inspired by their personal testimonies in war crimes archives, are going on display in Belgrade.

An exhibition of Jelena Jacimovic’s Srebrenica-inspired artworks, entitled ‘ArchiWar: Stories and Memories of the Srebrenica Genocide’, opened at the Centre for Cultural Decontamination in Belgrade on Monday evening.

Illustrator and designer Jacimovic said she was inspired to start the project by a TV report about Amra Begic Fazlic, a genocide survivor who now works at the Srebrenica Memorial Centre, whose father, grandfather and relatives were killed in the massacres by Bosnian Serb forces in July 1995.

Jacimovic’s pictures are illustrations of stories connected to the massacres that she found in the archives of the International Criminal Tribunal for the Former Yugoslavia in The Hague and the Humanitarian Law Centre in Belgrade as well as on the internet, in books and in the media.

“The research in the archives owned by the Humanitarian Law Centre and the materials of the International Criminal Tribunal for the Former Yugoslavia lasted several months. I tried to include personal stories, as well as to educate myself about the facts and court proceedings,” she said.

Jacimovic, who was born in 1992, was a child when the Srebrenica genocide happened but said that she felt a responsibility to do something “because I come from a country where these stories are not heard”.

“Young people in Serbia, and the surrounding area, rarely come into contact with views of the past outside their ethno-national circles. This is particularly devastating for lasting reconciliation in the region as young people are not empowered to fight nationalism and lead the process of dealing with the past,” she explained.

“But there is the impression that this can change, and I hope that I can influence it at least a little with this exhibition and with works that will be created in the future,” she added. 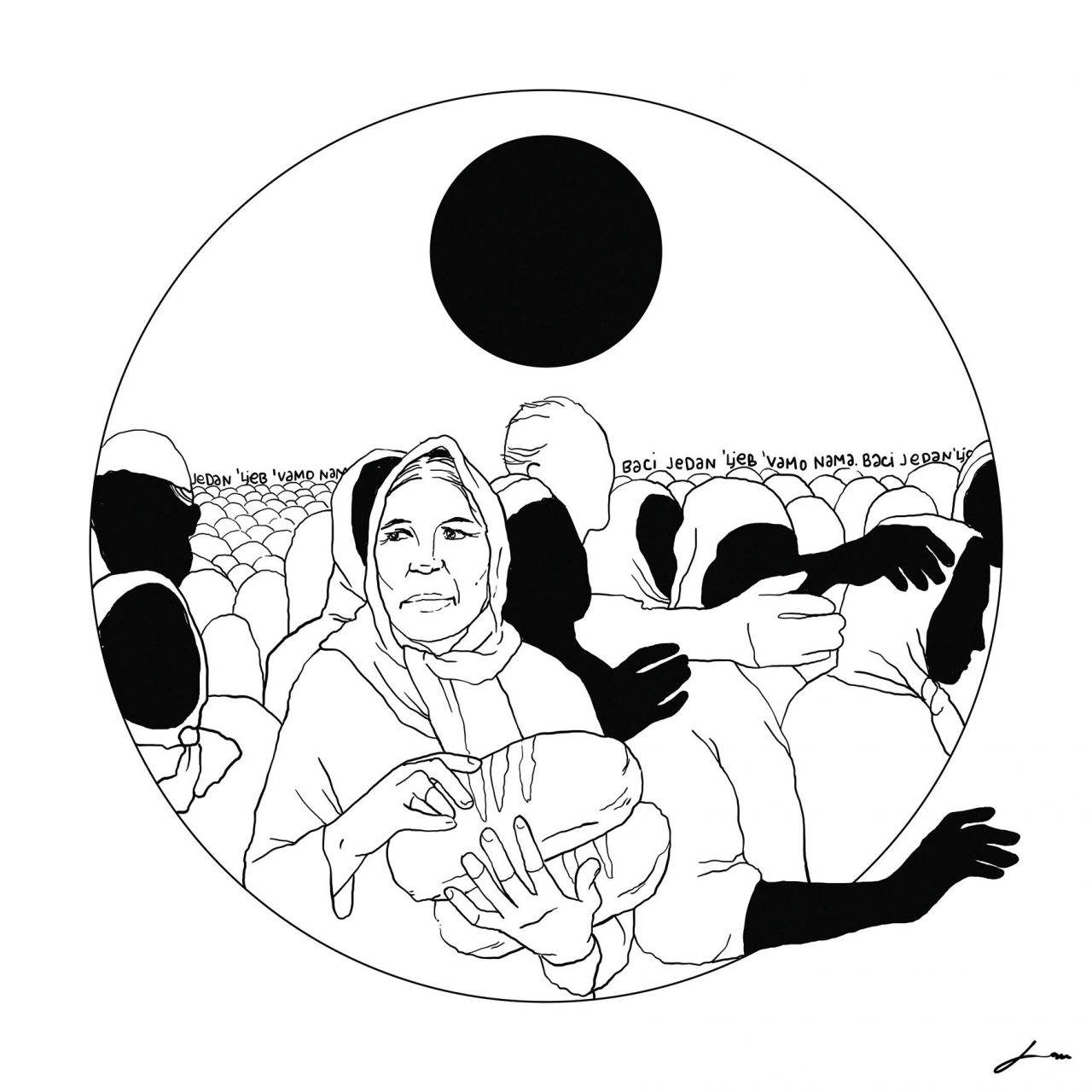 A picture from ‘ArchiWar: Stories and Memories of the Srebrenica Genocide’. Image courtesy of Jelena Jacimovic. 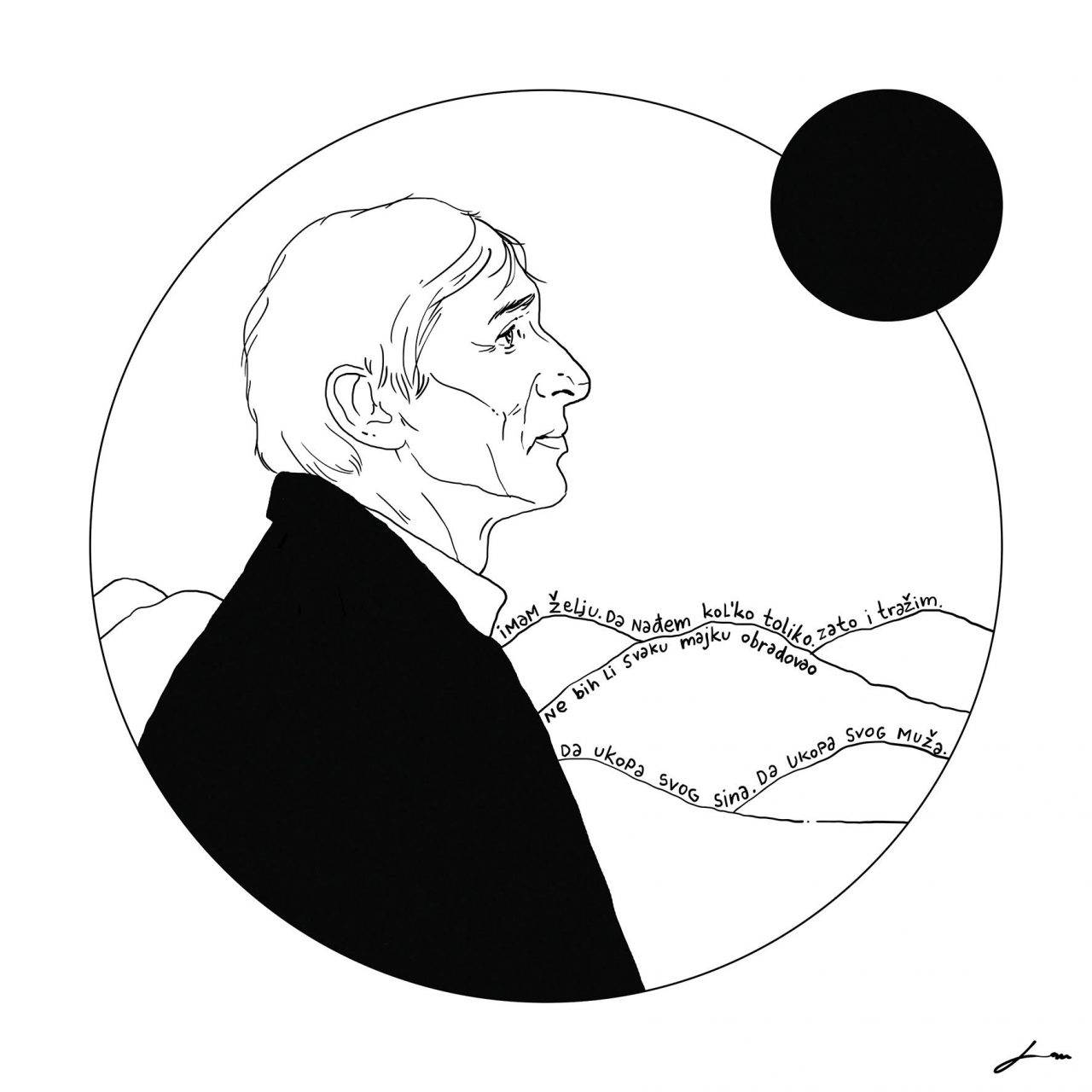 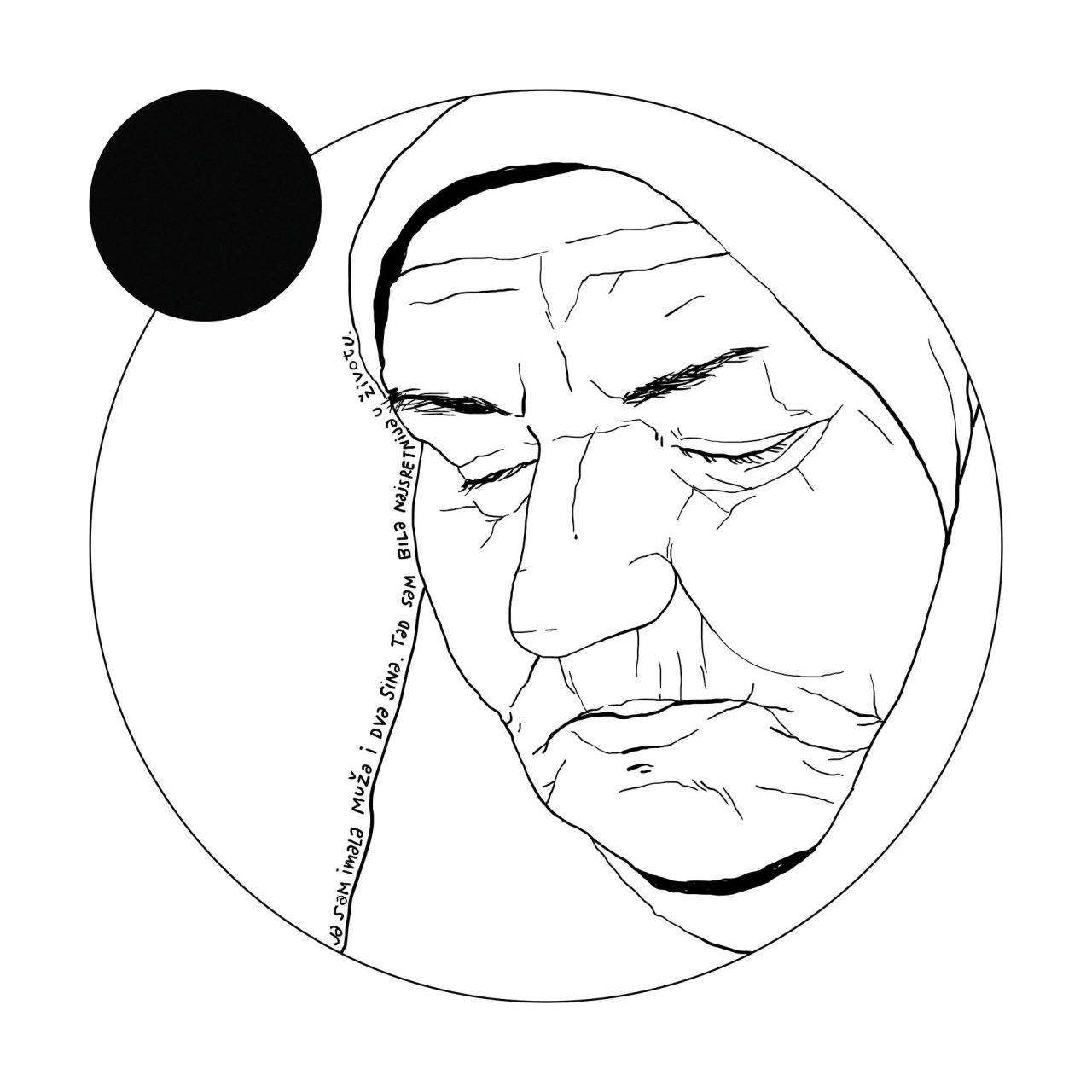 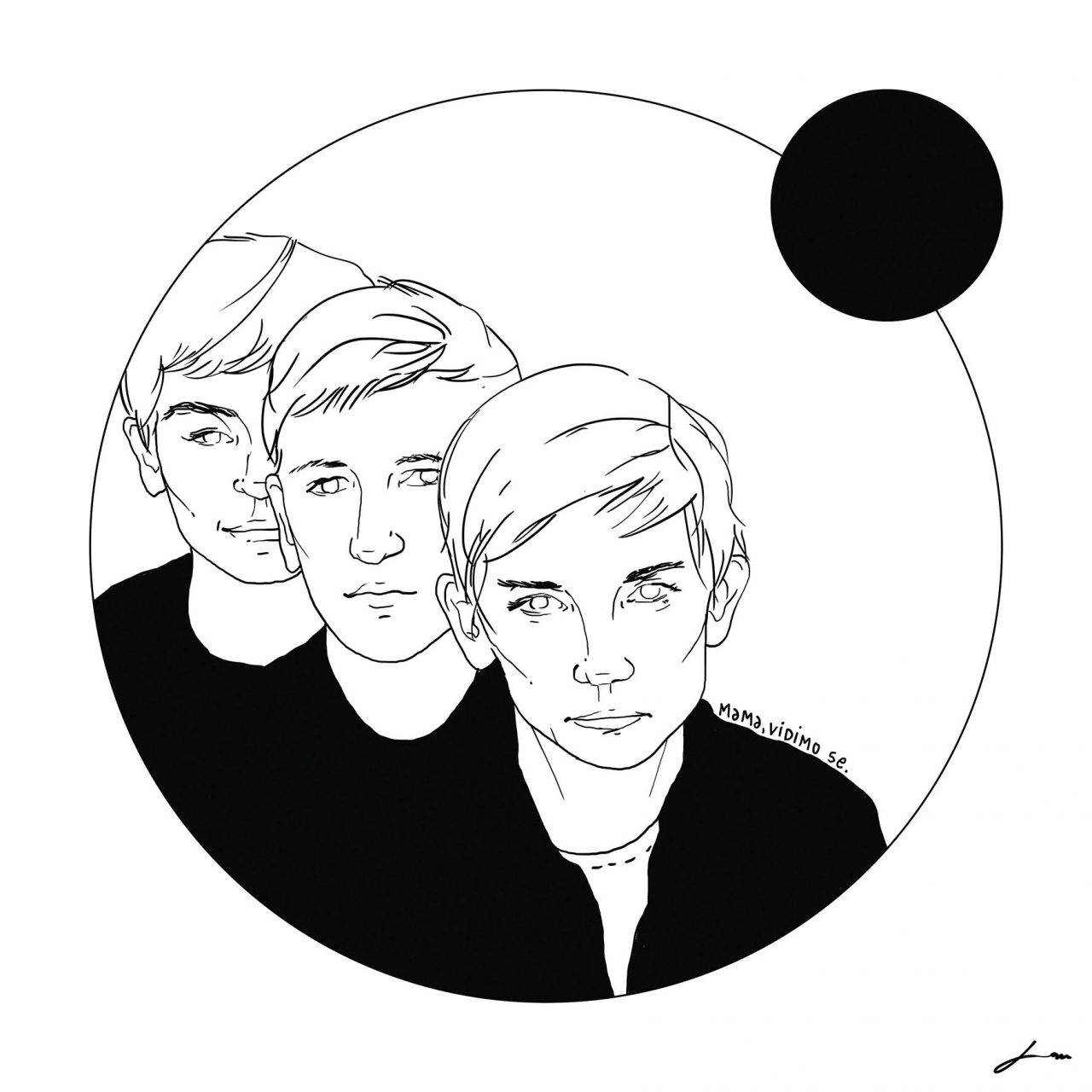 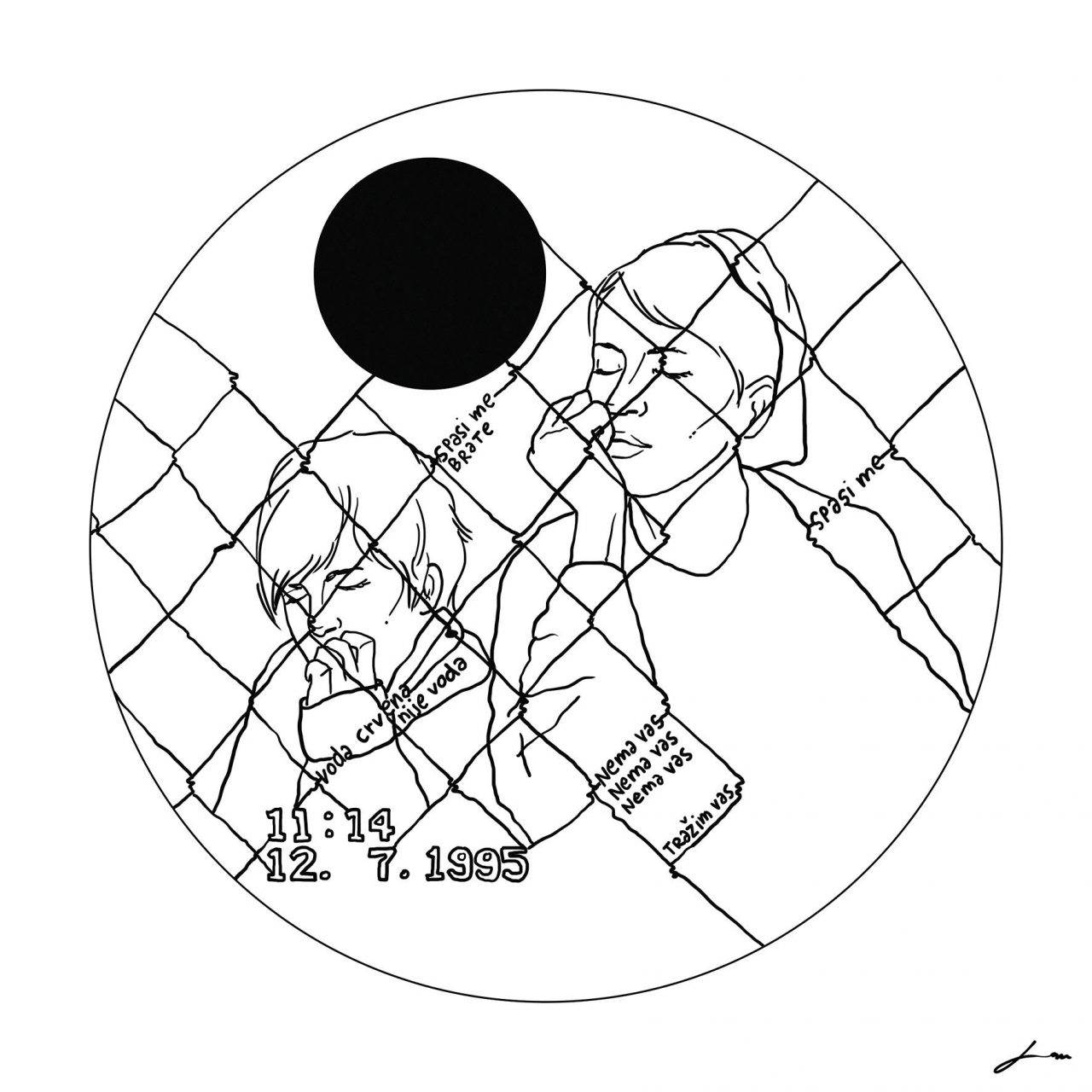