Facebook and Twitter say they are fighting the spread of conspiracy theories linked to QAnon. In the Balkans, the movement is just getting started.

Adis Valjevac says he and his colleagues are fighting “for the ordinary man”, seeking people who think for themselves and, deep inside, “feel that something is wrong on a global scale.”

The US Federal Bureau of Investigation, however, says the original movement Valjevac claims to represent is a domestic terrorist threat.

Less than three years since QAnon surfaced on the toxic message board 4chan, the conspiracy theory phenomenon has reached the Balkans, and Valjevac is one of its flag-bearers in Bosnia and Hercegovina.

Created in May with Valjevac as one of its administrators, Q-ANON Bosna i Hercegovina has some 460 followers and posts roughly 10 times per day, making it a minor player in a major movement.

QAnon Balkan boasts more than 8,500 members, QAnon Srbija [Serbia] has 2,700 and QAnon Hrvatska [Croatia] nearly 7,800. Some of the more popular QAnon pages on Facebook have more than 100,000 followers each. Numbers, however, are not everything.

“You don’t need a large group of people for organisation and demonstration,” said Kevin Grisham, assistant director of the Centre for Research on Hate and Extremism at the California State University in San Bernardino.

“Even if 20, 30, 40 or 50 people feel motivated to do something that is already a considerable power. In the times of virtual activism even a small number of people can have a significant power,” he told BIRN.

“The best example is QAnon, which started as a small group, but now acts globally. The current number of conspiracy theory movements is not so alarming as is the speed at which the number of members, sympathisers and supporters grows.”

From fringe to mainstream 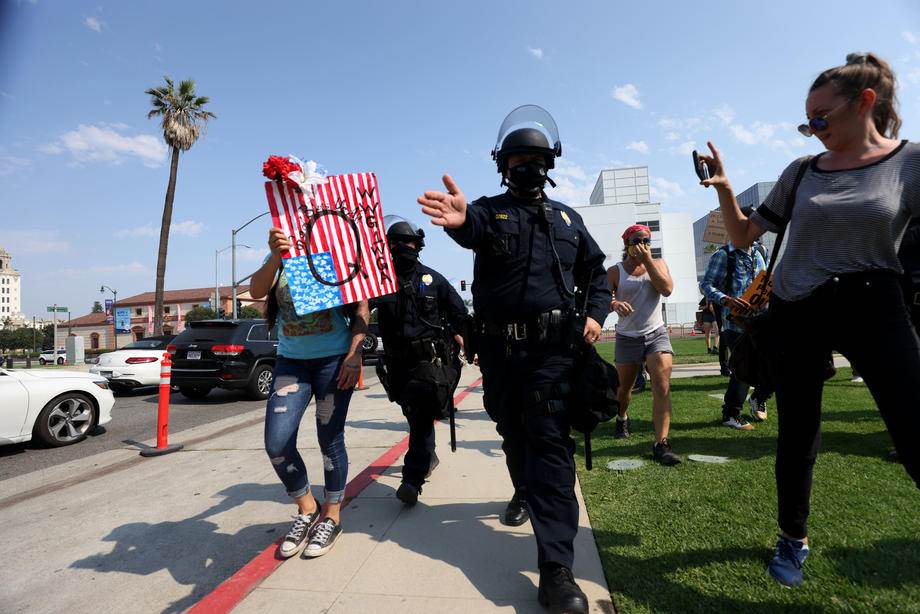 QAnon’s founding myth is that the world is controlled by a circle of paedophiles, Democrats among them, operating a global child sex-trafficking ring and that Donald Trump was anointed to take them down.

First confined to the fringes, its reach has recently exploded, bombarding the Internet with false information about the COVID-19 pandemic, racial tensions in the US and Trump’s bid for re-election in November.

Facebook has removed 790 QAnon groups, 100 pages and 1,500 ads and blocked more than 300 hashtags linked to the movement QAnon. Twitter has removed some 7,000 accounts.

The Bosnian offshoot regularly echoes its far larger US counterparts in claiming that COVID-19 “does not exist”, that parents should resist “forced vaccination” and that the use of 5G mobile technology “will have irreparable consequences for all living creatures on Earth.”

In an interview with BIRN, Valjevac said the group blocks “fake profiles who spam our page with fake information”, but much of the information that is posted is regularly deemed false by Facebook administrators or fact-checkers. On average every tenth post is removed.

Valjevac said that Q-ANON Bosna i Herzegovina has no long-term goals and is currently apolitical.

“We are here to watch and respond fairly to the poisonous propaganda dragging mankind into wars and violence for centuries in the name of rulers whom they have never met but spill their blood for them,” he said.

“Q promotes peace, Q is peace. All this crazy fast-paced world needs is for people to step away from their cell phones, TVs and computers, and think for themselves. Believe me, they would find many illogical things in the world.”

Q-ANON Bosna i Hercegovina finds COVID-19 illogical, calling it a “show” behind which there is a larger “battle between good and evil” playing out.

Likewise, according to this group, George Floyd, the African-American man who died in Minneapolis after a police officer held his knee on his neck for almost eight minutes, triggering nationwide protests, was not in fact killed. “It was all a false flag in order to provoke street wars,” wrote one of the group’s administrators whose public profile describes him as working for ‘Team Trump’.

The administrator did not respond to an interview request sent via Facebook.

In a response to questions from BIRN Facebook said that “the pages and groups against whom measures have been taken are mostly seated in the USA, but also include those seated in a series of states throughout the world, including the Balkans, as well as in other languages, including German and French.” 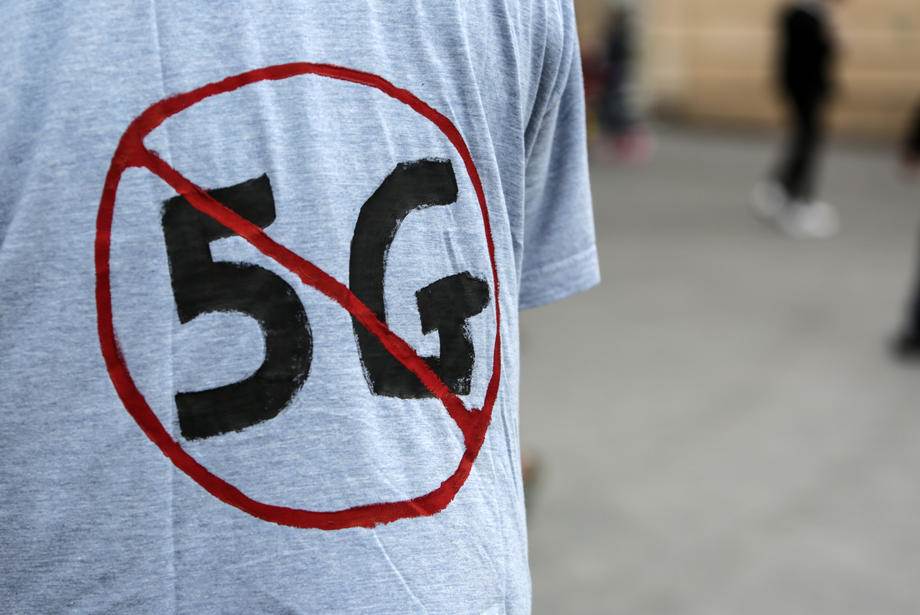 According to Vlado Azinovic, a professor at the Department for Security and Peace Studies at the Faculty of Political Sciences in Sarajevo, conspiracy theories are “often targeted against concrete persons or groups, so in a certain context, they can be used for derogating or dehumanising them, or for encouraging and justifying violence that should be done against them.”

“We should not dismiss a possibility that a conspiracy theory may evolve into an ideology or social order concept, which will be established and maintained through a repressive system of government,” he warned.

“According to available data,” Azinovic told BIRN, “at this moment 69 former and current candidates for the US Congress more or less openly support QAnon, while president Trump claims he knows nothing about the movement. In my opinion, this is worrisome.”

Worrisome too is what Grisham said are efforts to promote a false reality in which certain ‘bad actors’ rule the world.

“If those who promote such reality propose that something has to be done about it, people who believe in that may try to remove those ‘bad actors’. The problem is if the ‘bad actors’ are not bad at all, but are just scapegoats for the conspiracy theory,” he said. “That is a part of the danger of the QAnon movement.”

Psychologist Emina Zuna described another dimension to the conspiracy theory phenomenon in which those who are taken in develop a “feeling of superiority over others” deemed incapable of getting to the truth.

“So it is up to conspiracy theorists to show us the truth and save us,” Zuna said. “This puts them in some sort of a heroic position which flatters their ego and makes them a group of ‘chosen ones’.”

This becomes dangerous when “people who act in accordance with conspiracy theories in which they believe or in which their voters believe find themselves in decision-making positions.”

“If a number of people believe that Gates will chip them through the anti-corona vaccine, a politician will appear who will promise, if they elect him, to take care that nobody will force them to be vaccinated. And, perhaps, such person will become a health minister … And, voila, there are the consequences,” Zuna told BIRN.

“In the same way a revision of scientific facts or introduction of creationist and conspiring content in textbooks can happen. It can then affect the children and irreversibly impair their worldview. It seems to me that we are not far from that or at least it could easily happen.”