North Macedonian arrested three alleged Islamic State sympathisers and returnees from Middle East conflict zones, and seized a cache of explosives and weapons that they are suspected of having planned to use for attacks. 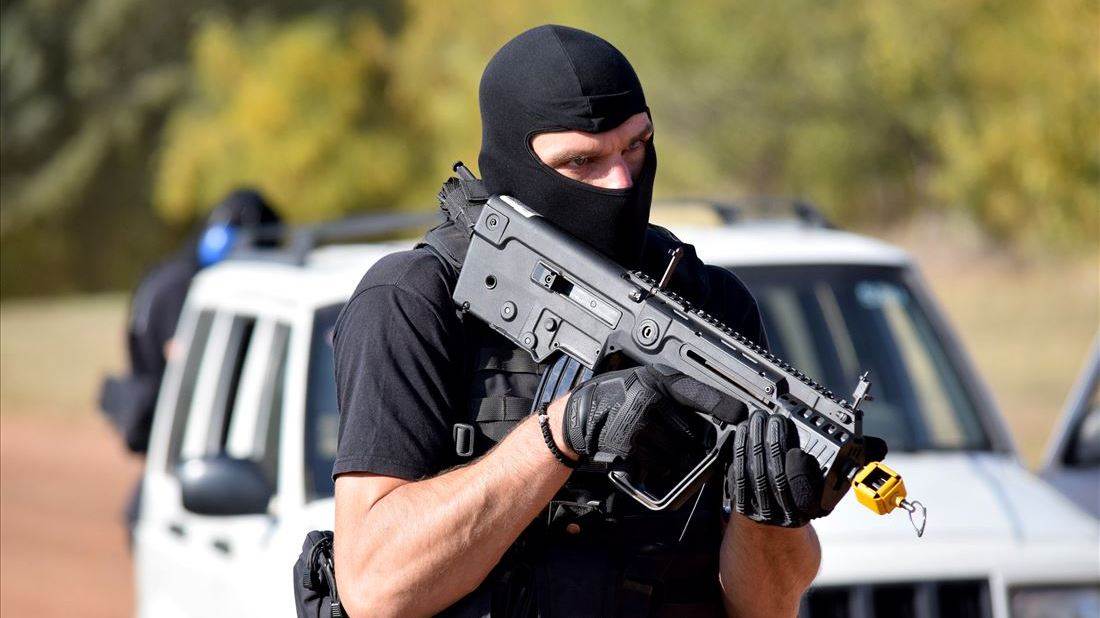 The Interior Ministry announced on Tuesday that three people, Macedonian nationals from the north-eastern town of Kumanovo, were arrested in an anti-terrorist operation carried out by the police the previous day in cooperation with the National Security Agency and the Public Prosecutor’s Office for Organised Crime.

“B.A., V.A. and E.Lj. are recidivists, ie. returnees, persons who have previously committed the crime of participation in a foreign army, police force, paramilitary or para-police group,” the Interior Ministry said in a statement.

It added that the three suspects have already served prison sentences in North Macedonia for their previous crimes.

During the operation to arrest them, the police found various firearms, ammunition and hand grenades, as well as explosives, tactical vests and other equipment, plus a flag with Arab letters on it.

The weapons cache was found near a local road close to the village of Biljanovce, near Kumanovo.

The head of North Macedonia’s National Security Agency, Viktor Dimovski, briefed reporters on Tuesday that the initial information is that the weapons and explosives found during the raid were planned to be used for terrorist attacks on institutions in the country.

The prosecution said that it has already ordered forensic analyses of the seized weapons and equipment and that the suspects will be brought before a judge to rule on the prosecution’s request for a custody remand.

According to North Macedonia’s National Coordinative Body for Prevention of Violent Extremism and Fight Against Terrorism, the country has so far identified over 150 people who participated in fighting in Iraq and Syria. A total of 35 of them are believed to have died there.

Many of the others have since returned to their home country and some have been jailed.

The most prominent case, codenamed ‘Cell’, in which 11 people were sent to jail in 2016, concerned a group found guilty of recruiting people to fight in Iraq and Syria and of participating in foreign paramilitary forces.