War crimes in the village of Zepa just after the Srebrenica massacres in July 1995 were initially tried as genocide, but the charge was eventually dropped, and 25 years on, most suspects have never even been indicted.

A few days after the Bosnian Serb Army and police seized Srebrenica and then massacred over 7,000 Bosniak men and boys in the worst atrocity in Europe since World War II, they also took the village of Zepa, around 50 kilometres away by road.

The attack on Zepa formed part of the charges against the assistant commander for security and intelligence affairs at the Bosnian Serb Army’s Main Headquarters, Zdravko Tolimir, who was tried at the International Criminal Tribunal for the Former Yugoslavia, ICTY in The Hague.

When the Hague Tribunal handed down its first-instance verdict in Tolimir’s trial, it described the three high-profile murders as part of a genocide.

“Removing [Zepa’s] civilian population, destroying their homes and their mosque, and killing three of their most prominent leaders, was done with the purpose of ensuring that the Bosnian Muslim population of this enclave could not be able to reconstitute itself. They were killed with the intention to destroy this population,” the first-instance verdict said.

The verdict also stated that the murder of army officer Palic, a key defender of the local population in Zepa, was specifically intended to serve as a symbol that there was no hope for the local Bosniak population’s survival. The ICTY found that Tolimir was responsible for committing genocide against Bosniaks in Zepa as well as against Bosniaks from Srebrenica.

But several years later, when the tribunal handed down the second-instance verdict in the Tolimir trial, it concluded that he did not commit genocide in Zepa after all.

Twenty-five years after the attack on Zepa, those who survived are still aggrieved by this U-turn by the Hague court.

Amir Omerspahic, who in July 1995 was a soldier with the Bosnian Army’s Zepa Brigade, argues that an injustice has been done to the Bosniaks of Zepa – particularly because the Bosnian state prosecution has never opened any investigations or filed any indictments for crimes committed in the village during the war.

The first-instance verdict in the Tolimir trial stated that the attack on Zepa followed the same pattern as the taking of Srebrenica just a few days beforehand, with threats and expulsions forcing the local Bosniak population out of an enclave that was supposed to be a UN-protected ‘safe zone’. Some of the same Bosnian Serb forces were also involved.

The verdict said that when Bosniaks in Zepa heard what had just happened in Srebrenica, they were “in panic” and fled to seek refuge outside the village.

On July 13, 1995, while the Srebrenica massacres were still ongoing, Tolimir met representatives of the Zepa Bosniaks’ wartime leadership. “Tolimir informed them that the only alternative to the ‘evacuation’ of the population was the use of military force by the VRS [Bosnian Serb Army],” the first-instance verdict said.

It also said that the Bosnian Serb Army attacks on surrounding villages had already led to the destruction of at least 30 homes, causing additional fear among the local population.

After Tolimir’s terms were rejected and Zepa’s Bosniaks refused to leave, the Bosnian Serb Army shelled the centre of the village and took control of posts set up by the UN Protection Force, UNPROFOR.

“In the days thereafter, the VRS [Bosnian Serb Army] exerted pressure on the civilians hiding in the woods to return to Zepa in order to be transported out of the enclave,” the first-instance verdict said.

Following the failure of a second meeting, the Bosniaks’ representatives were “forced to sign an agreement” on the disarmament of Bosnian Army troops in Zepa and the compulsory ‘evacuation’ of the civilian population.

“From July 25 to 27, under the direct authority of Tolimir, who was present in Zepa throughout the entire operation, nearly 4,400 women, children and elderly were forcibly removed from the Zepa enclave,” the first-instance verdict stated.

The women and children were taken away by the Bosnian Serbs on buses, while Omerspahic and other Bosnian Army soldiers tried to escape, crossing the River Drina and entering Serbia, where he was then detained in a prison camp until January 1996.

In April 2015, when the ICTY’s appeals chamber finally acquitted Tolimir of genocide in Zepa, it ended survivors’ hopes that the crime would be proven in court.

Tolimir was however convicted of the Srebrenica genocide, and of participating in a joint criminal enterprise that involved the persecution of Bosniaks from the Zepa area, and jailed for life. The year afterwards, he died in the Hague Tribunal’s detention unit. 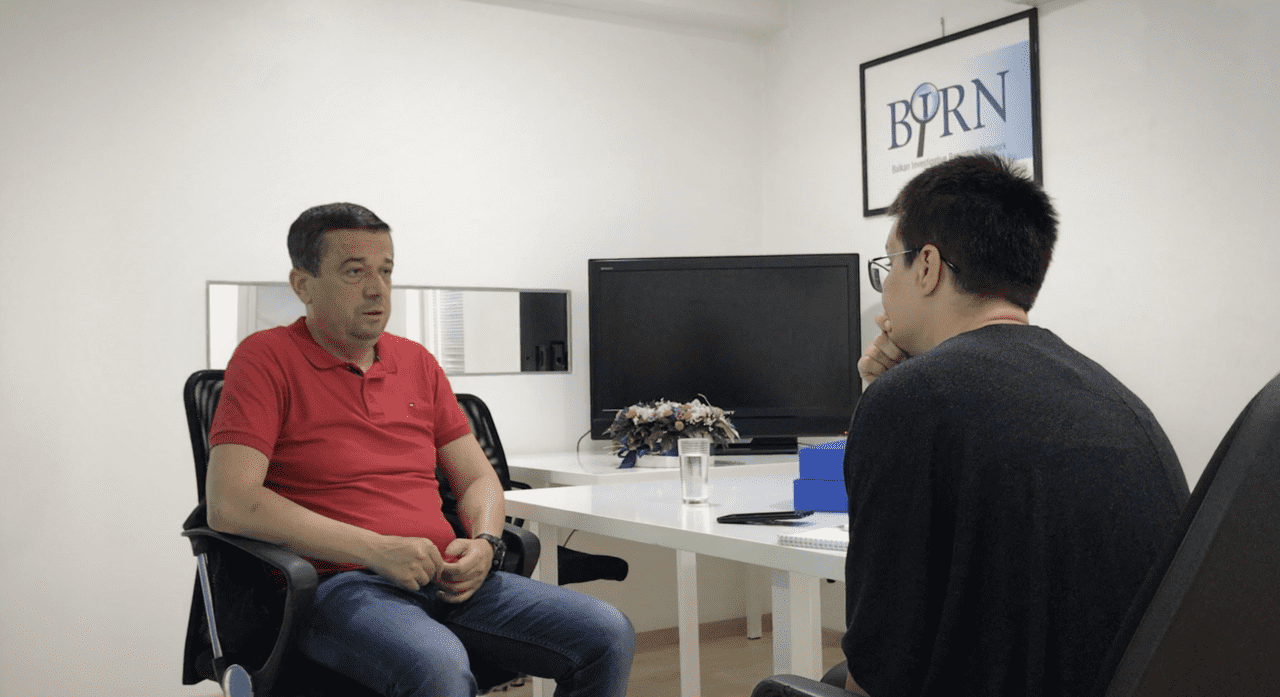 Zepa excluded from the genocide narrative

Lawyer Miodrag Stojanovic, who worked on several genocide cases at the ICTY and the Bosnian state court, said that while Srebrenica was a “clear case” for the Hague Tribunal, proving genocide was committed in Zepa would have involved “very risky argumentation”.

“When you sum it up as part of [a crime of] persecution – the destruction of an ethnic group, with several thousand people being killed – then Zepa could be considered genocide as an adjunct to what happened with Srebrenica, but you could do that with some other incidents [in the Bosnian war] in the same way, which would be very dubious in legal terms, and I think that the Tribunal simply did not want to take a risk with such a possibility and just eliminated the story about Zepa,” Stojanovic said.

But in the opinion of Becir Heljic, the only surviving member of the wartime administration of Zepa, the murder of the village’s three leading Bosniaks shows that genocide was committed in Zepa “because they killed the commander, the municipality president, the civil protection president, and they killed representatives of the military and political authorities”.

According to ICTY documents, it was determined by DNA analysis that the remains of Mehmed Hajric, Amir Imamovic and Avdo Palic were among those of nine bodies exhumed from a mass grave in Vragolovi, near Rogatica in eastern Bosnia, in November 2001.

Autopsy reports indicated that all three bodies had bullet wounds and that their deaths were caused by head injuries. Palic was reburied in 2009 at a high-profile ceremony in Sarajevo.

Palic’s wife Esma Palic testified at the trial of Tolimir at the ICTY and explained that on July 25, 1995, she got on a bus in the last convoy that left Zepa that day.

When asked by the judge why Palic had not come with her but instead had parted from her at the so-called ‘separation line’ and returned to Zepa, she explained that it was a question of honour.

She told the tribunal that “if he had left Zepa, if he had left all his troops behind, all those people with whom he had defended Zepa so many times, the people who trusted him and their families, according to his moral criteria and mine, it would have been unbearable for him to leave those friends and associates behind with their families and children to save himself and his own family”.

The Bosnian state court has confirmed that it has not tried anyone for war crimes or genocide in Zepa, while the state prosecution has never filed an indictment charging anyone with committing crimes in the area during wartime.

However, state prosecution spokesperson Boris Grubesic said that investigations in several cases related to war crimes committed in Zepa in 1992 and 1995 are underway.

Amir Ahmic, the liaison officer to the Hague prosecution for the Bosniak member of Bosnia’s tripartite presidency, said that the tribunal’s judgments are full of information about perpetrators of crimes in Srebrenica and Zepa.

“I know there is a team at the prosecution of Bosnia and Herzegovina dealing with Srebrenica and Zepa. Of course it’s a lot of work [to build a case], but if someone wants to do it, they can,” Ahmic said.

Murat Tahirovic, president of the Association of Victims and Witnesses of Genocide, an organisation representing war victims, expressed deep disappointment that some suspects who should have been indicted have been left at liberty since the Hague Tribunal stopped issuing charges more than 15 years ago.

“In 2004, the Hague Tribunal stopped filing indictments and that fact actually meant that a number of those who were responsible not only for Srebrenica, but also for Zepa, were missed. Those proceedings should have been continued by the prosecution and court of Bosnia and Herzegovina,” Tahirovic said.

“The biggest responsibility to prosecute crimes committed in Zepa rests with the prosecution of Bosnia and Herzegovina.”