Vojislav Seselj – convicted in 2018 of inciting war crimes in the village of Hrtkovci in 1992 – will no longer have a seat in Serbia’s parliament, after his Serbian Radical Party failed to win enough votes in elections held on Sunday. 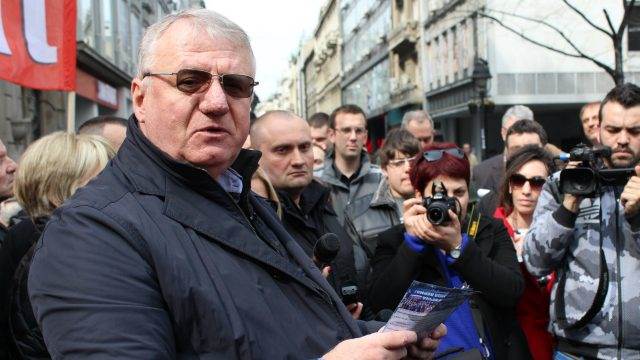 Serbian ultra-nationalist Vojislav Seselj, leader of the Serbian Radical Party, SRS, and convicted of war crimes in 2018, will no longer have a seat in the Serbian parliament after his party failed to win enough votes to cross the threshold in elections on Sunday.

According to incomplete results, the SRS won only just over 2 per cent of the votes, which was below the 3-per-cent threshold needed to enter the assembly.

Seselj has been an important figure in political life in Serbia since the early 1990s. He and his SRS were a factor in the Serbian parliament during the rule of Slobodan Milosevic, sometime acting as an opposition party and sometimes being part of the ruling coalition. He was deputy prime minister from 1998 to 2000.

In 2003, Seselj surrendered voluntarily to the International Criminal Tribunal for former Yugoslavia, ICTY, in the Hague, to answer charges of having committed war crimes during the former Yugoslav wars of the 1990s, when he was an ardent exponent of the Greater Serbian ideology and patron of paramilitary forces fighting in Croatia and Bosnia.

His trial dragged on for years and did not even start until 2007. Meanwhile his party continued to enjoy good results in elections until 2014, when for the first time the SRS did not succeed in entering the parliament.

That year, Seselj returned to Serbia after the UN court freed him from detention during his trial and allowed him to return home for cancer treatment. In snap elections that followed in 2016, the SRS made it back into parliament again.

In 2016 the ICTY acquitted Seselj of war crimes. But in April 2018, the successors to the ICTY, the Mechanism for International Criminal Tribunals, answering an appeal, reversed the verdict and sentenced Seselj in absentia to ten years in prison for inciting war crimes against ethnic Croats in the Serbian village of Hrtkovci in 1992. However, because of the years he had already spent in custody, he did not have to serve the sentence.

By law in Serbia, if an MP receives a prison sentence longer than six months, his mandate must end. But the law has never been applied to Seselj.

During his time in parliament, he has denied that genocide took place in Srebrenica, in Bosnia, among other things. In February 2019, he rallied his supporters in front of Belgrade’s Higher Court ahead of a hearing in the trial of an ex-policemen for the massacre of Bosniaks from Srebrenica in the village of Kravica in 1995.

The ruling Serbian Progressive Party  was established by two former close associates of Seselj’s, Aleksandar Vucic and Tomislav Nikolic, who left the SRS and formed a new party.