Because the coronavirus pandemic caused delays to appeal hearings, the final verdict in former Bosnian Serb military chief Ratko Mladic’s trial for genocide and other wartime crimes will not be delivered until next year. 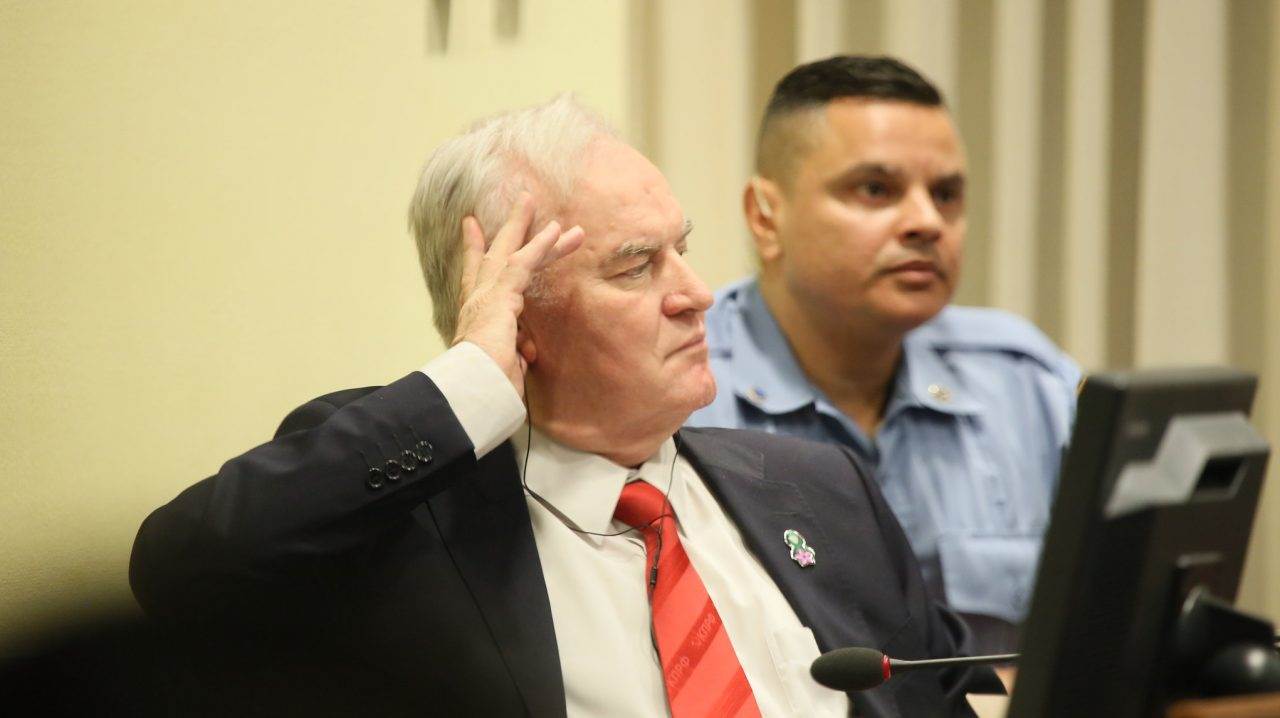 The president of the Mechanism for International Criminal Tribunals in The Hague, Carmel Agius, told the UN Security Council on Monday evening that the final verdict in the Ratko Mladic trial will be delivered nine months after appeals hearings are finally held.

The dates for the appeals hearings have not yet been set due to the coronavirus pandemic, which means that Mladic’s verdict cannot be handed down until next year. Agius did not offer any possible date for the verdict.

The verdict in the retrial of former Serbian state security chiefs Jovica Stanisic and Franko Simatovic will also not be delivered until 2021, Agius said.

Despite the UN court’s efforts to continue its work as much as possible during the pandemic, “cases that were on track to conclude by the end of this year are now expected to conclude in the first part of the next”, he explained.

The court sentenced Mladic to life imprisonment in November 2017, finding him guilty of genocide of Bosniaks from Srebrenica in 1995, the persecution of Bosniaks and Croats throughout Bosnia and Herzegovina, terrorising the population of Sarajevo during the siege of the city, and taking UN peacekeepers hostage.

Last month, the court postponed the appeals hearings until further notice because of travel restrictions imposed due to the coronavirus pandemic.

It was due to hear defence and prosecution appeals on June 16 and 17, but said that some judges could not attend because there were no flights that would get them to the Netherlands in time to meet quarantine requirements before the hearings.

It also said that was not advisable for Mladic, who is 77 and has had several illnesses, to attend the hearings as he is in a ‘high risk group’ due to his age and medical history. Mladic has had several serious medical problems while in detention in the Netherlands and has suffered two strokes and a heart attack.

The appeals hearings had already been postponed once before this year because the former Bosnian Serb military chief needed a colon operation.

Meanwhile Agius told the UN Security Council on Monday that the trial of former Serbian state security chiefs Jovica Stanisic and Franko Simatovic will resume on July 7, and that all the remaining witnesses can be heard before the end of 2020, although the verdict will be handed down next year.

“The trial judgement is expected by April 2021,” Agius said.