The defence team for Senad Kasupovic, who is accused of going to fight in Syria with Islamic State, is negotiating a plea bargain with the Bosnian state prosecution. 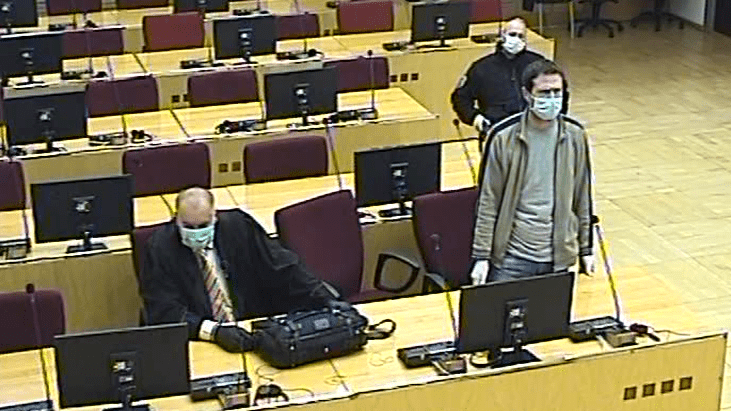 Prosecutor Cazim Hasanspahic said that he was meeting Kasupovic’s defence team after the hearing on June 3, adding that he will inform the trial chamber about the outcome of the negotiations.

Kasupovic is accused of terrorism for joining the so-called Islamic State.

He was one of seven Bosnians deported from Syria at the end of last year, and defence teams for the suspects have said they are trying to reach plea bargains.

According to the charges, Kasupovic travelled from Bosnia and Herzegovina to Turkey on July 12, 2013 and illegally crossed the Syrian border with the intention of fighting for Islamic State, which was declared a terrorist organisation by the UN on May 30, 2013.

The indictment alleges that Kasupovic participated, under the name of Muatesim, in terrorist activities, fighting for the Bejt Komandos Unit, which was later renamed El-Aksa.

At the trial hearing on June 3, two State Investigation and Protection Agency (SIPA) investigators described how three witnesses identified Kasupovic on photographs that were presented to them.

They said the witnesses had mentioned the defendant in their earlier statements, so they were subsequently invited the identification.

The inspectors requested that their names not be published due to the nature of their work.